The company is going back to its contract-brewed roots, without a brick-and-mortar presence. 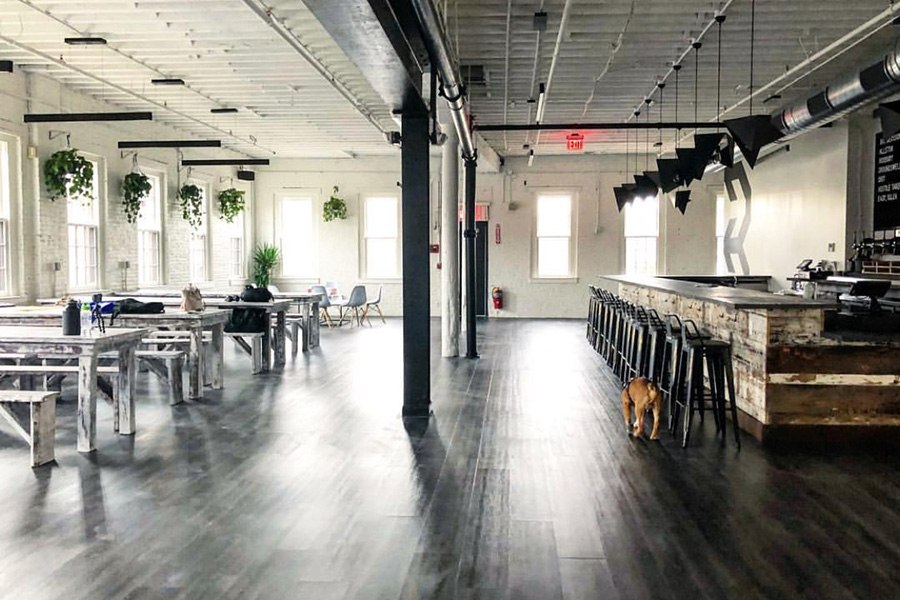 Boston is down one of its best brewery taprooms. After just more than a year in business, Backlash Beer quietly closed down its Roxbury taproom in December. But it’s not the end for the beer company: Backlash just shared that it will return to its contract-brewery roots and continue distributing packaged and draft beers around Massachusetts and Maine.

Helder Pimentel and Maggie Foley started Backlash in 2011, brewing IPAs, stouts, and beers like Groundswell Belgian saison at facilities in Holyoke, Pawtucket, R.I., and more recently, Dorchester. They put down roots in the Newmarket area of Roxbury in 2016, crowdfunding in part to raise capital to open their first brewery on the ground level of Feldman Surveyors headquarters.

After construction delays, the taproom finally opened in September 2018—and was a worthy home for the cool brand. Stark white walls hosted local art, windows let in ample natural light and helped hanging greenery thrive, and rustic beer hall tables and the bar were hand-hewn by Pimentel and his father. It was a go-to place for Sunday football, and it also housed pinball machines and other games.

In October, beer industry news website Brewbound reported that for a couple months, Backlash’s landlord had been advertising the Hampden Street taproom space for lease. Reached today, building owner Michael Feldman declined to comment. An employee at Feldman’s office confirms the space is still for lease.

Pimentel and Foley have not responded to multiple requests for comment from Boston. So it seems that today’s statement on Instagram will be their final word on the taproom closure. It reads, in full:

Hi folks,
We have some news to share. As you may have noticed, over the holidays we quietly closed the taproom for good. But that doesn’t mean we’re done brewing — we started as a small contract brand in 2011, and that’s what we’ll continue to do moving forward. You’ll still be able to find our beer on the shelves of your local beer shop and on draft in Massachusetts, Maine, and beyond.

We’ll continue to share info about new beers, events, and where to find us, but we won’t be sharing further details about our taproom closing here. Please know that your support with every single visit, conversation, and pint shared has meant so much to us.