Weekly Digest: 7 End-of-the-Year Restaurant Closings and Openings You Might Have Missed

It’s a busy time to be a food lover in Boston. Here, an easily digestible roundup of the restaurant news stories you need to know to have a delicious week. (And if you missed the last installment of the Digest, check it out here.) 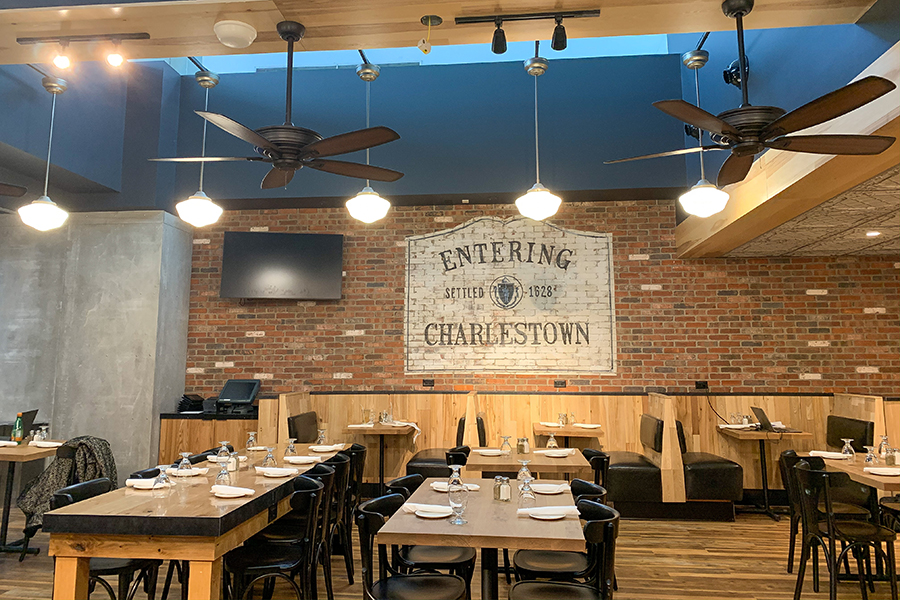 The end of the year marked the end of the road for a handful of local spots. But before we get to those details, here is some good news: Charlestown favorite Monument Tavern has landed at Logan Airport. Debuting the weekend before Christmas, Monument Logan brings many menu favorites to Terminal B (American Airlines), from apps like kung pao Brussels sprouts and arancini carbonara, to pizzas, sandwiches, and entrees like slow-braised beef short ribs with creamy cheddar mac and cheese. The airport outpost also offers some of Monument’s beloved brunch offerings, including avocado toast with shaved Brussels sprouts and mango salsa, for breakfast daily from 5-10:30 a.m. At Terminal B, Monument joins new locations of Temazcal Tequila Cantina, chef Jody Adams’ Mediterranean restaurant Trade, chef Michael Schlow’s Tico, B.Good, Otto Pizza, and Sullivan’s Castle Island. These openings are part of a major upgrade to the Logan dining scene, which will be complete soon with the arrival of a Boston Public Market outpost. Stay tuned for the BPM’s opening. 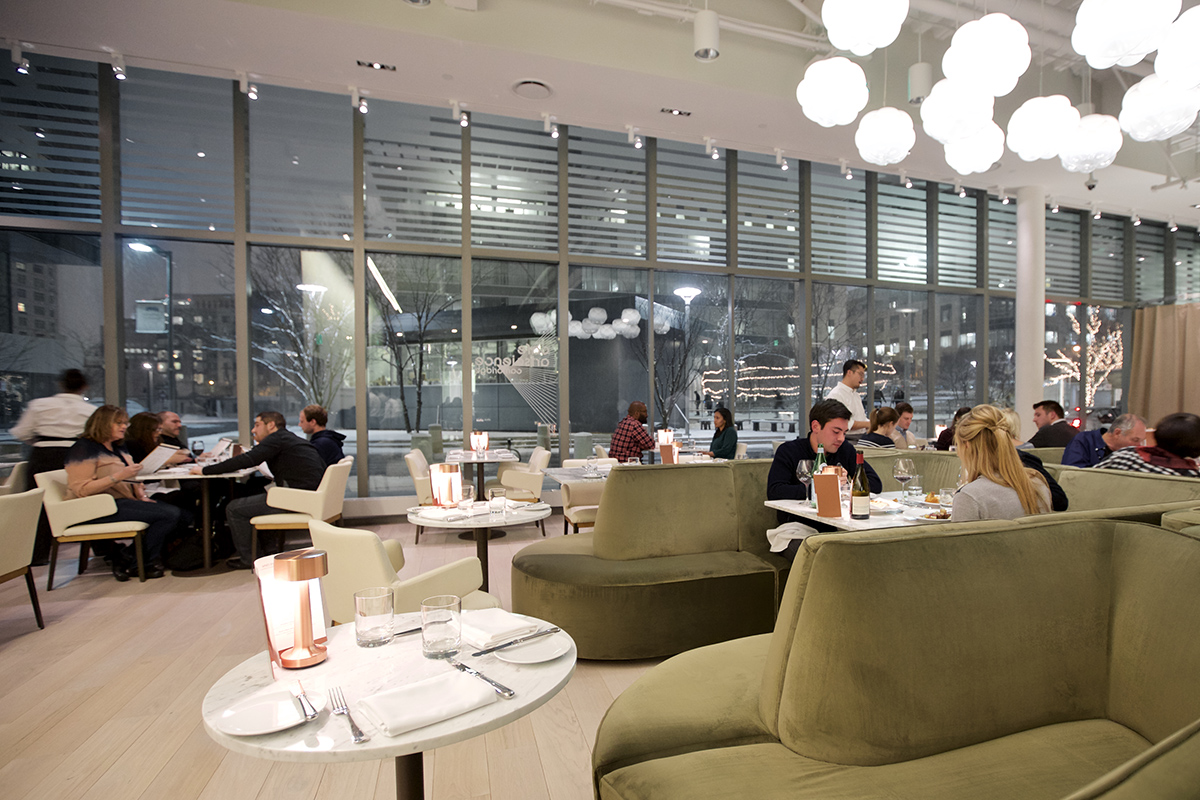 An ambitious experiment is over as Café ArtScience closed for good on December 21—but change is coming soon for the Cambridge location. The restaurant’s founder, Harvard lecturer and visionary David Edwards, wrote in an email newsletter that a new restaurant called Senses will open later this year, and he hints at a connection with a James Beard Award-winning chef: Senses is “the fruit of a conversation between myself and chef Jody Adams that began with the loss of our common friend [former Trade and CAS bartender] Tenzin Samdo earlier this year,” Edwards wrote. Stay tuned for more details. Café ArtScience also operated a busy events space—called Le Laboratoire—for science, arts, and cultural programming. 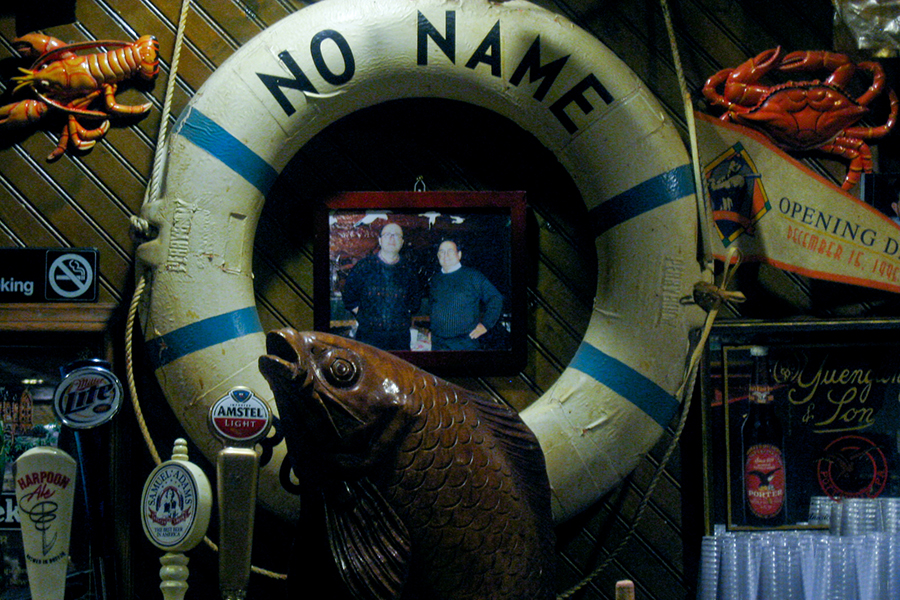 No Name Restaurant photo by jimsideas on Flickr / Creative Commons

No Name Restaurant Closes After 100-Plus Years

On Monday, Dec. 30, it was curtains for one of the city’s oldest dining establishments: No Name Restaurant closed for good after more than 100 years on the South Boston Fish Pier. The family-owned business, which launched in 1917, thanked its employees and its “generations of customers” in a Facebook post on Monday. Universal Hub reported that No Name had applied for Chapter 7 bankruptcy earlier that day. The filing with the U.S. Bankruptcy Court in Boston cited more than $420,000 in debt, including more than $90,000 each owed to the City of Boston and Massport, which was No Name’s landlord. An inauspicious ending for a Boston landmark. 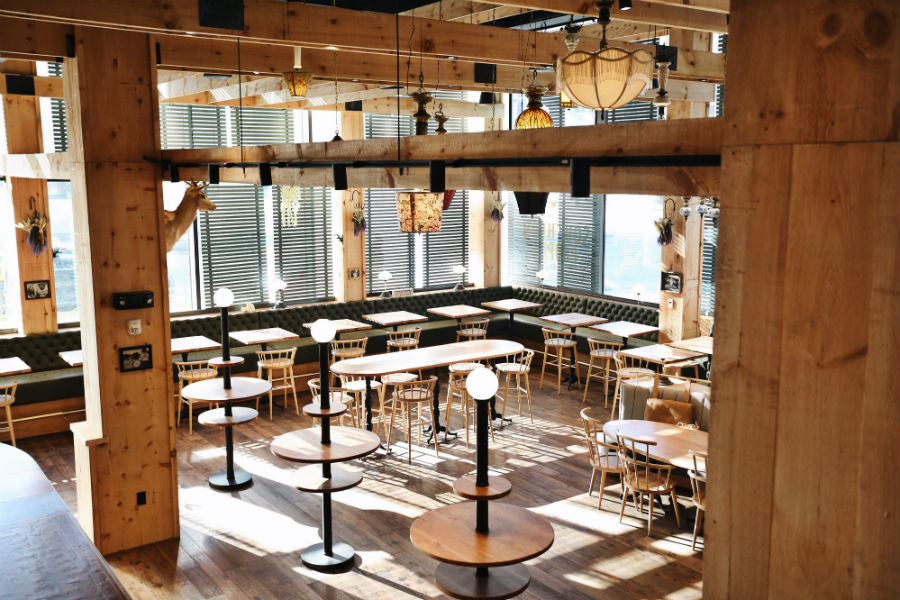 After nearly two years in business, Southern Proper closed down after service on New Year’s Eve. Chef-owner Jason Cheek announced the news Sunday morning on his private Instagram account. “Today is a very sad day for me,” he said. The restaurant was a personal project for the North Carolina native, and it featured a beautiful build-out of the ground-level retail space in the then-new Girard building, inspired by his grandmother’s living room. Along with the cozy decor, the restaurant served up the city’s finest Southern fare, earning that Best of Boston accolade in 2018 and 2019. Reached via email, Cheek declined to comment on the closure. “I am so fortunate to have accomplished this dream of mine and to have met so many amazing people during this time of my life,” the chef said in his closing announcement on social media. “I will continue to grow in my career and will continue to build the relationships I’ve made through this wonderful restaurant. Thank you everyone for all your support through the last few years.” 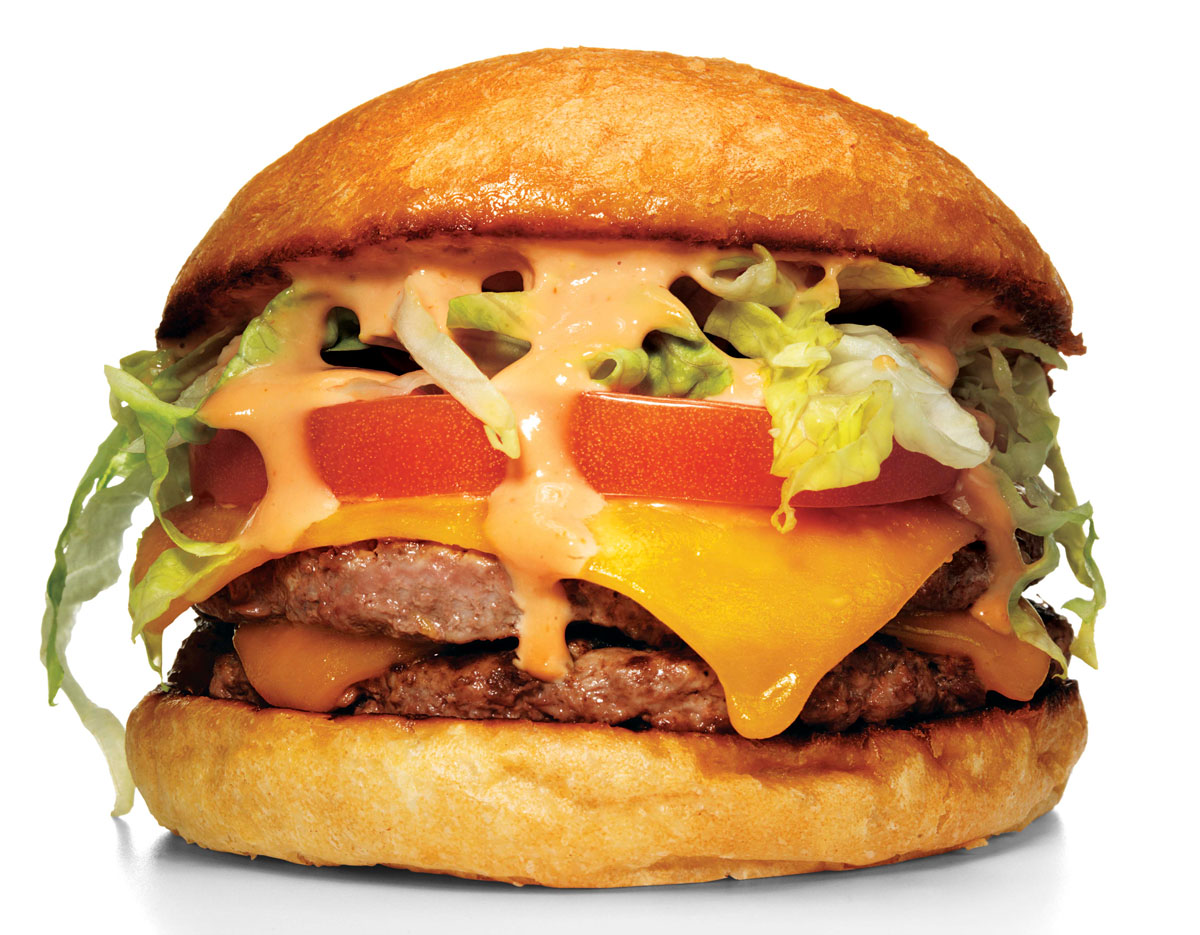 A longtime favorite spot for griddled burgers quietly closed this week. Boston Restaurant Talk reports that Flat Patties was dark and locked up on Wednesday night, with an employee at busy sister restaurant, Felipe’s Taqueria, confirming the burger joint had closed for good. It was an anticipated ending: Owner Tom Brush had previously told Scout Cambridge the business would close once its lease was up in 2019 and its rent cost would rise. The burger restaurant was located in a building that was acquired by real estate company Asana Partners in late 2017. Felipe’s has a longterm lease in place with the owners and is staying put, Brush told Scout. 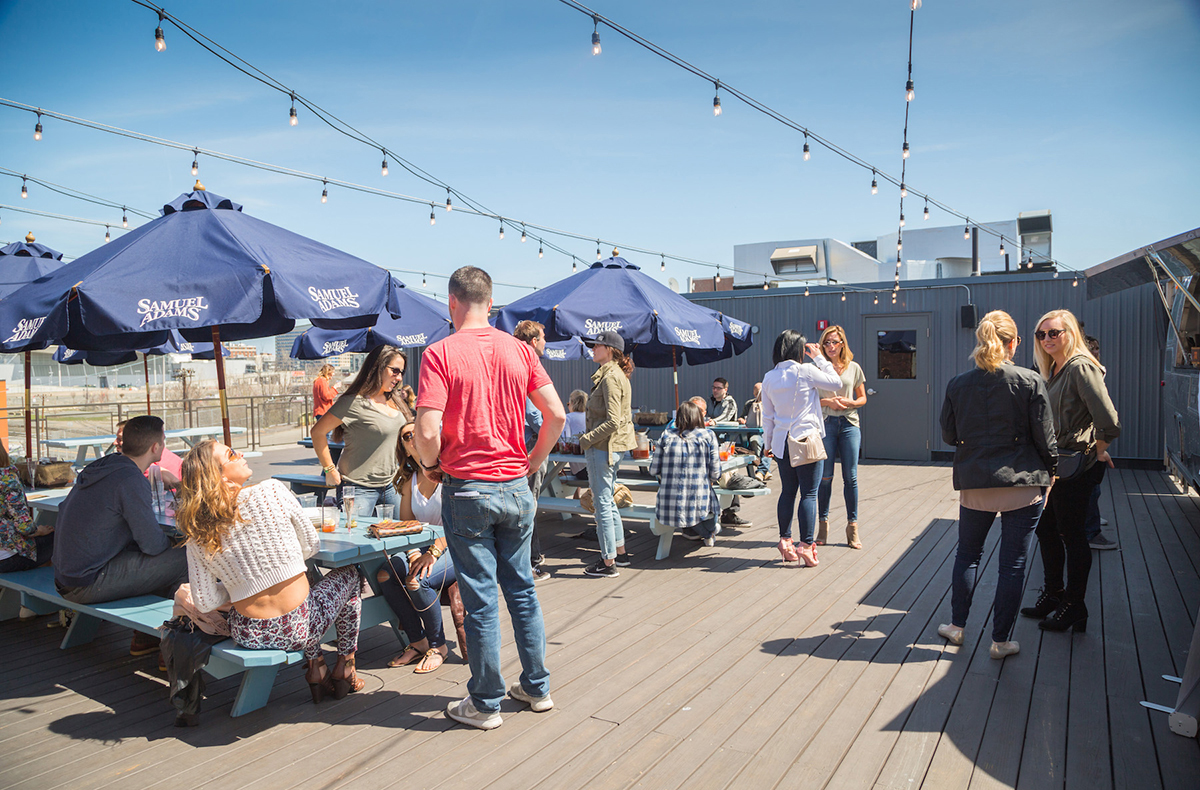 The Coppersmith roof deck will have another season in South Boston. / Photo provided

Actually, Coppersmith Will Not Close This Month

The clock is ticking for Coppersmith, but the South Boston spot won’t close down in early January, as it was expected to. The large, warehouse restaurant will remain open until “late 2020,” Coppersmith announced today, despite initially planning to close down this month to make way for a new biotech development. That means Coppersmith’s “Airdeck” rooftop patio will have one more warm-weather season in Southie, too. “We were recently presented with an opportunity to stay in our space longer than originally planned, and given how much we love being a part of the Southie community, we decided to stay open until the building is due to be repurposed,” general manager Sheila Senat says. 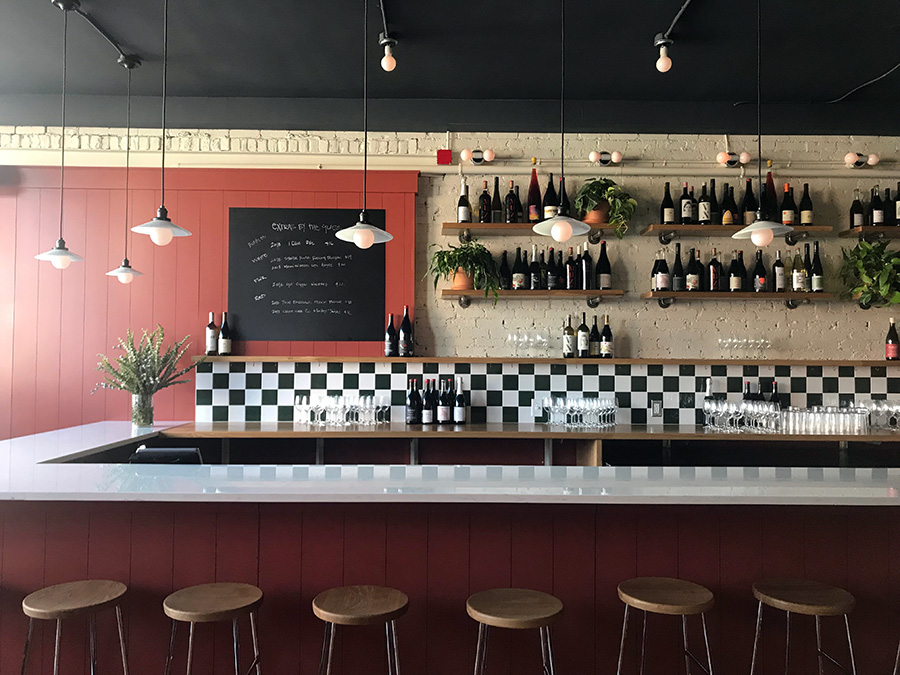 Gray’s Hall Is Serving Wine and More In South Boston

The cup runneth over in Southie: The neighborhood has a brand-new wine bar, too. Gray’s Hall officially opened on New Year’s Eve, with a selection of wines from the team at next-door shop, American Provisions; and small plates by chef Marcos Sanchez (Tasting Counter, Tres Gatos). Pop in for snacks like Thai-spiced frid almonds, whipped sheep’s feta with black lime and crudités, and mussels escabeche; or make a meal of it with shareable plats like conrmeal-crusted fried sardines and tartar sauce, grilled lamb skerews with chimichurri and yogurt, and chicory salad with cilnatro, carrots, and peanuts. Gray’s Hall is now open nightly from 4 p.m. until midnight, and it takes reservations, too.