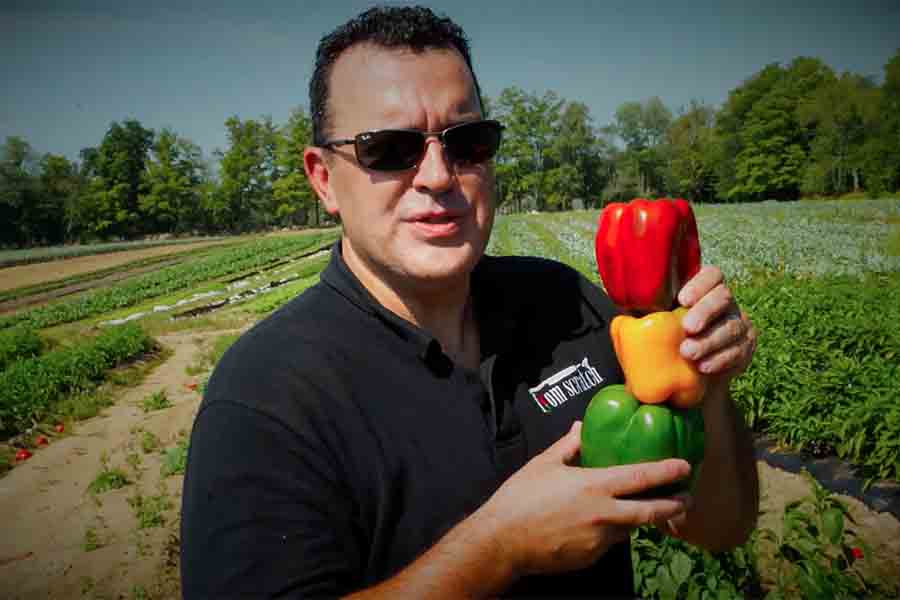 Chef Joe Gatto visits Stillman’s Farm in Central Massachusetts on an episode of From Scratch. / Image courtesy of Ryan Kavanagh

A new kind of cooking show is coming to a new kind of television network—and it will showcase a fresh, Bourdain- and Alton Brown-inspired vantage point on the bounty of New England. From Scratch, created and hosted by Stoneham chef Joe Gatto, premieres on the free web streaming network PlutoTV later this year.

The six-episode series visits sites along the Atlantic coast and inland, mainly in Massachusetts and Maine. Along the way, Gatto (and often, his family) does everything “from scratch”—from clamming on Cape Cod before a beachside clambake, to milking cows for the milk to stretch his own fresh mozzarella. The show explores how charcoal is made, how knives are forged, and even how sea salt is harvested from the ocean. Gatto visits farms, and he also gets his drink on at Portland’s Rising Tide Brewery and Boston’s GrandTen Distilling.

Gatto is a private chef and culinary instructor, and From Scratch has been several years in the making. Before launching his culinary career in his native Boston area, Gatto was an independent filmmaker. One night in 2015, Gatto’s wife, Carey—whom he met in Los Angeles on the set of a movie they were both working on—suggested he develop a cooking show. As Chopped reruns and Pioneer Woman personalities swirled in his head, he recalls telling her, “Nothing is original anymore.” She countered that his tendency to make everything from scratch was unique, and that audiences loved him. (Some Boston magazine super-fans might remember Gatto as the host of our Cue barbecue event from 2015-2017.)

So, he decided to write a pilot episode. Gatto sent that early draft to a number of friends from his LA days, including producer Ryan Kavanagh, who edited the early footage. With a professional-quality reel in hand, it was pure coincidence when, a few months later, Gatto met an angel investor at a pasta class he taught in Lexington. That person agreed to fund a six-episode series, which Kavanagh co-wrote, produced and directed. Gatto has been shopping From Scratch around to networks ever since.

In the meantime, he’s also written and published an accompanying book called Seriously From Scratch, and he recently started working on his second From Scratch book, which is focused on cooking with children.

He is thrilled the series has landed with PlutoTV, which is a free, ad-supported, online network under the umbrella of ViacomCBS. Gatto believes there is a growing market for the type of service it provides. “Instead of everyone paying for [individual streaming] services once they cut the [cable TV] cord, [consumers are] going to be looking for another option,” Gatto says. The streaming-only platform is “cutting-edge, and it gives us control over the content.” 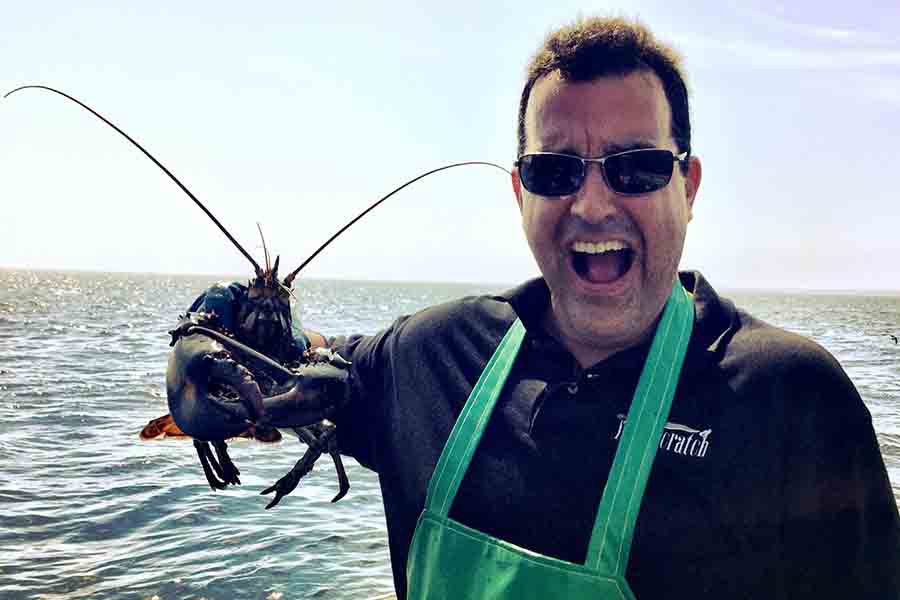 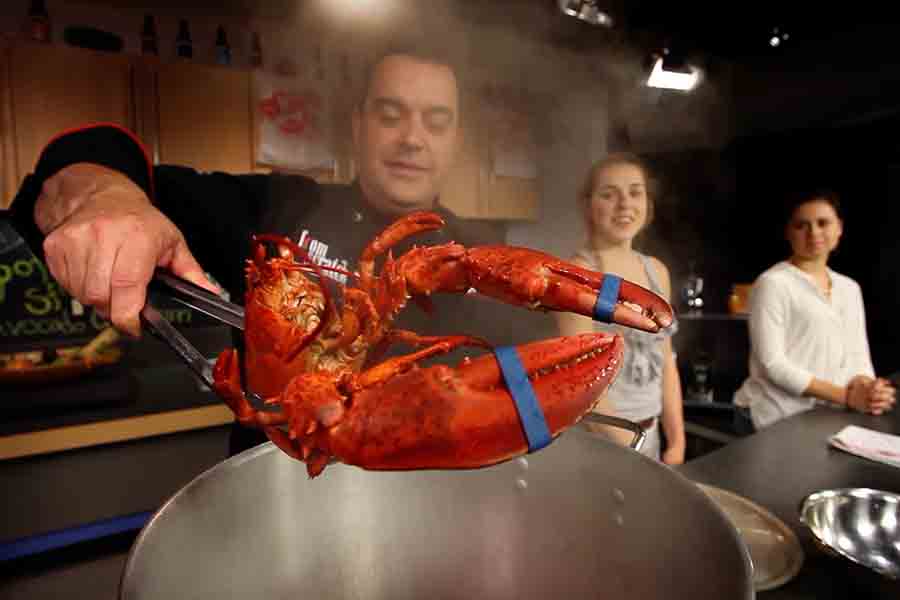 In an episode of From Scratch, chef Joe Gatto goes lobstering in Maine, then cooks up the crustaceans in his kitchen. / Kate Doherty Images

The cable food-TV landscape is increasingly competitive, he notes, but besides the plethora of televised competitions, traditional cooking shows haven’t really changed since he was watching Julia Child and Jacques Pepin when he was a kid, Gatto says. As he was developing his show, Gatto caught up on the late Anthony Bourdain’s programs, as well as shows featuring Alton Brown. He loves the sense of adventure both luminaries brought to food TV, and the educational components, he says.

Most episodes of From Scratch do show Gatto in his kitchen, often with helping hands from his children. But those scenes typically happen after he’s been on site, around the region, with a variety of purveyors. The heart and soul of the show he created is food, family, and New England itself, he says.

“It’s a really big piece for me to show off these amazing people and go on a fun adventure, but then taking all the from-scratch product to make everything with those ingredients,” Gatto says. “And you’ll see: We really had fun doing it.”