The Mass. Brew Bros are hosting a full-scale festival version of their popular, invite-only blind tastings to kick off Massachusetts Beer Week. 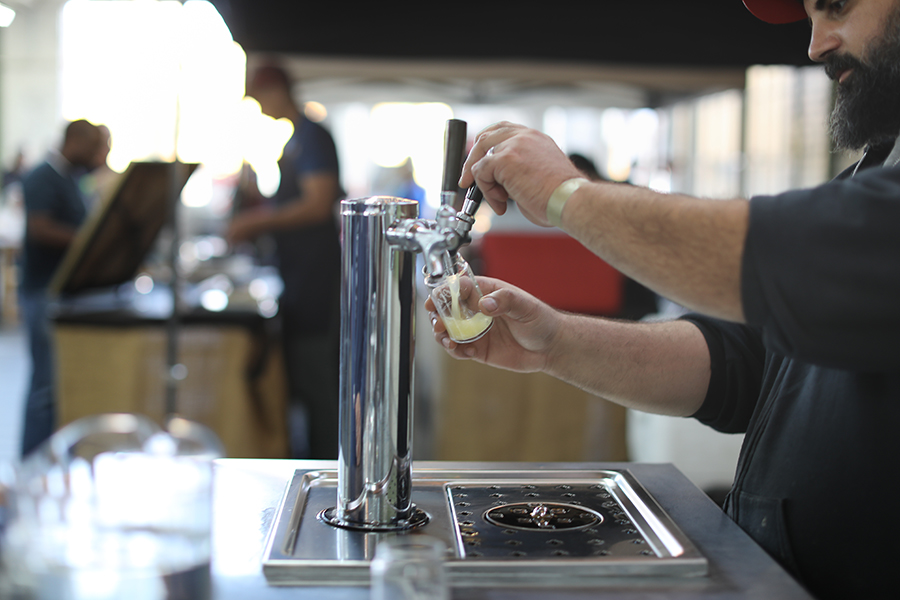 A crisp lager, a refreshing IPA, a rich milk stout—what’s your favorite beer? Some beer fans like certain brews for different experiences: A mixed-fermentation sour to pair with food, say; or a boozy barleywine as an after-dinner treat. Other drinkers will say the best beer is whatever they’re drinking at the moment, which is commendable. But everybody picks favorites. So, what makes you reach for that soft, luscious pale ale? That peanut butter porter? Is it the balance, the bite, the boldness? Is it a certain type of hop?

A new kind of beer festival is challenging Massachusetts beer drinkers to really think about what they love about beer—by taking away all the marketing and hype that surrounds it, and encouraging fans to get in touch with their taste buds. Boston’s first Blind Beer Festival kicks off Massachusetts Beer Week on Friday, March 6, by bringing a secret lineup of 30 local breweries to the Somerville Armory for an evening of beer tasting without any preconceived notions about what’s in the glass.

The Blind Beer Fest is the first full-scale event by local beer aficionados, the Mass. Brew Bros. Bob Kelley and Rob Vandenabeele are teaming up with beer events planner Craft’d Company to scale up the invite-only blind beer tasting series the Bros have hosted for the past several years.

Kelley and Vandenabeele started the Mass. Brew Bros as a social media project to chronicle their weekend visits to breweries around the state. But when they decided to launch a full-on website all about Massachusetts beer in 2016, the Brew Bros thought it was time to get a little more technical about their knowledge of the beverage they love to drink. So they tapped the education-focused Craft Beer Cellar in Belmont, where Kelsey Roth was then a brand manager, in charge of organizing blind beer tastings for the general public.

“As part of the education process, we really felt strongly that the best way to really train your palate and to get to know beers is to strip away all the branding, all of our preconceived notions, and literally just taste beer blind, because then you’re exercising everything from your eyes and your nose to your palate,” says Roth, who’s now the general manager at Exhibit ‘A’ Brewing Company in Framingham.

The Brew Bros already knew a thing or two about beer, but tasting blindly is harder than it seems, Kelley says. He recalls once confidently exclaiming the helles in his hand was definitely a German Pilsner.

“I know what an IPA tastes like, but can I differentiate between a dry-hopped wheat beer and a New England IPA?” Roth says. “From an education standpoint, I think it’s important for us to allow people to really understand what a beer style is, and to refine their palates a little better.”

A blind tasting is a very different approach to a traditional beer festival, which is typically a marketing effort for breweries. Head brewers themselves often pour samples at events, making those ever-important connections with potential customers. For the Blind Beer Fest, Craft’d Company plans to hire non-brewery affiliated people to staff the booths, which will be free of any branding and advertising.

Ticket-holders won’t know the brewery lineup until the end of the festival; they won’t be sure about what beer they’re drinking, nor even which company brewed it. They’ll be given notepads to jot down tasting notes, flavors, and observations about each beer in the categories of IPA, dark beers, and wild cards, and there will be an opportunity to vote for their top picks. After all the tasting is through, the votes will be tallied up to name a fan favorite in each category, and all the participating breweries will be revealed.

“That’s when people’s minds are blown a little bit because they [picked] a beer they thought they didn’t like, or a brand they didn’t care for,” Kelley says. Or, as was the case during the Mass. Brew Bros’ Most Tasty IPA competition, they picked a sleeper-hit beer over a highly-rated release: Pulp Daddy IPA from the small, Worcester outfit Greater Good Imperial Brewing Company won, over hop darlings from the likes of Trillium, Vitamin Sea, and Tree House.

“We want adventurous people who are excited to come try all different Massachusetts beers and have their eyes opened a little,” Kelley says.

It’s as simple as asking yourself, “Do I like this?,” Roth says. And even the most discerning of beer drinkers might be surprised by what they learn. 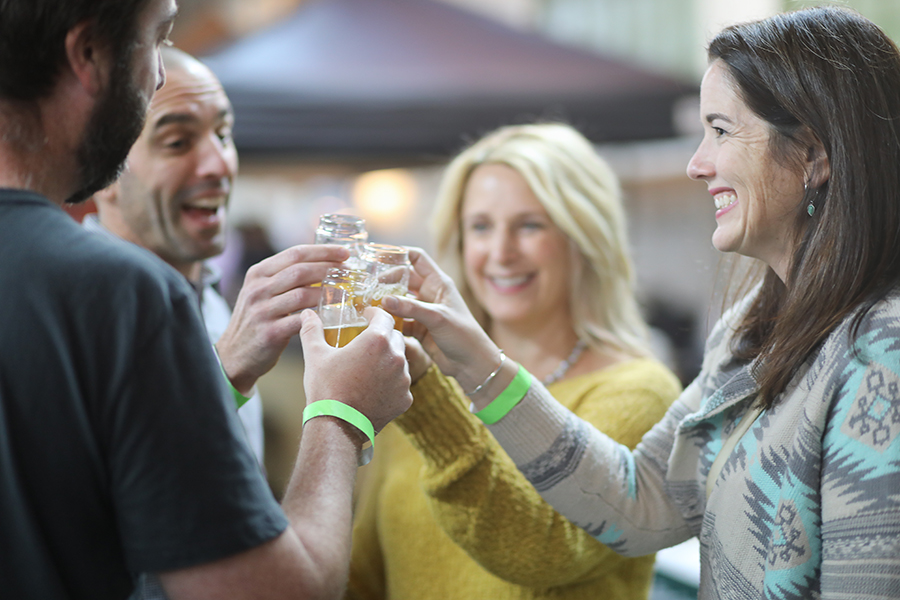 At the Blind Beer Fest, focus on what you like about the beer in hand without any distracting branding. / Photo courtesy of Craft’d Company