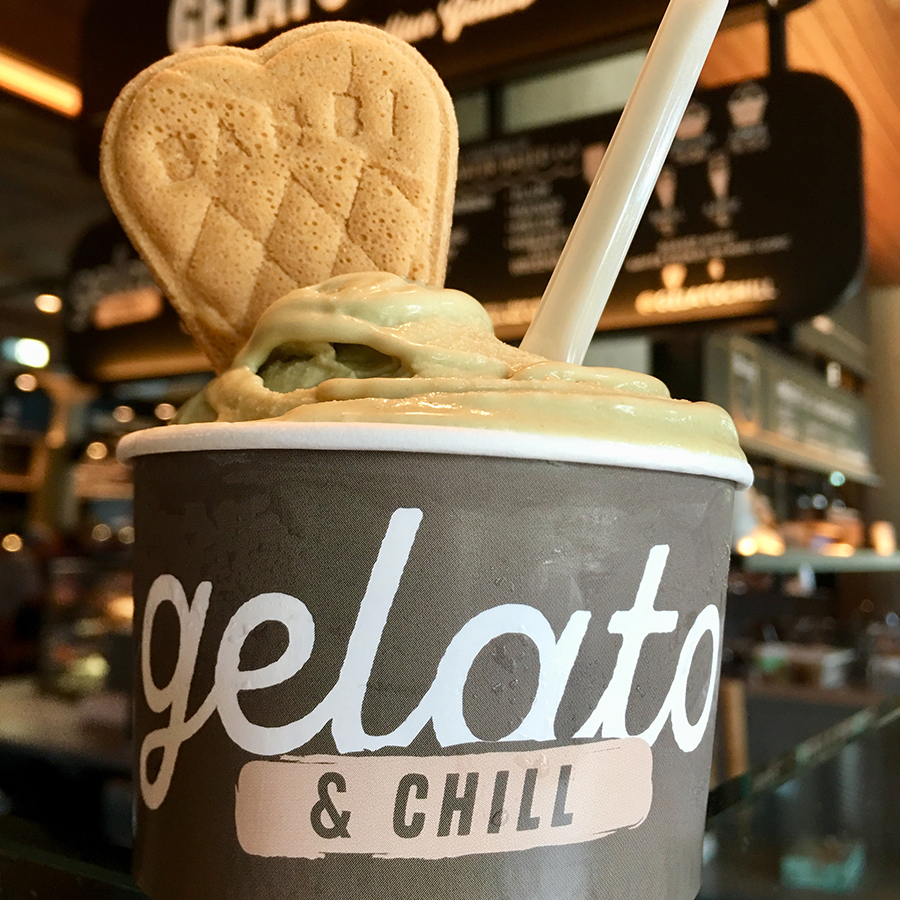 On this frigid day in Boston, here’s a cool dispatch: Local makers Gelato & Chill will soon open a second gelato shop. With one scoop shop in operation inside Time Out Market in the Fenway, Gelato & Chill is taking over the former Cold Stone Creamery space at the Derby Street Shops in Hingham this spring.

Gelato & Chill’s rotating lineup of flavors (including vegan-friendly sorbets) are rooted in the Italian tradition. Vincent and Sandra Turco started making gelato during a nearly-three-year stint in Italy, where Vincent learned the art—and his recipes—from a master gelatiere in Milan. Back in New England, they employ their two daughters, Annie and Alessandra, and recreate the magic using local cream and imported ingredients, like Italian pistachios and hazelnuts—never any high-fructose corn syrup or other additives.

It previously operated a shipping container-kiosk at the Seaport’s Innovation and Design Building, but Time Out is Gelato & Chill’s first permanent scoop shop.

Made fresh in a commercial kitchen in Hingham, the second shop is a bit of a homecoming for the family-owned company. Gelato & Chill still plans to use its commercial kitchen, but Turco will also do some production on-site at Derby Street; the new location will have a glass window behind the counter so guests can see the action.

Gelato & Chill offers classic flavors at its Time Out Market shop, such as ricotta with fig, stracciatella, and Marsala-wine spiked Zabaione. Most of its regular flavors are gluten-free, and it also makes a range of seasonal, dairy-free sorbets, like pineapple with rosemary, and satsuma mandarin orange. At Derby Street, fans can expect even more vegan-friendly options.