The Smith & Wollensky parent company has purchased several properties from restaurateur Nick Varano, who's now planning his next steps. 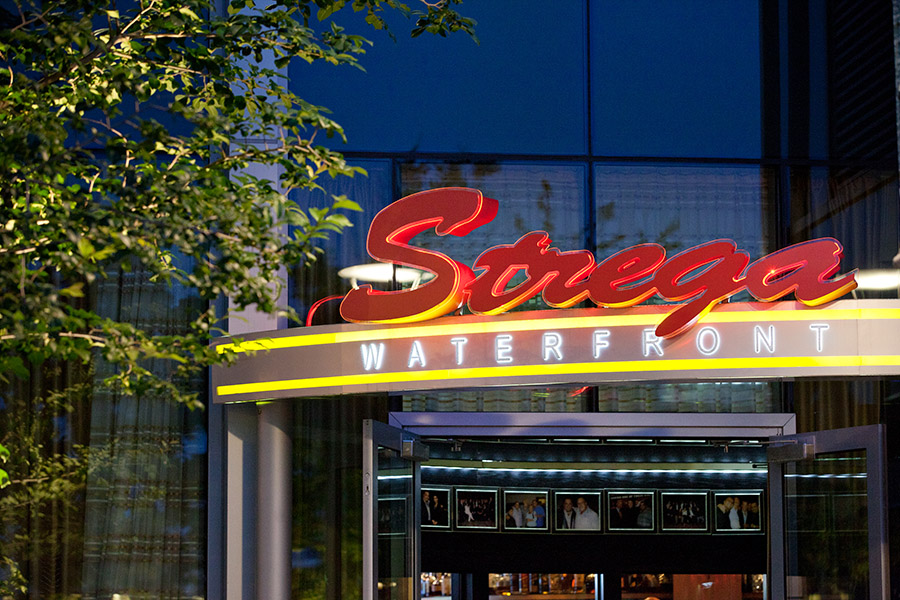 The huge, swanky, and celebrity-frequented Strega Waterfront restaurant is part of the sale to international restaurant group Danu Partners. / Photo courtesy of the Varano Group

One of the Boston area’s most well-known restaurateurs is selling off (most of) his empire. That’s the surprising news that dropped yesterday, when word came down that Nick Varano, the man who launched the extensive Strega brand of glitzy Italian restaurants, had signed a major deal with Irish investment firm Danu Partners—the same company that acquired the Boston-based steakhouse chain Smith & Wollensky in 2016. The new operators already say they will “continue to explore” expansion plans beyond Boston.

What wasn’t made clear, though, is the next move for Varano. The answer? When it comes to next-steps, he’s enjoying a more leisurely pace.

“I have nothing in the wheelhouse right now,” Varano says. “Just to spend some time with family and friends. Just have an espresso every morning and relax for a little while.”

He’ll still have enough to stay busy. Varano will keep a trio of North End properties, including the original Strega restaurant on Hanover Street, opened in 2003, which will now be known as Strega by Nick Varano. He’s also holding on to his second restaurant, Nico, as well as the counter-service spot Rina’s Pizzeria. In addition, Varano separately has a stake in Fratelli, a restaurant at the Encore Boston Harbor casino-resort.

“I need a place to hang my hat,” the North End native says about keeping his neighborhood spots. There’s too much sentimental attachment, he adds, invoking the memory of his late mother. “Those two [Strega and Nico] had a special place in her heart. She was very proud, and it made me proud to make her proud. I don’t think I would ever sell.”

In fact, the 49-year-old restaurateur says he wasn’t actively looking to sell at all—but then Danu made him an offer he couldn’t refuse (the sum remains undisclosed). The sale to Danu encompasses Strega Waterfront, which had been Varano’s flagship; the sleek suburban outpost Strega Prime in Woburn; Vegas-style Park Plaza steakhouse Strip by Strega; five Caffé Strega locations around Boston; and a catering company. Danu has announced a new U.S.-based LLC, PPX Hospitality Group, to oversee the Strega Group as well as Smith & Wollensky. The newly created restaurant group is expected to generate $100 million in annual revenue and employ 1,000 people, the Globe reports.

Varano says he was willing to make the deal because of PPX Hospitality’s promise to retain the Strega staff. “I’ve always said I think I had the best staff in the hospitality industry,” he says. “They’re the reason that Strega became what it was. They really care about people. They believed in me, and they believed that taking care of the customer came first.”

Former Varano Group president Nick Foley is now overseeing PPX’s Strega division, and every Strega employee and manager “will be presented with an opportunity to stay on, as we feel they are a vital component to the success of the restaurants,” says chief marketing officer Kim Giguere-Lapine. The restaurants will continue to remain open as the new owners take over, she adds.

PPX doesn’t plan to make changes to the Strega experience, Giguere-Lapine says. “PPX Hospitality’s immediate plan is simply to add new resources, systems, and buying power to the Strega team,” she says. “We embrace the unique Strega culture and guest experience that has become the foundation for their success. We only look to add [to] and improve upon that with our experience and resources under the PPX Hospitality umbrella.”

As for the Strega brand’s future, both Varano and its new owners hope to see it grow. “We continue to explore expansion for both [Strega and Smith & Wollensky] locally, nationally, and internationally, while focusing on quality and genuine hospitality at all existing locations,” Giguere-Lapine says.

What’s next for Varano is a little less clear. “I built this brand on so much passion and commitment,” he says. “Who knows what chapter-two is going to bring?”