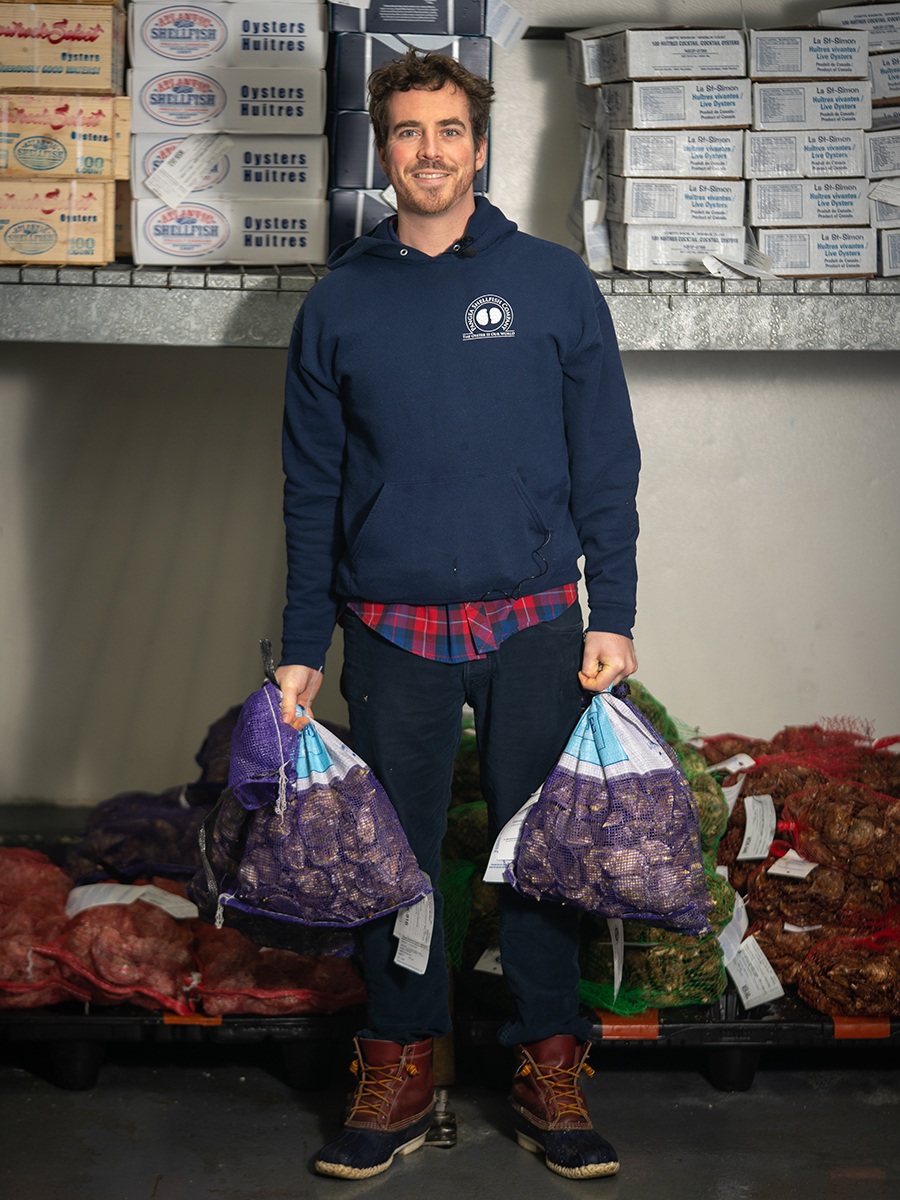 With bags of oysters at the ready, chef Ian Maschal is getting ready to open Ivory Pearl with Ran Duan. / Photos by Ran Duan

To helm the kitchen at Ivory Pearl, a cocktail-driven seafood spot coming later this year to Brookline, restaurateur Ran Duan has hooked a chef whose resume is teeming with high-profile experience. Ian Maschal, alum of Eventide Fenway and other A-list restaurants, will be the executive chef at Ivory Pearl, which Duan is calling a “seafood emporium.” To that point, Maschal will oversee a menu of simply prepared raw and grilled dishes meant for sharing, and all informed by a sustainable approach to sourcing.

“I love seafood, all the way,” Maschal says. After spending his childhood in the coastal community of Beach Haven, New Jersey, where he scooped ice cream and chowder for the summer crowds, Maschal attended Johnson & Wales. His career in Boston has included sous chef roles at Barbara Lynch’s Menton, and Colin Lynch’s crudo haven, Bar Mezzana; as well as several years as chef de cuisine at Eventide Fenway. He has traveled extensively in Asia, and is planning a week-long culinary trip to Japan trip later this month, which he expects to heavily influence the menu he’ll put on when Ivory Pearl opens, he says.

Maschal says that his menu will always include a selection of crudos, like local fluke adorned with white soy, mint, and cucumber; raw bar offerings such as caviar and uni service, crab claws, and local oysters; and a daily offering of grilled whole fish for two. Vegetable dishes might include things like roasted local sunchokes with mascarpone, or grilled Chinese cauliflower with maitake XO sauce and a preserved citrus vinaigrette. These dishes will be dependent on the ingredients that arrive from Farm Fresh Rhode Island, a grower-distributor that sources product from local farms around the region. 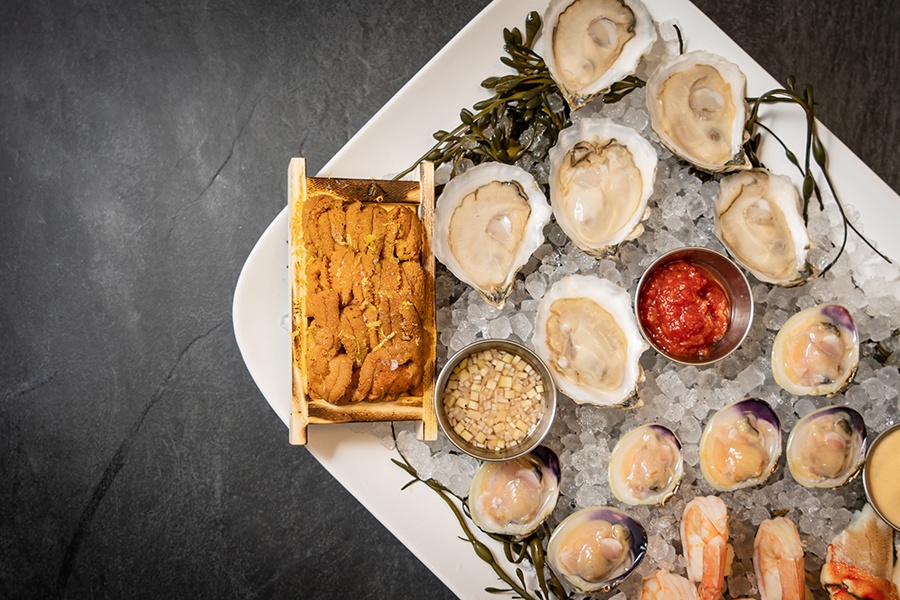 Maine sea urchin will make its way to the raw bar tower at Ivory Pearl. / Photos by Ran Duan 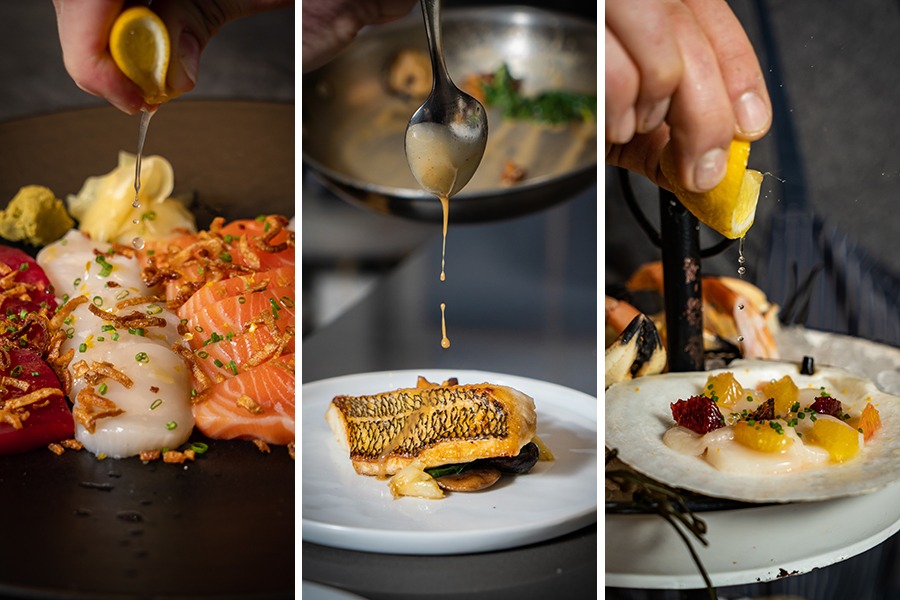 Crudos and simply grilled seafood will anchor the menu at Ivory Pearl. / Photos by Ran Duan 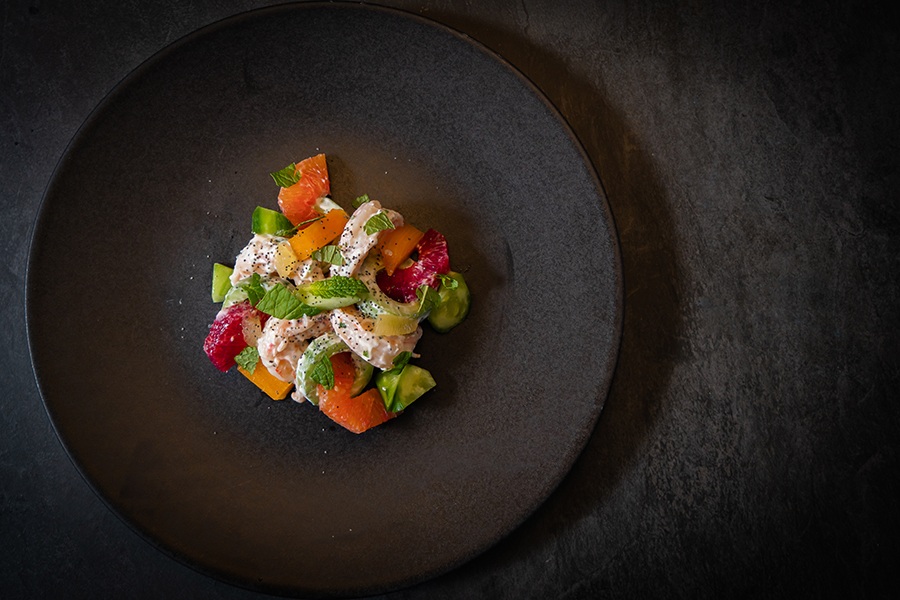 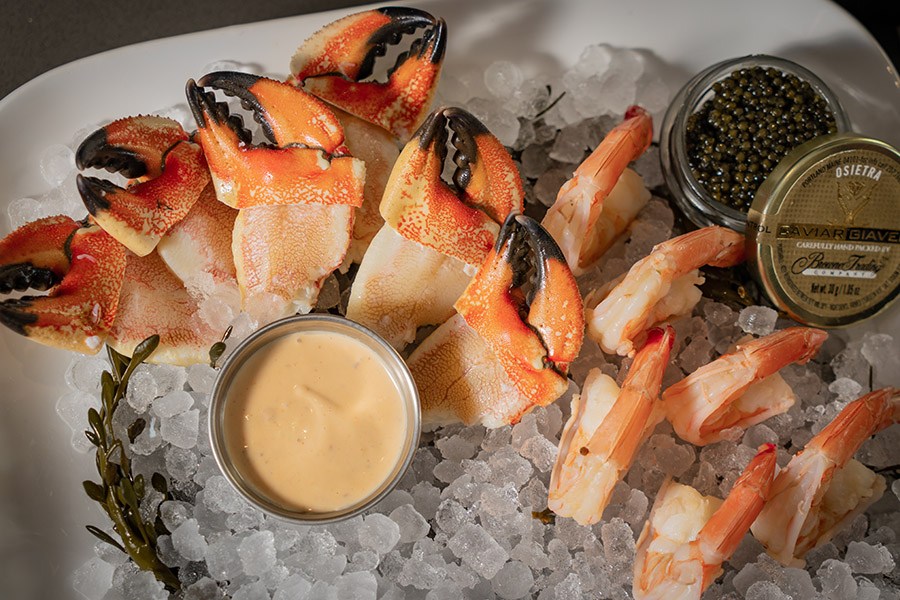 “We’ll definitely be able to cater to vegetarians, vegans, people with gluten allergies and that kind of stuff,” Maschal says. The chef is also developing a house burger for Ivory Pearl, though “it’s not going to be a meat-heavy place.” Maschal is also planning to offer a few desserts, ranging from fruity to chocolatey to potentially ice cream-y, with frozen confections sourced from a local maker.

“I’ve always been passionate about sourcing local products; the best ingredients not only from New England, but across the world,” he says. “Sustainability and traceability have always been important to me, just kind of always made sense to me to know where your food is coming from.”

Duan and his bartending team are well known for crafting tropical-leaning drinks at Woburn’s acclaimed Baldwin Bar and Baldwin & Sons Trading Co., as well as Blossom Bar in Brookline. But that’s not what they plan to pair with Maschal’s seafaring fare. The decorated bartender is quiet on drinks details for now, but Duan previously told the Boston Globe that Ivory Pearl will feature “a style of cocktail that doesn’t exist in Boston.”

At the moment, the Ivory Pearl crew is finalizing permitting, and Duan expects to start construction on the former Fairsted Kitchen space in the next few weeks. Follow along with @ivorypearlbar on Instagram as the Washington Square “seafood emporium” rolls toward a late spring/early summer opening. 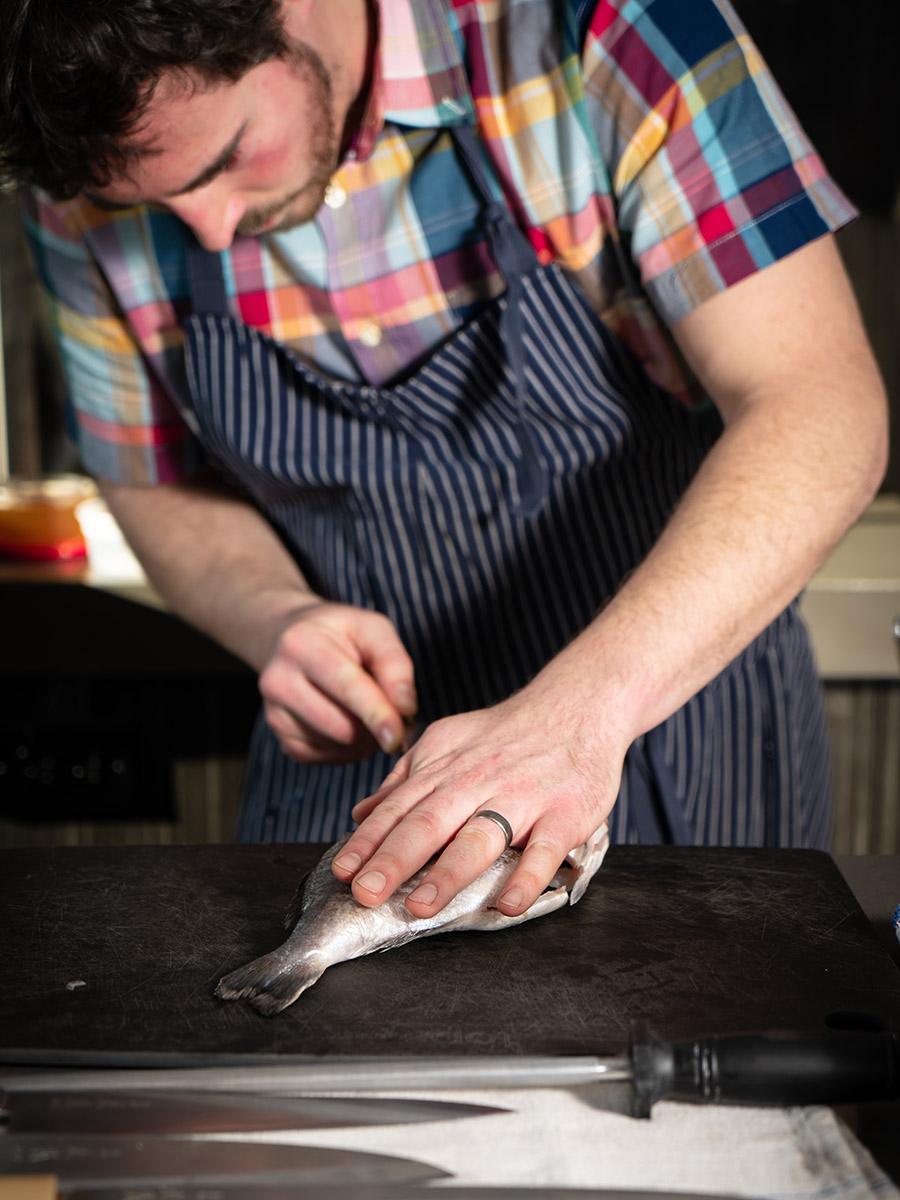