Weekly Digest: A Prop-Filled Karaoke Bar Arrives in the Back Bay, and More Must-Know Dining News

Plus, the Boston bar scene welcomes authentic Thai and Mexico City-style spots, and other leads on where to eat right now. 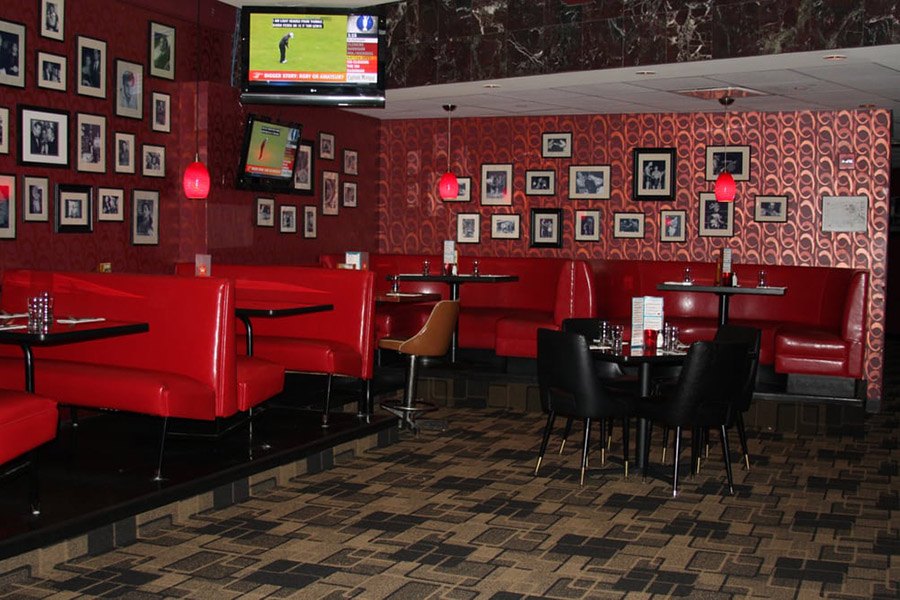 This very 2002 function room inside Kings Back Bay is reopening with a new look as Backstage Karaoke Bar. / Photo courtesy of Kings Back Bay

Backstage Karaoke Bar Amps Up Kings in the Back Bay

Bowling, billiards, and now, belting it out: It can all be part of a night spent at Kings Back Bay. Backstage Karaoke Bar debuts this Saturday, Feb. 29, in a former private function room at the Dalton Street lanes. The venue-within the dining and entertainment-venue adds professional karaoke equipment, boasting an “enormous” song library and stage-quality lighting; plus a green room with a photo booth, costumes and props to borrow, and shots of “Liquid Courage” available at the bar. The Back Bay is Kings’ first location, which opened as a bowling alley for the new millennium in 2002. Backstage Karaoke Bar is part of the now-national chain’s effort to amp up the flagship experience a bit more, in line with fancier, newer locations like the Seaport and Dedham. The karaoke room, which is equipped with its own bar and serves Kings’ menu of snacks and drinks, is still available for private rentals (and what bachelorette party doesn’t need a boa-draped college friend’s rendition of “Man, I Feel Like a Woman?”). But beginning on Saturday, it is otherwise open to the public on Wednesday through Saturday nights from 8-11 p.m., with a live DJ fueling the fun from a bumpin’ new sound system. Backstage Karaoke Bar is throwing a free, grand opening party this Saturday night, and reservations are required for your shot of Liquid Courage.

A former juice shop located next door to acclaimed Peruvian ceviche bar Celeste in Somerville is now serving up a Mexico City-inspired nightlife experience, complete with Latin American spirits, cocktails, and natural wines; and a seven-item menu of small plates (including dessert). Barra doesn’t share ownership with its next-door neighbor, but it’s a new venture from Celeste’s original bar director, Paola Ibarra, who told Eater Boston the two Somerville spots are “cousins,” with a number of ties between the two teams. At Barra, Ibarra has teamed up with business partner Yhadira Guzmán and chef Sofía García Osorio to bring to Somerville a taste of their common Mexico City through food, drink, and vibe. García Osorio, who’s behind the popular Mexico City restaurant known as El Lugar Sin Nombre, developed a menu of snacks like taco de chile relleno (house-made tortilla with a meat, fruit, and nut-filled jalapeño); a sweet tamal made of pumpkin, served with ice cream; esquites (shaved corn salad) with local clams; and a corn-based snack called tetela, served with a cactus salad and grasshoppers. (Yes, grasshoppers.) Behind the bar, Ibarra is highlighting mezcal, sotol, bacanora, xila, and other Latin American liquors and liqueurs; plus fresh juices and herbal infusions. There are also some classic cocktail options, plus New England craft and Mexican beers. Wines skew natural, Eater reports, and there is still juice in the house, thanks to fresh agua frescas among the non-alcoholic drinks. The tiny Barra—which translates simply to “bar” in Spanish—has 12 seats, with six at the bar itself, and room enough for 24 people. It’s now open 5-11 p.m. on Tuesday through Thursday, 5 p.m.-midnight Friday and Saturday, and for weekend brunch from noon-4 p.m. Follow @barra.unionsquare for updates. 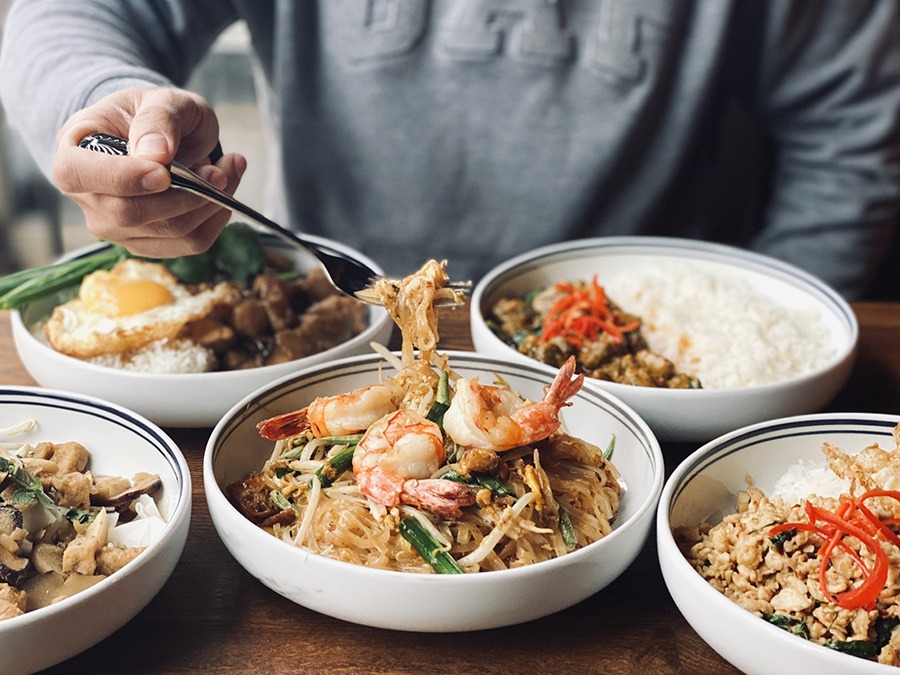 Greater Boston is in the midst of a Thai food awakening, as Eater Boston has noted, which continues with the opening of a new spot called Mahaniyom Thai Tapas Bar in Brookline. Mahaniyom serves creative cocktails by a Shojo alum, and shareable plates inspired by food common in a casual style of Thai bar called ran lao, the new restaurant’s spokesperson Akira Sherman told Eater. Expect to try regional dishes, like a southern Thai-style fried chicken with fried shallots and chili sauce; a central Thai-style seafood salad; and a raw beef dish from the northeastern region, which chef Suparerk (Pao) Thampitak is serving like tartare, with a side of taro chips. Mahaniyom is the latest in a slew of contemporary kitchens like DakZen, Kala Thai Cookery, 9Zaab, and more, which are bringing more authentic Thai cuisine to Boston diners. “[In the past], Thai people here would think that farang [Westerners] might not like the taste or are unfamiliar” with traditional Thai dishes, Sherman said, “but with our society now, people are more sophisticated and willing to try things. With our menu here, we want to bring this true flavor of Thai and show people here that it’s not just pad thai, tom yum, som tum. We have other things from all over Thailand.” Mahaniyom is now open daily for lunch and dinner, from 11:30 a.m.-2:30 p.m., and 5-10 p.m. to start. Follow @mahaniyom_boston for updates. 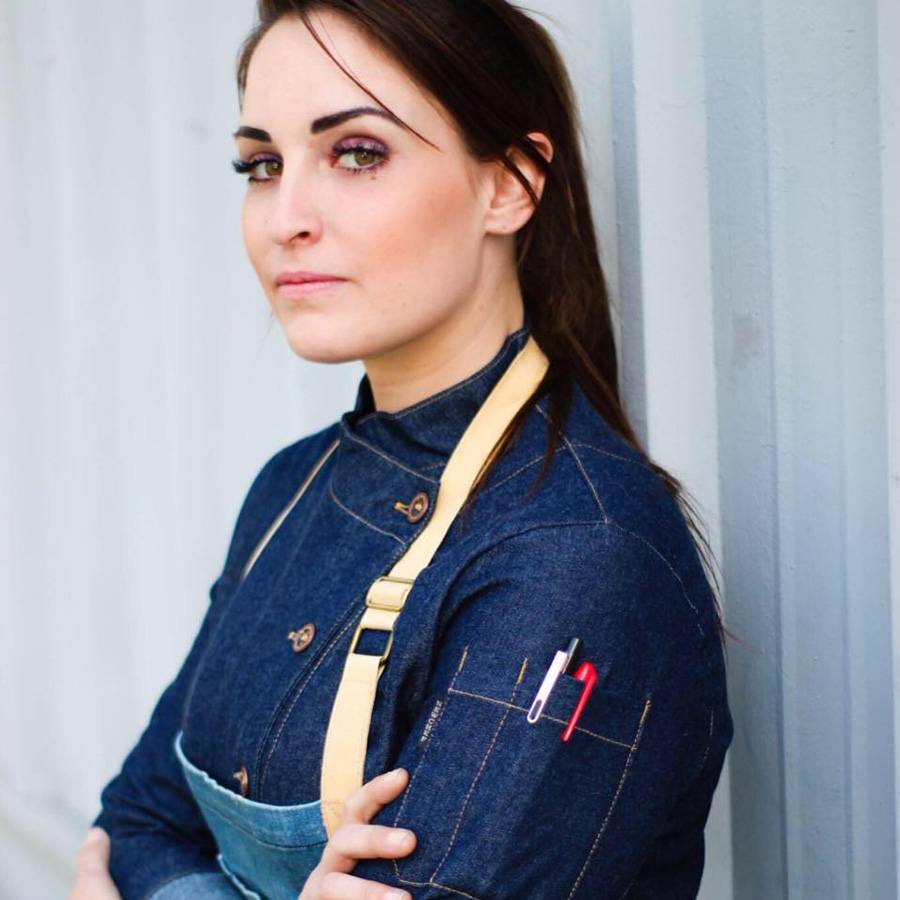 Later this year, Quincy Center is getting a Latin-leaning cocktail bar of its own with Pearl & Lime, the latest from the owners of the popular tavern, the Townshend. Managing partner Palmer Matthews shares that he’s signed on executive chef Jennifer O’Neil, who will oversee a “vibrant, globally inspired” menu to complement the citrus-forward cocktail program he’s creating. Currently cooking at the Townshend, O’Neil is a Cape Cod native who’s spent the past several years of her career in Southern California, most recently as executive chef at the former Leona restaurant at Venice Beach. Pearl & Lime’s sous chef is Alex Galvis, who will bring her experience cooking at Boston-area spots like Alden & Harlow, Naco Taco, and Solas Irish Pub—plus her native Colombian heritage—to the Latin-inspired new spot. “We’re excited to have Jennifer and Alex lead our kitchen,” says managing partner Palmer Matthews, who is opening Pearl & Lime with his Townshend partner and fellow Barbara Lynch alum, Devin Adams. “We want it to be fun, fast-paced and high energy, offering a fresh vibe in the heart of Quincy Center.” Pearl & Lime is eyeing a March 2020 opening. Follow along on Instagram for updates. 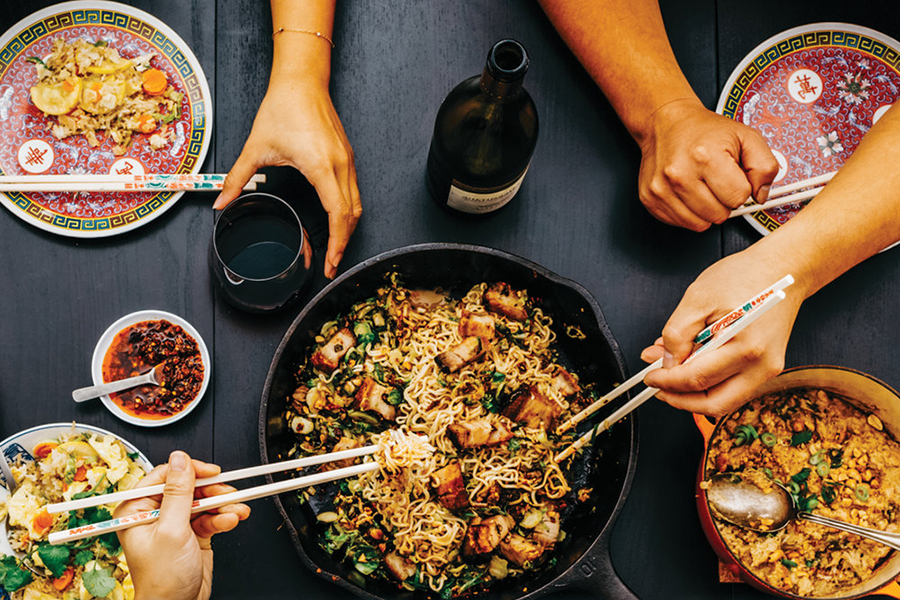 Put These Delicious Dining Events on Your Calendar

And now, for a few fun ideas of things to do—and eat and drink—in the coming days. On Thursday, Feb. 27, the Boston Public Market kicks off a new, monthly conversation series about food and nutrition-related topics, called Market Chats, with a talk about food blogging and social media. The free panel discussions, featuring local chefs, entrepreneurs, farmers, and other personalities, are accompanied by complimentary craft beer and snacks, and will continue every last Thursday starting at 6 p.m. in the Hub space in the middle of the market.

Mei Mei is also starting a new events series, called Mei Mei After Hours. On Friday, Feb. 28, show up between 8-10 p.m. for exclusive “late night” cocktails, “one night stand” menu specials, and party-time vibes with tunes and games. (And, of course, dumplings.) The first After Hours is a celebration of Black History Month, with a free snack of corn fritters for anyone who shows the hosts a social media pic tagged #bostoneatsblack #blackrestaurant. The Friday night fête is free to attend, but RSVPs are requested.

And finally, get ready to nosh at Boston’s biggest celebration of Jewish food ever. Beyond Bubbie’s Kitchen returns Sunday, March 1, at 5:30 p.m., to a larger, new location: the Revere Hotel in downtown Boston. A stacked lineup of local restaurants—like Little Big Diner; Whole Heart Provisions; Iraqi pop-up, the Awafi Kitchen; chef Avi Shemtov’s 2019 newcomer, Simcha, and many more—will share new, globe-trotting takes on Jewish cuisine, while Bantam Cider, Jack’s Abby beers, Privateer Rum, and other local libations are flowing. The food fest also features make-and-take-home demos with the likes of Beantown Jewish Gardens, Michael’s Deli, and storytelling with the Women’s Jewish Archive. Tickets are just $36, and as of the time of publishing, they’re still available for this Sunday funday.