Arabé will hit Cambridge-area streets this spring with New England riffs on a Mexican-Middle Eastern invention. 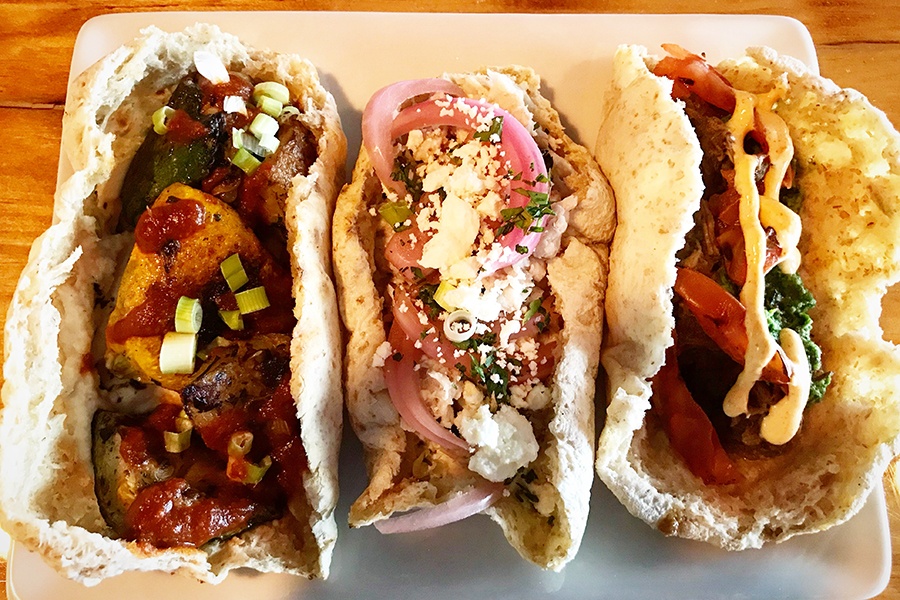 When Avi Shemtov debuted pita-wrapped Arabic tacos at Simcha last summer, it was a way for the chef and his team to get creative with more casual fare than they were typically serving at the Sharon restaurant, while still paying homage to the Israeli and Middle Eastern roots of their menu. “Taco Tuesdays” has proven to be one of Simcha’s most popular offerings, says Shemtov, and is the basis for the chef’s latest concept, a new food truck called Arabé.

Launching late this spring (vending locations TBD), Arabé will serve up an ever-changing menu of Middle Eastern-inspired tacos on fresh pita bread—and it will help Shemtov bridge his food truck background with his fine-dining present.

A decade ago, Shemtov launched the Chubby Chickpea food truck, which is still one of Boston’s most prolific mobile vendors. Longtime chef Kyle Crusius now oversees the Chickpea kitchen, along with the company’s catering manager Jason Dunn; both men are close collaborators with Shemtov and have helped develop the Arabé concept.

The chef-owner continues to split his time between the Chubby Chickpea; Simcha; and his mobile bar-catering truck, Tapped. But because of the Chubby Chickpea’s success, ironically he doesn’t get to play around with food truck fare anymore, Shemtov says. Arabé is—literally—a vehicle for the chef’s dormant street-food creativity. 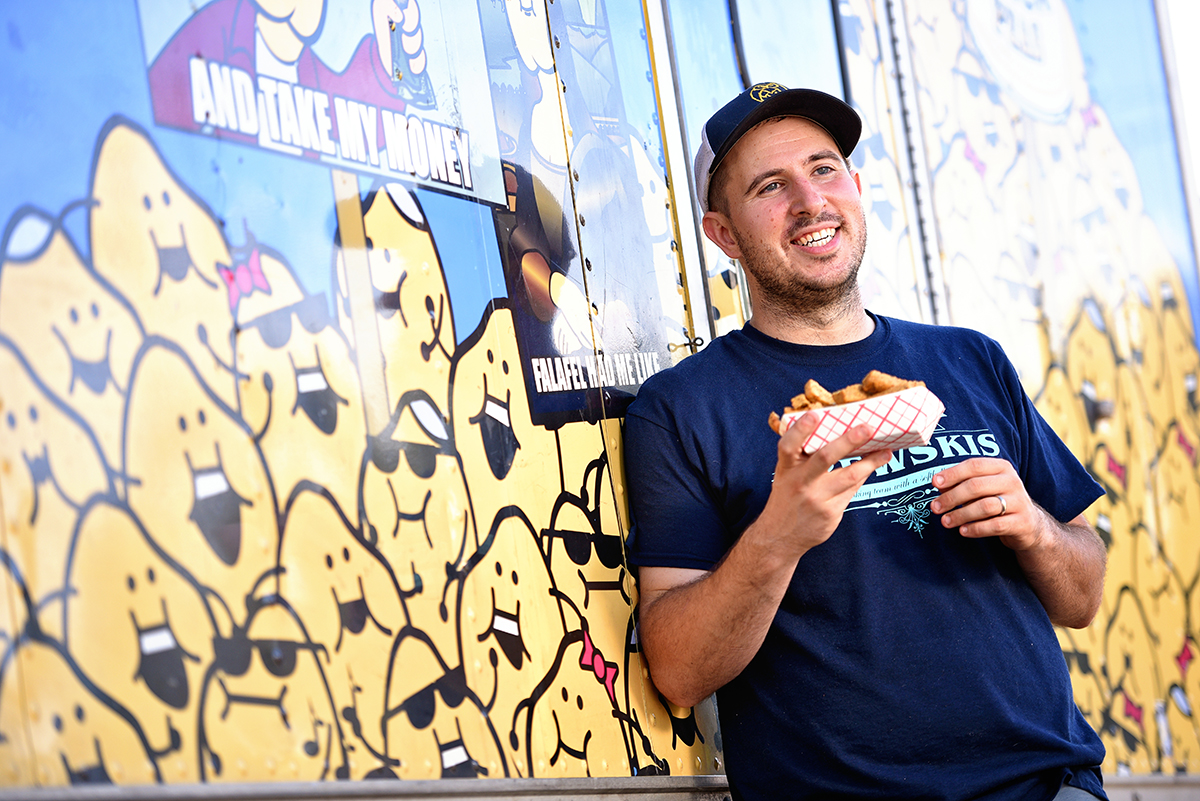 “I miss the early days of the food truck craze with a chalkboard for your menu. Now, there’s the corporate side of the food truck: It’s like you’re McDonald’s if you ever try to change your menu,” Shemtov says, referring to the expectations of the Chickpea’s regular customers. “I want to be involved in bringing back the actual street food aspect of the food truck… It’s amazing to look back and see the brands we built,” he continues, also shouting out food truck forerunners like Clover Food Lab and Tenoch. “I’m proud of it, but I miss those days of doing something funky.”

Middle Eastern immigrants in Puebla, Mexico, created tacos Árabes after the first World War. As Shemtov recalls the history, Lebanese immigrants swapped corn and flour tortillas for pita bread in order to make their traditional spit-roasted, marinated meats more palatable to local diners. Turns out, it was a great idea: The Mexican menu mainstay al pastor—citrus- and chili-marinated pork—is a product of this fusion invention.

Shemtov fills his pita shells—baked fresh daily in Simcha’s wood-fired oven—with ingredient combinations inspired by his own heritage: The result is contemporary Sephardic Jewish cuisine with New England ingredients and global influences. Think: braised ribeye steak with Brussels sprouts slaw; marinated eggplant with whipped feta; and Baja-style fried fish tacos made with Atlantic dogfish. The chef has looked into sourcing more local ingredients for the Chubby Chickpea menu, but that would require raising prices on popular menu items like falafel, chicken shawarma, and stuffed grape leaves, Shemtov says. With Arabé, the team will be able to source from local farms, because of the amounts of ingredients needed for tacos, and also the flexibility of the menu, he says.

Expect to find around six different taco options any given day at Arabé, but also know the menu will change every day. At Simcha, “We’ve never actually served the same exact taco twice,” Shemtov says. The base fillings typically include options with beef, chicken, seafood, and something vegetarian, which can be made vegan. Along with the lineup of tacos, Arabé will serve fried avocado as a side; and likely a soft drink like lemonade.

Shemtov has the truck already, and has outfitted it with a deep fryer and griddle. He plans to apply for vending permits in the cities of Boston and Cambridge, and will likely launch regular weekday hours in Cambridge by early June, he says. Stay tuned for where to find the Arabé food truck around Boston—but in the meantime, head to Simcha every Tuesday for tacos Árabes.