Could This Be the Bill That Saves Massachusetts Restaurants?

State Senator Jamie Eldridge has filed an action to make insurance companies pay for coronavirus closures. It could be a "game changer." 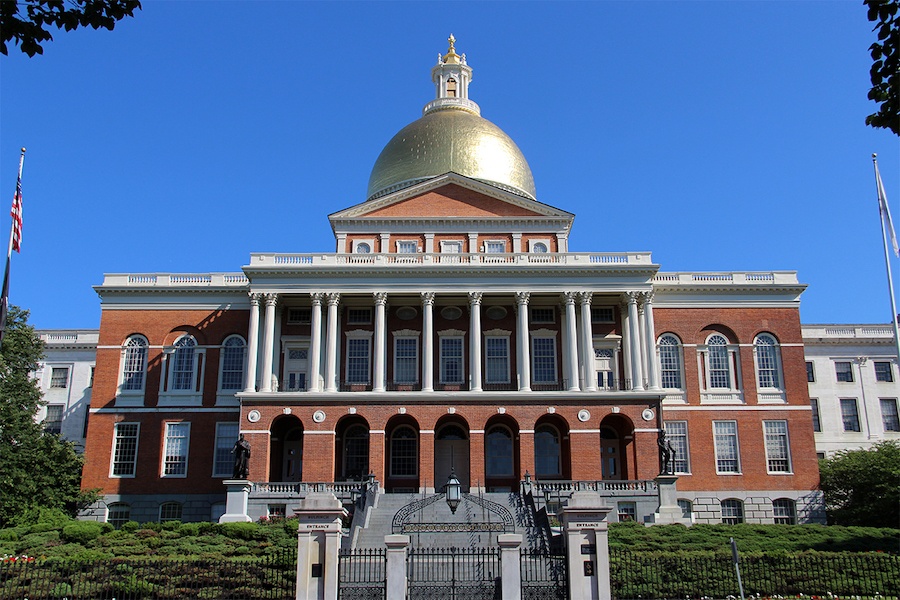 Nearly two years ago, chef-owner Dave Punch’s Newton restaurant, Buttonwood, was closed following an electrical fire. It was a gut-punch: Buttonwood had only been open a few months, and some restaurants might never recover from a hardship like that. Luckily, Punch’s property insurance contained business interruption coverage, which protects from loss of income due to such events and—depending on the specific policy—might take care of everything from rent to payroll, keeping a business afloat and staff employed until the restaurant can relaunch. The coverage was “key to getting back open,” Punch says.

Now, Punch has closed all three of his Newton restaurants (Buttonwood, Sycamore, and Little Big Diner) due to the coronavirus pandemic. This time, though, he’s less certain how the future will play out—because the insurance company won’t pay out.

Why? As many dismayed restaurant owners have discovered over the last few weeks, after years spent paying into the system, fine print in business interruption insurance seemingly excludes coverage for the current coronavirus-related closures. It’s leaving surprised restaurants high and dry during a widespread shutdown—one that, without fast and significant relief, could cause many of these businesses to shut their doors forever.

“We’re hearing that, arguably, the part of the economy most impacted immediately has been the restaurant industry,” says Massachusetts State Senator Jamie Eldridge, who filed a bill this week that would help a huge number of local restaurants get the aid from insurers they need. The bill, currently seeking cosponsors, would require insurance companies to cover loss of business for qualifying restaurants until the emergency declaration issued by Gov. Charlie Baker on March 10 is lifted. It essentially negates two caveats to coverage that insurers have worked into many policies: One excludes coverage of losses resulting from a virus; the other requires that there be physical damage to the insured property.

Anger over these insurance exclusions has reached the highest echelons of the food world. Yesterday, it was announced that Michelin-starred chef Thomas Keller was suing his insurer for refusing to cover the coronavirus-related closures of his two Napa County restaurants, Bouchon Bistro and the French Laundry, which is widely considered one of the best restaurants in the world.

Those virus- and property damage-related stipulations simply aren’t reasonable in light of an unprecedented worldwide pandemic and a government-mandated ban on on-site consumption at restaurants, say bill advocates like attorney Josh Bowman, whose clients include a number of Boston-area restaurateurs. After learning of a similar bill being considered in the New Jersey Assembly, Bowman reached out to Eldridge, a former BC Law classmate, to start a conversation about legislative efforts here. (A third bill to this effect has also been proposed in Ohio.)

The New Jersey bill was originally brought to Bowman’s attention by Michael Scelfo, chef-owner of popular Cambridge restaurants Alden & Harlow, the Longfellow Bar, and Waypoint. Scelfo believes financial relief through an insurance-related solution is the “single best shot” at giving Massachusetts restaurants, many of which are struggling to survive, a fighting chance to reopen.

Andy Husbands, chef-owner of the Smoke Shop barbecue restaurants and another client of Bowman, agrees. If it passes, he says, the bill proposed by Eldridge would be “a game changer” for hospitality workers short on hope.

That includes Fernanda Tapia. “I’ve already prepared myself mentally for the idea that I can’t reopen,” says Tapia, co-chef and co-owner at Comedor, a past Best of Boston-winning South American restaurant in Newton. Tapia has poured herself into the business for the last five-and-a-half years, but isn’t sure she can recover from a protracted closed period. The bills keep piling up: She needs to pay her landlord, her vendors, and state meal taxes that have been deferred but not cancelled. Tapia filed a business interruption claim with her insurer, but was denied.

As currently written, the Massachusetts bill proposed by Eldridge would allow insurers to pay claims like Tapia’s by applying for reimbursement from designated state funds. The state would later get its money back by assessing at a predetermined rate all insurers in the state selling business interruption insurance.

Tapia says that if the proposed bill makes it, her business might too. “I’d have a chance in this battle,” she says. She could cover expenses, and pay the 16 employees she instead had to lay off.

Right now, the senate bill would only help those with 150 or fewer full-time-equivalent employees. Hopefully, that’ll include restaurateurs who have crews across multiple properties, says Chris Jamison. The CEO of COJE Management Group typically has nearly 500 total employees, roughly 60 percent of whom are full-time, but they are distributed between his five glittery Boston hotspots: Yvonne’s, Mariel, Ruka, and two locations of Mexican restaurant Lolita. Each individual restaurant is a distinct LLC with its own insurance, he adds.

Jamison says that the business interruption insurance bill could bring much-needed support to both small and medium-sized businesses. Lots of independent operators in Boston fall into the latter category, he says, but when it comes to financial support, conversations tend to revolve around helping either mom-and-pop spots or massive corporations. (Earlier this week, in a Boston Business Journal op-ed, Jamison called out “insufficient” state action to defer instead of outright waive a meals tax, saying it “will do nothing for the vast-majority of full-service restaurants in Boston.”)

The COJE properties are in a better position than most to weather the storm, says Jamison, who has been through something similar before: In the aftermath of the 2013 Boston Marathon bombing, the Back Bay location of Lolita, located two blocks from the finish line, was temporarily closed. Jamison says he was denied business interruption coverage because of fine print precluding losses from acts of terrorism. He sued. He won.

But he still worries about the future of Boston’s dining landscape if these COVID-related closures drag on. “The number of restaurants unable to reopen would grow precipitously by the week,” Jamison says.

Buttonwood’s Dave Punch is inclined to agree. Unless something changes soon, he says, “I have a feeling there’s going to be a lot of empty storefronts.”