The Portland, Maine-based brewery is adapting to the pandemic economy—but when all of this is over, beer releases will happen closer to Boston. 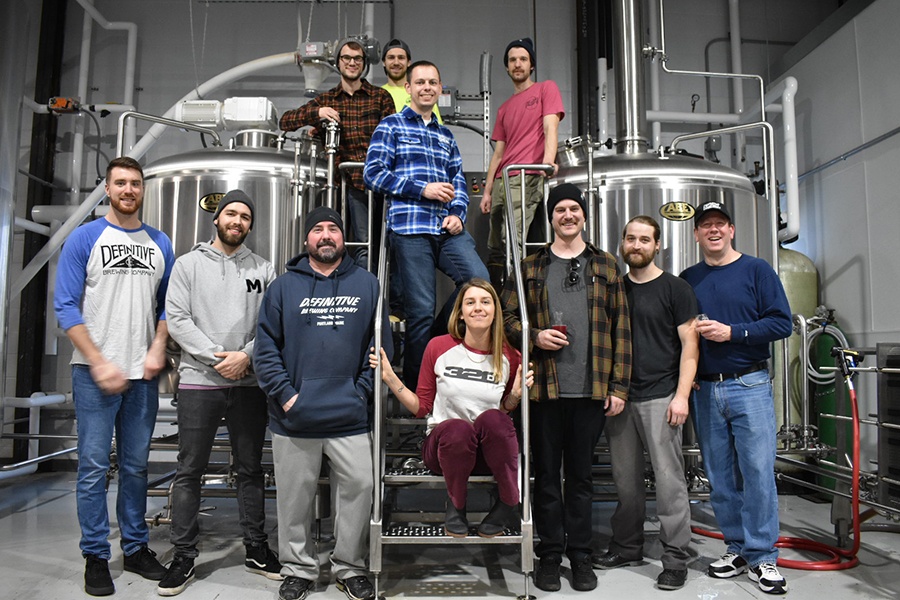 UPDATE, Thursday, May 21: Just in time for the unofficial kickoff of summer, Kittery has a new brewery: Definitive Brewing Co. opens its Route 1 taproom on Friday, May 22, at noon, for takeout and local delivery. If you’re lucky enough to spend Memorial Day weekend in Maine, cheers!

For Definitive Brewing Company, the past month has been a rollercoaster. The almost-2-year-old brewery has temporarily closed its Portland, Maine taproom, and completely changed its business model to focus on to-go sales and home delivery in the midst of the coronavirus pandemic. The owners have also continued to oversee buildout of a second Definitive location in Kittery, which cofounder and CEO Michael Rankin expects to open soon after the government allows businesses to reopen. Meanwhile, still, fans of the brewery helped propel Definitive to win Boston magazine’s third annual Malt Madness tournament.

“With the tasting room closed and all of our bar and restaurant partners closed, certainly it’s not all sunshine, flowers and rainbows,” Rankin says, “but we’re really thankful for the customers that are placing orders every weekend.”

Definitive’s Industrial Way taproom has been empty these last few weeks, but the company has been busy. / Photo courtesy of Definitive Brewing Co.

Definitive is producing at about 80 percent capacity right now, Rankin says. While some taproom employees have voluntarily stopped working, the company has not furloughed nor laid anybody off, “and we hope that we won’t need to,” Rankin says. He expresses gratitude for his business partners—who include head brewer Dylan Webber, chief operating officer Mike Herrick, and eight other investors who all have ties to Cobbosseecontee Lake in Manchester, Maine—and Definitive’s employees, as well as for liquor stores, which are adapting their own business models to continue to carrying Definitive beers; and for the brewery’s distributors, which include Boston-based Craft Collective.

Before the shutdown, Definitive’s new Kittery location was mere weeks away from being ready to seek the licenses required to open for retail can sales, Rankin says. The company originally targeted Memorial Day weekend to open at 318 Route 1, directly across from the Kittery Trading Post and Bob’s Clam Hut. (It’s a former Starbucks; Rankin notes the café chain has moved to a new location right next door.)

Opening now will depend on how quickly inspections and permitting can happen once it’s safe to reopen. It’s frustrating, Rankin says, but he also optimistically notes that his team can now really take their time to make sure they’re ready to welcome the public in Kittery. Their “cozy” new space is about 1,100 square feet, with an additional outdoor area for a seasonal patio and food trucks.

“We’re really excited to be able to provide more consistent access to our beers to all of our fans in southern Maine, New Hampshire, Massachusetts, and beyond,” Rankin says. Definitive will have a half-barrel brewing system in Kittery, focused on making stouts; and it will also have a small barreling facility. Like the Industrial Way taproom, Kittery will host weekly can releases of stouts, sour beers, and double-fruited crowlers. Those styles are all brewery exclusives, while cans of Definitive’s flagship Kölsch-style ale, Contee; and IPAs get distributed in select East Coast states. 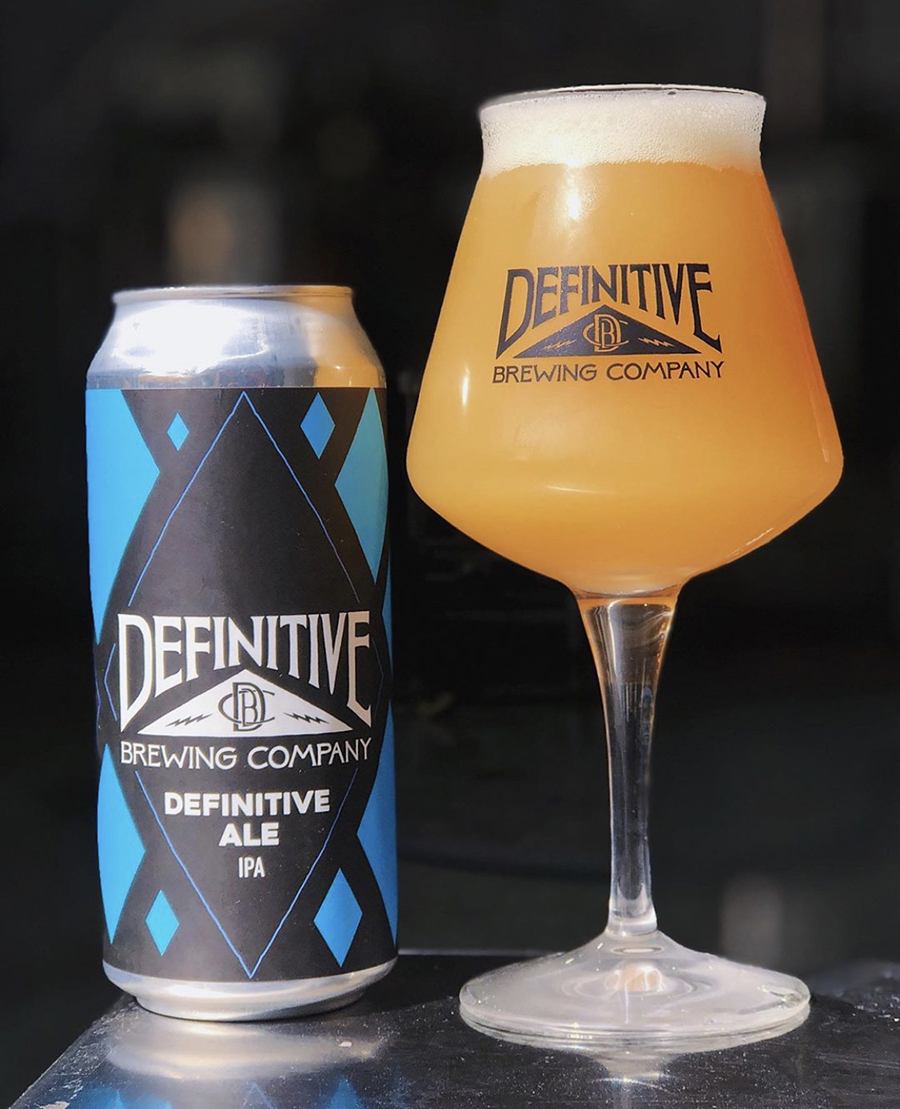 Boston was Definitive’s first market outside of Maine, launching here unofficially just five months after the brewery opened in 2018, and officially landing in the Craft Collective portfolio in early 2019. “There’s a ton of great beer there. Breweries all over the world are selling their beers in the Boston area, so if we could start to make a name for ourselves in a market like that, we thought that would be really important to our long-term growth,” Rankin says.

Definitive’s home base on Industrial Way also drove the decision to expand here so quickly. Arguably the ancestral home of Maine craft beer, the quiet office park, located a few miles north of downtown Portland, is where to find Allagash Brewing Company (50 Industrial Way). Next door to Definitive is One Industrial Way, a block of breweries now home to the original Austin Street location, Foundation Brewing Company, and Battery Steele. Maine Beer Company, Bissell Brothers, and Rising Tide all initially got their starts at that address, too.

“In the summer, probably eight out of every 10 cars [on Industrial Way] are from Massachusetts, so we really wanted to… be on their radar,” Rankin says.

In a very crowded beer landscape, Definitive has simply tried to stand out, Rankin says. Webber was head brewer at Mast Landing when he when he first met Rankin, and previously worked at the distinguished Maine Beer Company. His experience has helped fuel the upstart’s growth and reputation, Rankin says. The director of brewing operations also named the brewery. “In his mind, ‘definitive’ means perfect,” Rankin explains. “It’s every brewer’s dream and desire to make perfect beer, and nobody’s ever going to to achieve that, but it sets a reminder for us every day that we need to work hard and continue innovating, to make sure that we’re coming up with new products that customers are excited about.”

Winning Malt Madness was a small, positive distraction for the company during an otherwise extremely challenging month—but it was also an indication of the partners’ success in their mission.

“We were initially grateful and humbled just to be included in the 64, knowing there are so many breweries in New England,” Rankin says. His team shared the contest on Definitive’s social media channels as it continued to advance each round, and “we were just continually amazed by all the support we received. It’s a testament to how passionate our fans are about the beer and the brand we’re trying to build.”