Eight years after her first appearance, the hilariously self-deprecating chef competes tonight for the title. 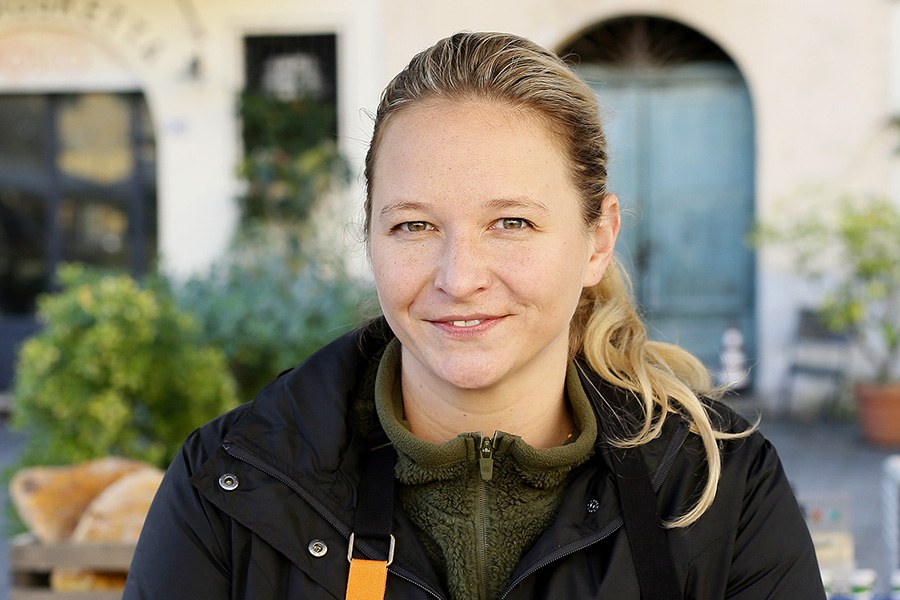 Boston chef Stephanie Cmar didn’t make lemonade out of the lemons she had during one particular challenge on the current season of Top Chef All Stars. She made panna cotta with yuzu curd and orange granita—but the proverbial platitude still applies. Cmar’s citrus panna cotta earned the Boston native and private chef her first solo win of the entire season. It reset the course for Cmar, who will compete tonight on the Top Chef All Stars finale.

Cmar, former sous chef at Barbara Lynch’s flagship No.9 Park, is today a private chef, as well as the only All Stars competitor who doesn’t have high-profile brand partnerships or her own restaurant or catering company. But her story arc in the Top Chef franchise is a testament to perseverance: She didn’t make it out of the first episode of the Seattle-set 2012 season, but had a strong go when she returned for the New Orleans season in 2013—until, that is, she was eliminated on a frustrating technicality.

Although Cmar’s self-deprecating sense of humor and cook-next-door approach to cuisine certainly earned her fans on the show, she’s also sure that her previous track record led some current viewers to underestimate her. And yet, All Stars competitors she has bested include her good friend, fellow Bostonian, and James Beard award-winner Karen Akunowicz; and Gregory Gourdet, a Portland, Oregon-based chef who was runner-up during the Boston season of Top Chef in 2014, and who has overseen Departure restaurant at the five-star Nines Hotel for more than a decade.

But Cmar never underestimated herself.

“To be completely honest, I never imagined not making it this far,” she says. “Every challenge we got, [I thought], I’ll get through this, I’ll do it, this is going to be amazing. When it came to the finale, I couldn’t picture myself anywhere else.”

Take that lemon-shaped citrus panna cotta: It tasted great, the judges agreed, but it was ultimately successful because “I [understood] what the challenge was asking me,” Cmar says. Filmed to be synergistic with the Tokyo Olympic Games that were supposed to happen this summer, before COVID, the challenge was based on the Japanese haute cuisine tradition kaiseki, which celebrates nature. Cmar served her panna cotta in an edible lemon rind, an innovation that was appreciated by guest judges Niki Nakayama and Carole Iida Nakayama, co-owners and chefs of Los Angeles restaurant n/naka.

“It was so amazing listening to them talk about what made a kaiseki,” Cmar recalls. “If the best thing I can produce is something that comes from nature, I should really take it from start to ending.” She nailed it. 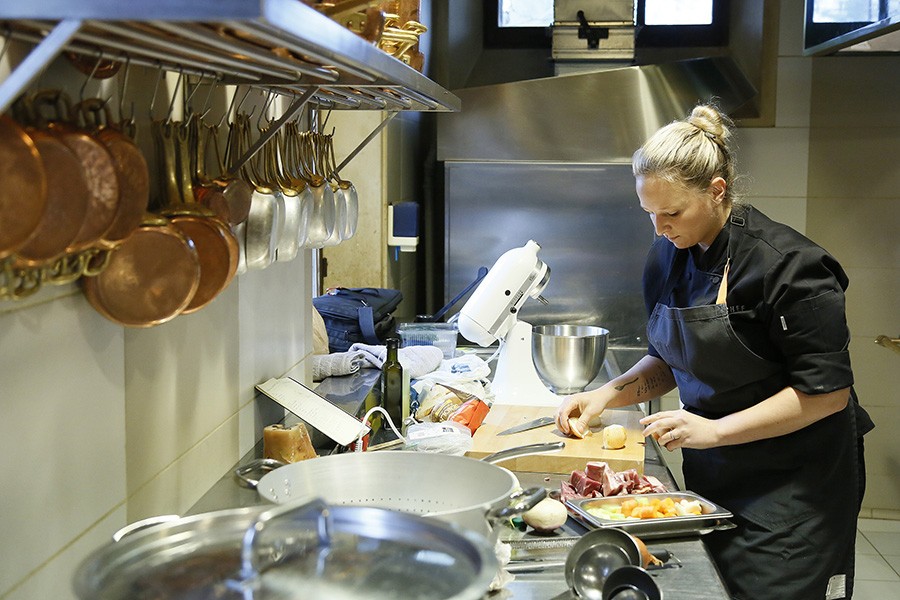 Stephanie Cmar cooks in a kitchen in Parma, Italy, during season 17 of Top Chef All Stars. / Photo by Ernesto Ruscio/Bravo

Cmar returned to Top Chef in part because her experience in the New Orleans season, which saw her leave the competition for someone else’s mistake, felt like unfinished business. But she also did it for very personal reasons. During the kaiseki episode, she told the cameras she was missing her late brother, and wished she could give him a call for support. She dedicated her effort that day to him.

“I went into [this season] very heartbroken,” she tells Boston. “I had lost my brother, and I went on the show because I didn’t know what else to do.” His memory fueled her success, Cmar says. “I know he would be so proud. I really tried to really live through every experience that was handed to me.”

She’s certain he’d be proud to see her travel to Italy for the first time: That’s where the five All Stars finalists jetted off to last fall, before the pandemic disrupted the world, to film tonight’s finale and a couple preceding episodes. Italy is also where Cmar’s confidence soared on the show. Yes, she has been impressing the judges with perfectly executed pasta and refined ingredient combinations (no wonder, since she’s the former pasta-maker at Boston’s Italian stunner SRV). But in surveying the slimmed-down competition, she was finally able to embrace that she belonged among the best.

“I was able to look everybody in the eye,” Cmar says. “I suddenly became very comfortable.”

Cmar has been incredibly proud to watch herself on TV with the rest of her family, including her husband and fellow chef, David Cavilla.

“But it’s been really weird. Really weird,” she says, referring to the entire season happening during the pandemic shutdown. “Where I thought I’d be going out and eating at restaurants, I have not had the opportunity to do that. It’s been a very internal experience.”

It’s also been tough to determine how—and even whether—to promote herself and the show to her 20,000-odd Instagram followers.

“Top Chef matters so much to me, and to people that watch, but there are things so much greater going on in the world that need our focus, so I’ve been trying to be empathetic.”

Cmar launched her own cooking show, called My Shitty Little Kitchen, early on in quarantimes. Produced by local videographer Brian Pu Ruiz, it’s an endearing culinary comedy series in which Cmar tries new recipes and techniques in her awkwardly narrow South End apartment kitchen, armed with basic equipment. “I always thought, this is the worst kitchen you could imagine for two chefs,” she says. With restaurants suddenly closing across the country, she thought it was time to show people that if she can make things work in her “shitty little kitchen,” they can succeed as home cooks, too. She has also used the silly show as a platform to help raise awareness and funds for social justice organizations like the National Black Justice Coalition and the American Civil Liberties Union.

“I’ve gotten the most positive DMs from people, like, ‘I also have a small kitchen and I don’t know what to do.’ I’ve been able to connect with people who think it’s impossible,” she says.

Some people probably thought it was impossible for an under-the-radar chef from Boston to make it to the Top Chef All Stars finale, too. The episode airs tonight, Thursday, June 18, at 10 p.m. on Bravo.