Despite COVID-era uncertainty, the chef behind Select Oyster Bar and others is moving forward with plans to replace downtown's Kamakura restaurant. 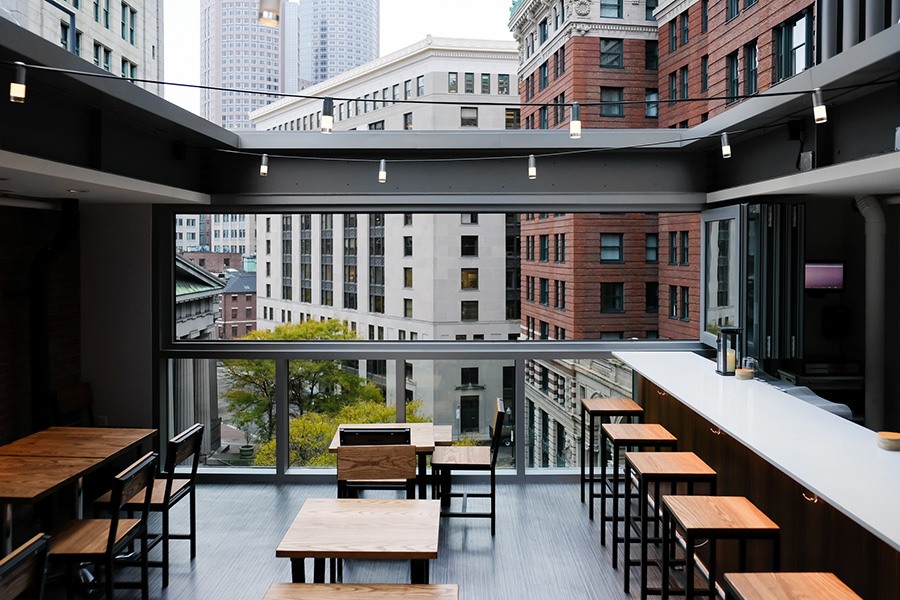 One of Boston’s hottest chefs isn’t letting the pandemic-related uncertainty ground his ambition: Chef Michael Serpa—the face behind the food at the Back Bay’s suave and award-winning Select Oyster Bar, Newbury Street’s still-new bistro Grand Tour, and a forthcoming South End establishment called Atlántico—plans to continue his ascension, quite literally, in 2021. His fourth Boston project will be a restaurant named Little Rose, as well as a rooftop bar dubbed Rosita, and it’s headed for the unique, multi-story space downtown that most recently housed Kamakura.

Serpa’s primary business partner is a developer who owns the State Street property where Kamakura, Boston’s pioneering kaiseki-focused restaurant, debuted in late 2018. Kamakura was the ambitious first solo effort from chef Youji Iwakura (Basho, Uni, Snappy Ramen), and showcased the traditional haute cuisine of the chef’s native Kamakura, Japan. (Iwakura could not be reached by deadline to comment on the property’s transition.) Spanning several stories, Kamakura had a street-level dining room and sushi counter, a second-level dining room and main bar, and an elevator up to a seventh-floor sake bar, which boasts a retractable glass ceiling and views of the Custom House Tower.

The rooftop bar is what sold Serpa on his latest project, he says. Under Serpa’s leadership, the top floor will become Rosita, a swanky tequila and mezcal bar with a slim menu of snacks like ceviches. The name is not only the Spanish translation of the lower two levels, Little Rose; it also recalls the name of a negroni cocktail riff made using tequila.

Little Rose, meanwhile, will be Rosita’s more casual counterpart. Expect a counter-service burrito shop on the ground level, aimed as a fast lunch option for office dwellers and tourists in the neighborhood. A second-floor dining room will offer sit-down service and a menu centered on tacos with homemade tortillas, plus quesadillas—such as one Serpa is currently experimenting with at home, using squash blossoms from his garden. You’ll also find ceviches and various entrees, including seafood or pork roasted in banana leaves.

“I want to make it approachable, where people can go [to] eat something that’s creative and a step up, or something very simple but great,” Serpa says. 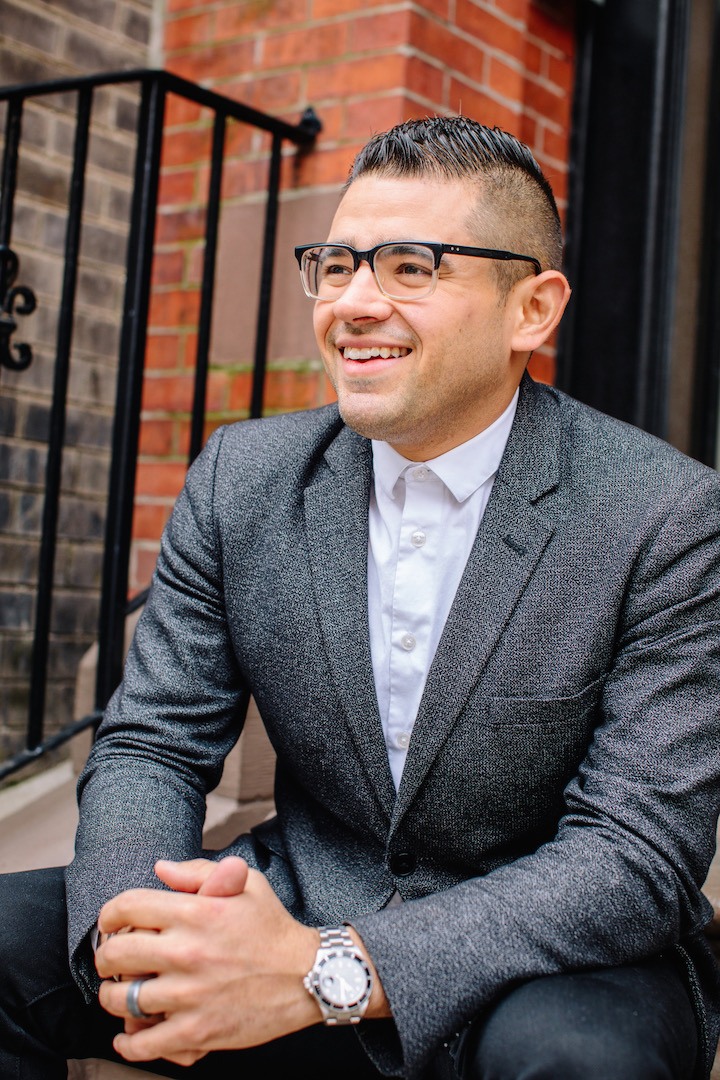 The chef loves the depth and diversity of Mexican cuisine, he says, especially working with the tropical elements found in the Yucatán region. He also finds the use of beans, tortillas, rice, and plantains familiar, having grown up in a Cuban family; his wife and business partner, Lina Velez, hails from Colombia. Serpa says that spots like Taqueria el Barrio (currently popping up at Bisq in Cambridge) and Little Rose’s future almost-neighbor, Villa Mexico Cafe, are already making great tacos and burritos—but he believes there is room for more Mexican cuisine in Boston. “I want to show what we love about it.”

Serpa acknowledges that the COVID era is a difficult one in which to work on a new restaurant opening. “It’s hard to commit to something in the middle of a pandemic,” he says. “Many people are really struggling with landlords and stuff like that right now,” he notes, citing restaurateur Garrett Harker’s candid Boston Globe interview about the impasse he’s facing over the fate of his three Kenmore Square restaurants: Eastern Standard, Island Creek Oyster Bar, and the Hawthorne.

“We’re in a little bit better position, because we’re not necessarily dealing with an outside entity, we’re dealing with ourselves,” Serpa says. In addition to owning the downtown space that Little Rose and Rosita will inhabit, Serpa’s business partner also owns Select Oyster Bar’s Gloucester Street brownstone, as well as other Boston real estate.

But operating right now remains very challenging. Select and Grand Tour, the latter of which debuted just six weeks before the pandemic temporarily shuttered restaurants in mid-March, are both currently open for outdoor dining. Serpa says that whether or not to reopen has been a nearly “impossible choice”: It presents risk for his staffers, yet their livelihoods (and his businesses) depend on it. On top of things, outdoor business is unpredictable, as it is weather-dependent, and the usual throngs of tourists, office workers, and students around Newbury Street have considerably thinned out.

Atlántico, located on the ground floor of 600 Harrison Ave., hadn’t yet hosted staff training nor ordered any food—luckily, Serpa says, as payroll and product are his largest pre-opening expenses—but was otherwise ready to open when the pandemic put those plans on hold. Serpa and his business partners are now waiting for the right time to open the tapas restaurant and café, and neither he (nor anybody else) knows when that will be.

While Serpa theoretically could debut Atlántico with takeout café service, patio dining or limited seating, there are myriad reasons he hasn’t done so—from the expense of staffing its large kitchen, to wanting to celebrate a more traditional restaurant opening. At this point, the return to a fully “new normal” for businesses seems to hinge on a vaccine or improved treatment for COVID-19. News this week is promising on that front: Cambridge biotech Moderna Therapeutics, which has been racing since January toward a coronavirus vaccine, announced that one is ready for the final phase of testing. The local company says its vaccine could be ready for the public in early 2021.

But for Serpa, moving forward is all he can do right now; every project is different, and he’s making decisions one at a time, just like the rest of us. The opportunity to take over the unique State Street spot is one he did not want to pass up. “People are going to go to restaurants on the other side, whenever the other side is. We just got to get to the other side.” 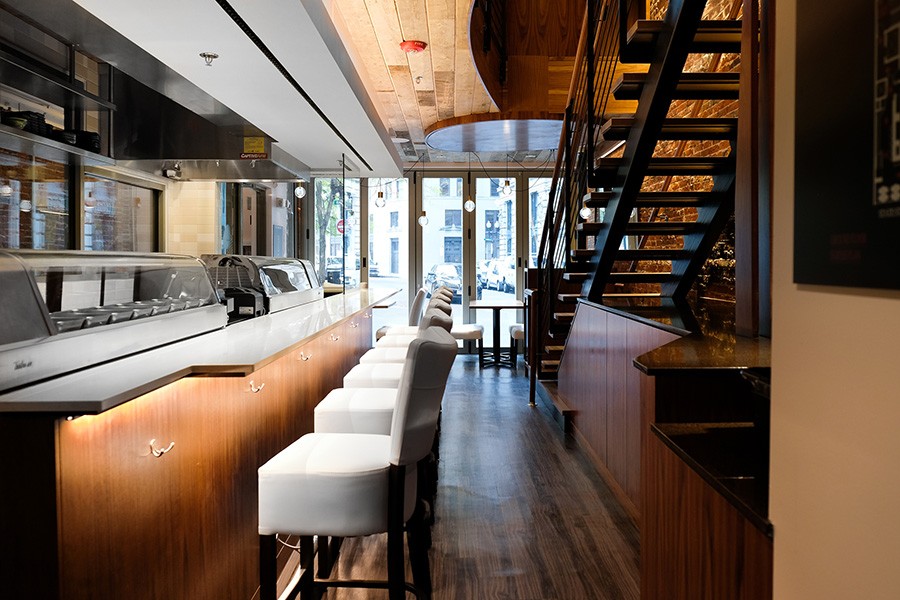