If Cheers Can’t Survive COVID-19, What Boston Bars Can?

When short-sighted landlords won't save even their most well-known, touristed tenants, we need an intervention before "last call" hits your local. 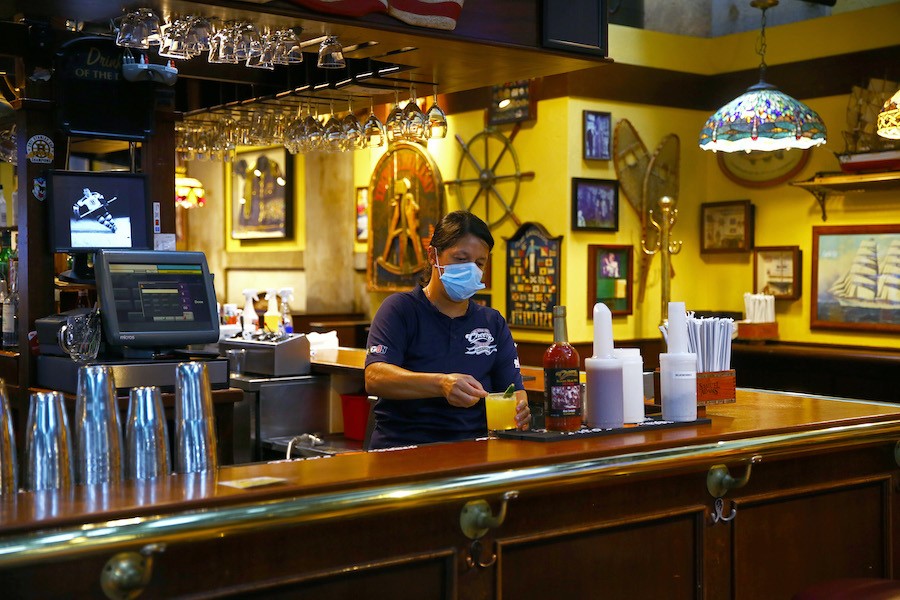 Shelley Long thought she could do better. Shelley Long was wrong. And before you under-30 folks open a new browser tab to Google “Shelley Long,” allow me to explain.

Back in 1987, when the NBC sitcom Cheers—based on the historic Boston bar of the same name—was a ratings hit, lead cast member and key component of one of TV’s most iconic romances Shelley Long overestimated her value to Hollywood and walked away from the show for bigger, better opportunities. She did not find them. Aside from some admittedly memorable roles in campy cult faves (Troop Beverly Hills and The Brady Bunch Movie, if you need the Netflix recs), Long never again achieved the same level of success, and her story went down as a cautionary entertainment-industry tale about assuming that the grass (and cash) will always be greener on the other side. (She did, at least, land a coveted spot on Time magazine’s list of the “Top 10 Quitters” of all-time, alongside such figures as Sarah Palin and King Edward VIII, so all was not entirely lost.)

This E! True Hollywood Story brings me to the more timely news that Cheers in Faneuil Hall, a 2001-opened replica of the TV show’s set, will permanently close on August 30, and it sounds like it may be the latest casualty of avaricious landlords who assume they can nail a better deal—even during a pandemic. Chasing the best bottom line is all part of business, of course, but what does it mean for small local bars if even Cheers, a globally known brand you’d think a landlord would want to retain, can’t catch a break?

In a press release announcing the closure, Cheers founder Tom Kershaw said, “I have faced, and pulled through, many kinds of downturns and upticks in the economy within the last 20 years Cheers Replica Bar at Faneuil Hall Marketplace has been in business. Sadly, the COVID-19 pandemic, combined with no assistance from our landlord (Ashkenazy Acquisition Group), has made this current challenge insurmountable.”

Ashkenazy, a NYC-based real estate firm that manages the 1742-built Faneuil Hall Marketplace, did not respond to a request from Boston about details of the negotiations with Cheers.

In a call to Boston, though, Kershaw elaborated on his side of the story. He says that Faneuil Hall Marketplace tenants submitted a letter to Ashkenazy requesting “tiered” rent arrangements reflecting the new economic reality of what businesses can afford. After all, current rents equal essentially “100 percent” of all the income that Cheers at Faneuil Hall has been taking in during pandemic-times, Kershaw says, and that’s clearly not sustainable. In addition, he says, Ashkenazy has been neglecting upkeep at the historic marketplace—making it even more unattractive to the few visitors of a dystopian-feeling downtown.

“The whole place looks like it’s closed down,” Kershaw says. With Ashkenazy not budging, Kershaw says the Faneuil Hall location of Cheers had no choice but to blink the lights.

What’s more, Kershaw’s complaint about an intransigent landlord is a familiar one to anybody talking to Boston bar and restaurant leaders right now. The industry is actively being gutted by a prolonged, COVID-incited economic catastrophe; restaurants are operating at limited capacities (if at all) and struggling to survive even as they gird themselves for a New England winter that will endanger the scarce outdoor seating (and attendant revenue) available to them.

And yet, while some landlords are working with their tenants to keep doors open (and to be fair, many do need rent monies to stay solvent themselves), others are kicking to the curb some of the beloved independent businesses that helped build modern Boston. Despite fans raising $200,000 to save Great Scott, the legendary, 1976-founded live-music venue still didn’t stand a chance. Garrett Harker is one of the most influential restaurateurs in Boston, yet an impasse in landlord negotiations may forever shutter Eastern Standard, Island Creek Oyster Bar, and the Hawthorne, his revered trio of venues that were instrumental in revitalizing the Kenmore Square-Fenway neighborhood over the last 15 years.

The list of closed and vulnerable businesses goes on, authored at least in part by property owners who refuse to moderate their terms and would rather house empty storefronts until they can convince deeper-pocketed tenants to move in. Of course, the tenants still able to afford sky-high rates in our new, dire economic reality are probably the kind of cookie-cutter corporate chains most of us moved to the city to avoid. Details, details.

I’ll admit that with so many unique bars and restaurants on the chopping block, I probably won’t spend much time crying into a frosty mug over the loss of the Cheers replica. If we were talking about the original location, that’d be a different story: The elder Cheers, which originally opened under the name Bull & Finch Pub before becoming one of the most well-known bars in the world, is a legit landmark that has more than earned its place in the city—even if, as with the late, somewhat-great Top of the Hub restaurant, it’s not somewhere I (or, I suspect, a lot of locals) spend a ton of time. (Luckily, Kershaw owns the Hampshire House, the building in which the original Cheers resides, and says that bar “isn’t going anywhere.”)

The Faneuil Hall location, on the other hand, always struck me as a strange concept: Presumably built to satisfy tourists who were disappointed to discover that Sam, Woody, and Carla were not personally polishing the glasses at the Beacon Hill Cheers, the replica restaurant is sort of like a Rainforest Cafe for ’80s-television nostalgists. Personally, I’d much rather go to the Real Thing than the Thing inspired by the Thing that was inspired by the Real Thing.

Still, its closure shocked me—not because it profoundly impacts the city’s authentic local color, but because it begs the question: What bar in Boston will be able to survive all this, if not a bar that was expressly designed to have the utmost mass commercial appeal, is housed at one of the most touristed sites in America, and is attached to a highly recognizable entertainment brand that lives on today through syndication and streaming? The place sells $25 bobbleheads of famous television characters, for Pete’s sake. What hope does your non-merchandised local watering hole have?

It all speaks to the urgent need for more state and federal support to save these businesses—hence why organizations like Massachusetts Restaurants United are pushing hard for legislation, like the RESTAURANTS Act of 2020 (currently stalled in Congress), that could provide rent relief and other assistance.

In the meanwhile, maybe landlords should consider the lessons of Shelley Long Syndrome: Winds and wants change, but sometimes it’s smarter to stick with the hit you have.