The Select Oyster Bar chef is bringing Spanish- and Portuguese-inspired plates to the South End. 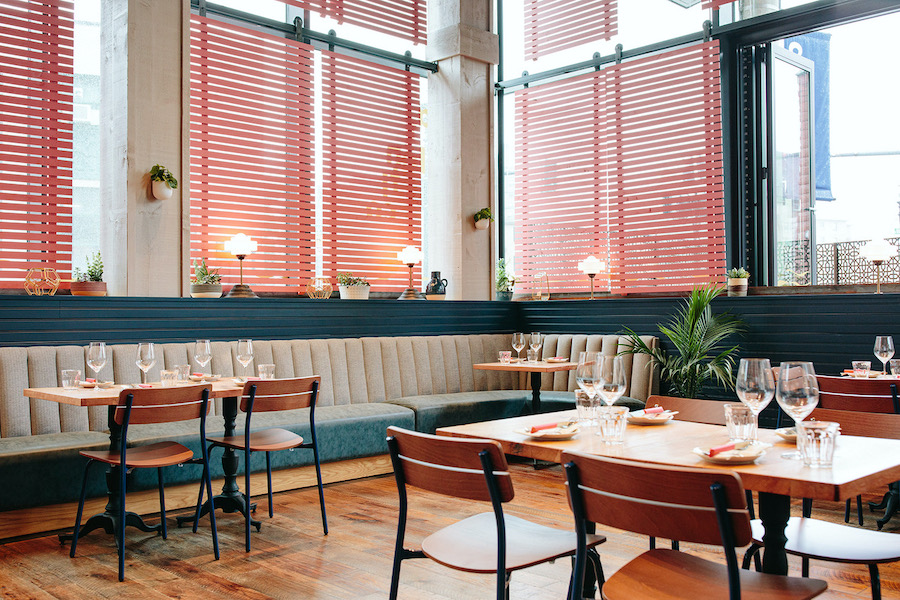 It’s a tough time to run a restaurant, never mind open a new one. But on Thursday, chef Michael Serpa, whose Select Oyster Bar is a past Best of Boston winner, will finally drop anchor at Atlántico, his new South End venture focused on Spanish- and Portuguese-inspired seafood tapas. Despite all the stress that comes with navigating the uncharted waters of a pandemic, he’s excited to focus on momentum.

“Restaurants haven’t been fun since March,” Serpa says. “I miss when restaurants were packed on a Friday night with a Beyonce track banging. We’re still pretty far away from that, but putting together a new space has been fun—we’re excited to do that again, and it’s been a bit of an escape.”

Atlántico will take over 600 Harrison Ave., the address that formerly housed Southern Proper. It’s a gorgeous space with 30-foot-high ceilings, wide walls of windows that flood the space with natural light, and updated appointments, such as gold accents and plenty of lush greenery. Besides the social distancing-configured dining room, which will open with about half of the 100-person capacity it’ll eventually accommodate post-pandemic, there’s also an ample patio that seats about 30 people. 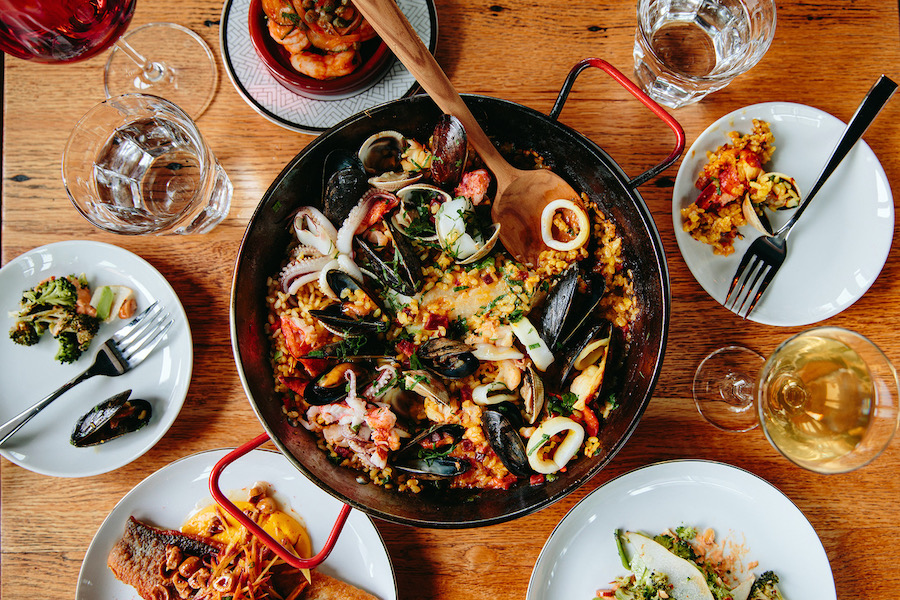 But Serpa understands that right now, you need to offer prospective guests something more than attractive trappings and a buzzy atmosphere. After all, folks are being even more discerning about where and when they dine out—they’re limiting social gatherings for public health reasons, of course, but also conscientious about discretionary spending at a time when everyone’s economic future feels, well, precarious.

That’s why at Atlántico, Serpa plans to focus on serving super-fresh, simply prepared seafood (as well as otherwise overlooked cuts) that guests aren’t likely to find anywhere else: Think roasted tuna ribs, Cantabrian brown anchovies, and Carabineros—large and elusive deep-sea Spanish prawns. There’ll be plenty of oysters, as well as crudo, tinned seafoods, seafood paella, and fish cooked a la plancha. Across the board, Serpa will dial back the adornments to let the pristine quality speak for itself (“almost naked, with just a bit of garnish”), as with the hake pil-pil, a Basque dish with a light sauce of lemon, garlic, olive oil and parsley. 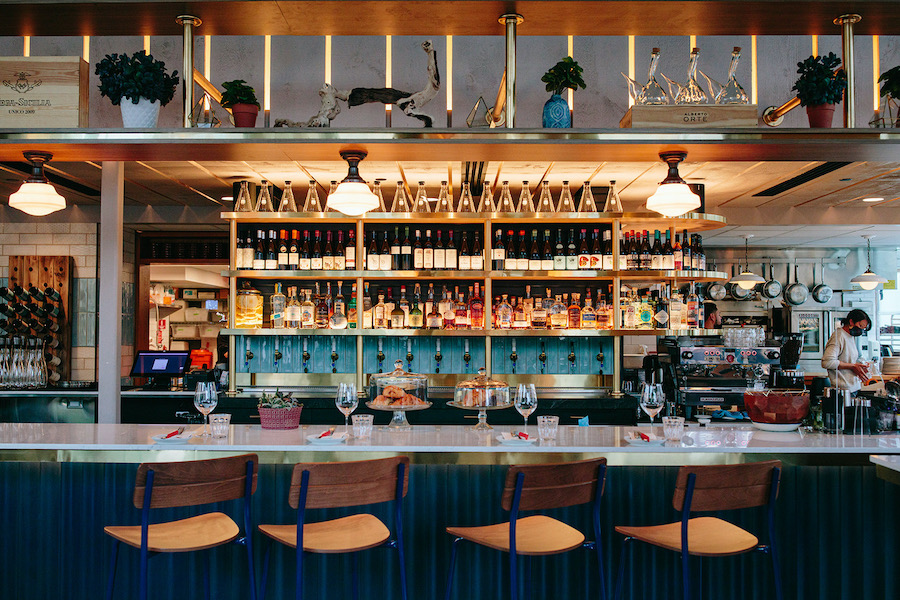 The bar at Atlantico. / Photos by Brian Samuels Photography

Over at the newly expanded bar, meanwhile, the beverage program will feature exclusively Portuguese and Spanish wines—including some unique sherries—alongside coastal-feeling cocktails; a few will be served on draft, including some citrus-infused gin and pepper-infused tequila tinctures.

As the pandemic rolled on, Serpa also made the decision to carve out daytime café service at Atlántico. For now, guests will find espresso drinks, pastries, and tables for tapping on their laptops; eventually he’ll launch weekend brunch, too.

Serpa knows it’s a “huge financial risk” to debut a new restaurant in the middle of the COVID-19 madness. Besides all the typical costs that come with opening a restaurant, there can be unexpected expenses—for instance, after a Select Oyster Bar employee tested positive for coronavirus in August, Serpa spent thousands of dollars to have his entire staff tested (everyone else’s results came back negative) and fully disinfect the restaurant. He’s also decided to put Grand Tour, his French bistro in the Back Bay, into winter hibernation-mode; it’ll reopen in the spring.

On top of everything else, about one in five Massachusetts restaurants has closed since the pandemic started, and—without significant state or federal relief, anyway—there’s going to be even more casualties once the cold winter months make outdoor dining difficult.

Still, Serpa, who also has a downtown Mexican restaurant coming together for 2021, didn’t want to keep all his future plans in purgatory. “Everybody’s in survival mode,” Serpa says. “But if you have a plan for what’s after that, you’ll be in a better position.”