Hold the PSL. Order these raviolis, pancakes, and ice cream scoops instead.

The problem: You secretly love pumpkin spice-flavored stuff, but you’ve already made too many jokes about PSL-toting #basics to be Instagrammed sipping a seasonal latte yourself. The solution: Fill your feed (and your belly) with these much more creative options around town—and go ahead, stop for a coffee on the way home, too. (We won’t tell.) 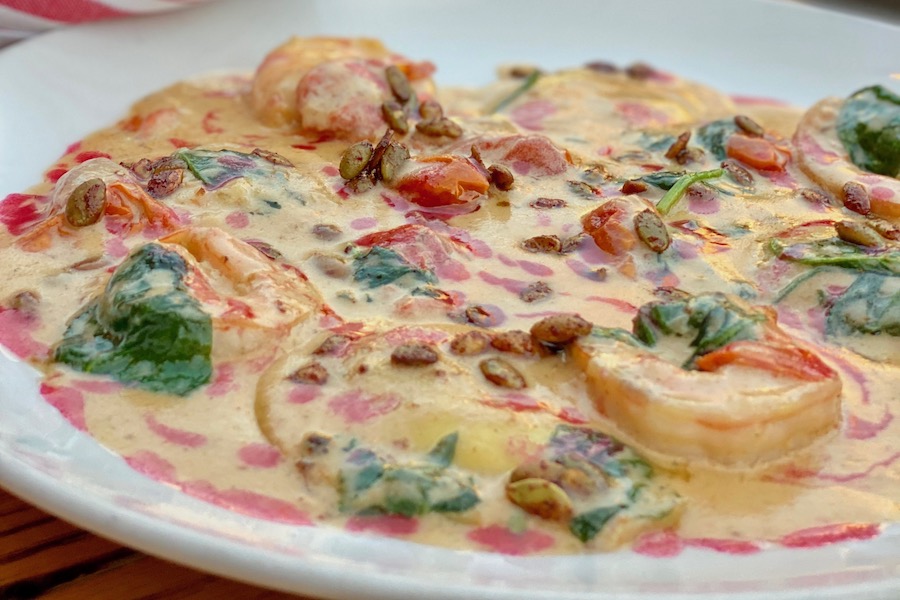 Spiced pepitas top off this uber-autumnal offering from City Tap House: pumpkin and butternut squash-filled raviolis awash in a mascarpone and brown butter cream with sautéed shrimp, crispy sage, and a bit of cranberry oil. As the name suggests, the place is known for its big beer list—but there’s also a strong, seasonally-apropos cider selection too; enjoy the blackcurrant flavor of the By Any Other Name cider from Artifact Cider Project, which is slated to open its Cambridge taproom any day now. 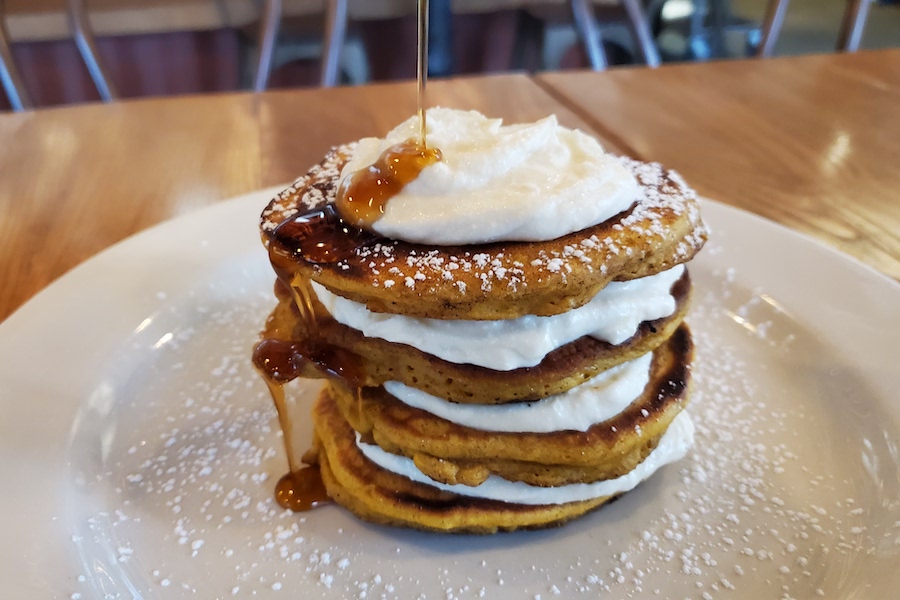 As the weather gets colder, it gets harder and harder to roll out of bed on weekends. (Happy Extra-Blankets Season!) But East Boston hangout Cunard Tavern has just introduced some extremely effective brunch bait: stacks of house-made spiced pumpkin pancakes layered with cannoli-style ricotta cheese filling, and topped with maple syrup and citrus zest. If you still need a little help waking up, grab a cuppa from the new Caffè Ducali coffee truck parked out front (and yes, boozy shots are available). 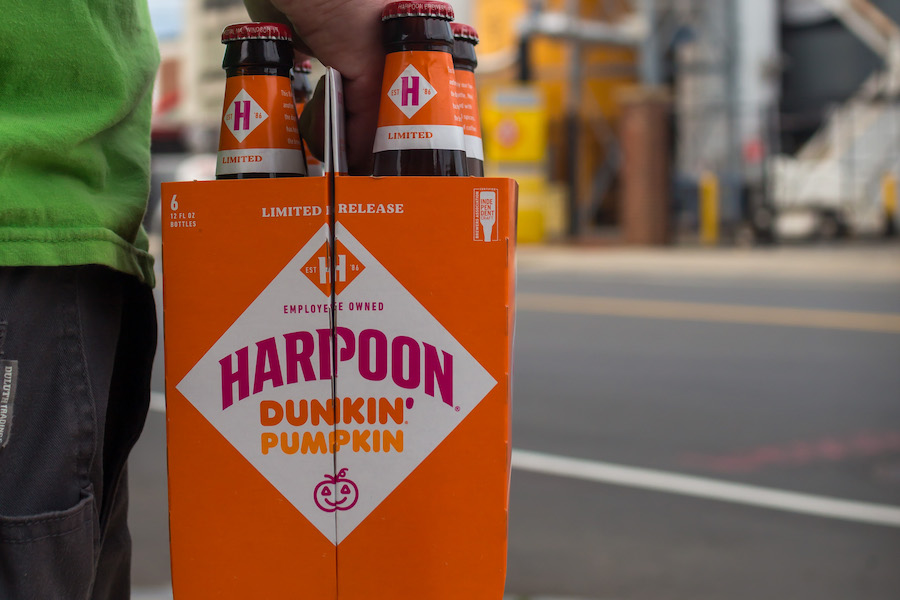 What happens when two Massachusetts-born beverage titans combine forces? The fall latte-inspired Dunkin’ Pumpkin ale appears on the scene, that’s what. Made with pumpkin puree, Dunkin’ coffee, and the hopes and dreams of everyone named Sully, it’s available at packies across the Commonwealth—but we say it tastes best right at the source, so fly by the Seaport brewery to pound back a pint with pretzels, Sicilian-style slices of pizza, sausage sandwiches, and claw-stuffed rolls from nearby Yankee Lobster. 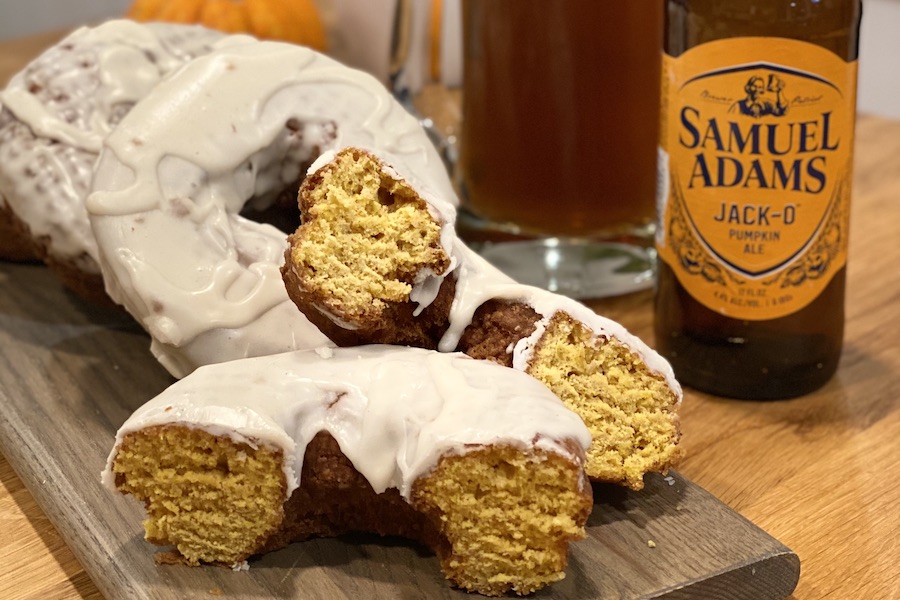 Kane’s knack for turning out creative flavors-of-the-month are one reason the doughnut maker is one of our favorites in Boston. To wit: October’s cake-style pumpkin-spice doughnut, which is covered in a honey glaze infused with a reduction of Sam Adams’ Jack-O Pumpkin Ale. While you’re there, you can also pick up one of Kane’s new Halloween-themed doughnut decorating kits: $25 gets you six golden rings with assorted frostings (including orange-tinted vanilla) and toppings such as candy corn and gummy creatures. 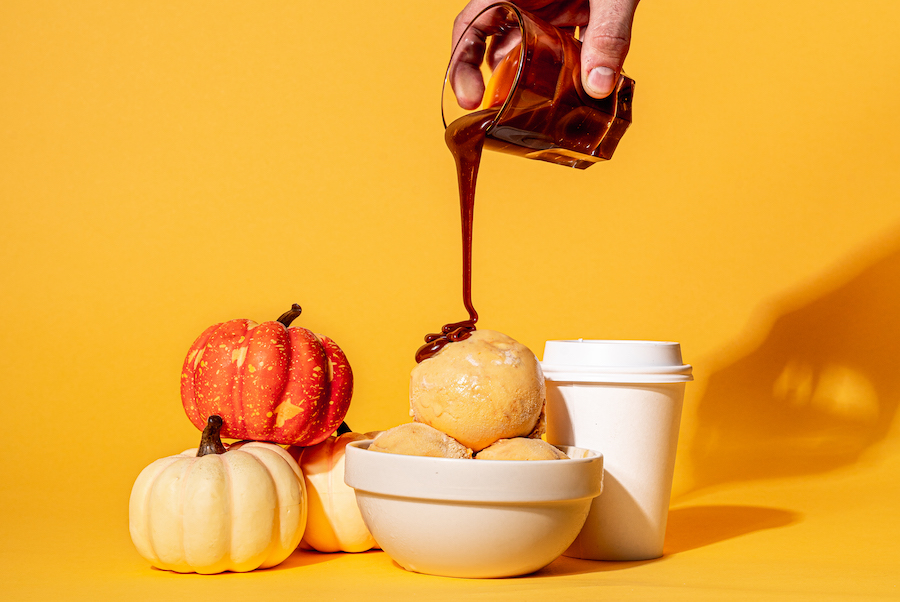 Bostonians are an ice cream-loving populace, so you’ll find us scooping up inventive scoops long after summer is over. And thanks to NYC-based OddFellows, that now includes liquid nitrogen-frozen pumpkin ice cream with spiced whipped cream and swirls of coffee caramel. Want even more fall flavors? Sate your craving for apple cider doughnuts with OddFellows’ apple cider ice cream, a sweet cream base mixed with massive chunks of cinnamon apple cake.

This great Dorchester gastropub has recently added PSL-inspired slices of tiramisu to its menu—spiced espresso-dipped ladyfingers layered with pumpkin whipped mascarpone and showered in cocoa powder. But it’s not the only surprise that chef Cara Nance has up her sleeve this season: On Halloween weekend she’ll launch Stalk, a vegan “ghost restaurant” operating out of the tavern’s kitchen. The takeout- and delivery-only menu is 100-percent plant-based, and debuts with seasonal dishes like carrot turmeric soup with saffron garbanzos, herbed tofu steak with creamy butternut barley, and whole wheat spaghetti with roasted Brussels sprouts and crumbled walnuts in a maple cashew cream.

Garlic, potato, cheese, and onion naan are menu mainstays, but this Indian restaurant in Somerville has also added some fall-timed pumpkin spice naan to its lineup—perfect for scooping up sides of mango or tamarind chutney. The intimate space is takeout-and delivery-only at the moment, and we highly suggest stocking your fridge with its cost-effective trays of naan, tikka masala, vindaloo and more that can supply more than a few nights of family dinners. 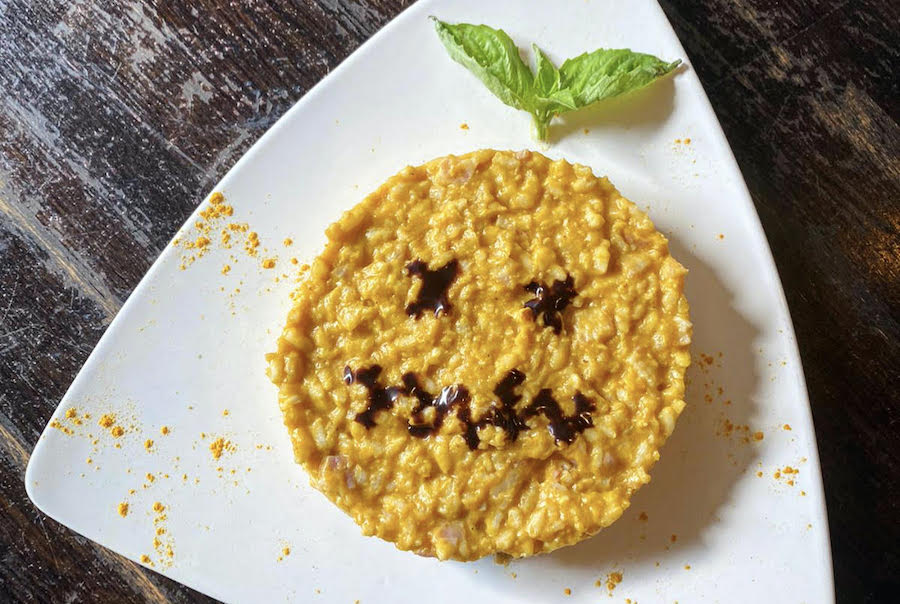 Although the certified Neapolitan-style pizzas are probably the main draw to this downtown restaurant, chef Marco Caputo has a knack for spinning out many more modern Italian plates. Among them is his annual pumpkin risotto, an indulgent (and adorably presented) dish with pancetta, fontina cheese, and a decadent dose of spicy pumpkin cream. 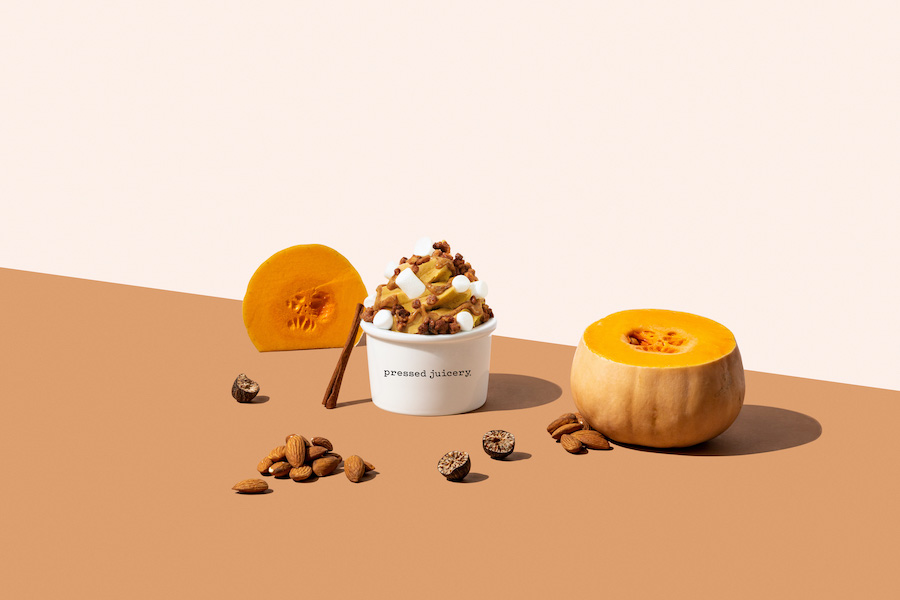 Good news for dairy-free dessert lovers: You may now descend on the Back Bay location of Pressed Juicery to discover plant-based soft serve in a new pumpkin spice flavor. The treat is made with pumpkin puree, almond butter, maple syrup, cinnamon and nutmeg. There’s no real cream, but it tastes like a dream.