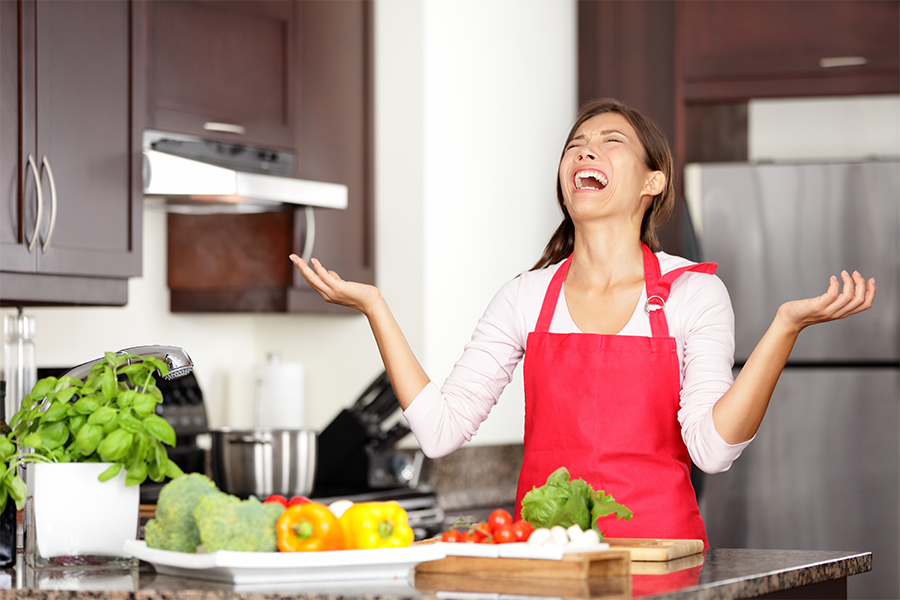 Usually at this time of year, I would be making my 35th casual sweep through the office kitchen for the home-baked toffee someone left on the community table. It’s a season of excess, the time of year we pretend it’s normal to eat a series of foods with the equivalent of two sticks of butter baked into them. Why not attempt that overly complicated cinnamon-bun recipe and eat it all at once? Treat yourself! Unfortunately, due to extenuating circumstances, the thought of even gathering ingredients to produce additional foods makes me feel so exhausted I need to lie down on the floor, if I have not already done so. Thanks to the tedium of COVID times, my general attitude toward cooking is a dawning horror that I am once again required to feed myself three times. That can’t be right, can it? What if, instead, we ate like large snakes, and had only one meal every couple of days? Then at last, at last, we would be freed from having to come up with new things to cook and eat. But in the absence of us all getting transmuted into anacondas (don’t knock it until you’ve tried it!), I have gathered the following fun and easy quarantine recipes for you to attempt this holiday season while staring down your kitchen for the 800th day in a row.

Some people would say peanut butter and jelly is for children, and to those people I say, Buster, I’d like to see you come up with a classic sandwich that’s fed generations. The problem is that peanut butter always comes in bigger tubs than jelly, so it’s hard to keep the quantities in your house consistent. Is peanut butter and nothing a sandwich? Of course! What about peanut butter and that old jar of sundried tomatoes in oil? The Earl of Sandwich himself couldn’t object! Yum, he’d say.

2. Cereal, but for all three meals

We’ve all had cereal for breakfast, but what if, instead of stopping there, you simply had an additional bowl every time your non-anaconda stomach tried to tell you it was time to eat again? Best paired with a fizzy rosé, but only for the nighttime bowl. Let’s not get too wild here.

I feel I should clarify: I am also tired of ordering food to come to my house. It gathers in tragic plastic tubs, its identity becoming less clear by the day. But that doesn’t mean it’s not still technically edible! One way to ease your decision-making paralysis is if you pick a tub at random and just warm up some mystery glop. It’ll be fine. Don’t inhale.

For this recipe, before you even get to your kitchen, turn right back around and begin aimlessly scrolling through your delivery app of choice. But, oops: It’s a national holiday. That means your preferred purveyor of not-your-own-cooking is probably closed. Time to scroll to the fourth or fifth page of options. There, that one restaurant around the corner that you’ve never seen a single person enter, they seem to be offering something edible! Sure, they only have one Yelp review and it has a six-paragraph response from the owner, but everyone deserves a second chance (specifically from the city health department).

Remember at the beginning of quarantine, when you bought a lifetime supply of dry goods in case you got COVID and couldn’t leave home to acquire groceries? Sure, you’ve used some of them to make nachos a few times, but you’ve still got a few bags of dry beans (dry! What were you thinking?) lurking on a shelf somewhere. Now’s the time! First things first, look up how to turn dry beans into edible beans. After you do whatever that is, put them…in a pot? With, like, some minced garlic. And…ugh, maybe some ground beef? Is this chili? Forget it, just go back to the second recipe.