Two star-associated eats are now available for delivery in Boston. Here's our tongue-in-cheek take on who wins.

Perfumes, cosmetics, sneakers—celebrities love to slap their names on products that are well outside their wheelhouse. And this certainly happens in the food world, too. Why, witness Mariah’s Cookies, a new line of baked goods from Ms. Carey the pop princess, and Pizzaoki, a pizza brand by Steve Aoki, one of the most famous and handsomely paid DJs on the globe. (To be fair, Aoki’s father is the founder of the Benihana restaurant chain, if that counts for anything. I suspect it does not.) 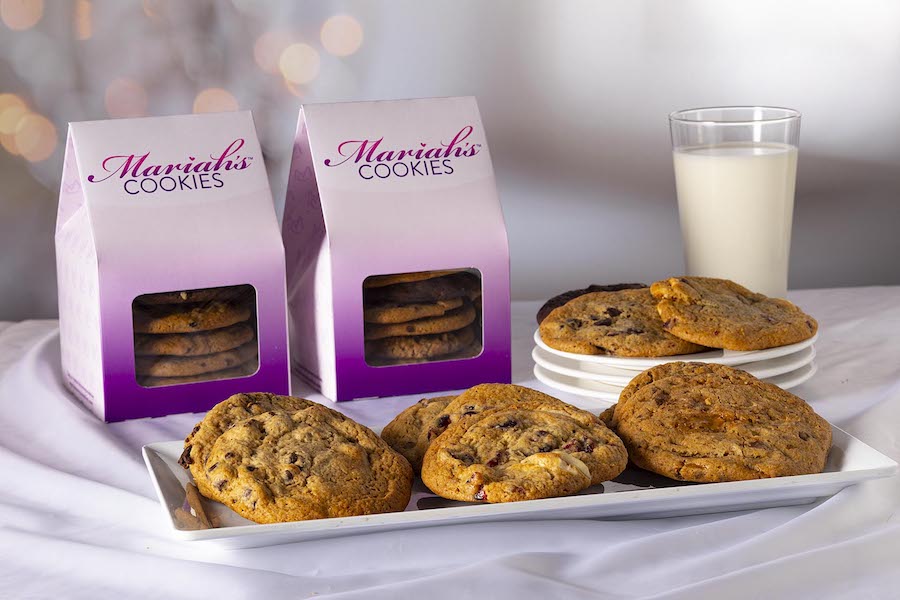 Both foodstuffs became available in Boston for the first time this month, offered exclusively via delivery apps thanks to partnerships with the New England nightlife kingpins at Big Night Entertainment (Pizzaoki) and Virtual Dining Concepts (Mariah’s Cookies), a company cofounded by restaurant mogul Robert Earl, owner of the Massachusetts-born Bertucci’s chain. While I strongly encourage directing as many of your dining dollars as possible to the non-celeb-backed local ventures that need it most (consult our large library of restaurant guides for ideas), curiosity got the better of me: Which famous name-affiliated food would win in a face-off? I fired up Uber Eats and compared the two across three categories: presentation, taste, and value.

Presentation: Methinks Mimi would not be impressed by the uncharacteristically un-flashy packaging for Mariah’s Cookies, which come in a simple, gradient-purple box designed by someone with “proficient in MS Paint” on their résumé. Aside from the knockoff-Coach-like “MC” initials down one side, there’s not much to look at. For shame! These are Mariah’s cookies. Where is the glitter? Where are the sequins? These cookies should be sausage’d into some kind of slinky fabric casing with a rhinestone pattern straight out of a mid-Aughts MySpace profile. So much lost opportunity. 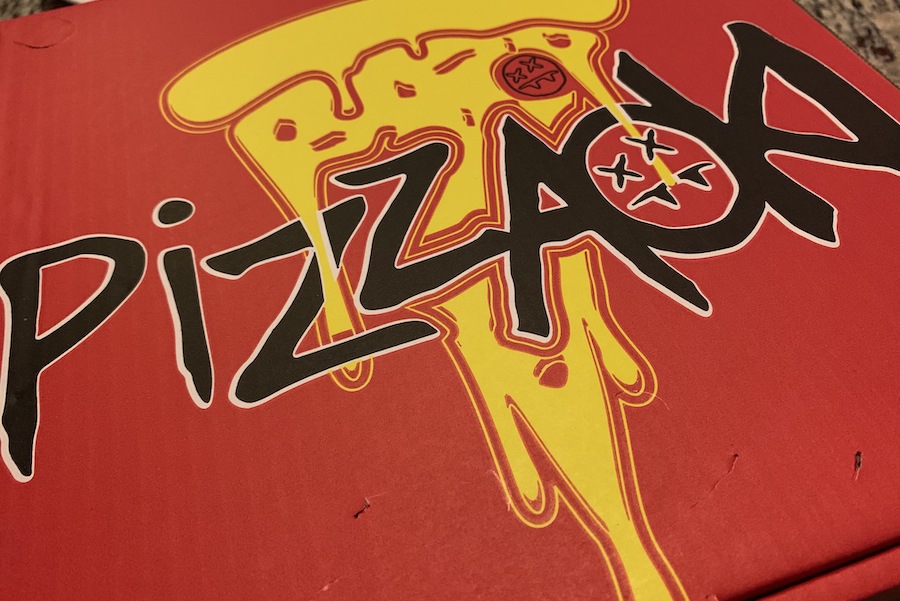 Pizzaoki, on the other hand, nails its celebrity-associated aesthetic. The pies arrive in a fire-red box branded with a typeface that is as hostile and garish as a subwoofer-shattering dubstep drop. An illustration of an aggressively gooey, golden slice of pizza is topped with a smiley-face pepperoni whose X-shaped eyes and drooling mouth suggest he’s riding high on (or coming down from) some real good shit. And the underside of the box, which you may not notice until you’ve dropped it in the recycling bin, is covered by a silhouette of Steve Aoki’s hirsute face. Whereas the diva’s cookies lack her signature Extra, the DJ’s pizza box looks exactly like something that would be ripped apart by ravenous hordes at an EDM fest. Winner: Pizzaoki. 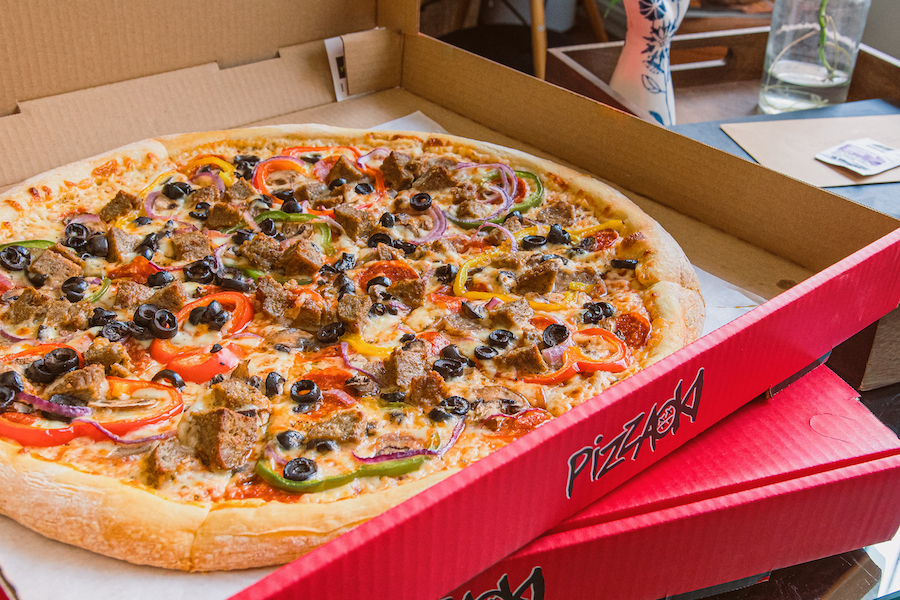 Taste: I know it’s sacrilege to say this when “All I Want for Christmas Is You” is enjoying its annual dominance over the airwaves, but aside from a handful of tunes that bring out my bone-deep ’90s nostalgia (“Someday” is a bop!) I’ve never been a huge Mariah Carey fan. Surprisingly, though, the songbird’s signature sugariness hit just the right note for me when translated to cookie form. Although individual flavors like spiced oatmeal, white chocolate cranberry, and gingerbread can be ordered by the full or half dozen, Mimi’s Mix Box let me tear through six different varieties—including triple chocolate chunk, Heath bar, and lemon cooler—in record time. Guys, they were good. I was prepared to sneer, but if I encountered these cookies at some hip, indie neighborhood bakery with an ampersand in its name (“Sweet & Loaf”, or some such), I’d be singing their praises. It may cost me cool cred, but I can’t pretend they’re less yummy simply because they were baked out of a Bertucci’s.

Value: I think it is fair to assume that Mariah Carey enjoys living in the lap of luxury. She exudes the energy of a woman who wears a tiara for a nightly ritual of bathing in Moët in a butterfly-shaped tub. Luckily, though, we unwashed masses do not need the pastry budget of a multiplatinum-selling megastar to gorge on Mariah’s Cookies: A dozen cookies is $21.99; add taxes, third-party delivery fees, and a 20-percent tip for the driver, and this becomes about $36. That’s three bucks per cookie, which is assuredly more than you’d pay for a grocery store-bought package of Pepperidge Farms, but on par with price points at a neighborhood cafe—and the quality is commensurate.

Pizzaoki, meanwhile, knows that its audience—used to splurging on bottle service and designer dancing shoes—probably has no problem running a high tab for post-clubbing pizza with a VIP name attached. (Even if, right now, “post-clubbing” merely means “after bumping a particularly energetic playlist while in your pajamas in your living room.”) The generously portioned pies only come in large and medium sizes, and a pair of the latter, after accounting for the fees and tip, ran me just shy of fifty bucks. Now, perhaps there is a time and place for a $25 pizza, but as someone who came up scarfing after-hours slices at Cambridge’s Hi-Fi Pizza (RIP), paying with whatever crumpled dollar bills I hadn’t already donated to a drag queen at nearby Manray nightclub (also RIP), I have a hard time dropping that amount on drunk food. Winner: Mariah’s Cookies.

In conclusion, Mariah’s Cookies was the victor in this all-in-good-fun food fight. Feel free to ignore me, though, and order up both to decide for yourself which star brand shines brightest. Ultimately, only you can decide whether Mariah’s Cookies activates your whistle register or Pizzaoki perks up your at-home dance parties. It’s winter in a pandemic, all—we’ve got to make our own fun.