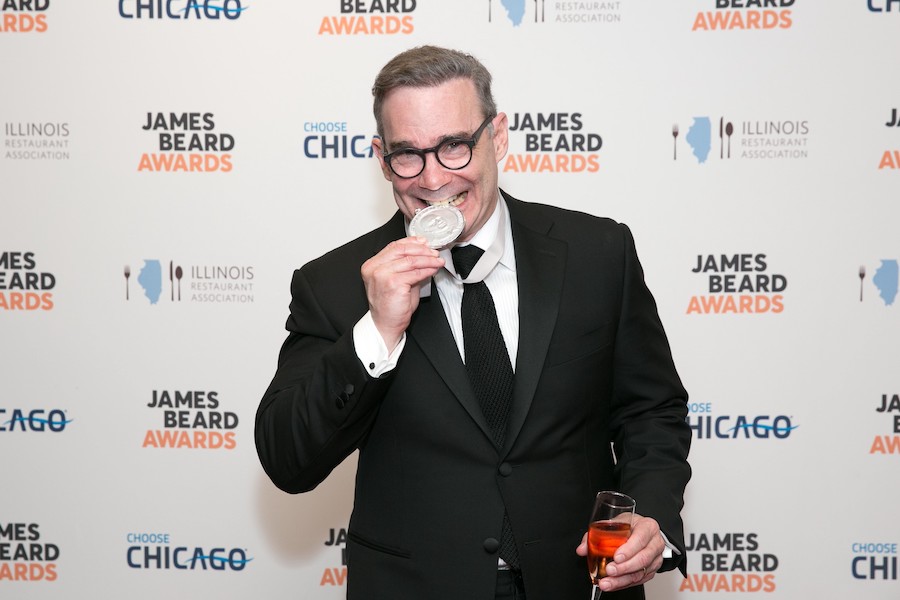 Roger Berkowitz, longtime owner of Legal Sea Foods, takes a bite out of an award during his 2017 induction into the James Beard Foundation’s Who’s Who of Food and Beverage in America. / Photo courtesy of Legal Sea Foods

It’s the end of an era for one of the biggest Bay State-born restaurant names around: Legal Sea Foods has been sold, closing a special chapter for a 25-plus-location East Coast kingfish that had been family owned since its founding 70 years ago.

Coming as it does in the midst of the COVID-19 pandemic, and on the same day that Governor Charlie Baker announced new restrictions that will lower business capacity limits to 25 percent, the sale also underscores how even the most successful and well-established restaurants are being hammered by the public health emergency’s economic fallout (and the lack of substantive government aid).

“The pandemic radically changed things,” says Roger Berkowitz, who has been president and CEO of Legal Sea Foods since 1992. He wasn’t planning to sell his restaurants—at least, not anytime soon—before COVID-19 slammed the industry. But Berkowitz says that Legal’s business has been down about 40 percent at its suburban locations; at urban locations, it’s been more like 75 percent. And so, although he will retain rights to the Legal name for retail ventures, he also knew it was time for a major change.

Rumors circulated a few months back that Berkowitz, whose grandfather originally launched the seafood business as a Cambridge, Mass. fish market in 1950, might be selling the popular mid-priced chain—which opened its first restaurant in 1968—to PPX Hospitality Brands, a new Medford, Mass.-based offshoot of Danu Partners, an Irish investment firm. Although the financial terms are not being publicly disclosed, that deal was finalized today, both parties confirm.

“The recent pressures COVID-19 has placed upon the restaurant industry have been enormous and nearly impossible to tackle alone,” said Kim Giguere-Lapine, PPX’s chief marketing officer, in a provided statement about the acquisition of Legal Sea Foods.

“Seeing restaurant operators come together to find solutions that support each other is a cause for celebration. We are confident we’ll get through these challenging times together.” 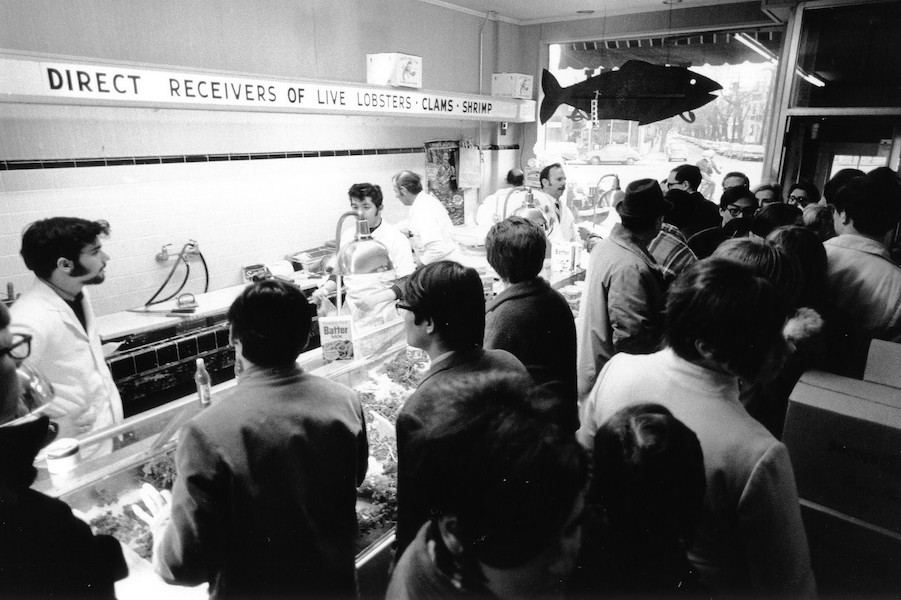 Although Dublin-based Danu Partners has its hand in a few different industries, including Irish talk radio and international sports television, its PPX hospitality branch is “solely focused on New England ventures,” according to its website.

Danu laid the foundation for this regional subsidiary by first acquiring the Boston-based Smith & Wollensky steakhouse chain in 2016. Then, at the start of 2020, PPX took a bite out of Hub restaurateur Nick Varano’s glittery Italian restaurant empire, buying most of his Strega locations. Strega president Nicholas Foley moved over to PPX to oversee this new division; similarly, Legal COO Ann Marie Escobar will now helm PPX’s Legal operations.

The relationship between Berkowitz and PPX, meanwhile, will be more distinct. PPX will have ownership of all Legal Sea Foods restaurants, as well as its behemoth Quality Control Center in Boston’s Seaport. On the other hand, the deal allows Berkowitz to retain ownership of the Legal name in other channels, including e-commerce and retail.

What will that mean, exactly? Berkowitz says he’s not yet ready to discuss Legal-specific ideas for the future, but he says he is working on a new venture—dubbed Nitro-Fresh—that will freeze and ship restaurant-quality seafood straight to home consumers.

Naturally, bidding bon voyage to his Legal restaurants was a bittersweet decision for Berkowitz. After all, he was frying fish at his grandfather’s original market by the time he was 10 years old, standing on milk crates to reach the counter. But he says that he’s also excited to return to those retail-oriented roots, build a bigger footprint for Legal in that respect, and offer his sons the opportunity to help steer new directions for the family business.

These ventures also represent the kind of efforts more restaurants will have to make if they’re to survive the pandemic, Berkowitz adds, echoing other experts who see a large-scale evolution of the industry ahead and feel that the pandemic has “accelerated” a transformation on the horizon.

“I suspect there will be a lot of creative thinking going forward,” says Berkowitz. “There may be some shifts. Will there be more ghost kitchens? Will there be an uptick in delivery? Will restaurants become more celebratory on the high end? Will they become more delivery-oriented, on the less expensive end?

“People are still going to eat, but the methods may change,” he adds. “There’s always going to be room for restaurants. There may not be as much room for all the restaurants we previously had.”