All the Dunkin’ Breakfast Sandwiches, Ranked

Why? Because Boston runs on bagels and bacon. Besides, why not?

Believe it or not, most writers hate ranking things. Why? It’s hard! Pitting apples against oranges is always a challenge. I mean, is it really fair to compare cranberry juice to cod in a ranking of Massachusetts’ official state foods? Can one truly declare that Keytar Bear trumps Blade, the Bruins mascot, in the hierarchy of Bay State bears?

Ranking things is made much easier, though, when you’re dealing with a fairly finite list of variables. See: Dunkin’ sandwiches. Though these staples of the New England diet come in many forms, ultimately they’re all variations on a theme—some kind of bread paired with egg, cheese, and maybe a pork product.

What specific combo best fuels your morning-after? It’s a question every painfully hung-over Bostonian must answer for themselves. But we’ve done our best—because science—to lay out the hierarchy. Of course, we can’t cover all the possible sandwich permutations, since Dunkin’ orders allow for a lot of customization. For instance, you might choose to have your ham, egg, and cheese on a croissant instead of an English muffin. When in doubt, though, we defaulted to the ingredient arrangements that are illustrated by each sandwich’s glamour-shot menu photo. (Makes sense, right?)

Before we dig in, one plea: The beloved Dunkin’ brand is doing just fine, so whenever possible, please direct your breakfast-sandwich business to a locally owned cafe in your neighborhood. They can really use the help right now (and always). Also, it’s better food.

That said, we know you’ll soon be eating one of these anyway—probably in your car, while battling traffic on 93. So here’s our humble idea of what to snag, and what to skip, in ascending order of breakfast snack satisfaction. 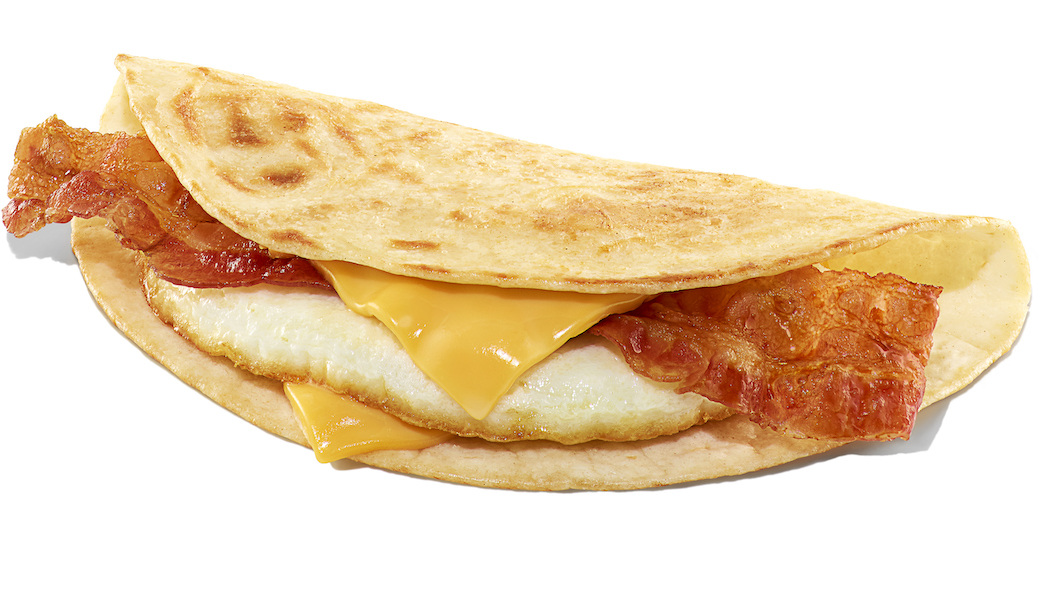 The Wake-Up Wrap, which comes complete with a registered trademark symbol (yum!), is a Dunkin’ sub-menu of small, flour discs that refer to themselves as tortillas and are used to partially encase a choice of egg and/or cheese and/or protein. They’re small, cheap, comparatively low-calorie, and capable of being consumed by a human. That’s all I’ve got. You really don’t need to wake up with one; you’ve already made poor choices and that’s probably why you’re in line at Dunkin’ wearing yesterday’s clothes.

Let’s blow quickly through the quote-unquote health-conscious offerings, shall we? No one goes to Dunkin’ for nutrition. They might go for this “omelet” (it’s a sandwich), a spinach- and pepper-studded egg-white patty between cracker-like “multigrain thins.” However, they will quickly discover they are better served by skipping to a donut (it’s what you really want) and just tacking a little more time onto a Peloton class. 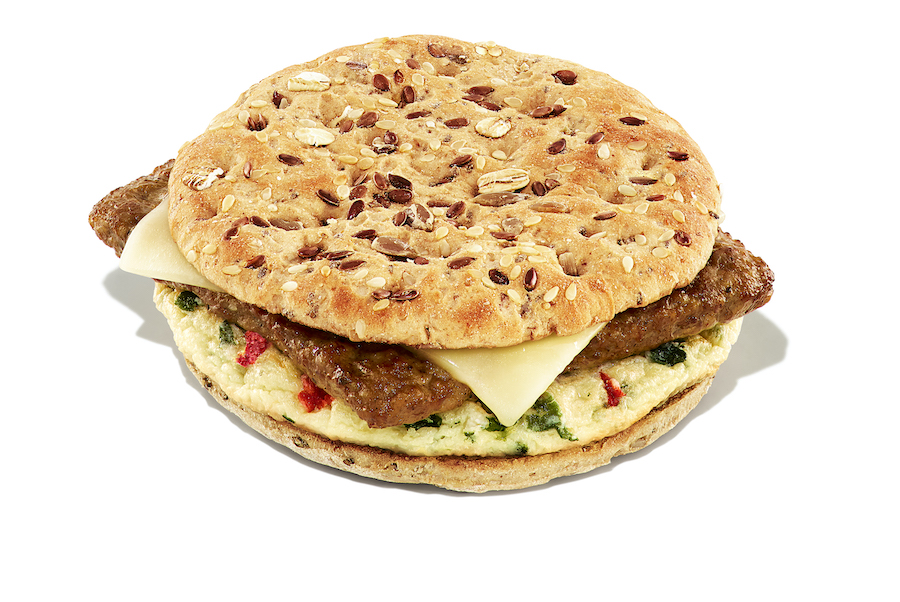 Nice name, but this is just a veggie egg-white omelet that adds turkey sausage and cheddar. An improvement? Well, sure. Was Michelle Williams an improvement on Latavia Roberson when she joined Destiny’s Child? Yes. But I still didn’t buy her solo album.

The first of several sourdough-toast melts on the list, it ranks lowest because I have determined that limp ham is my least preferred form of Dunkin’ meat. You might feel differently. That’s what makes us all so beautiful.

Better. You’ve got an egg, you’ve got a choice of cheese—I’m a yellow American man, myself—and you’ve got an inoffensive English muffin with a nice little squish. Your teeth are like auntie-fingers pinching a cheek. So darling. Now have another, you’re gettin’ too skinny. 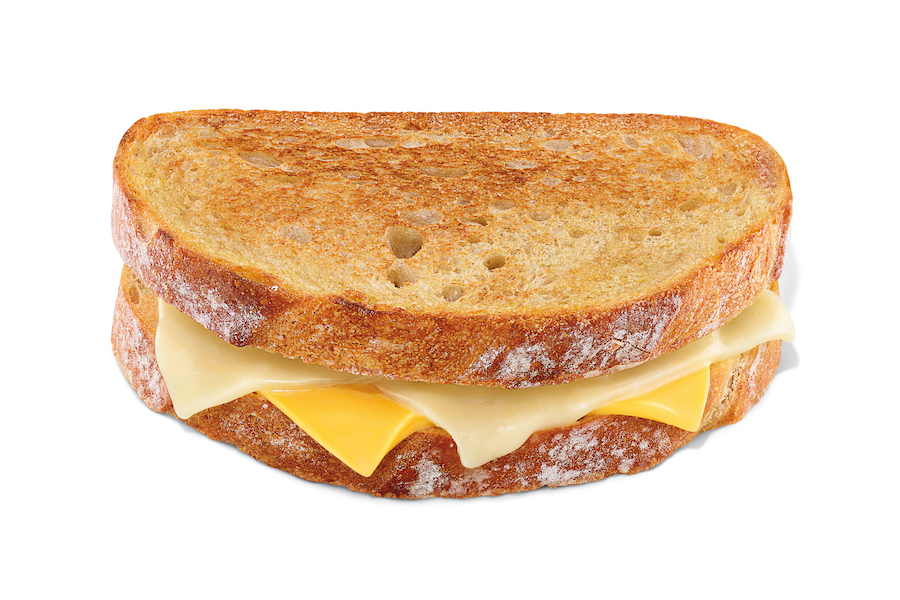 Stop right now: If you want a grilled cheese, you’ve got to try one of these. If you can’t have one of those, this will do. I mean, it’s bread and melted cheese—you really can’t mess this up. 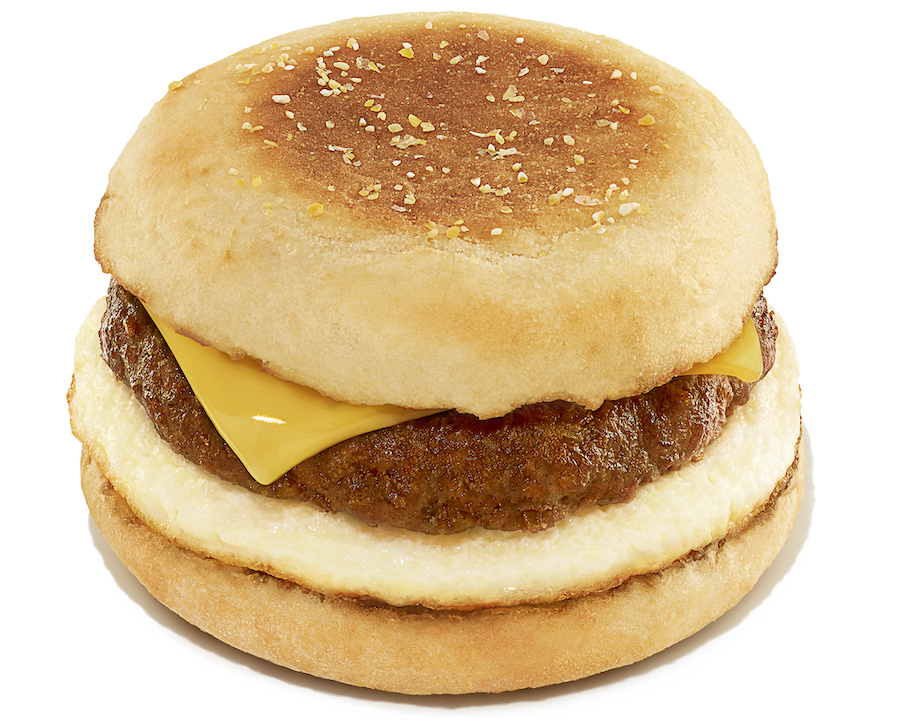 As with RuPaul’s Drag Race, it’s when we reach the Top Five that things really get exciting. Whereas Dunkin’ ham disappoints, the sausage patties earn a “shantay, you stay.” Plant-based Beyond Sausage, though? Most of the time, I’d rather tuck into something meatier.

Roughly the same as the above, but we’ve traded the Beyond for a bird. 7/10 would gobble. 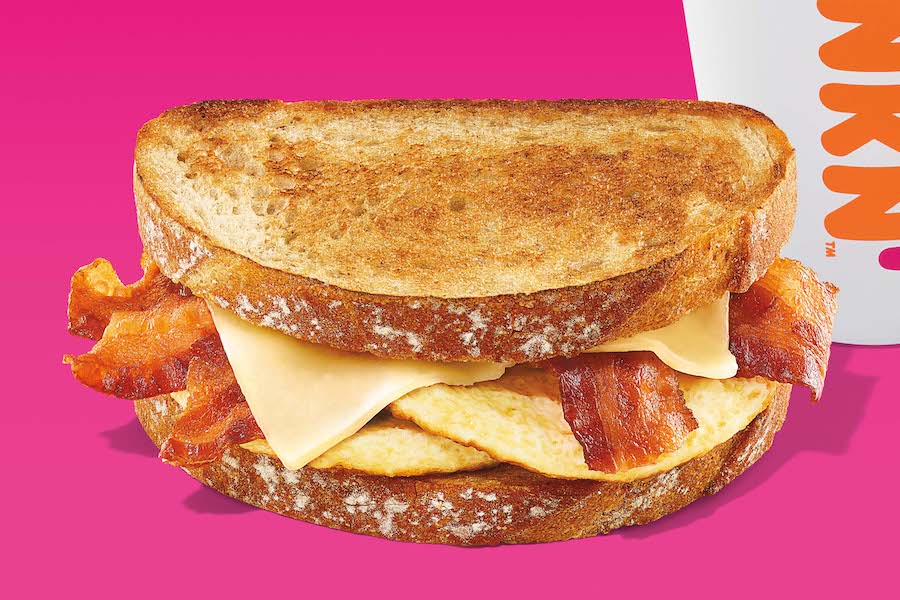 Another melty sammie, this one puts two egg patties, five strips of bacon, and white cheddar between sourdough toast. It’s like a breakfast-sandwich greatest hits compilation. The Immaculate Collection? Not exactly. But a solid Best of Rita Ora.

Not only is that piquant sausage patty back, but now it’s inside a flaky croissant. Emily in Paris is shook. Get into it. (Also, plan to get crumbs on your shirt.) 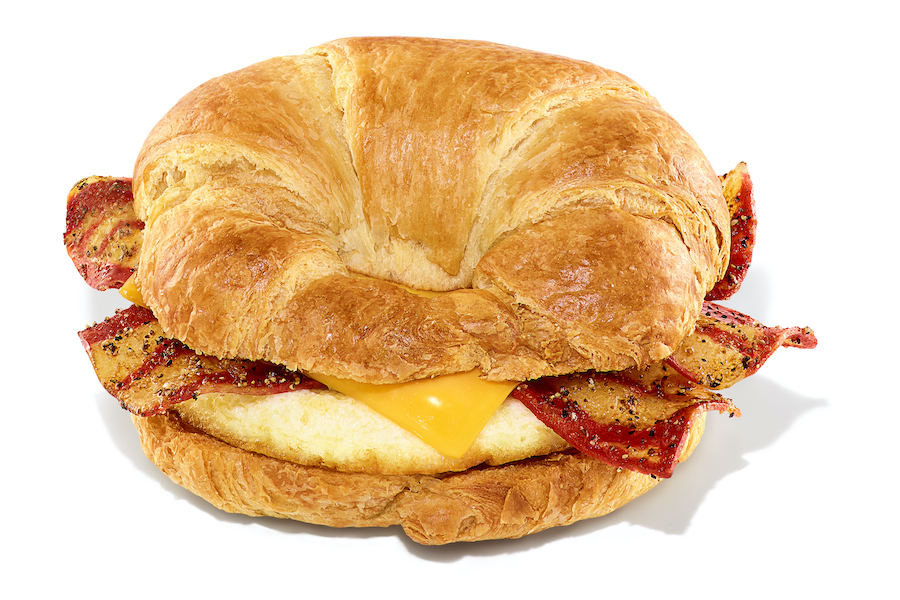 Hold up, hey: When did Dunkin’ start offering sweet-savory, seasoned bacon? (About five years ago, according to Google. Well!) Whatever the case, it makes all the difference in crowning this sandwich the supreme.