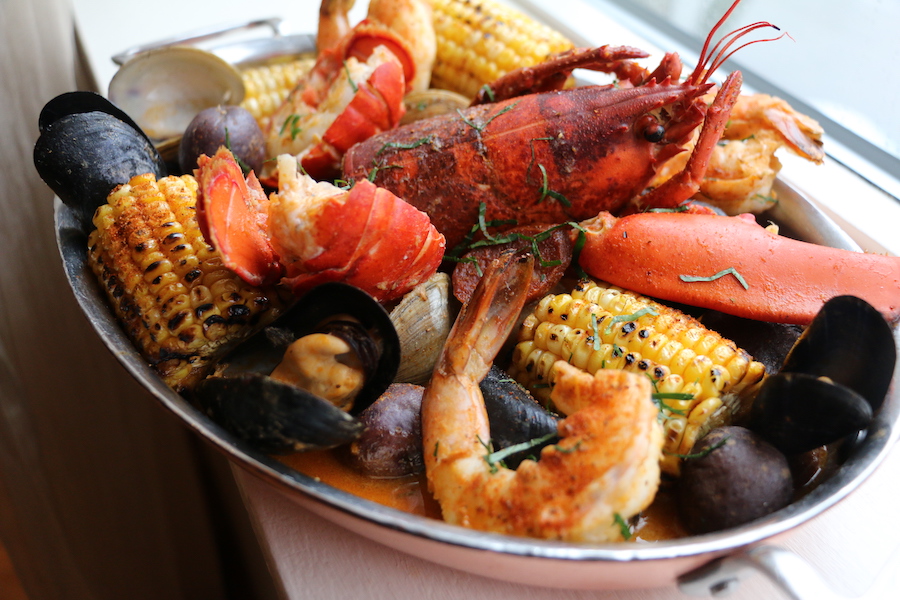 A lobster boil will be among the New England-inspired offerings at Grand Banks Fish House. / Photo courtesy

We’re still ticking through a slew of exciting spring restaurant openings—but summer is already looking bright, thanks to news today of a big-deal addition coming to Boston’s Back Bay.

It’s the latest venture from Himmel Hospitality Group, which operates three of the most established finer-dining restaurants around town: Grill 23, the Public Garden-side French favorite Bistro du Midi, and Harvard Square’s knife-sharp spot for seasonal New American, Harvest. The latest entry in the portfolio, Grand Banks, will move in to the space at 406 Stuart Street that was previously occupied by Himmel’s farm-to-table tavern, Post 390, which closed in September.

Besides the luster of its local pedigree, Grand Banks will also have quite a seafood connoisseur in its kitchen: chef-partner Robert Sisca, currently helming Bistro du Midi. Sisca grew up fishing with his father, and he says that he and restaurateur Chris Himmel have spent a lot of time casting lines together— from chasing Atlantic bluefin tuna to trout-fishing in Idaho to exploring the storied, fish-rich waters of the Grand Banks of Newfoundland, which give the restaurant its name.

The restaurant’s still-developing menu, meanwhile, will cover plenty of New England-inspired seafood territory, from classics like lobster boils and baked stuffed lobster (plus the prerequisite creamy clam chowder) to more sophisticated plates invoking everything from razor clams and uni to Dover Sole.

Inside, expect to find a first-floor space dominated by a working raw bar with a dozen seats for front-row views of the shucking action, plus a 26-seat cocktail bar and smattering of high-top tables. Upstairs, the main dining room—oriented around a large horseshoe-shaped bar—will boast an open kitchen, two fireplaces, and floor-to-ceiling windows.

“It’s a project we’ve been working on for close to five years,” says Sisca. Although the team initially considered bringing a seafood restaurant to the Seaport, Sisca says that the COVID-time closing of Post 390 presented an opportunity for Grand Banks to breathe new life into that space.

How will Grand Banks stand out in a city with so many seafood options? “We’re not going to go too crazy—we’re going to keep it simple and clean, and really let the product shine,” says Sisca, who plans to leverage the relationships he’s built with Snappy Lobster, Wulf’s Fish, and other local purveyors over the years. Earlier in his career, Sisca was sous chef under Éric Ripert at his legendary NYC seafood restaurant Le Bernardin, which is widely regarded as one of the world’s best restaurants. Closer to home, Sisca was the opening chef for Garde East, a swish waterfront seafood destination in Martha’s Vineyard.

As for Grand Banks? Eager guests can chart its course to a July opening at grandbanksboston.com.