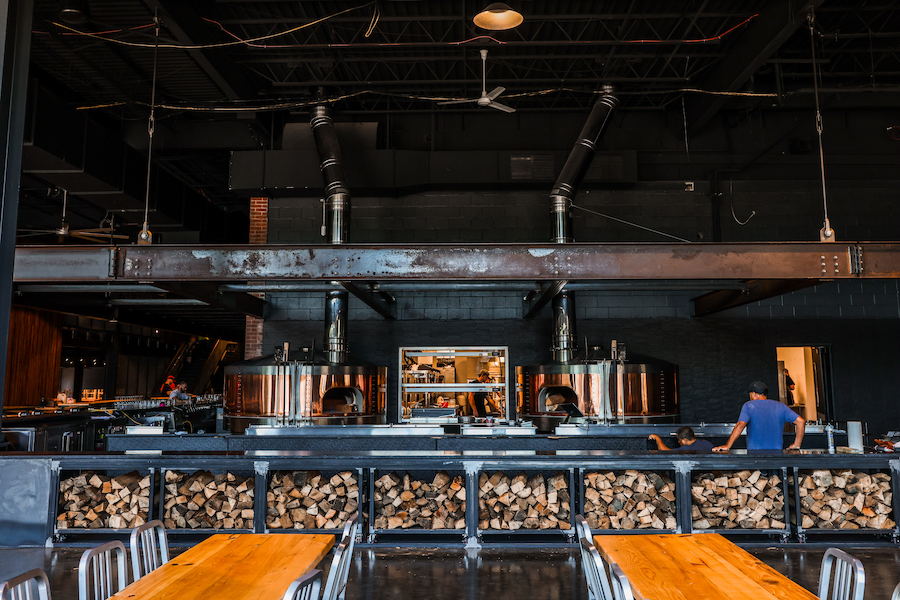 The sprawling green lawn and lush new landscaping says it all: one of the Boston area’s most decorated breweries is growing yet again.

Dubbed Trillium Canton, the brand’s latest taproom and restaurant reflects more than a simple change of address. It’s a “forever home” that will also introduce Trillium’s first distillery, as well as a restaurant overseen by executive chef Tyler Kinnett, formerly of Harvard Square’s Harvest and other fine-dining restaurants. Besides barbecue and other smoked and flame-kissed fare, Kinnett will showcase a new-to-Trillium bakery program, which is going to focus first on crafting pizza dough for firing in two copper-clad ovens. 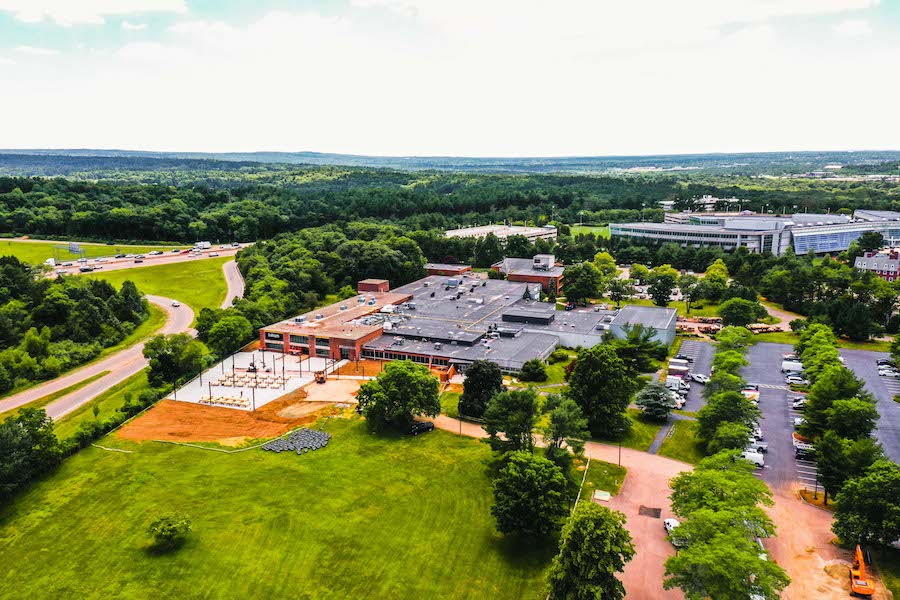 Add to this plenty of indoor and outdoor space—perfect for lounging with off-menu draft beers from the site’s unique Secret Taps program—and Greater Boston has a new craft beer destination. Suffice to say, a lot has changed since the humbler early days of Trillium.

Visitors to Trillium Canton will find plenty of ways to enjoy the spot. You could grab a beer in the loungey taproom or at the restaurant’s main 39-seat bar, of course, but pandemic-inspired online ordering will remain in place, too; if you’re already comfy in one of the Adirondack chairs on the lawn overlooking the Blue Hills, simply order your next round from your phone and someone will deliver it to you. Over in the retail area, employees will be equipped with handheld payment devices to assist visitors who want to bring home cans, bottles, and merch. And to help with quick beer runs, there are 15 designated 15-minute pickup spots among Trillium Canton’s 400-plus parking spots. 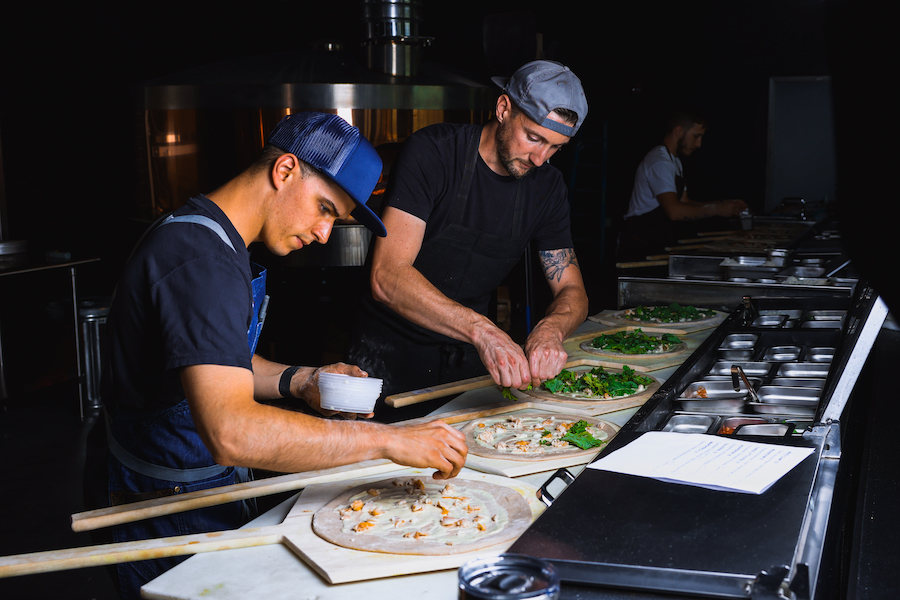 On the food front, Kinnett’s menu (provided at the bottom of this post) will be entirely distinct from the one offered at Trillium’s Fort Point restaurant and brewery. Besides those copper ovens inside, guests on the 7,500-square-foot patio will notice an offset smoker and the distinct aroma of barbecue ribs, brisket, chicken, sausage, pulled pork, and burnt ends. Full food service will be available Thursday through Sunday, with a limited menu of snacks Monday through Wednesday; the menu in Canton will grow as the kitchen team is able to staff up (which is a particular challenge for the restaurant industry right now). 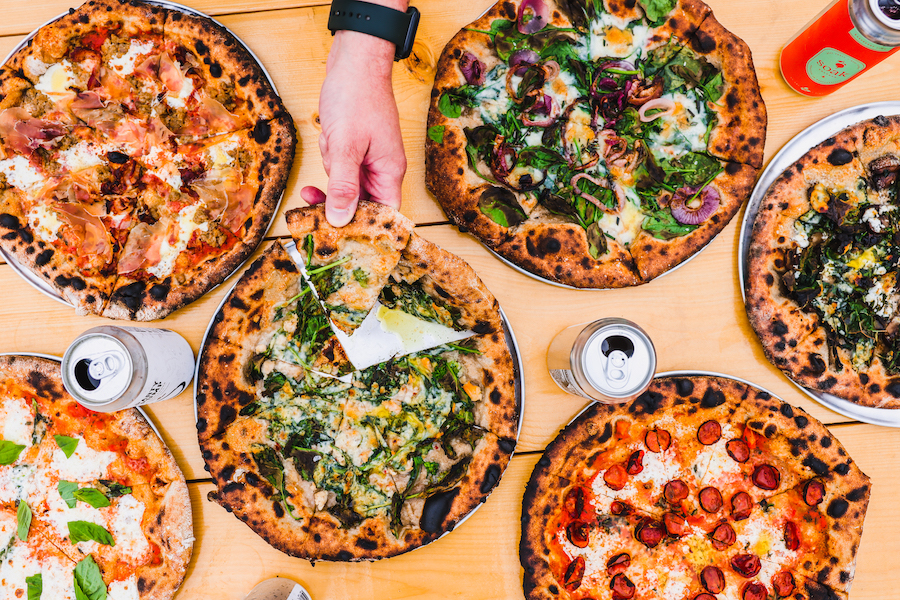 Vibe-wise, expect the brand’s industrial-meets-organic ethos to extend to the decor at Trillium Canton, where gray stone, wood, and steel is softened by lots of natural light, live plant walls and greenery. The taproom is outfitted with a dozen leather couches and long, heavy wood tables, which were hewn using beams removed from the Fort Point restaurant renovation. A 20-seat table made from trees felled from the Canton property is in the works for a semi-private dining area; the lumber is currently curing. 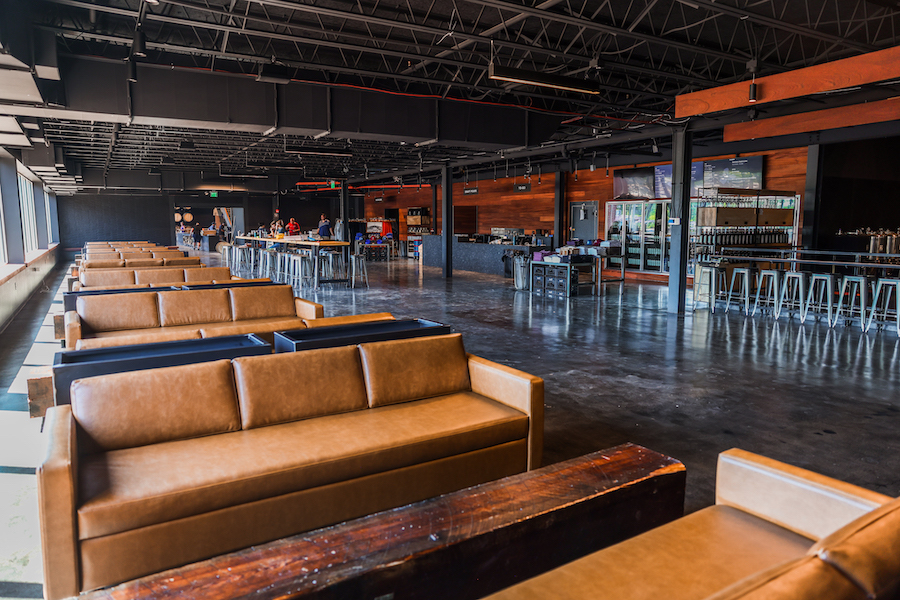 There are also plenty of important fixtures behind the scenes. For instance, anchoring the bakery area of Trillium’s massive commercial kitchen is a mill from Vermont’s New American Stone Mills. Later this year, look for beer and food specials to feature Danko Rye, a Polish variety prized by beverage makers for its flavor, made using grains Team Trillium has grown at its diversified farm and future brewery in Stonington, Conn. According to cofounder JC Tetreault, heirloom corn will also play a prominent role in tastes to come: besides being an integral ingredient for many of Trillium’s lagers, homegrown heirloom cornbread will eventually accompany the barbecue menu this summer. 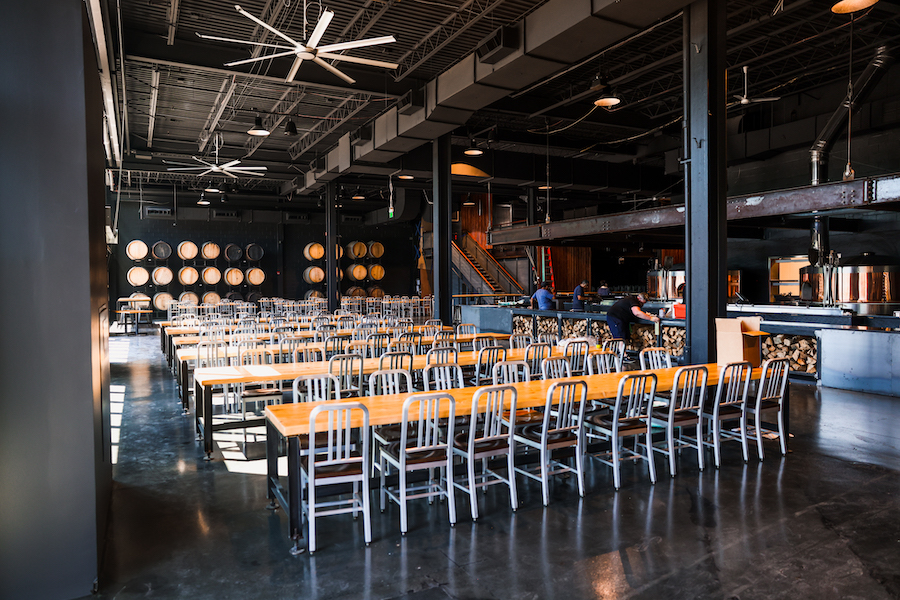 Since purchasing the farm in Connecticut, the Tetreaults and team have created a master agricultural plan to eventually grow a number of fruit trees and grains; raise chickens and other small animals; and plant biointensive raised beds, a system designed to yield a variety of organic produce in a relatively small area, while sustaining soil fertility year over year, JC explains.

“We’re realizing the idea of becoming a modern New England farmhouse brewery and kitchen, with a highly diversified agricultural program,” he says.

Some homegrown vegetables have already graced the menu at Trillium Fort Point for the past two seasons, and there’s more to come at both Trillium restaurants, JC says. In fact, an entire enclosed room at the Canton site will soon be lined with jars of Trillium fermentations that aren’t beer—think: pickles, mustard, kimchi.

Across from that fermentation room is a closed-off area that will house Trillium’s first distillery. With all that farm-fresh corn available, there are plans for whiskey, says vice president of operations Ryan Shocklee, as well as other spirits that require less aging time in the coming months and years. 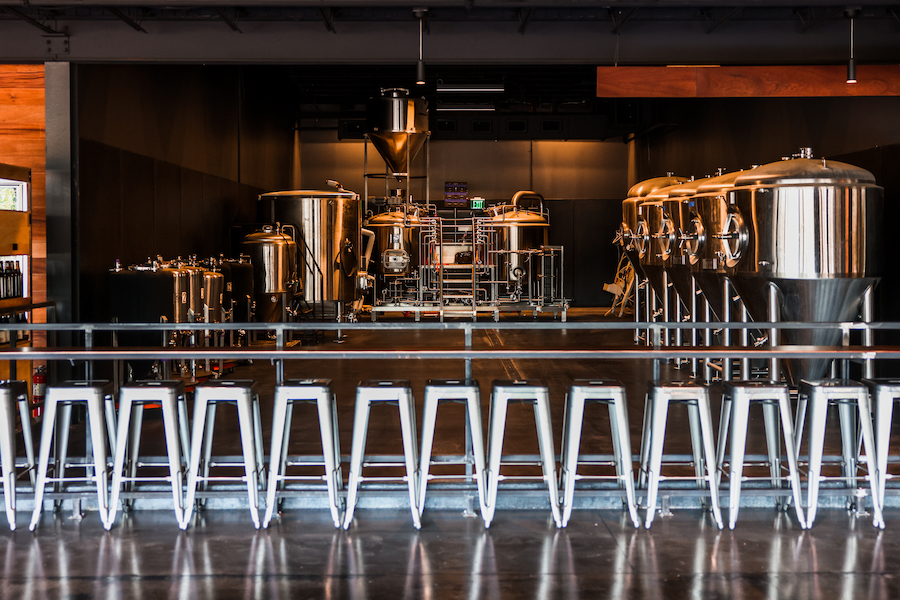 A 10-barrel pilot brewery can be glimpsed from a set of stools. / Photo courtesy of Trillium Brewing Company

As for the small, iron door behind the main bar? Those not in the know might mistake it for an industrial relic of the warehouse that now houses this cavernous bar and restaurant. In actuality, this is where you’ll find Trillium hiding its Secret Taps: super-small batches of infused brews, such as a hot pepper stout or a high-acid fruit sour, which are being produced at a 10-barrel pilot brewery, overlooked by a line of stools, within the larger Canton facility.

Now that you’re ready to head over, take note: Trillium Canton is located just off I-93 and Route 138 and there’s parking aplenty, but it’s also just a bus ride away from Mattapan or the Canton Commuter Rail station. The company has voiced its support to local leaders for a Neponset Valley TMA shuttle to the Royall area to accommodate “both team members and customers alike,” JC says. And once you get there, plan to stay a while. After all, Trillium Canton is situated not far from the foothills of the Blue Hills Reservation, with views worthy of some of Greater Boston’s best hiking trails.

Trillium Canton will open daily at noon, starting tomorrow, with some fun specials planned for the holiday weekend.