Our "apple-a-day" itinerary, from apple babka on Monday to cider cake on Sunday, with boozy milkshakes in between. 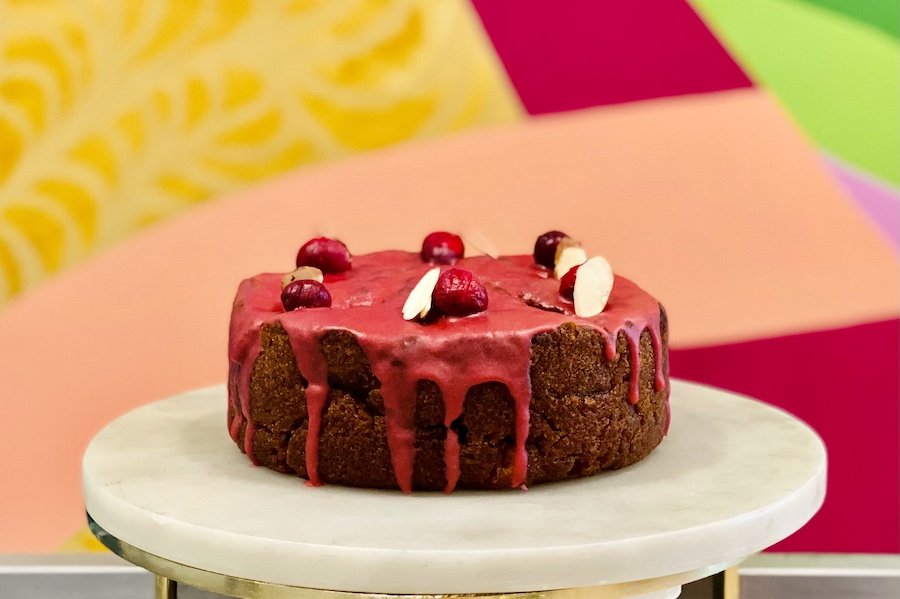 Here in New England, apple season is upon us. Orchards are being picked, cider doughnuts are being gobbled, and local chefs, bakers, and beverage makers are generally making hay. How to keep up with that “apple a day” advice in times like these? Turn to our weeklong itinerary for eating and drinking your fill of the fruit. It’s not guaranteed to keep the doctor away, but you will be diagnosed as being full of fall spirit. Team autumn!

Monday means new beginnings, so what better way to start the week than by discovering an exciting new opening? It comes in the form of Bakey (no, that’s not misspelled), the first Boston cafe and bakery (with an r) from renowned baker (again, an r) Uri Scheft, the man behind Bread Bakery in NYC as well as the Israeli chain Lehamim Bakery. Rather than stock its glass cases only in the morning, Scheft keeps Bakey’s open concept kitchen in constant production throughout the day, guaranteeing you’ll get the max freshness out of his signature babka in varieties like chocolate, almond, and yes, apple, the perfect entry point to the week, the fall season, and a favorite new bake shop. 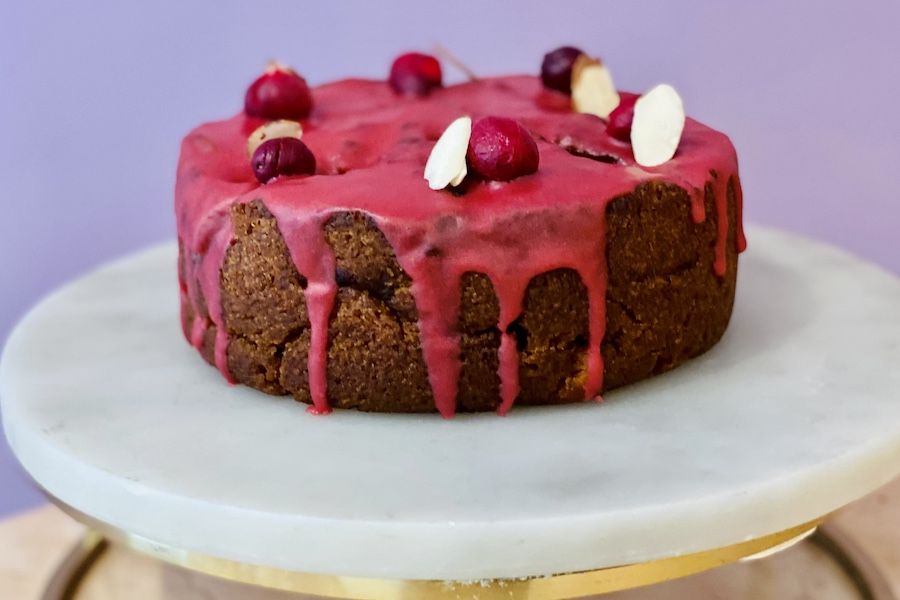 Ah, Tuesday. As days go, it’s so bland—so uninspired! Has no feel. Spice it up with a slice of apple spice crumb cake from Southie’s standout vegetarian joint. Made with organic Fuji apples and laden with warm cinnamon, nutmeg, and ginger, the cake is given a cranberry glaze, then topped with almond streusel. It’s a little lighter and a lot more wholesome-tasting than anything out of an Entenmann’s box. Plus, if you pair it with one of Lulu’s bottled cold-pressed juices, like the energizing Hustler made from Granny Smith apples and pineapple—ta-da! It’s totally a health snack. 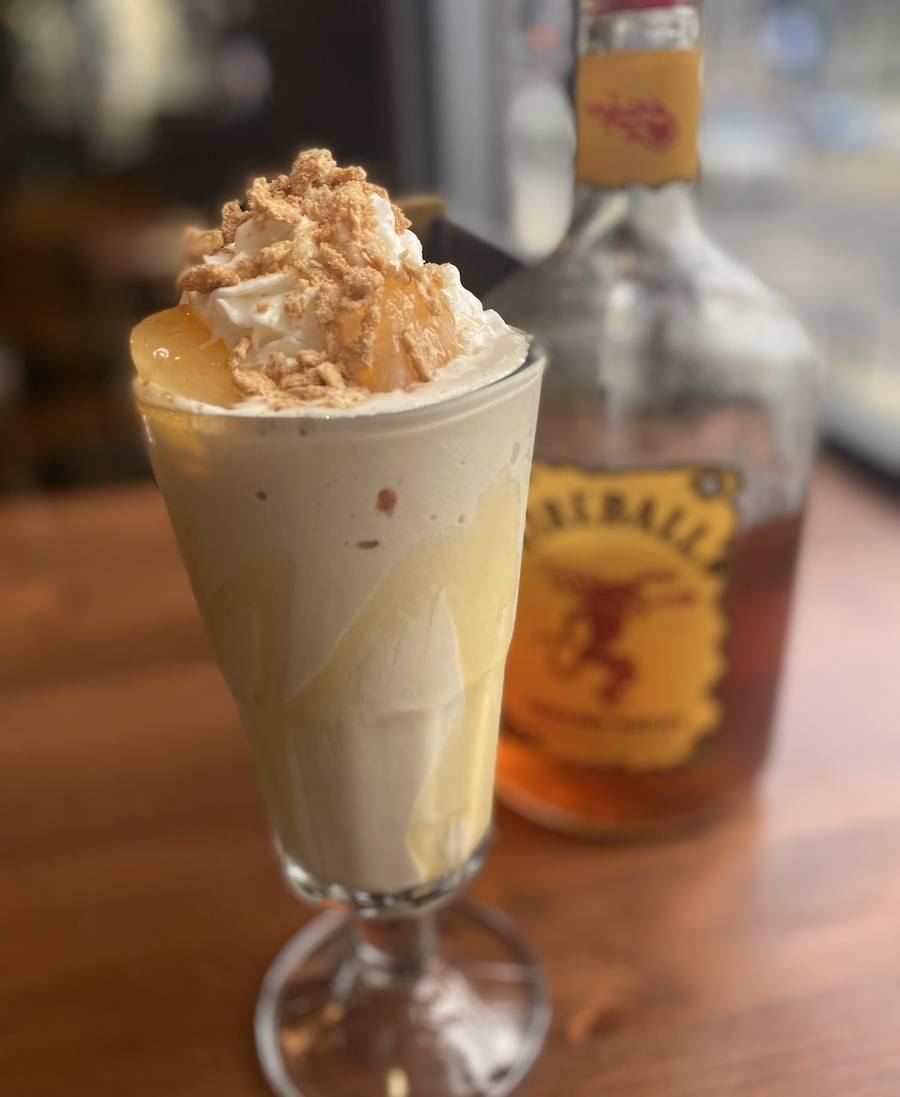 First of all—woo! That’s a mouthful of a menu name, right? Indeed, but that’s apropos given the degree of jaw-unhinging that shall be necessary to suck down this super-indulgent, seasonal offering on A&B’s boozy-milkshakes menu. What’s in the glass: vanilla ice cream blended with cinnamon apple sauce, cinnamon whisky, and caramel sauce, topped with spiced whipped cream and crushed cinnamon cereal. It’s extra, but you’ll want that to get you over the midweek hump. 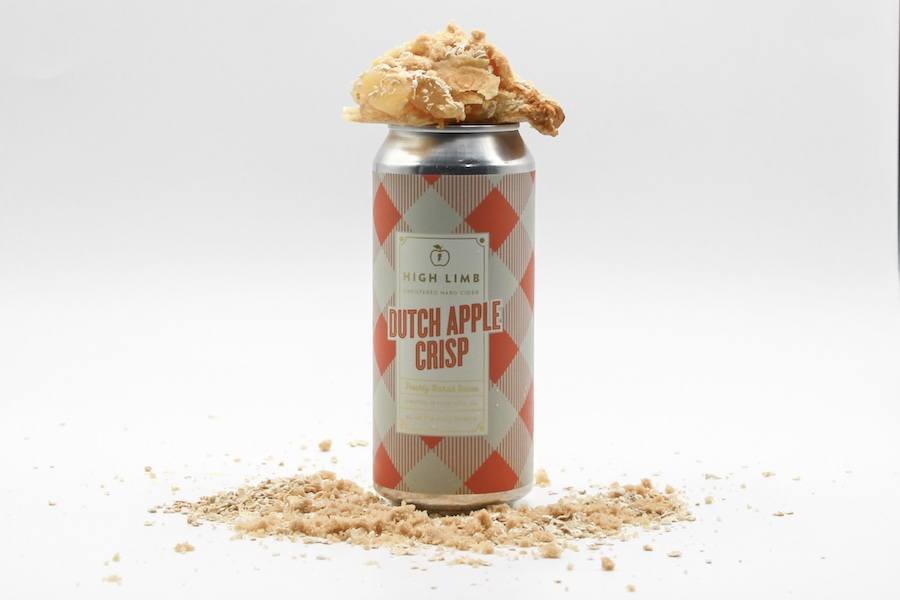 No one more than a few years out of college should continue using the phrase “Thirsty Thursday” without a wink. On that note—Hey, Boston, it’s Thirsty Thursday! 😉 And we’re (un-ironically) excited that Plymouth-based High Limb Cider has rolled out this seasonal selection, part of its dessert-inspired Freshly Baked series of ciders. Unlike some of High Limb’s other apple-based beverages, this cider has a slight creaminess, suggestive of a melted scoop of vanilla ice cream atop an oatmeal-y, brown-sugary apple crisp. You can find it at local liquor stores or at High Limb’s Plymouth taproom. It’s already open within the Plymouth GPub, a multifaceted dining and entertainment venue slated to roll out the rest of its components, including a speakeasy lounge, gaming area, and (obviously) gastropub in October. 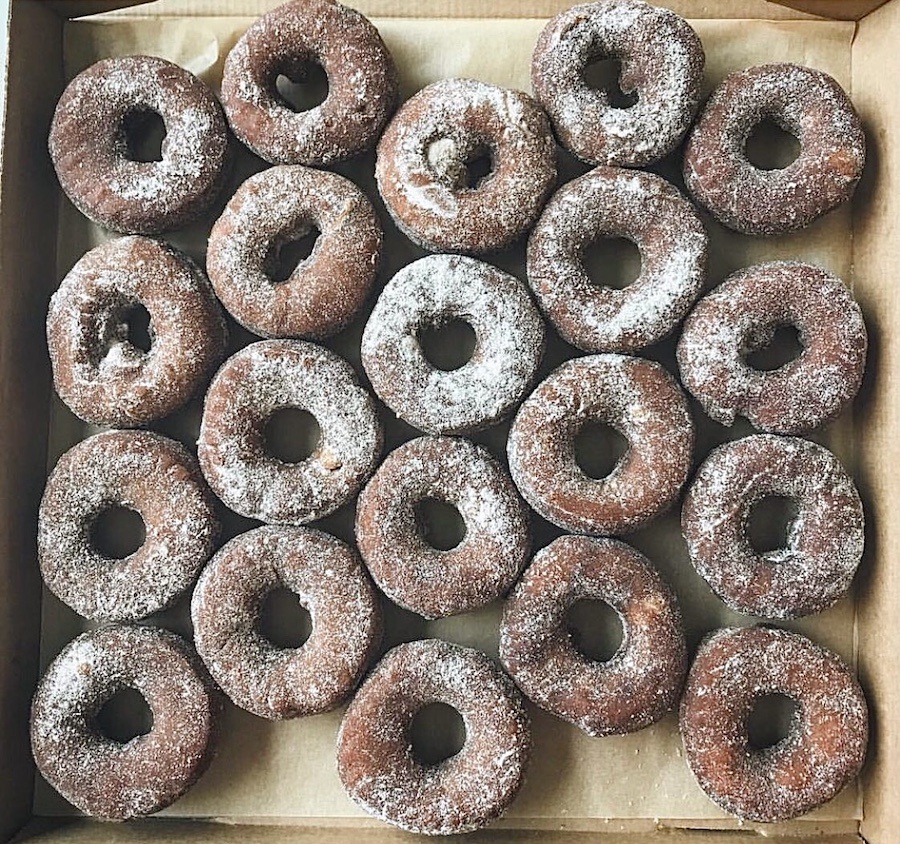 It’s Friday! The weekend is ahead, the possibilities are endless. Head, then, to this Best of Boston-winning doughnut shop, to find all the apple-made permutations you may require. You want a classic cider-cake doughnut? They’ve got it, made with fruit from Carlson Orchards in Harvard, Mass. and tossed in homemade cinnamon clove sugar. Craving apple crisp a la mode? That comes in doughnut form, too: a brioche ring filled with apple crisp filling, dipped in a vanilla ice cream custard glaze, and topped with crumbles of oat streusel. Apple fritters? They’re here. You know what else is here? Friday. Life is good.

Now that you’ve got a full weekend day ahead (hopefully), call up your kumpels and get a crew together to celebrate Oktoberfest at Bronwyn. Chef Tim Wiechmann’s biergarten-equipped German restaurant in Union Square is running a special menu—and hosting some Oktoberfest-inspired festivities—through October 30. The three-course lineup includes options like weisswurst, spätzle, and most importantly for our purposes, apfelkuchen, a traditional German apple cake with creme anglaise and whipped cream. Raise a spoon, and a stein. 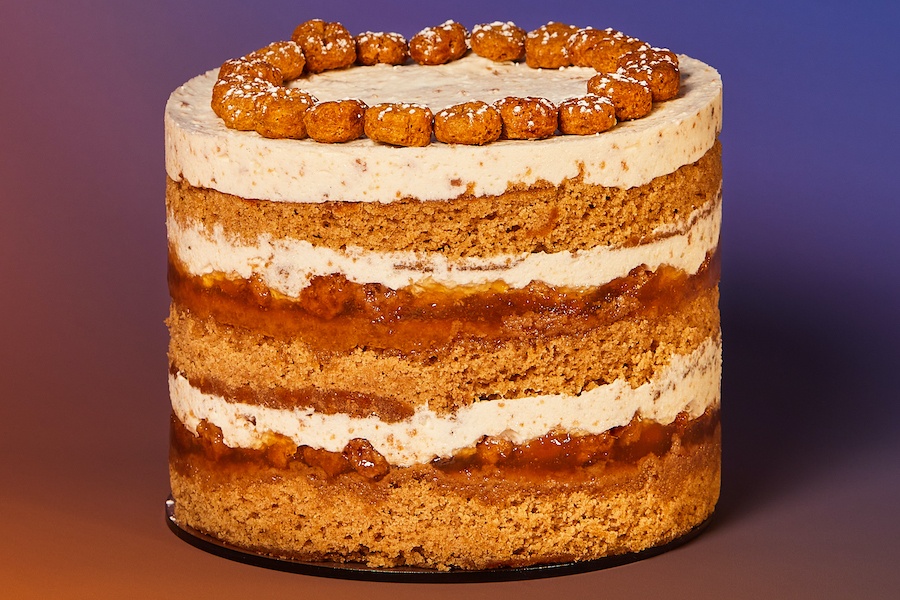 The laziest day of the week is prime time for inviting over family or friends to share a cake you didn’t bake. Nay, that privilege was left to the experts at Milk Bar, celeb baker Christina Tosi’s rightfully hyped, NYC-born outfit with a location in Harvard Square. And the cake in question? This season, that would be the apple cider cake, layers of doughnut cake, creamy frosting, a mulled cider-flavored jam, topped with caramelized doughnut crumbs. It’s sold in six- and 10-inch sizes. All you need to supply is the napkins.