First Look: Island Creek Oysters Is Back with a New South Shore Restaurant 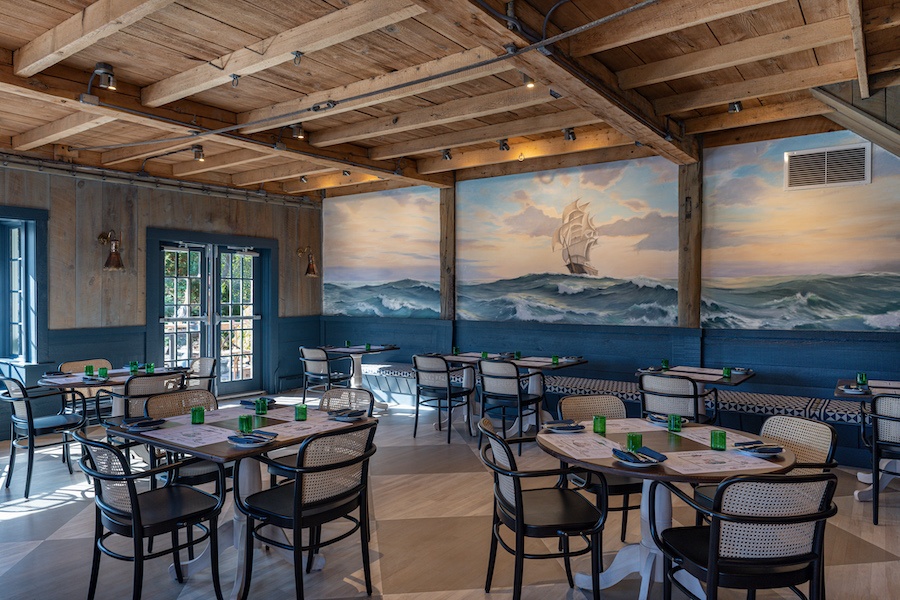 Every town has a place like it: a place where locals reunite the night before Thanksgiving. In Duxbury, that place has long been the Winsor House, a historical restaurant (and one-time inn) inside a Federal-style home built for wealthy merchants in 1803. After a months-long shuttering for major renovations, the place will reopen in time for that annual tradition again this year—but when it does, it will look a little different.

Under the new ownership of Duxbury’s world-renowned Island Creek Oysters, the tavern’s classic cozy fireplaces will be joined by a lively new raw bar, robust offerings of rum-focused cocktails, and fun but finessed global seafood. While the casual restaurant will still be a perfect place for high school reunions, it will also be a dining destination for anyone eager to see the highly anticipated next act from a hometown team that helped develop some of Boston’s most successful seafood restaurants.

Located just across the street from the oyster farm where Island Creek grows its bivalves, now supplied to many of the best restaurants in Boston and around the country, the Winsor House at Island Creek Oyster Farm is reflective of “who we are, where we came from, and how we see the future,” says Duxbury native and Island Creek Oysters founder Skip Bennett. He’s now the seventh owner of the Winsor House, which has operated as a restaurant since the early 1930s. 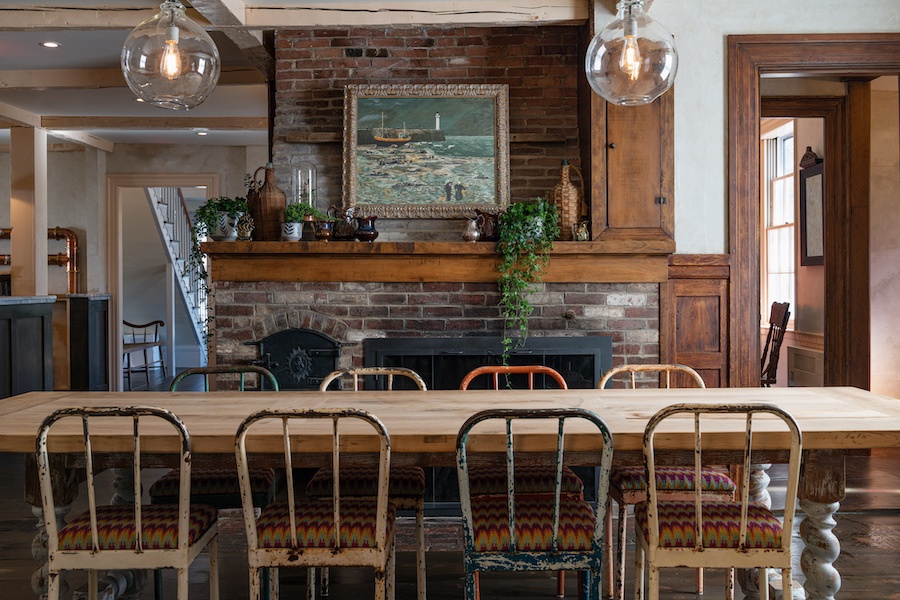 Bennett spent 10 years in partnership with local restaurateurs Garrett Harker, Shore Gregory, and chef Jeremy Sewall. Together they helped turn Island Creek Oyster Bar into a landmark Boston restaurant and key force in the revitalization of Kenmore Square, and launched the similarly successful Fort Point restaurant Row 34. Earlier this year, around the same time Island Creek Oyster Bar permanently closed, a casualty of a pandemic-time impasse with its landlord, the partners went their separate ways.

“We all wanted to grow, and that growth led us in different directions,” Bennett says. “For me, I just want to be here in Duxbury, letting the brand do its thing.” 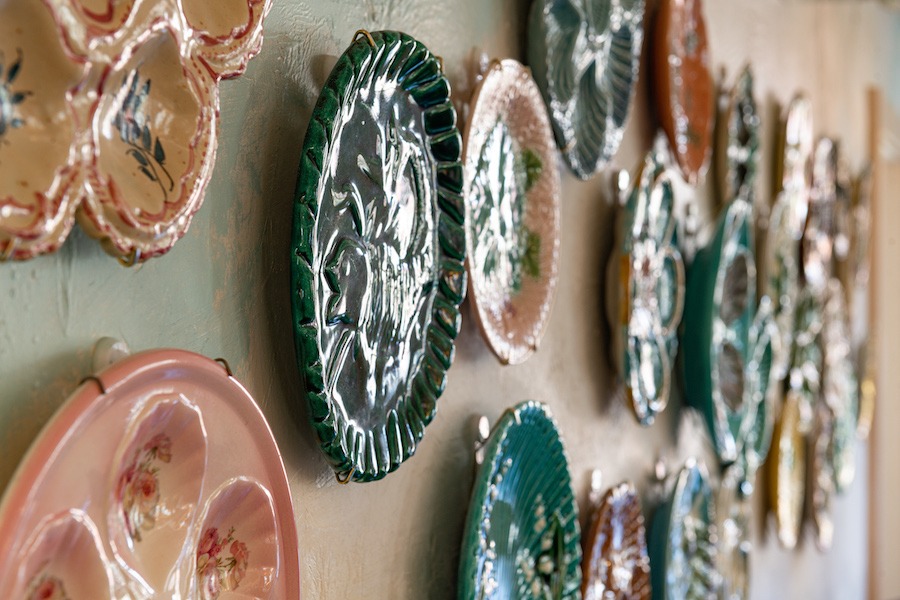 Naturally, that means the Winsor House’s menu is filled with farm-fresh Island Creek shellfish, including new offerings, like surf clams and bay scallops, that will only be available here. Heading up the kitchen is Jeff Whitmore, former chef at the Hourly Oyster Bar in Cambridge and Straight Wharf Restaurant on Nantucket, among others. 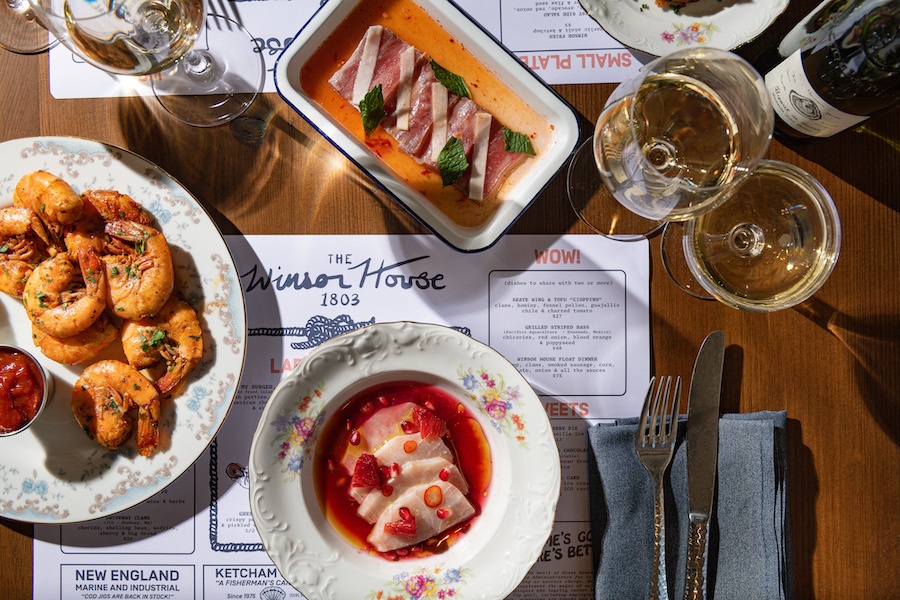 Beyond raw shellfish and crudo, the dishes will include “dressed-up” takes on homey seafood, Bennett says. Expect to find the so-called “bait toast” of mackerel, wild onion puree, and sesame on ciabatta; brown butter-poached halibut with grape, dandelion green, and a rustic pistachio sauce; and skate wing and tofu cioppino with clams, hominy, and guajillo chile. There’s a playful highbrow-lowbrow balance to the menu, Bennett says, with menu items ranging from a $9 smash burger to a $45 slice of olive oil cake, served with caviar-topped crème fraîche ice cream. “We kept going back to the idea that it had to be fun.” 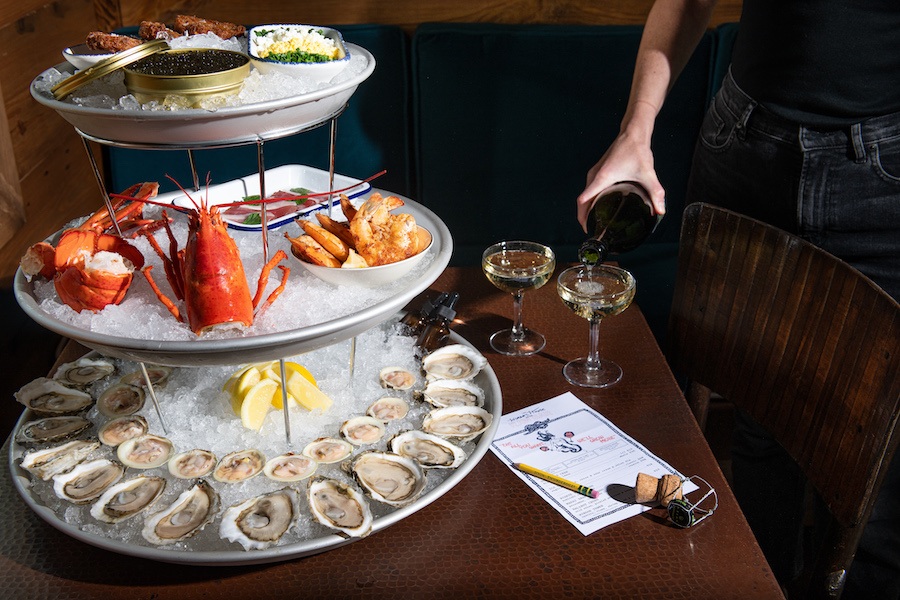 On the beverage side, meanwhile, the Winsor House will proffer a rum-focused program run by Dave Cagle, former owner of Cambridge industry haunt, the Automatic. This past summer, Cagle oversaw the drinks at Island Creek Farm’s seasonal outdoor Raw Bar; his wife, Jess Cagle, is the company’s director of hospitality.

Why rum? It would have been popular throughout the Winsor House’s history, considering the role it played in New England trading. (It’s also the beverage of choice for many of the oyster farmers, Bennett says.) As for the wine selection, Eastern Standard alum Josh Cole is choosing mainly natural bottles, with an eye toward high-salinity varieties that pair well with oysters. 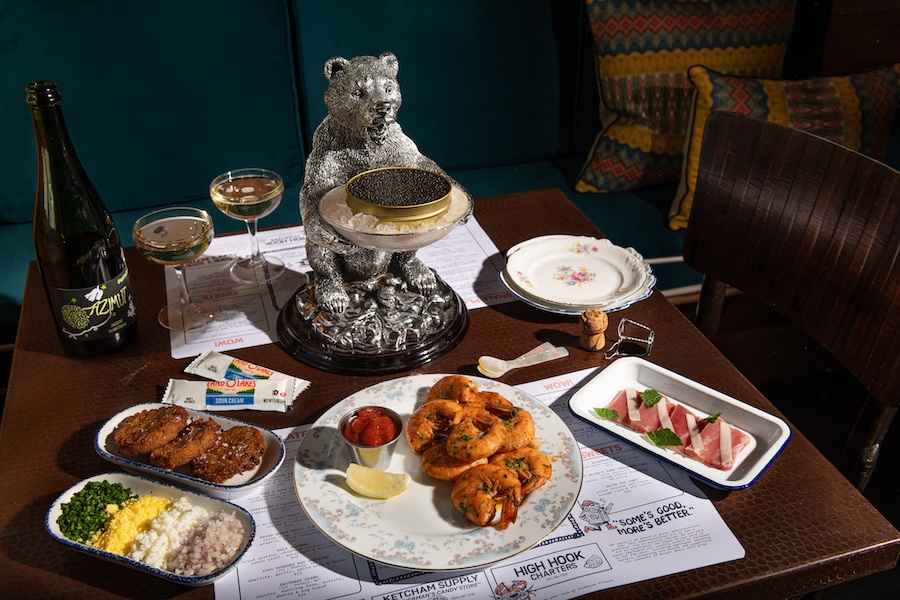 Then there are the interior renovations, which Bennett and CEO Chris Sherman say are intended to reflect Duxbury’s heritage as a seaside village. With its large, brick fireplace, the Winsor House’s wood-paneled tavern has always been the venue’s “beating heart,” says Sherman, a Duxbury native who hosted his own pre-wedding dinner at the Winsor House. The 24-seat tavern will continue to be the heart of the operation, housing a raw bar with a new counter and bar seating to watch the shucking in action.

The team maintained the Winsor’s “carriage house” as its main dining room, swapping out white tablecloths for a more contemporary look, centered on a new mural depicting one of the Winsor family’s ships at sea, painted by Scituate artist Michael Coyne.

The most significant change the Island Creek team made to the historic space is the addition of a new bar and lounge in the front of the building. Two small, private dining rooms were combined to add tables for 36 people, an 18-seat bar, and a 5-person drink rail. The area also boasts three fireplaces, including a double-sided hearth by a communal table.

“It’s a convivial space that we’re [thinking of as] the party spot in the restaurant,” Bennett says. 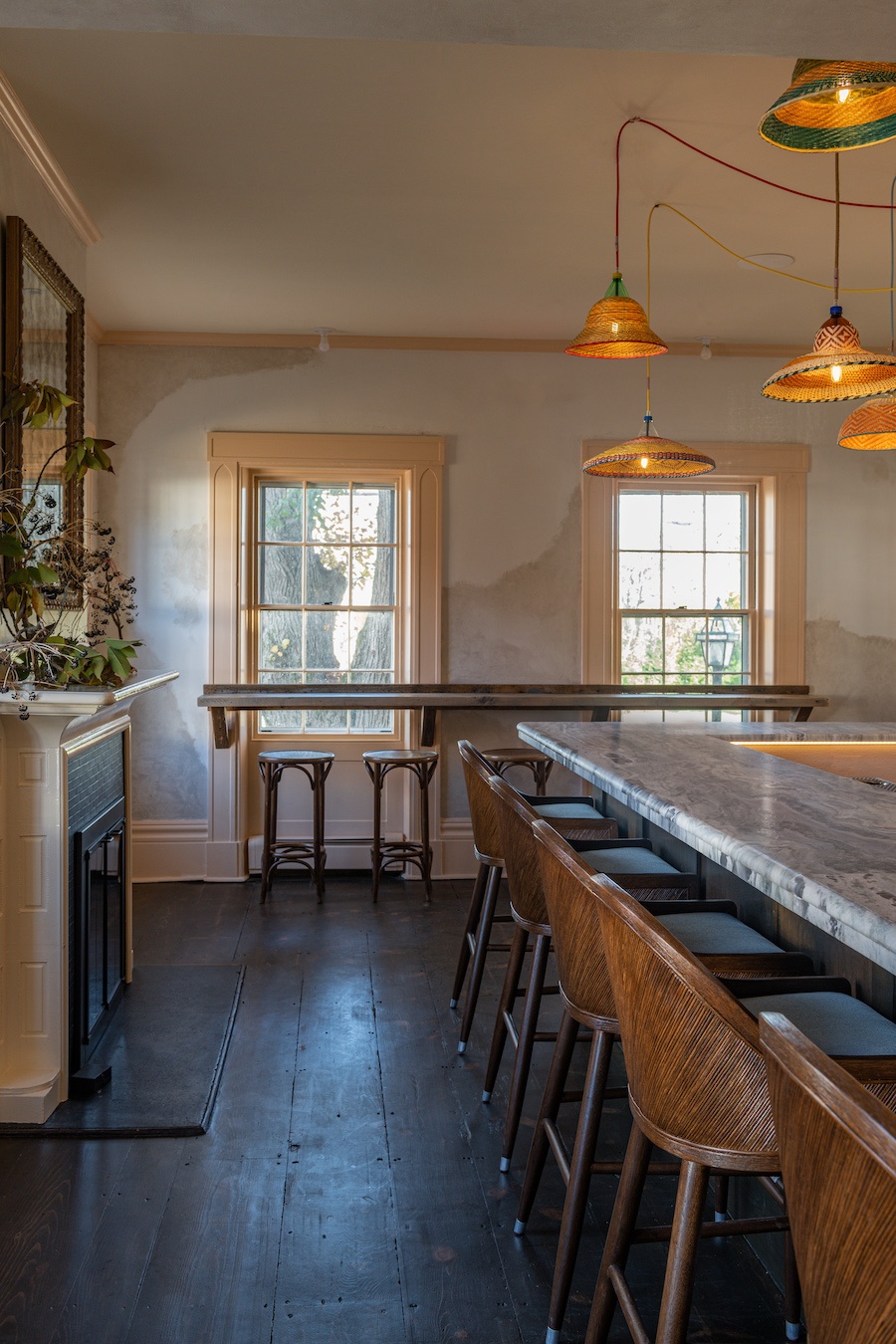 The Winsor House is the latest project for a company that continues to find new avenues of growth: Four years ago, Bennett expanded his farm across an 11-acre waterfront campus. In 2018, Island Creek debuted a seasonal, outdoor raw bar there, allowing oyster fans to slurp at the source for the first time. In addition, Island Creek continues to operate a raw bar and shellfish market in Portland, Maine.

And although he’s parted ways with his former restaurant partners, Bennett says his background in Boston was hugely informative in undertaking this latest Duxbury venture.

“I’m really proud of our past and what we did. We really learned a lot about running restaurants,” Bennett says. “I never would have had the nerve to buy the Winsor House and try to run it without having had the experiences.”