How Did Roast Beef Sandwiches Become a North Shore Icon?

The Bay State has a penchant for clinging to history, and we’ve never let go of this seminal sandwich. 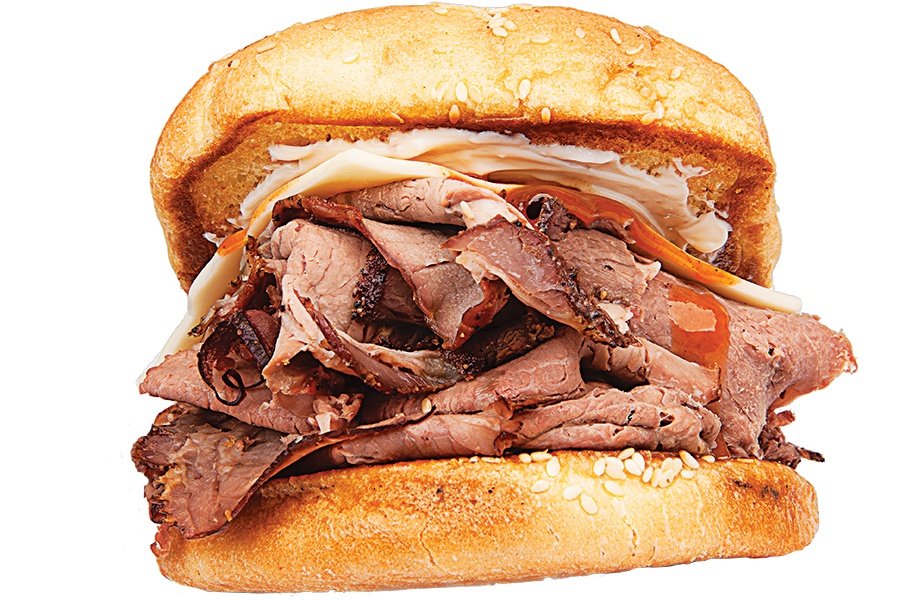 There are so many roast-beef places on the North Shore. How did this random sandwich end up becoming such a local icon? —D.W., Waltham

The best thing about this question, D.W., is that it gave me an excuse to visit the original Kelly’s Roast Beef, set just across the boulevard from the surf and sand of Revere Beach. There is where many believe our local love affair with the sliced, hot roast-beef sandwich first began. Naturally, I ordered the classic “three way,” topped with white American cheese, mayonnaise, and barbecue sauce—a concoction that may sound disgusting to the uninitiated. But for those of us in the know, it’s sweet ’n’ savory heaven in a bun.

My sandwich was merely one of the million that Kelly’s sells annually, a volume that was unthinkable 70 years ago when the first one was dished out at this inaugural location. Back in 1951, Frank McCarthy and Ray Carey opened a hot dog stand, naming it after Tom Kelly—a bartender friend from Dorchester. The guys also worked at a nearby restaurant and function hall, which was hosting a wedding that had just been canceled. Rather than waste the reception’s roast beef, McCarthy and Carey took it to their new place, sliced it up, and served it from the now-famous takeout window. Kelly’s still claims that they were the first to put hot roast beef between two slices of bread, and while some have debated this fact, the utter deliciousness of their sandwich launched a roast-beef mania that spread across the region and nationwide. Case in point: In 1964, one satisfied and inspired pair of Ohioan brothers went back home and founded a lil’ “We Have the Meats” chain called Arby’s.

The national urge for roast beef would eventually fade as the fast-food burger cemented its special-sauce grip on the American diet. Still, we here have a penchant for clinging to history, and we’ve never let go of this seminal sandwich. Kelly’s may be the most famous joint, but you can find others up and down the North Shore, from Mikey’s and Nick’s, both in Beverly, to Mino’s in Lynn to Beachmont Roast Beef down the road from Kelly’s, just to name a few. Of course, in typical Boston fashion, we’ve sniped at each other for decades over which is the best. All I know is that when I’m biting into a “three way” with a sea view and a light ocean breeze, picking a side feels like a beef I’ll leave to others.