Mark Wahlberg and Co. Are Being Sued for Trashing a Wahlburgers

The lawsuit alleges that the actor's team "maliciously" made the place "un-tenantable" for another Boston-rooted restaurant trying to expand to L.A. 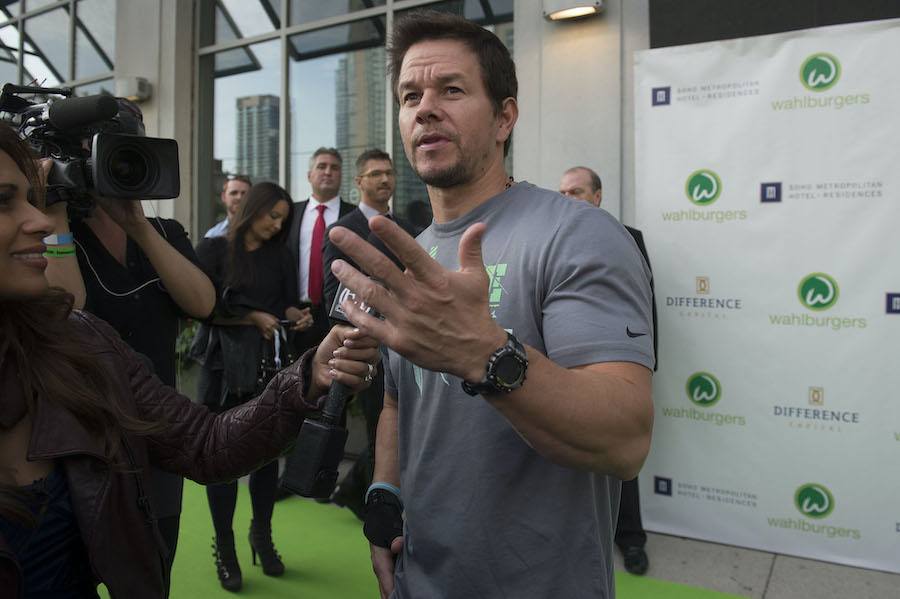 Boston-born movie stah Mark Wahlberg’s new action flick, Uncharted, is set to open next month, and in anticipation of his latest big-screen outing, this week the tabloids have spent much time drooling over the actor’s super-fit physique. This begs the question: How does Wahlberg stay so ripped? Is it Buns of Steel? 8 Minute Abs? Does he get those jacked arms by yanking industrial-grade kitchen equipment out of walls with his bare, Hulk-like hands?

Ah, yes—this week the tabloids have also taken note of a project Wahlberg would probably prefer stay under the radar: He and his team are being sued by a Los Angeles property management company for tearing apart the West Hollywood location of his Hingham, Mass.-born Wahlburgers restaurant chain, allegedly removing light fixtures, sinks, a walk-in cooler, and various other very heavy fixtures, and leaving the premises “un-tenantable” for the next, um, tenant.

But wait! There’s more. In a neat-coincidence plot twist straight out of a movie, the future tenant for this Sunset Boulevard address is Saltie Girl LA, which appears to be a West Coast location of yet another Hub-rooted restaurant, Back Bay’s Best of Boston-winning Saltie Girl.

Tearing up the place on a fellow hometown-er? Say it ain’t so, Marky Mark.

To be clear and fair, the lawsuit filed by Montgomery Management Company—which seeks damages of at least $350,000, per the copy we have procured through the California court system’s handy online database—does not claim that Wahlberg himself sauntered into the space, started wrenching freezer doors off their hinges, and beat his chest while bellowing, “Say hi to ya muthuh for me!” (Although that visual? Chef’s kiss.)

Montgomery is, though, suing Wahlberg personally, as well as Tinseltown Sunset LLC, his company that does business as Wahlburgers, plus a few other people who are not famous and were not snubbed by the Oscars for a legitimately bravura performance in 1997’s Paul Thomas Anderson-directed Boogie Nights. Really, guys, he was great.

Less great is the lawsuit’s allegation that:

Well! This is no way for the Wahlburgers team to treat another Boston restaurateur, and we’re pretty positive this Saltie is indeed the same crew responsible for Newbury Street’s superlative seafood spot. After all, Saltie Girl LA’s California LLC filing lists a Newbury Street mailing address as well as the same attorney who represents the Boston restaurant, so—yeah.

Naturally, Boston reached out to Wahlburgers, Montgomery Management Company, and Saltie Girl for comment on the suit, but has not received responses. That said, we’ll certainly update this space with any future developments on this torrid tale of Hollywood drama, restaurant headaches, real estate woes—everything but the kitchen sink. Literally.