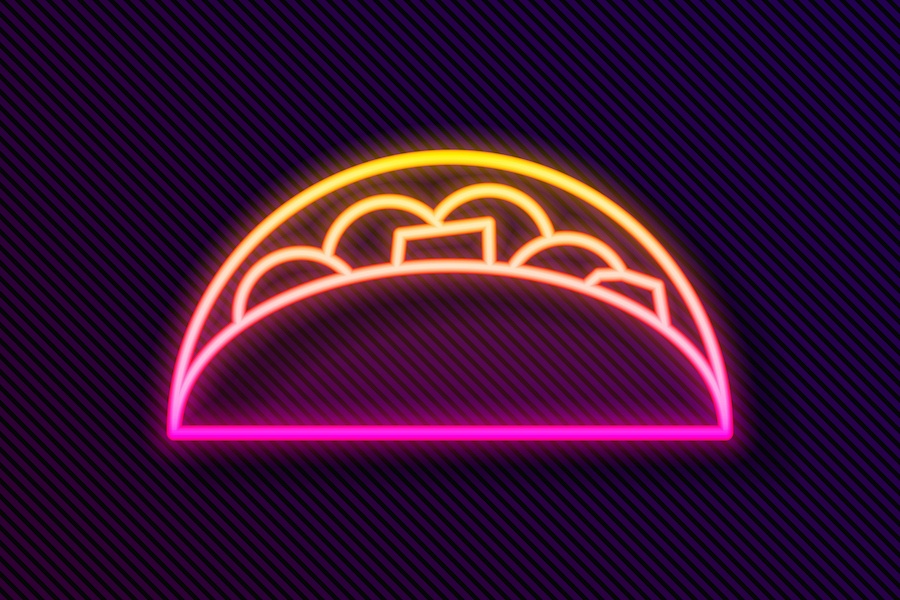 For what, you ask? For selling tacos for a buck-and-a-half, that’s what. It may be good for your wallet, but it’s been a bad influence when it comes to setting too-low expectations around price.

“Establishments like that have taught people for generations that tacos are worth a dollar,” says King, who says the people-pleasing popularity of Mexican food makes it an easy choice for corporate chains to exploit and sell en masse at rock-bottom prices.

That’s the exact opposite of the homemade approach she and her mother ply at Villa Mexico Cafe, a foodie-favorite destination in downtown Boston. There, they use fresh ingredients to craft authentic renditions of Mexican cuisine staples that are far, far more delicious than the kind of bastardized junk food served off kitchen assembly lines at an interstate drive-thru. (Sorry, “Doritos cheesy gordita” fans.) And even at $7.50 for a pair, Villa Mexico Cafe’s tacos are still less expensive—and more filling—than most lunch sandwiches sold at trendy cafes in the neighborhood.

Despite all that, King says she still hears complaints from customers who presume that tacos and other popular Mexican fare ought to always qualify as quote-unquote “cheap eats.” It’s a term that makes her cringe.

“Does our food deserve to be thought of as lesser, because we’re brown people?” King asks.

It’s a rhetorical question, but it digs at a real issue of cultural bias in terms of how customers appraise the cost of dining out. It’s one thing to complain generally about the price of food; it’s quite another, though, to apply different standards depending on where the food comes from or who is preparing it. And over the years, one thing I’ve heard repeatedly from Boston chefs and restaurateurs is that many guests seem to expect that certain cuisines—think Mexican, Chinese, and others associated with communities of color—should somehow come with a lower price tag, regardless of the cost of ingredients or caliber of cooking.

In other words, there are a lot of white people who feel entitled to cheap tacos, among other things. And that is extremely wrong.

While this isn’t an entirely new conversation, it’s one worth exploring anew as local restaurants attempt to bounce back from COVID-era woes that left them all struggling to stay afloat. Food costs, like everything else right now, keep climbing higher. For instance, King says, prices are up big time for the basic ingredients of guacamole: avocado, limes, tomatoes, and jalapeños. Even still, she says, “When I sell a side of my guacamole and chips, some customers tell me it’s too expensive compared to what Qdoba sells.” It’s doubtful these guests expect the nearest craft-burger joint to be competing with McDonald’s, and yet…

In sum, it’s a damn good time to check yourself when complaining about prices, especially if those grumbles are thoughtlessly targeting only certain kinds of cuisines.

Of course, it’s always been a good time to consider why you expect certain types of food to be cheaper. All the way back in 2016, for instance, the Atlantic explored the issue, with folks like Krishnendu Ray, NYU food studies professor and author of The Ethnic Restaurateur, weighing in on why customers might tolerate a higher price point for, say, steak frites (French) than carne asada (Mexican): “The shortest answer would be cultural prestige, some notion of an evaluation of another culture’s reputation.” Atlantic writer Joe Pinsker boiled it down even more in the piece, writing, “The more capital or military power a nation wields and the richer its emigrants are, the more likely its cuisine will command high menu prices.”

Consider the striking “social experiment” that Jack Bardy, a Boston restaurateur behind spots reflecting very different global cuisines, sees play out between his two South End spots: Cósmica, a Mexican restaurant, and the Beehive, a more eclectic one. The establishments are mere steps from each other. They have the same executive chef. They even use many of the same ingredients: the Maine-raised prime sirloin used for tacos at Cósmica, for instance, winds up prepared in any number of ways for the genre-jumping plates at the Beehive.

And yet, despite sharing the same product and kitchen talent, Cósmica is the restaurant that receives significantly more complaints about price, according to Bardy. “There’s a certain clientele that expects, because it is Mexican cuisine, it should be less expensive,” he says. “With any restaurant, all the costs are the same: rent, product, employee wages. Because it’s ethnic cuisine doesn’t mean it is, could be, or should be cheaper.” It reminds him of similar feedback he heard at his former Vietnamese restaurant in the South End, Pho Republique.

Over in Cambridge, meanwhile, chef Jason Doo is dealing with something similar at his brand-new Chinese restaurant and tiki bar, Wusong Road. It’s not an expensive place. “Most of our guests spend less than $30 per night for a cocktail bar in Harvard Square, which is pretty crazy,” says Doo, who opened the cool two-floor spot, which is elaborately designed with nods to Asian temples, in December.

Why? Well, for starters, Doo makes everything by hand, uses great ingredients, and—although he’s focused here on casual fare—brings to the table a finesse honed from work at fine dining establishments, such as Barbara Lynch’s Menton. Oh, and he’s also invested his life savings in launching his own restaurant in a famously expensive neighborhood. He certainly doesn’t deserve to go broke feeding people who won’t pay more for Chinese food than whatever they were used to spending at a suburban shopping-mall food court.

Which brings us to the final point: “At the end of the day, you get what you pay for,” says Allan Rodriguez, the chef-owner behind La Neta, a fast-casual Mexican restaurant on Newbury Street (where he’ll also open a neighboring Mexican tapas concept this summer), as well as the full-service El Centro restaurants in the South End and Dedham. His tacos use steak that costs $14 per pound, his margaritas are made with top-shelf tequila, and everything is prepared in-house. “Every day I pay someone just to make tortillas for an entire shift,” Rodriguez says. This isn’t fast food, so it’s not priced like fast food.

And to anyone who thinks it ought to be, Rodriguez has a request: Stop in for a taste, he says. “Let me change your mind.”