Named for the "badass witch" of Greek mythology, the Back Bay sanctum is ready to raise some spirits. 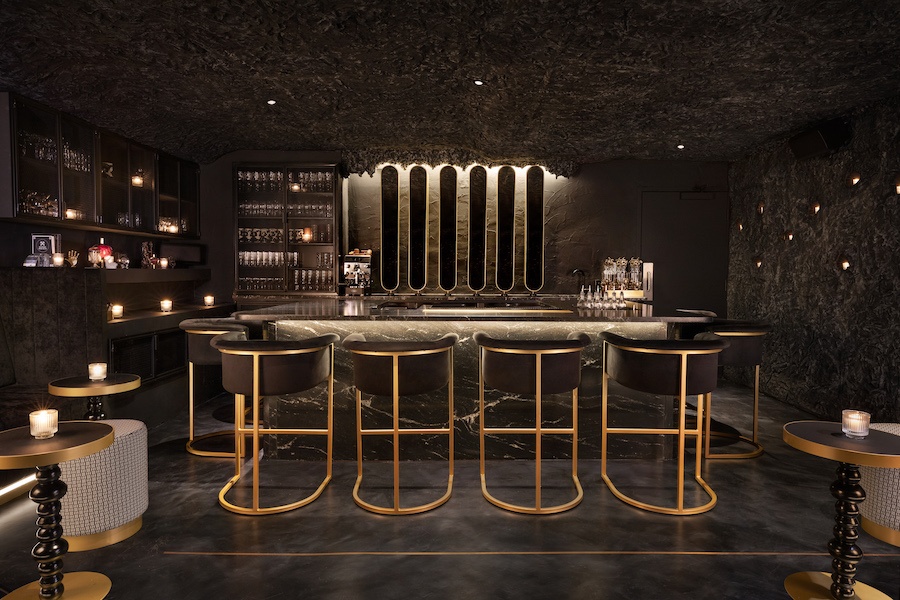 Well, that’s what you’ll be calling your bartender if you find yourself transported to Hecate, a highly anticipated, high-concept cocktail bar that will finally invite imbibers into its otherworldly-feeling realm beginning on Thursday, April 7.

The Back Bay place is named for the “badass witch” of Greek mythology, explains co-owner Demetri Tsolakis, the restaurateur behind Hellenic hotspot Krasi upstairs, as well as Boston’s fast-casual Greco chain. His latest venture couldn’t be more different from those bright and bustling dining rooms: With an ancient goddess of magic as its muse, Hecate is dark, intimate, and filled with flourishes inspired by pan-mysticism, including elaborate potions poured by the necromancers at its bar.

“The vibe is mysterious and sexy,” says Tsolakis, who coined “spirit guides” to describe his talented team.

Spirit/booze wordplay aside, Hecate certainly looks and sounds like one of the most unusually enchanting bars to open in Boston in quite some time. 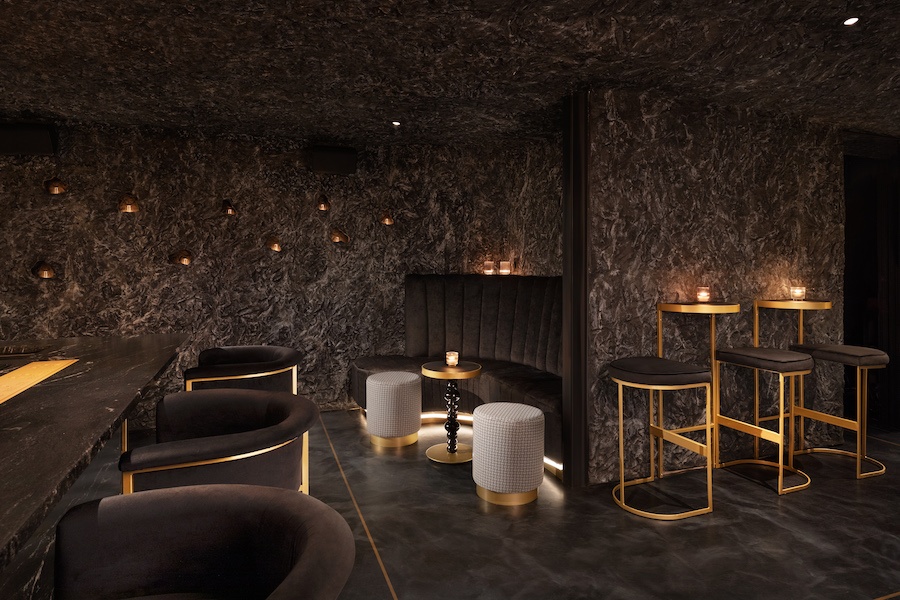 For starters, it’s a subterranean sanctum located directly underneath Krasi, which has its own bar-related bragging rights: one of the largest all-Greek wine lists in the country. This new, cocktail-focused refuge, though, is accessed through a discreet alley door. From there, you’ll descend a flight of steps to a small antechamber, dubbed the Threshold, to await final entrance if Hecate is full. (The place has only 24 seats, and standing room is not an option; you’re here to settle in.) Already thirsty? Before you pass through the Threshold, you’ll have the option to whet your whistle with one of three “sipper”-sized drinks ordered from a list that is printed on the side of a flickering candle.

Oh, man. This is getting good.

Once inside Hecate, you’ll find yourself in a moody, cave-like dwelling with black rock walls, sumptuous black furnishings with accents of gold, and an eight-seat, black marble bar that serves as a kind of cocktail altar. In fact, the bar is illuminated by the only traditional electric light in the place—the rest of Hecate glows with candles sitting on tabletops or tucked into craggy recesses. (Think: soft moonlight against a sky of stars.)

One thing you won’t see here is liquor bottles. They’re all hidden behind mirrors to maintain a certain mystique and keep the focus on the barten—sorry, spirit guides—plying their art in the solitary spotlight of the bar-stage.

“It’s very much a European-style cocktail bar, where the focus is on them,” Tsolakis says.  “It’s like coming into someone’s private home for a one-on-one experience.” 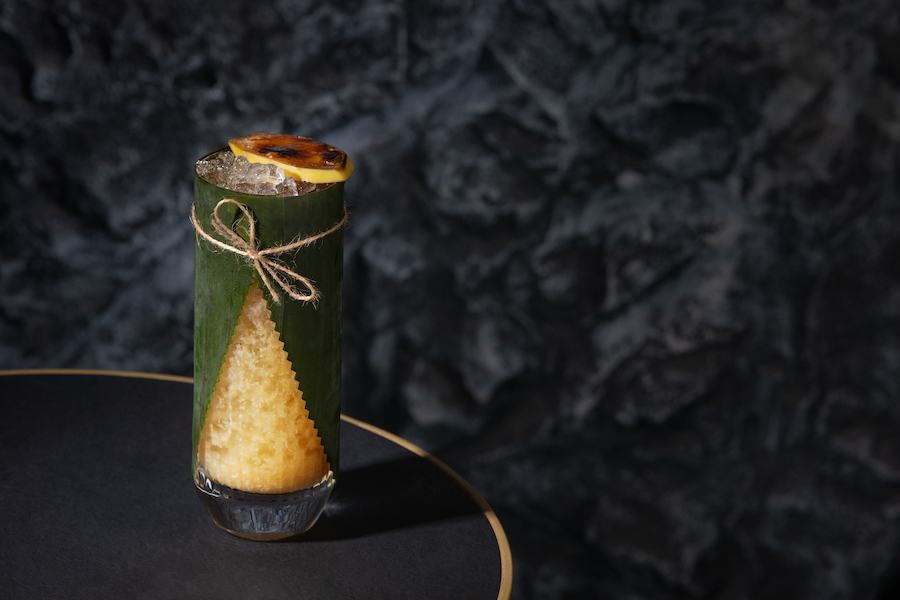 Beverage directors Aliz Meszesi and Lou Charbonneau—who have been running the bar scenes at Krasi and Committee, respectively—came up with the cocktails, which are quite complexly crafted and garnished, use a lot of interesting international liquors you won’t recognize from other Boston watering holes, and as a result, aren’t inexpensive. (The priciest is $23.)

You’re getting quite a show, though: Drinks are ordered from a leather bound, intricately illustrated book of spells, and each of the 10 seasonal cocktails—categorized as the menu’s “Rites & Rituals”—has a backstory inspired by some kind of podcast-worthy lore the guides are happy to explain. A bookmark in the pages will offer additional “Incantations” (more-frequently-changing specials). It’s all intended to be exciting and engaging, though, not off-putting and esoteric.

“When you enter the space, it’s so weird and unreal—then you get this book, and you might feel like an idiot,” laughs Meszesi, a Transylvania native who is not unfamiliar with the allure of spooky legends. “That’s why we’re here, to be friendly and create a family ambience. We want people to know our names, and we want to educate them without making them feel like they don’t know anything.”

For instance, she and Charbonneau explain, the savory Feast of Gévaudan nods to beastly attacks in rural France in the 1760s that led to werewolf hysteria. (For real, give it a Google.) It’s anchored by a saffron-spiked luxury gin and a full-bodied French apple brandy, rounded out with notes of falernum, horseradish, Hungarian paprika, and a house-made mustard cordial inspired, Meszesi says, by a McDonald’s cheeseburger. (See? It’s not all so serious.) Finally, the cocktail is garnished with a mini charcuterie board bearing a cornichon and pork-wrapped goat cheese. 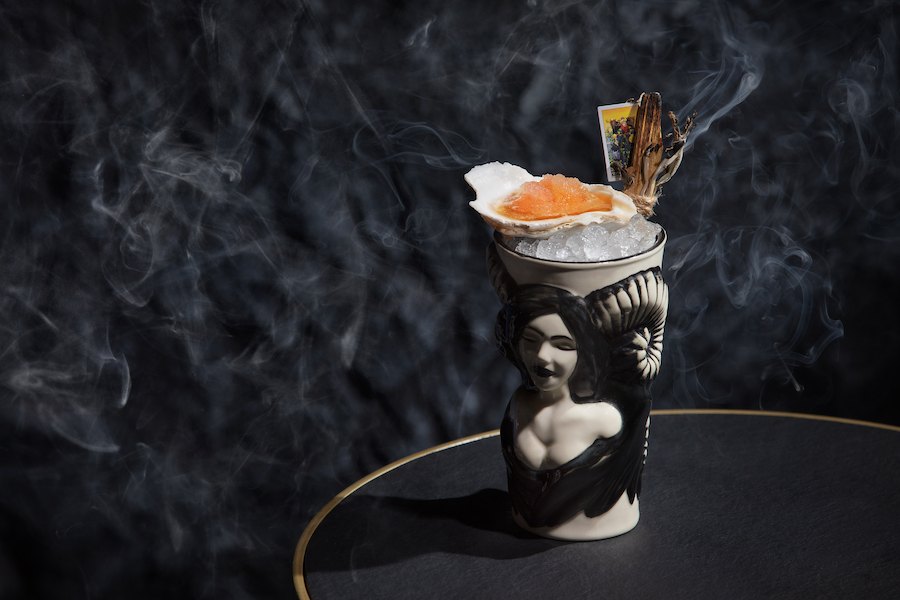 Then there’s the smoking Snakes & Rainbows cocktail. This one is inspired by the same (true) story that informed director Wes Craven’s 1988 horror film The Serpent and the Rainbow, that of a Harvard anthropologist who traveled to Haiti to investigate voodoo-associated claims of a poison capable of killing folks and resurrecting them as zombies. (That’s the quick gist.) Don’t worry, though: a negative-energy-clearing smudge stick comes as a garnish, so you’ll be safe when sipping this brew of botanical rum, Tropi-Cola Champagne soda, and palo santo-and-vetiver cordial. (There’s also a palo santo-and-vetiver granita served for slurping out of an accompanying oyster shell.)

Food-wise, Krasi chef Valentine Howell will supply a handful of snacks, including tzatziki-spiced popcorn, a street corn-inspired spin on fried halloumi cheese, and mini corn dogs (exactly what they sound like). Otherwise, it’s all about the beverages, including a few interesting non-alcoholic cocktails (dubbed “Dry Spells” on the menu), and a very, very curated selection of craft beers and Greek wines (three selections, each).

Hello, Hecate—we’re already under your spell. 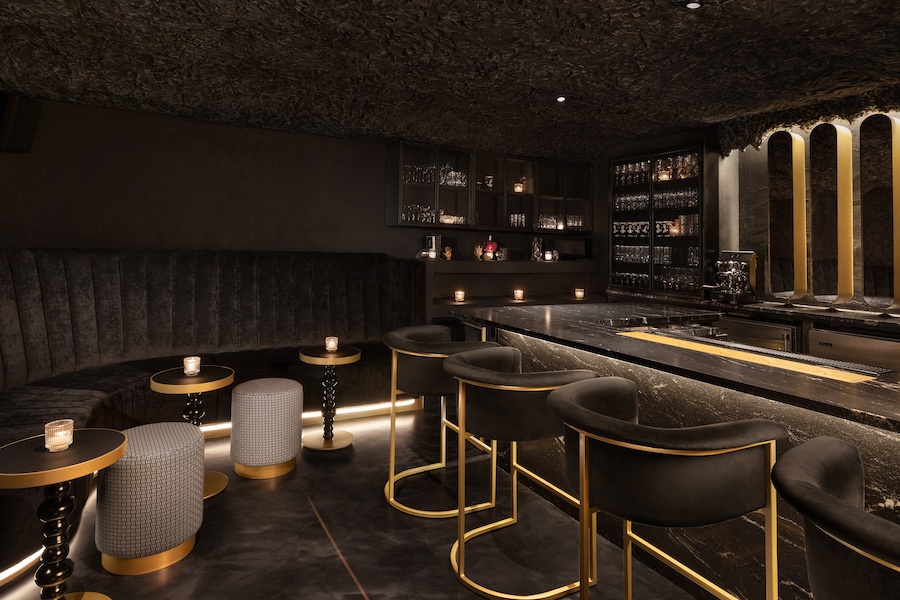