Farmacia Prescribes a New Kind of Cocktail Bar in Boston 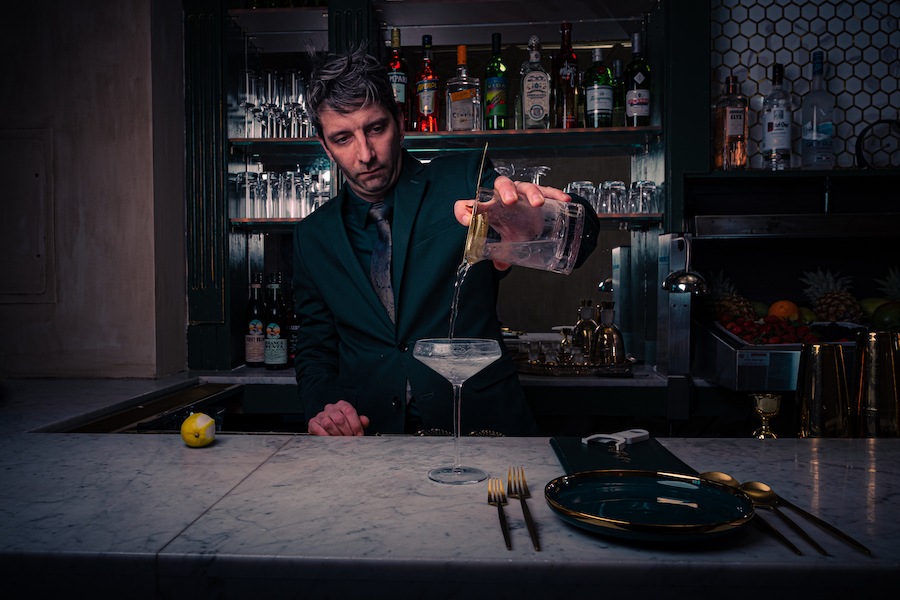 A new cocktail bar debuts tonight in the North End, a neighborhood where having an espresso martini on the menu is all but written into the zoning laws. Farmacia is shaking up a martini di caffé, to be sure—but it’s also shaking up Boston’s bar scene with an entirely new approach to the cocktail experience.

With just nine seats at a vintage marble bar, Farmacia is fashioned to offer the cocktail-curious a $55 ticketed drinking experience that’s like the liquid version of a multi-course meal, says mastermind and managing partner Phillip Rolfe. From a menu (here called a “chapter”) based on a particular theme, which will change every few months, guests can choose two full-size cocktails plus two half-sized libations, or modify the experience to fit their tastes and tolerance. Bar snacks, such as spiced nuts and a dip served with Cape Cod Potato Chips, are complimentary—and complementary—to the experience. 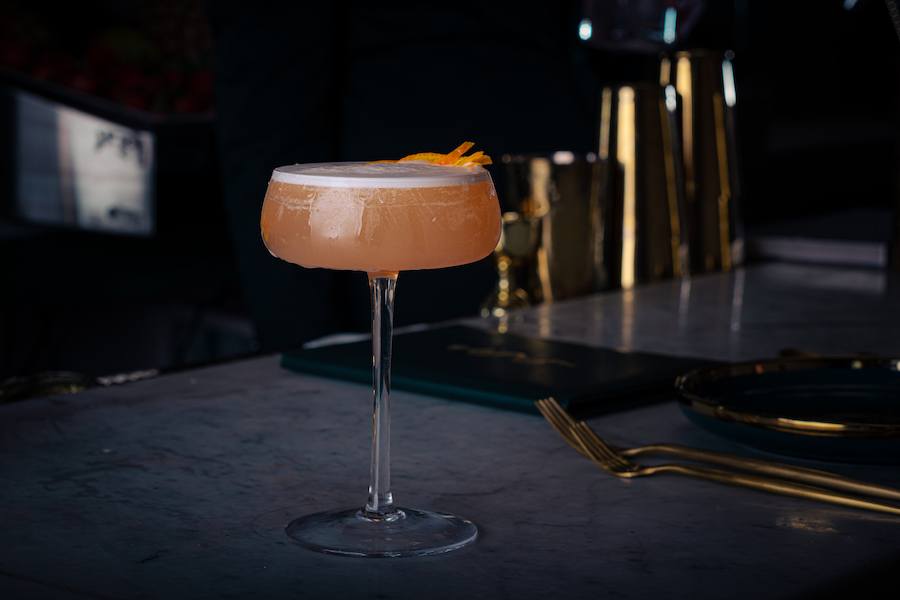 Chapter 1 is all about Italy, says Rolfe, a career bartender who spent the last several years at Parla, a 28-seat bar located just around the corner on Hanover Street. He became familiar with the space that is now Farmacia after helping the All Day Hospitality Group open North Square Oyster, which formerly used this annexed nine-seat bar area as a weekends-only drinking destination. The main restaurant at 5 North Square is now All Day’s Ciao Roma, and Rolfe’s partnership with the team on Farmacia has resulted in that space expanding to Wednesday-through-Saturday service.

Rolfe says its opening menu is first time he strived to make one inspired by Italy itself and ingredients from there, rather than simply by the country’s classic cocktail culture. For instance, Chapter 1 includes a pasta aglio e pepe-inspired vodka martini, spiked with raw garlic, pepper, and lemon, as well as a tequila-based spritz with Amalfi lemon, Italian basil, and a house-made cantaloupe syrup. There are two coffee cocktails on the opening menu, because “you can’t really do Italy if you don’t do some espresso,” Rolfe says. (There is also, of course, a Negroni, though this one gets the addition of cold-pressed pineapple juice and cucumber.) To start, snacks include a garlicky white bean dip as well as mixed nuts roasted and dusted in a blend of rosemary, basil, sage, brown sugar, cumin, and cayenne. Gelato is also in the works, Rolfe adds. 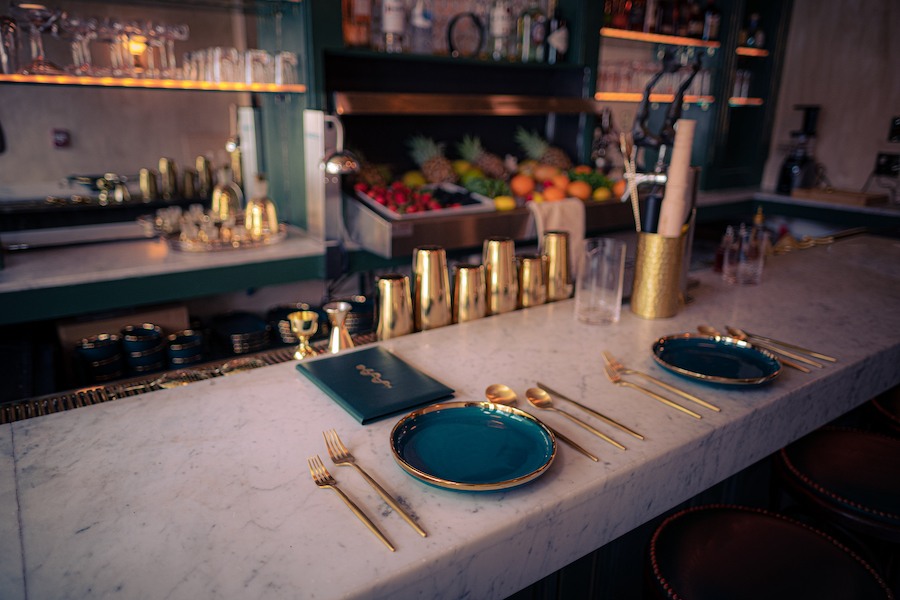 While this first menu is clearly “an homage to the North End,” Rolfe muses that the next chapter may be inspired by Mexico (perhaps agave spirits specifically?), or the Caribbean, or brandy. It’s still TBD. What he does know is that, as a neighborhood, the North End has the highest density of restaurants in Boston, and the vast majority of those spots are Italian-American. Rolfe acknowledges that most North End visitors come for an “authentic, homespun Italian experience,” but he’s confident that Farmacia’s small size and creative concept will make it possible to play outside the lines. “Because of the intimate nature of the space, I really think that I can have a bit more fun,” Rolfe says. “I don’t necessarily need to appeal to everyone.” 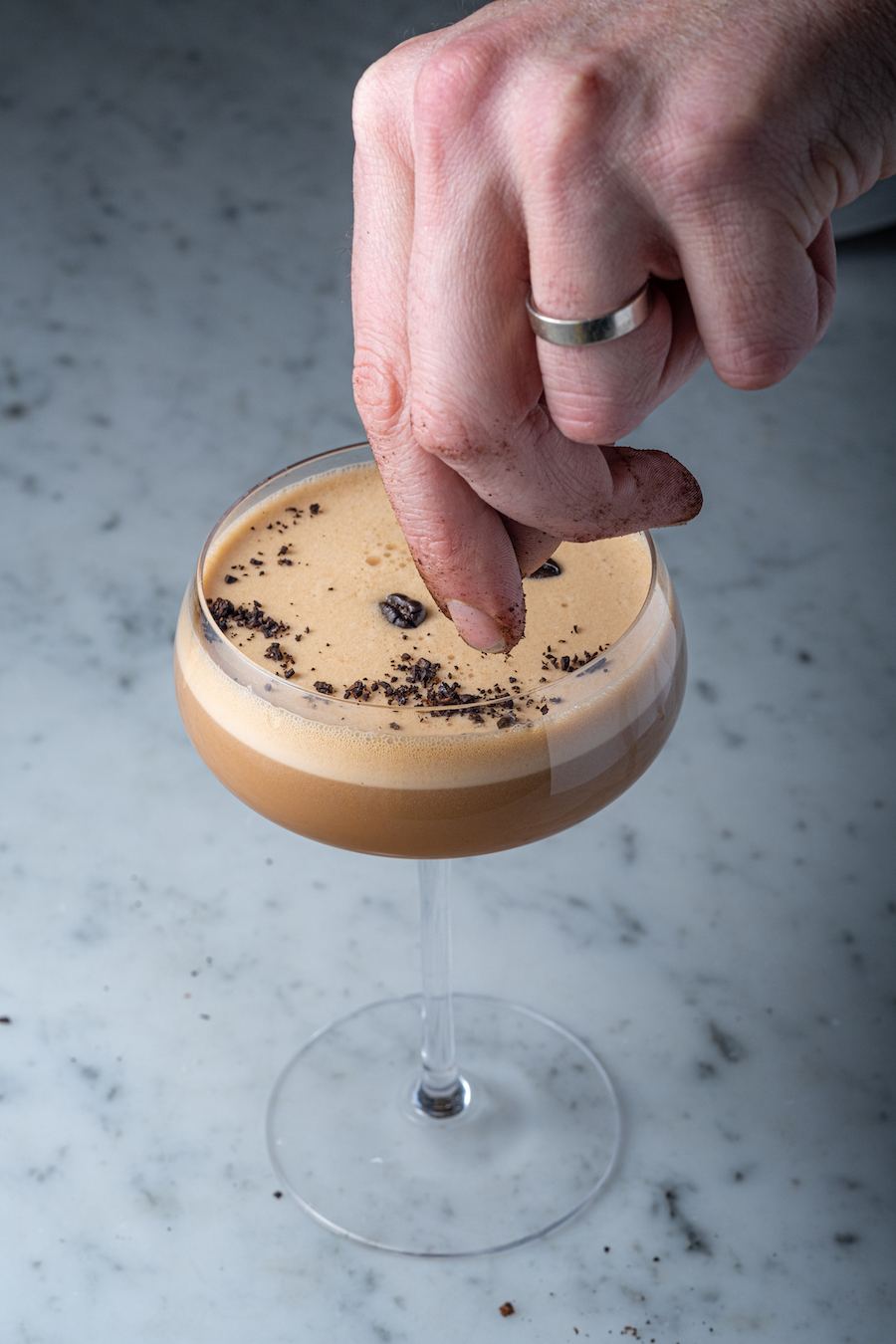 That said, although Farmacia will offer a la carte cocktails at individual prices (from about $16 to $20), Rolfe—who knows that most imbibers tend to stick to what they like—hopes that his prix fixe menus offering a few different drinks will encourage folks to try something new and broaden their horizons. There are some practical upsides to the ticketed reservation system, too. The reliability of a prepaid model enables Rolfe to buy top-shelf spirits and make his own fresh-pressed juices without waste. It’s also his solution to the likelihood that demand will outpace the space available at his tiny bar. Who wants to wait in a line or join a waitlist that may or may not actually result in a seat four hours later? “I’d much prefer to wait at home for a week knowing that I have a ticket-reservation to be able to come in at a particular time,” says Rolfe. “I can’t be in the business of offering more than I can provide.” 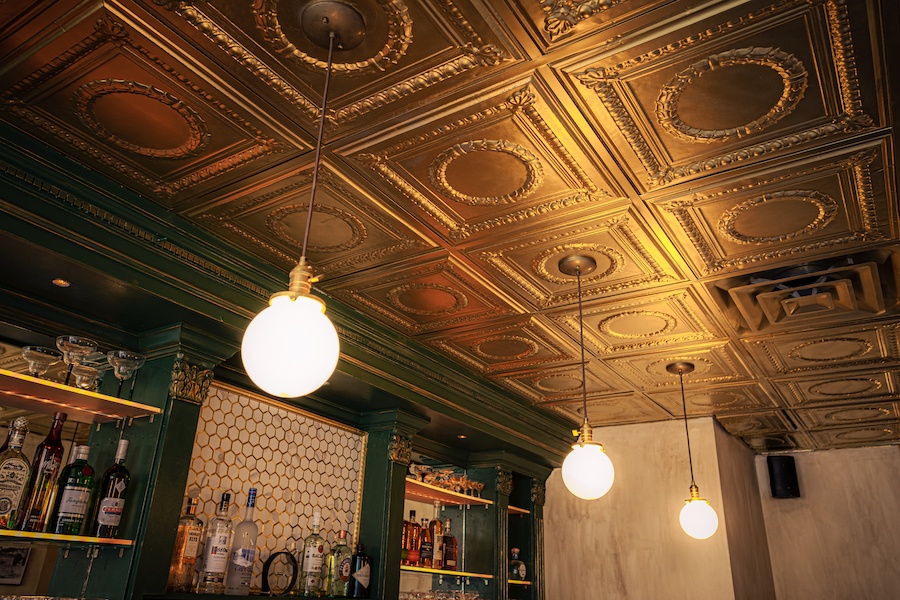 Rolfe adds that Farmacia is inspired by the small-footprint cocktail bars of Europe, where the owner is the one making the drinks and conversing with patrons. “Anyone that’s successful in restaurants and nightlife knows that the atmosphere really counts for so much,” he says. “The smaller amount of square footage you’re working with, the easier it is to really command a particular vibe.”

As far as the rest of the vibe goes: Working with All Day Hospitality partner and designer Justin Power, Rolfe updated the space with fresh upholstery and window treatments, plus a paint job in rich shades of emerald green and gold. There’s also new, illuminated bar shelving and hanging brass lighting fixtures. Rolfe loves, and maintained, the old-fashioned mosaic tile floor and tin ceiling, the ornate carvings of the back bar, and the giant bay windows that open up to North Square. Farmacia is also anchored by the original white marble bar, where every guest will sit. 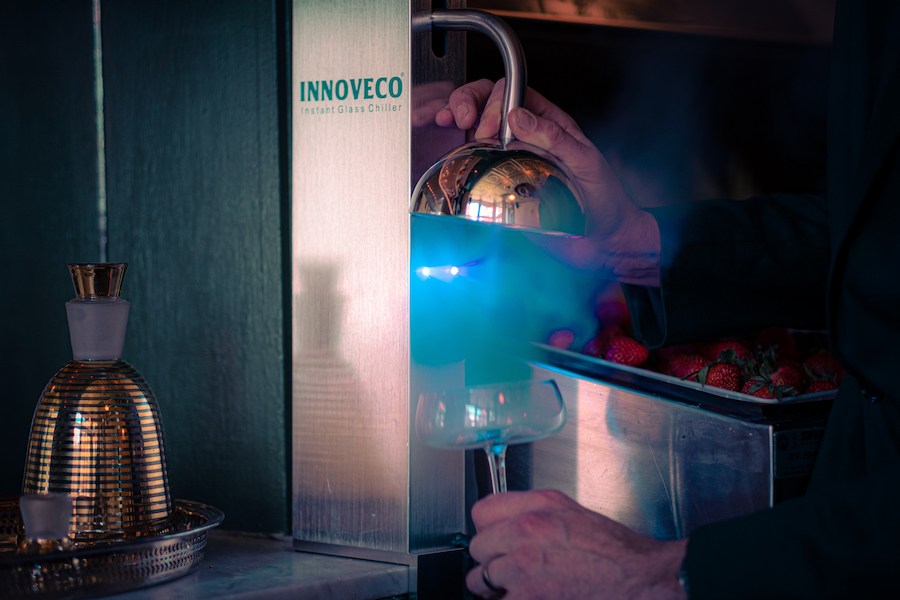 Rolfe is looking forward to talking with patrons, learning about their likes, making them a drink, and then gauging their reaction to it in real time—feedback not available to the bartender at, say, a 250-seat restaurant.

“That’s a fundamental tenet of working in a small space: You can be really targeted and specific about what you’re trying to provide,” Rolfe says. Farmacia may not be everybody’s type of cocktail bar, but that’s the point: At just nine seats, it’s literally not for everybody.