Soak up a beer boat cruise in Maine, a BIPOC-centered brew fest in Connecticut, and more. 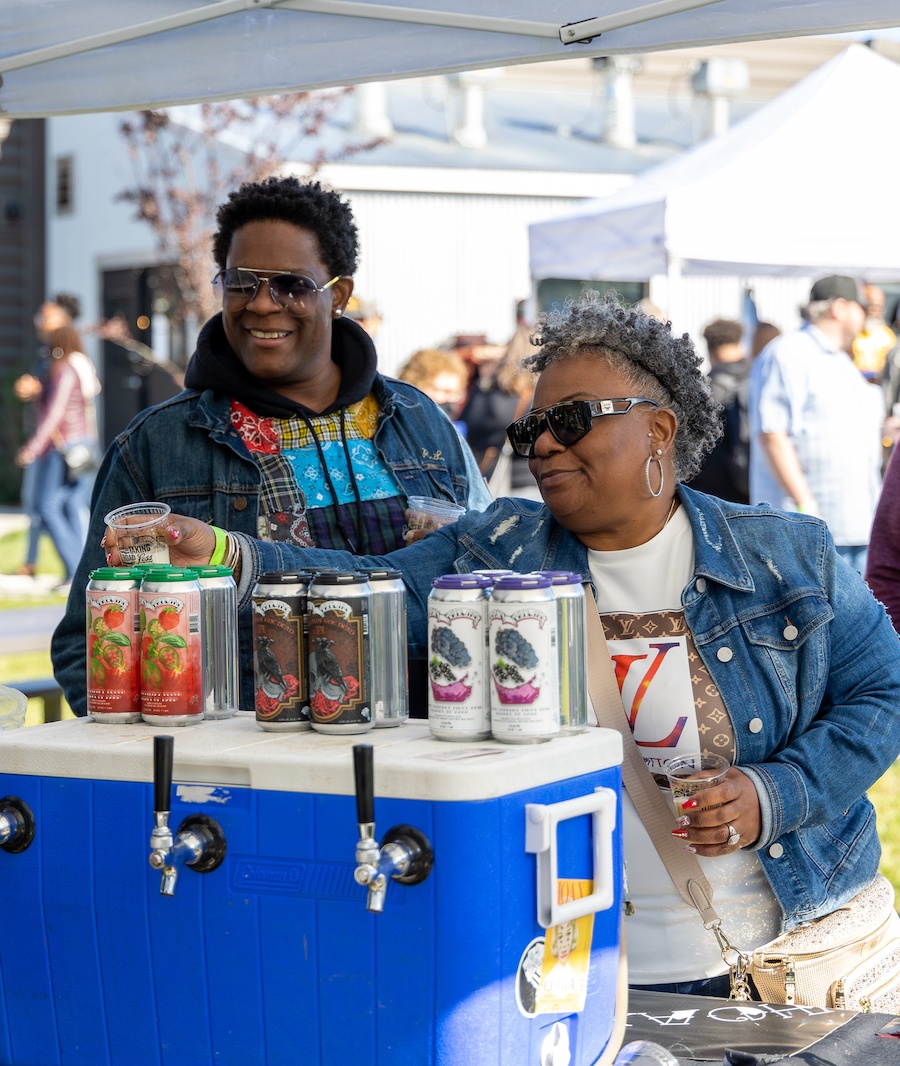 Remember beer festivals? A social activity of the beforetimes, these were events during which drinkers crowded convention centers clamoring for tastes of—well, whatever they were in line for. Good news: Beer fests are back and looking better than before. In fact, here are six summer events worth visiting in every New England state, from an opportunity to spot rare “whale” beers in Rhode Island, to a multi-day Maine series with a boat cruise and sour beer brunch, to a Connecticut fest celebrating BIPOC brewers across the region.

Beer festivals are a great place to try brews you can’t spot anywhere else; hence the name of this first-ever beer fest from New York-based brewing company Finback. Whale Watching nods to the aquatic ungulate in Finback’s logo, yes—but “whale” is also craft-beer-speak for rare, seemingly unattainable brews that fans can (usually) only salivate over on Instagram. While you won’t see any fins or tails breaching out of the Blackstone River when Whale Watching arrives to Pawtucket, R.I. in May, festivalgoers will want to keep their eyes peeled for super-limited suds from acclaimed breweries, including those that have never poured in the Ocean State (and are rarely seen in Mass., for that matter): Brooklyn’s Other Half, Great Notion Brewing of Portland, Ore., and Burial Beer Co. of Asheville, N.C. Plus, the outdoor fest also promises an all-star lineup of craft beer people (including DJ Chris Maestro of New York City beer and vinyl bar, Bierwax), as well as a selection of Rhode Island-based food vendors. Can’t make it? Stay tuned: Finback is in talks to bring another Whale Watching to Boston in the near future. 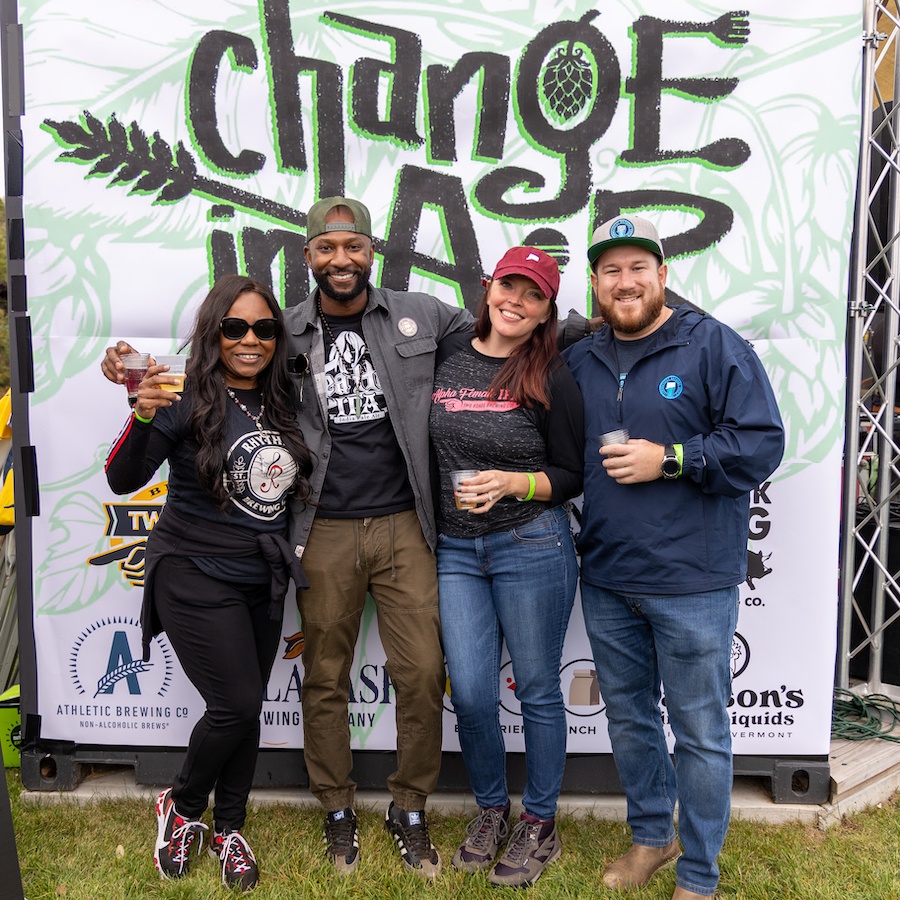 Change is in the Air Festival photo by Jess Bautista for New England Brewing Co.: 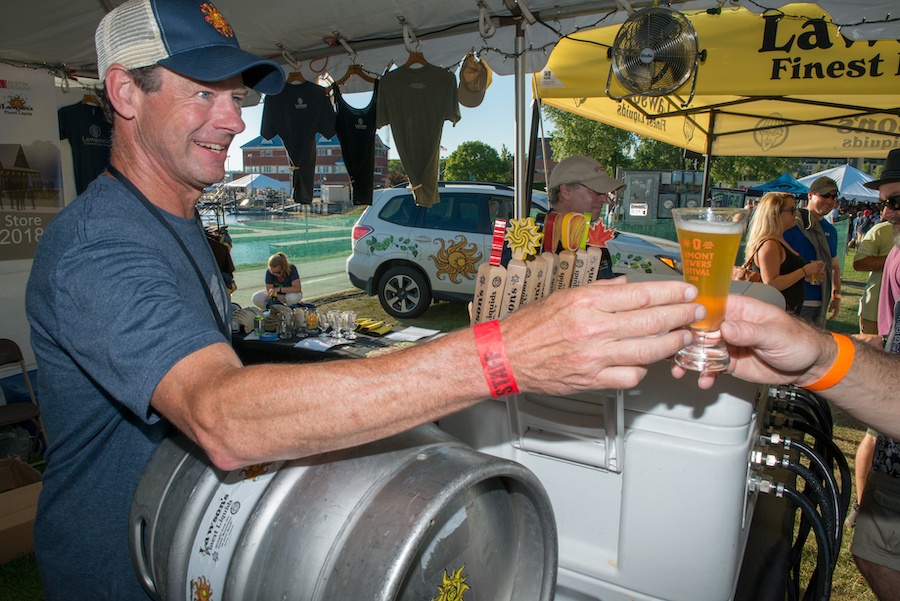 Burlington, Vermont is one of the most beautiful craft beer destinations in the world, and the waterfront Vermont Brewers Festival has played an outsized role in building that reputation. First hosted in 1991, the Lake Champlain-side event returns this summer with five tasting sessions and a few welcome changes to its very successful format. For one thing, to reflect the sheer number of quality beer makers now based in the Green Mountain State, each day will offer a different lineup of craft breweries (this also means smaller sessions, more space to spread out, and less time spent waiting in line). From breweries that put Vermont on the craft map, like Lawson’s Finest Liquids, to a new generation of taprooms (hello, Foam), there will be more beers to drink than will be possible during each 4-hour session. And if you’re the type who likes to commit to a single glass instead of ordering up a flight, this final update to the fest format should wet your whistle: Drinkers can choose whether they want a 3-ounce, 6-ounce, or 9-ounce sample poured each time in this year’s commemorative Vermont Brewers Fest tasting glass.

Maine’s Mast Landing Brewing Company is bringing a slew of awesome craft breweries to the Pine Tree State for its first-ever Wavy Days festival—and an array of activities, too. Things kick off on Thursday night with tap takeovers at bars all around Vacationland, while Friday brings a Casco Bay beer cruise departing from Portland Harbor. The centerpiece beer fest starts at noon on Saturday at the historic Scarborough Downs racetrack; more than 40 breweries from across the country will pour alongside eats from favorite Maine food trucks. (Don’t miss the open-to-the-public afterparty at Novare Res, Portland’s beloved and widely acclaimed beer bar.) Finally, settle in for the Wavy Days Sour Beer Brunch at Mast Landing’s Westbrook headquarters on Sunday. Monday? That’s for recovery, of course.

Now, for something completely different. Boylston Schul-Verein in Walpole, the largest German-American cultural center in the Greater Boston region, has an on-site bar that hosts regular biergartens—including an annual Oktoberfest celebration that’s not to be missed. (If you can’t wait that long, there’s a June Sommerfest to check out, too.) Coming up this year on the weekend of September 10 and 11, BSV Oktoberfest will make you feel like you’re in Munich from the moment you discover the secluded, woodsy grounds. The family-friendly festival features a traditional beer bar and pavilion, plus house-made wurst, schnitzel, potato pancakes, and more German cuisine for purchase from numerous booths (we’ll see you at the Cake House). Beer stands are set up throughout. There’s also an artisan market, activities like an obstacle course for the kids—and it’s not Oktoberfest without an oom-pah band, of course. This is a fun fest with no hype: just good, old-fashioned beer, food, and community. There’s usually a minimal entry fee each day of the festival, while beer and food are pay-as-you-go. Perfect.

Launch your leaf-peeping season in New Hampshire’s beautiful White Mountains and check out one of the region’s premier Oktoberfest celebrations with Schilling Beer Co., based in the adorable North Country town of Littleton. Doubling as an anniversary party for Schilling, a brewery inspired by small-batch, European-style lagers, Oktoberfest annually showcases some of their best brews. But it also brings to town hyped breweries from elsewhere, whether they make dank and fruity IPAs, tart and funky barrel-aged sours, or dry-hopped crispy boiz (those are modern-day lagers).