The laid-back, Italian-esque restaurant and wine bar bring the award-winning chefs to the heart of the Back Bay. 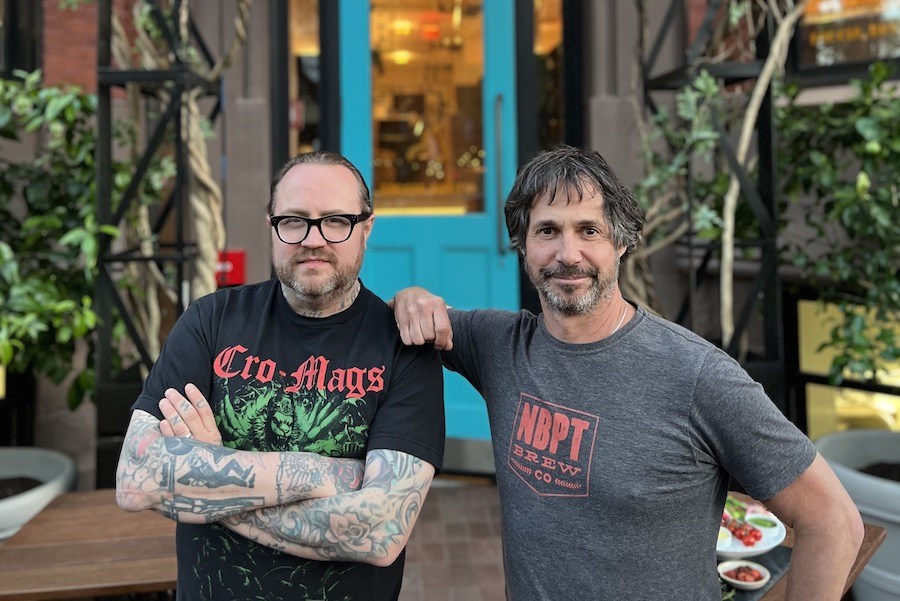 For the past two-plus years, globetrotting Bostonians Ken Oringer and Jamie Bissonnette have traveled a lot less than they’re used to. In the beforetimes, the award-winning chefs of Toro, Coppa, and Little Donkey also had several restaurants outside our city, and they would annually seek inspiration on international trips with members of their hospitality teams. Although they’ve instead spent plenty more time at home lately, their newest restaurant and bar still takes much inspiration from their latest adventure—and not only that, but imbues it with local ingredients and talent, personal touches, and the chilled-out vibes of the moment.

Faccia Brutta and its natural wine-focused sibling, Bar Pallino, will open Tuesday, May 24, across two levels of a townhouse with a patio on Newbury Street. Respectively inspired by the cooking of coastal Italy and the bottle-stocked bars of Paris, the James Beard Award-winning duo’s first new concepts since 2016 showcase the relaxing, raw, and rustic flavors of Sicily, Liguria, and Sardinia, as well as responsibly produced wines, amari, and mezcal. 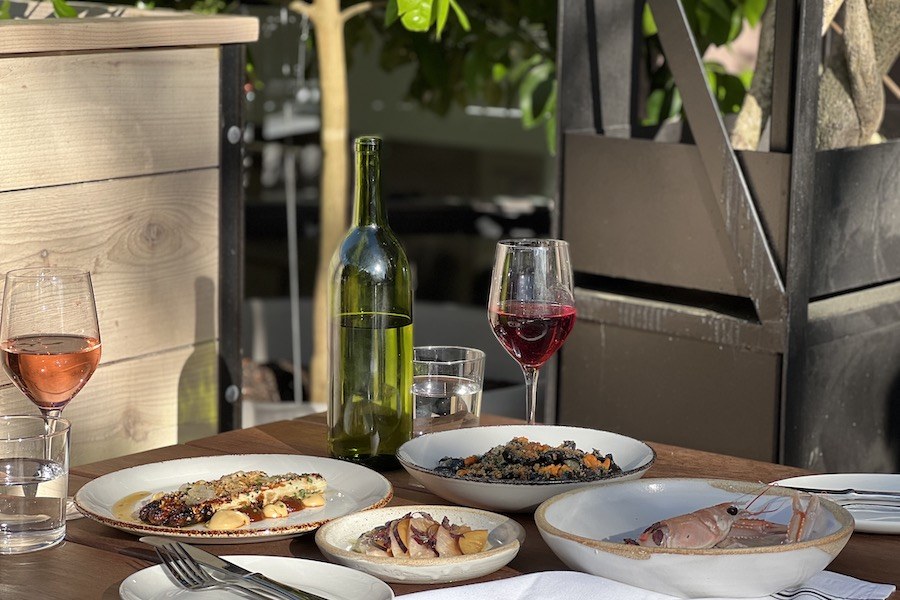 At Faccia Brutta—which means “ugly face,” by the way; a term of endearment “in the ball-busting tradition” of Sicily, Oringer says—expect a full selection of seasonal snacks and appetizers like grilled white asparagus with espresso BBQ and a smoked parmesan crema; filled pastas and noodles, including ample gluten-free offerings; large plates like grilled lobster served with Calabrian chili butter and clam vinaigrette; and house-made gelato and desserts.

Bar Pallino, which is named for the small target ball in a game of bocce, will have its own unique snacks, including “an Italian version of the gilda,” a pintxo of olives, anchovies, and pickled pepper. “We’re gonna do our spin on things and make it wicked interesting,” Bissonnette promises. Both spots’ seafood and “farmers market-oriented” cuisine is certainly well-suited for a Back Bay restaurant, which has prime proximity to both Boston’s famous fish piers and the city’s biggest farmers market at Copley Square.

Although plans for Faccia Brutta and Bar Pallino were in the works since before the pandemic, the chefs say that having an extended timeline for the project enabled them to refine their vision. What’s more, the challenges of the past two years also forced Bissonnette and Oringer’s JK Food Group to close its Toro outposts in New York City and Dubai, which led to more time spent in Boston, working with and empowering younger managers to take on new responsibilities, Oringer says. 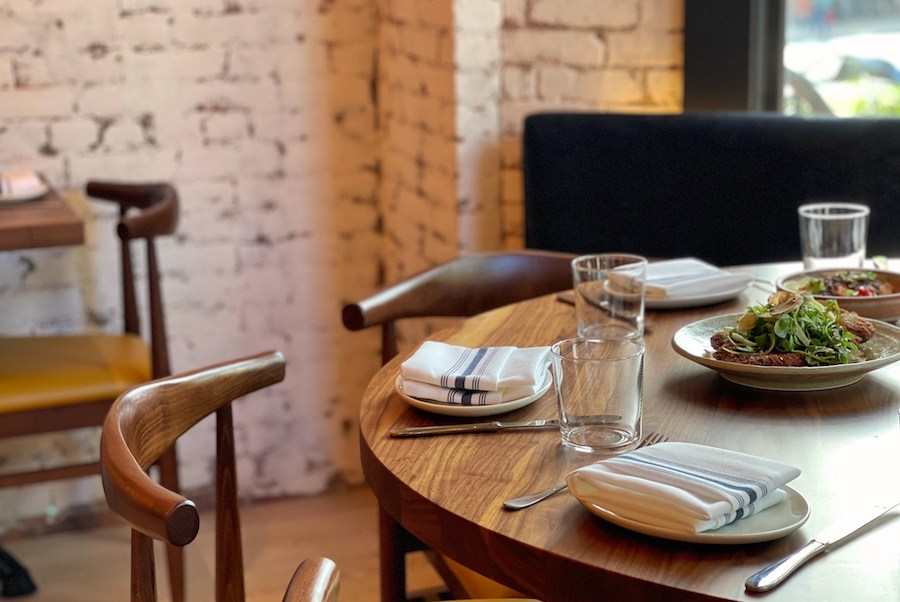 For instance, after five years helming the South End’s acclaimed Coppa, Brian Rae is executive chef at both these new spots. “We felt he deserved to have a bigger stage to show his talents,” Oringer says, describing Coppa’s cramped kitchen. Meanwhile, Jodie Battles, the longtime beverage director for all the restaurants in JK Food Group, takes an ownership role at Bar Pallino, besides bringing in her favorite bottles. And the subterranean wine bar is even decorated with in-house photography: Katy Chirichiello, a managing partner at Little Donkey, used her iPhone during the team’s last trip to Italy to snap the bocce photos that inspired its name.

Elsewhere on the décor front, Faccia Brutta also repurposes some fixtures and furniture from Toro New York: White-washed wooden beams, millwork, and vintage mirrors from the shuttered location all earned a new life on Newbury Street. (NYC-based firm New World Design Builders, which also designed Toro NY, is responsible for both new spots.) Faccia Brutta’s rustic beams, white oak floors, and white-washed brick walls contribute to a lived-in, breezy aesthetic inside the 100-seat restaurant, whose bay windows bring in plenty of natural light and make the space feel airy and open. Gold-colored and mosaic-glass chandeliers filled with live greenery hang from the ceiling, calling back to the 40-seat garden patio outside, as well as the main entryway arch bedecked in begonias and Boston ivy.

A 16-seat bar anchors Faccia Brutta’s interior, while the exposed kitchen line should cultivate the same dynamic dining-room energy that crackles at Toro and Coppa, Bissonnette says. Out of view downstairs is a large prep kitchen where chef Rae’s teams will make pastas from scratch, and there is a separate area for prepping gluten-free pasta options. “My daughter has celiac, so I’ve been playing around with gluten-free pasta for the last couple of years. We’re going to have a very large selection,” Oringer says. 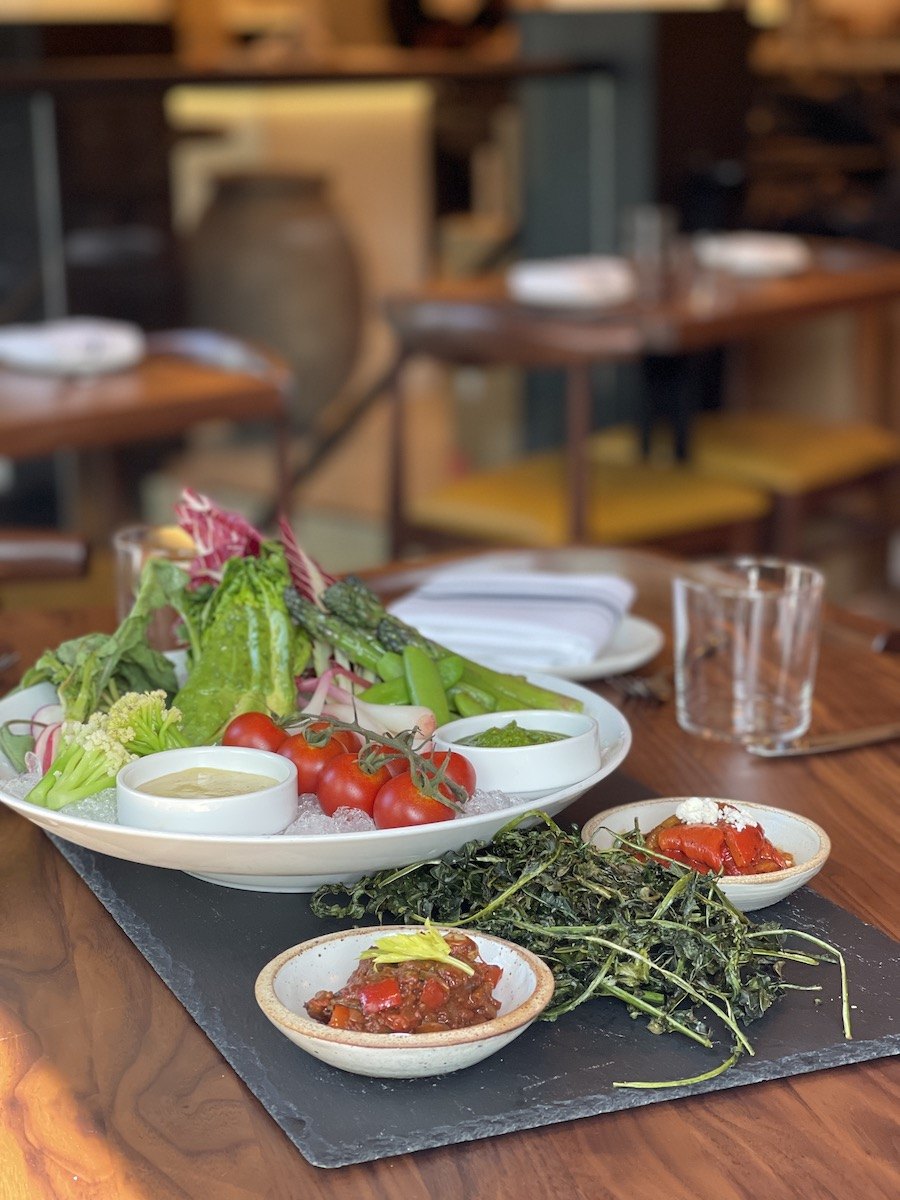 To settle in for a sip at Bar Pallino, you’ll head to its separate entrance off the public alley between Gloucester and Fairfield streets. Descend to discover a 30-seat basement barroom equipped with a turntable and records from Bissonnette’s own collection, and a more sophisticated ambiance: think dark, textured walls and antique pendant lights. Guests are welcome to choose records from the vinyl-stocked shelves and ask the bartender to give them a spin. Bissonnette estimates he has more than 10,000 albums in his possession and will rotate in new titles regularly at Bar Pallino.

“If it was somebody’s finished basement, they’d be your really rich uncle,” Bissonnette says, with a laugh.

Natural wines, amari from Italy, and mezcal—Bissonnette’s favorite—are the focus at Bar Pallino, and Faccia Brutta will specialize in classic Italian cocktails. Both locations have a full liquor license, however, and they will be fully stocked. “It’s going to be really casual and really funky,” Oringer says. We’ll see soon enough: Faccia Brutta is now accepting reservations for dinner beginning Tuesday, May 24, with lunch and brunch to follow. Bar Pallino will open the same night for walk-ins only.