Warriors Fan Guy Fieri Is Just Happy to Be Here

He's in town to check in on his Boston restaurants, and brought his sons to "see sports history" at the Garden. 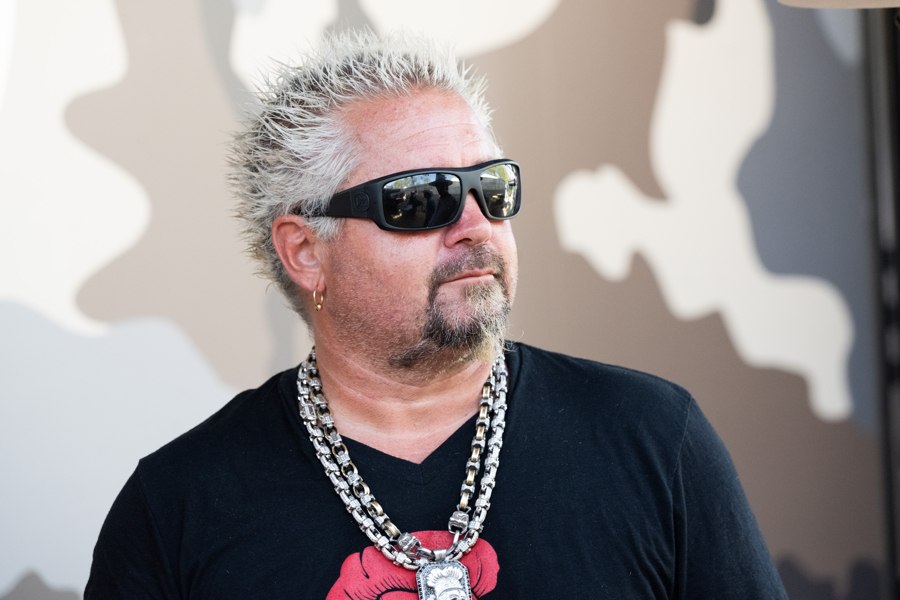 Guy Fieri attends Day 1 of the 2022 Stagecoach Festival on April 29, 2022 in Indio, California. | Photo by Scott Dudelson/Getty Images for Stagecoach

Did you see Guy Fieri in the crowd at the Garden on Wednesday night? The Mayor of Flavortown himself was in Boston with his Golden State superfan sons, Ryder and Hunter, to catch Game 3 of the NBA Finals.

Before tipoff, Fieri arrived at Guy’s Boston Kitchen + Bar, his second Hub partnership with Big Night Entertainment, to tour the completed restaurant for the very first time since it opened in December. We sat down with him at a high-top in Guy’s Parlor, the new bar and lounge attached to the Boston Common restaurant that’s set to open to the public within the next couple weeks, to chat about the Warriors, New England hot dogs, and why he’s Tiffani Faison’s biggest fan.

You and your sons are big Golden State fans. Any thoughts on how it’s going?

What were my thoughts when you guys won Game 1 in San Francisco? My thoughts were not good! [laughs] No, listen. It’s great to have the Splash Brothers [Steph Curry and Klay Thompson] back together; to have Klay back. Draymond Green’s been doing great. All I want to see is a great series.

But coming here is really exciting, because my youngest son, Ryder, is such a big Warriors fan. I said to him, “You’re going to see sports history here in Boston.” Twelve years ago, I went to a Celtics-Lakers Finals game here with Michael Schlow and Greg Hill, the Hillman; and Hunter, my oldest. We had floor seats in the Garden. OMG. Now to be back here, and to have Tequila Cocina at the Garden and to have Guy’s Boston open, it’s kind of surreal. I’ve always been a big Boston fan. My wife’s from New England, from Rhode Island. So in all ways, shapes, and forms, I’m pretty blown away to be here for this.

What are your go-to stadium snacks?

I’m either a before- or after-the-game eater. I don’t want anything to get in the way of having a nice, cold beverage, and you definitely don’t want to be sitting there with a tub of popcorn when Draymond comes plowing through to get the ball, you know? Unless there’s a specialty. In San Francisco, at the baseball stadium where the Giants play, they’re known for garlic fries.

I found out that the Warriors came all the way from San Fran to buy out the restaurant tonight for Game 3. The tough thing is, I’ve told so many of my friends in Boston, “Hey, I’m going to be at Tequila Cocina tonight.” Now they’re like, “Yeah, but it’s closed to the public.” Oh, God! [laughs] That’s called a high-class problem.

What’s it been like for your team working there?

There are still some labor concerns. There’s a little bit of supply shipment stuff that’s going on across the whole industry. But, we adapt and overcome any type of difficult time. The restaurant is fired up.

Let’s talk about Tournament of Champions, your Food Network series that recently finished up its third season. It premiered in March 2020, so it kind of filled a sports void for me at a tough time, and I appreciate that.

I modeled the show after a sports bracket competition. Then when the pandemic happened, it really became something for people to watch that really is that fast and ruthless. Tournament of Champions is a blast. I’d been trying to pitch the show to the network for a long time, because all my brothers and sisters in the business really deserve that playing field.

At a time when there are streaming-only food TV shows, movie star-hosted shows like Stanley Tucci’s Searching for Italy, et cetera, would you say we’re in a golden age of food TV?

Is there such a thing as too many food shows, though? 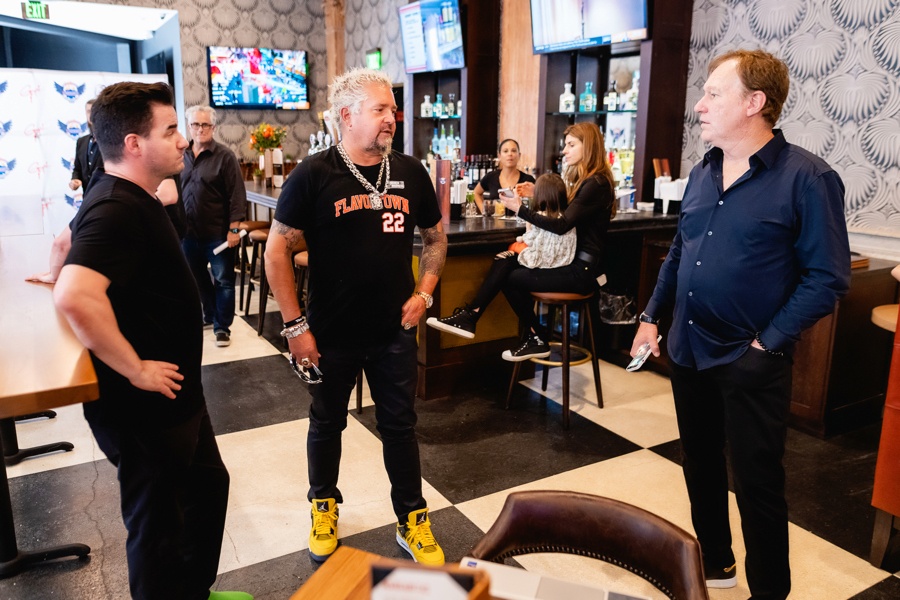 Boston’s own Tiffani Faison is the latest TOC champion! How does one succeed at a show like that?

Every single one of those chefs could have won it, without question. What is it, “you dance like nobody’s watching and sing like nobody’s listening?” You have to cook without second-guessing yourself. When I spin the Randomizer, they get 30, 35, maybe 40 minutes. Then I say “go” and that’s all the time they have. You just gotta go with whatever gut instinct you have. Fortunately, Tiffani’s got such an enormous repertoire of knowledge and she is incredibly adventurous. She’s consistent as a chef and as a person. It’s her time to shine.

Your nickname for her is “Sweet T.” What’s the story there?

I saw she just filmed Guy’s Ranch Kitchen, as well.

We brought up 16 different chefs from all over the country. It’ll probably start airing sometime in the fall. Tiffani just has good energy. People beyond Boston are learning more and more about her now, and deservedly so.

From the seafood to the cultural side of it to the Italian side of it to the ‘dogs—there are so many things about New England food. One of my favorites is in Rhode Island, in an area called Olneyville, a Coney Island ‘dog called New York System. But as soon as I’ve done that, of course, you have an army of amazing chefs here. Kenny Oringer, without question, is one of my favorite chefs in the world. Schlow, Tiffani—these are people that I really admire and respect. Bostonians, and I think New Englanders, have a high expectation for great food. That’s why it is such an honor to be involved in it, from Tequila Cocina to Guy’s Boston.

So we’ll see you again soon, then.