The Pine Bar is the latest venture for North End restaurateur Philip Frattaroli and will extend the BPM’s hours. 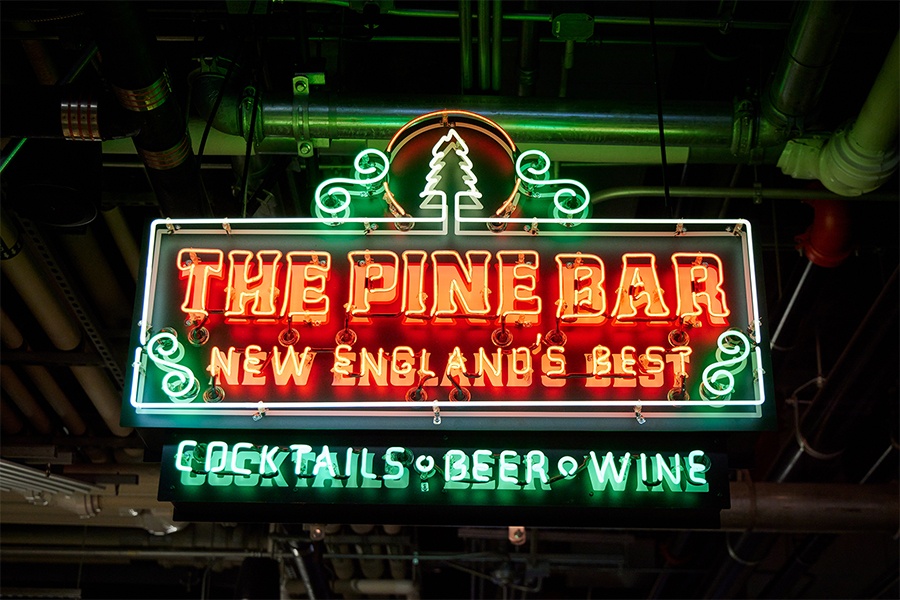 The Boston Public Market is the first stop for many of Boston’s food-loving visitors. Open year-round, the award-winning indoor marketplace at Haymarket contains 30 vendors selling all manner of local produce, provisions, packaged alcohol, and prepared plates. But any out-of-towners looking to taste New England craft booze? They had to go someplace else.

That is, until now: The Pine Bar at Boston Public Market debuts Thursday, June 16, with a full-service lineup of regional craft beers, wines, hard cider, and cocktails. Located near the Hanover Street and garage entrances, next to Perillas and across from Q’s Nuts, it’s a new venture for the Filmark Hospitality Group and owner Philip Frattaroli—the second-generation North End restaurateur behind Ducali and Cunard Tavern in East Boston. 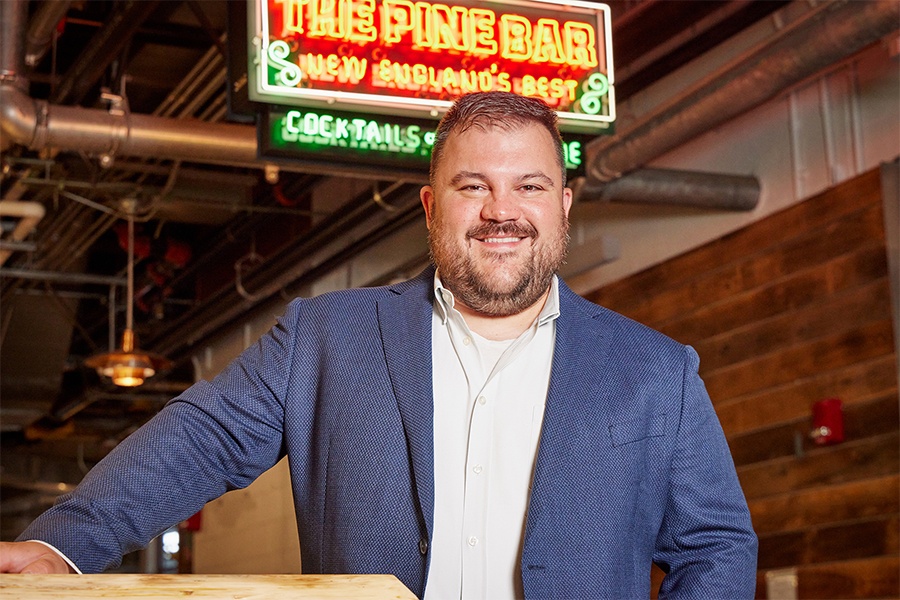 The bar’s arrival will extend the market’s hours until 10 or 11 p.m. each night, with select food vendors staying open as well. It represents a longtime goal of the BPM to upgrade the alcohol offerings, says CEO Cheryl Cronin—and it couldn’t come at a better time.

The market is rebounding after a challenging couple of years. It was mostly closed from March until September 2020, save for some delivery and pick-up services, and outdoor vendor pop-ups. In May 2021, foot traffic was still down more than 70 percent from pre-COVID numbers, BPM figures show. This past May saw more than 100,000 visitors for the first time since before the shutdown. “It’s been a steady increase, which has been really encouraging,” Cronin says. “To be a destination, a bar is really a huge component, so we’re incredibly optimistic.” 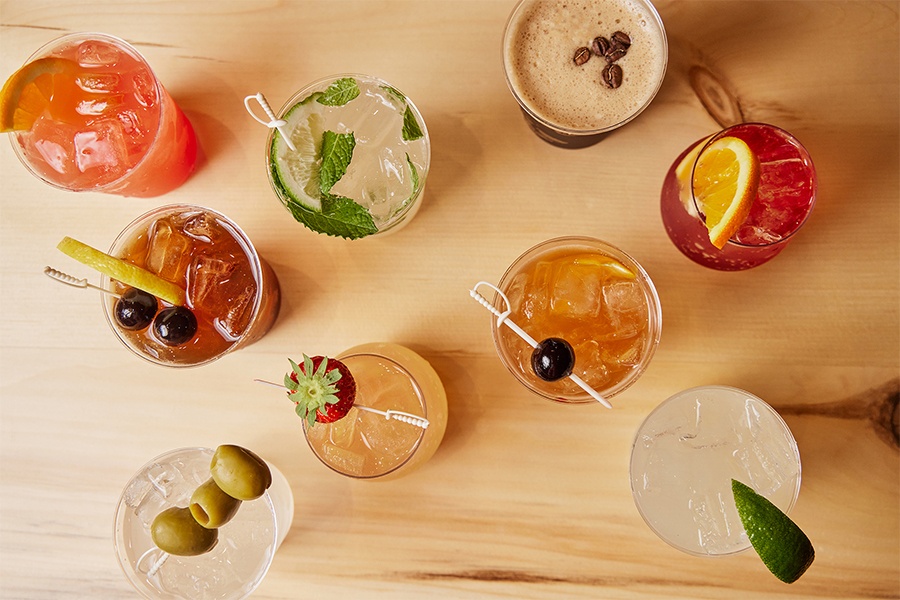 Other cities’ public markets, like Reading Terminal in Philadelphia and Grand Central in Los Angeles, have bars that showcase their state or region’s craft beverage producers. In fact, last summer—just before Frattaroli saw the BPM’s request for bar proposals—he was sipping Colorado craft beer at the bar inside the Denver Central Market while on vacation with his wife. “I was just talking out loud and I said, ‘This would be great for the Boston Public Market,’” he recalls.

Frattaroli’s connection to the neighborhood runs deep. His father, Filippo, opened Lucia Ristorante on Hanover Street in 1977, and the younger Phil spent his early years living upstairs. He later lived on Endicott Street when the Boston Public Market first opened, frequenting it in the mornings with his oldest daughter for breakfast. It was Frattaroli’s familiarity with the North End and its history, as well as his experience in restaurant operation and existing industry relationships, that helped his application for a spot at the market stand out, Cronin says. 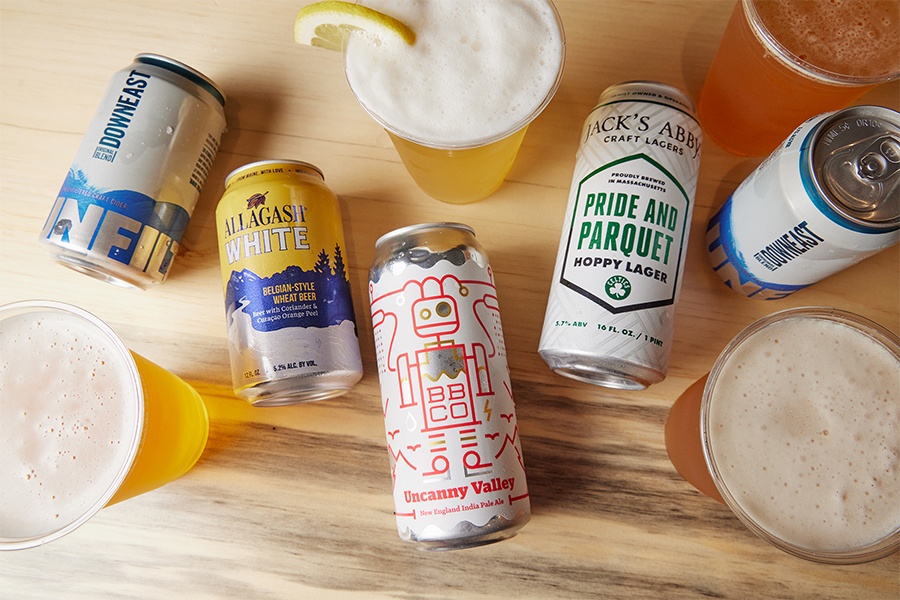 Frattaroli is excited to bring in hard-to-come-by products from New England, such as cans of IPA from the Alchemist, and Tree House Distillery spirits. Beer lover Anthony Pino, who is the chef at Cunard Tavern, is curating the Pine Bar’s draft list, and Frattaroli is in charge of sourcing wines made in New England.

Local touches also appear throughout the bar’s design, which pays homage to the North End and New England in a few clever ways. The bar—which boasts a live-edge, pine countertop crafted by Brandon Gatti of Grain Architectural Millwork in East Boston—is named for the symbol on the New England flag, as well as a variation on the bartending colloquialism “behind the stick” or “behind the wood.” The flag’s red, green, and white color scheme also influenced the space’s palette (astute readers will also notice those are also the colors of the Italian flag). Continuing the theme, a map of New England will be painted behind the bar on sliding barn doors, which cover the liquor cabinets when the bar is closed and hide unsightly equipment like the dishwasher during open hours. The draft menu, meanwhile, will be listed on a mechanical, split-flap sign—a modern, internet-equipped version of the information boards once ubiquitous in train stations all over Boston and the world.

The most striking feature, however, is the Pine Bar’s marquee. It’s the first neon sign in the Boston Public Market, custom-made by Somerville’s formidable Neon Williams. The Pine Bar team designed it as a tribute to the iconic sign of the European, a bygone North End eatery that may have been New England’s first Italian restaurant when it opened around 1920. “I remember going there when I was a kid, but it opened before you could even put an Italian word on a sign,” Frattaroli recalls. “We really wanted it to be a tie between the macro and the micro” of New England and the North End, he says.

The Pine Bar itself aims to connect people with the market in new ways. It will have 11 full-service seats, plus a handful more on busier nights, and a quick-service ordering area. The Boston Public Market secured an all-alcohol liquor license from the City of Boston, so patrons can take their drinks with them to any of the seating areas throughout the marketplace and its outdoor dining area. 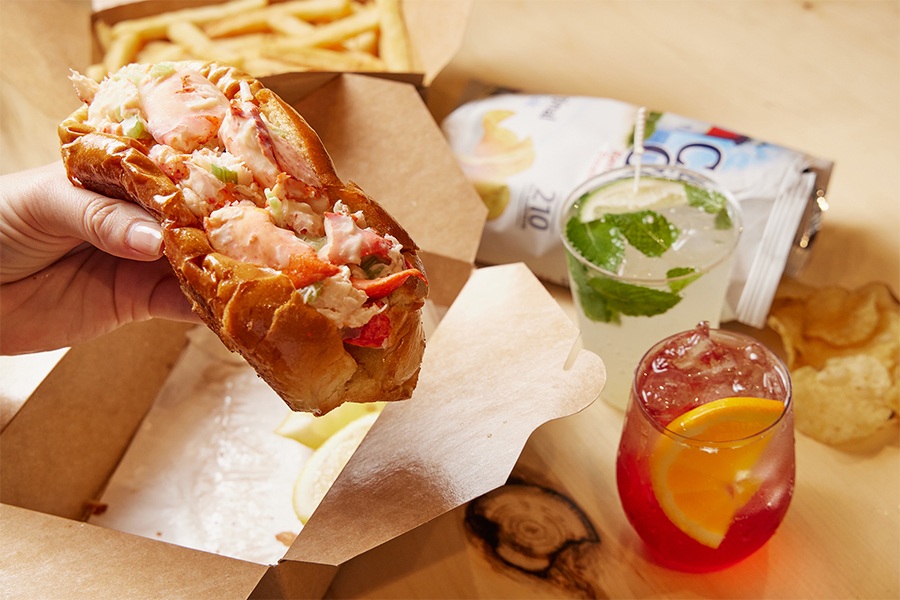 And the connections don’t stop there: There’s plenty of opportunity for cross-market collaborations, Cronin says. The Pine Bar won’t have any of its own food options, but Frattaroli is in talks with prepared-food vendors in the market about offering QR codes or other ordering assists that customers can access from the bar. The Pine Bar will also do all alcohol catering for events at the BPM, and the team plans to eventually host ticketed, beverage-paired dinners in a joint effort with market vendors. Plus, having a bar at Boston Public Market is poised to be a boon for New England’s craft beverage-makers—and the drinkers who love them. “Instead of having to go to Portland or Stowe, you can just come here,” Frattaroli says, “or you might try something here that will make you want to go to those places.”