The new Cambridge restaurant is the brainchild of SRV’s Michael Lombardi. 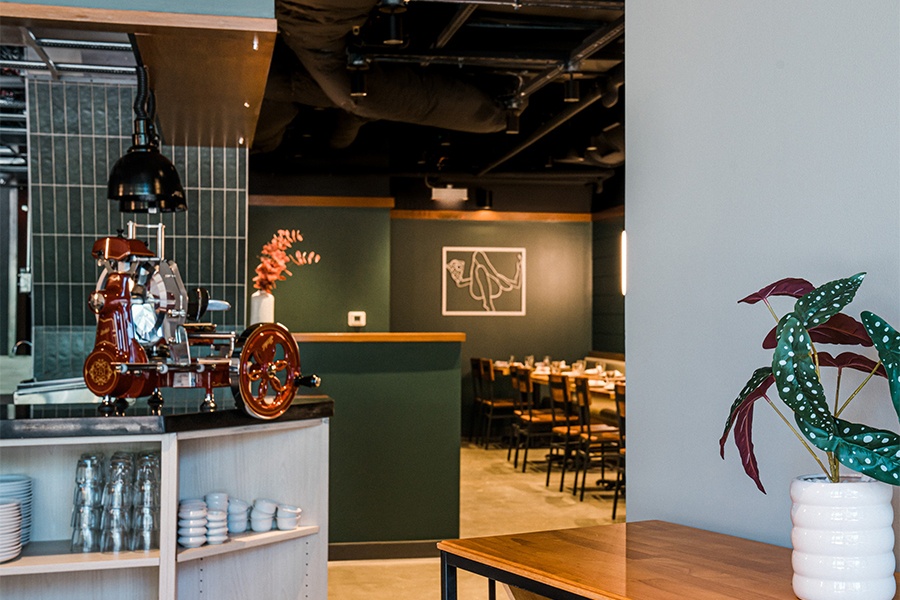 Chef Michael Lombardi is hardly a stranger to buzzy restaurant openings. After all, the Connecticut native—who cut his teeth at hotspots including New York’s Del Posto and the Salty Pig in the Back Bay—is a founding partner at the much-loved Venetian-style bacaro, SRV. Still, welcoming the first diners to Si Cara, a new Cambridge eatery set to debut on August 22, will mark an important achievement in Lombardi’s career: launching his first solo restaurant. “I always thought that [opening my own place] would be the next thing that I did, so I’m happy to be doing it,” he says.

Located on Mass. Ave. in Central Square, Si Cara (Italian for “yes dear”) will focus primarily on canotto-style pizza—a “new-age Neapolitan [pie] with a big, puffy crust,” Lombardi explains. Made from naturally leavened dough with extra yeast and water to produce a softer and airier texture, it’s the type of pizza the chef often makes for himself at home. At Si Cara, varieties include everything from a shrimp-and-zucchini pie, complete with Meyer lemon and salsa verde, to a prosciutto-cotto pizza with potato and black truffle. The restaurant, which will offer both dine-in and takeout service for lunch and dinner, will also serve by-the-slice pan pizza. “Pizza is way more intricate than people give it credit for, and it’s been a really interesting thing for me to explore,” says Lombardi, who grew up eating New Haven-style pies. “I just kind of navigated myself into the canotto realm, which I really enjoy.”

Of course, pizza won’t be the only thing on the menu. In addition to the host of natural wines that will anchor the bar offerings, Lombardi says veggie-fueled side dishes (think: bitter-melon panzanella salad) as well as a small smattering of bar snacks like arancini will help complement the pies. “The menu is [based] around what I like to eat, which is a lot of vegetables and salads,” he says. “I like to have a slice of pizza and then a couple bites of a salad that’s lighter and brighter, so that was the balance I was looking for.”

As for the dining experience itself, expect intimate, pared-down digs that make Lombardi’s cuisine the true star of the show. At 1,500 square feet, the restaurant—housed within a brand-new building—feels “rustic,” the chef says, with exposed, painted pipes running along the purposely unfinished ceiling. The casual vibes continue at ground level with small tables and seating for 55 guests, including an 8-person bar area, plus another 30 seats outside on Si Cara’s street-facing patio. The pizza oven will, of course, be visible for indoor diners, but the eatery won’t otherwise feature many design flourishes. “It’s really about the people who are there—that’s what makes the space special,” Lombardi says. “We put a lot of thought into it, but we also wanted to keep it casual and fun.”

It’s a fitting ethos for the chef, who describes Si Cara’s opening as a “passion project.” “The restaurant is smaller for a reason, and I’m excited about all the things that come with that,” Lombardi says. “One of the taglines we’re using is ‘simple things done well.’ The whole point of this place is not to be overly developed. You should be able to walk in and understand exactly what we’re all about.” 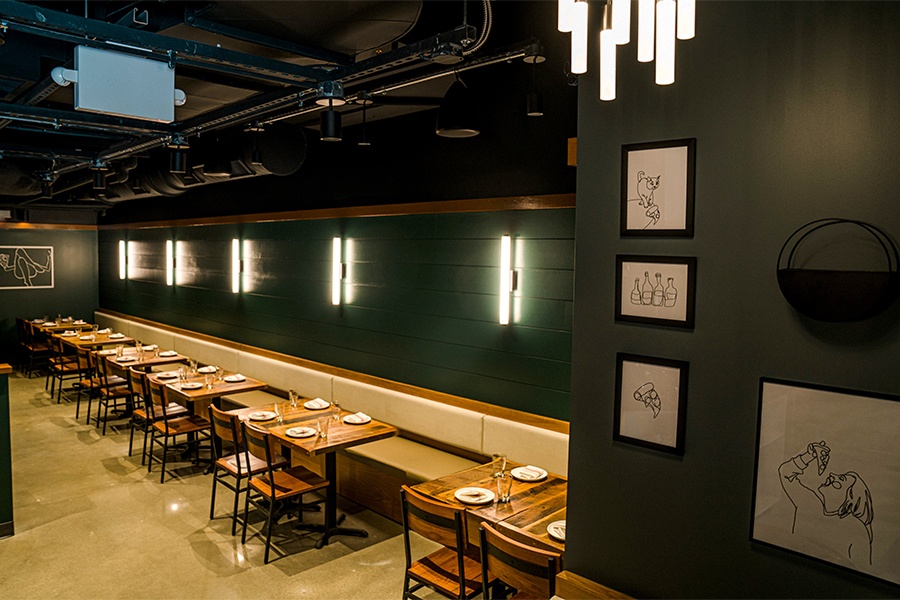 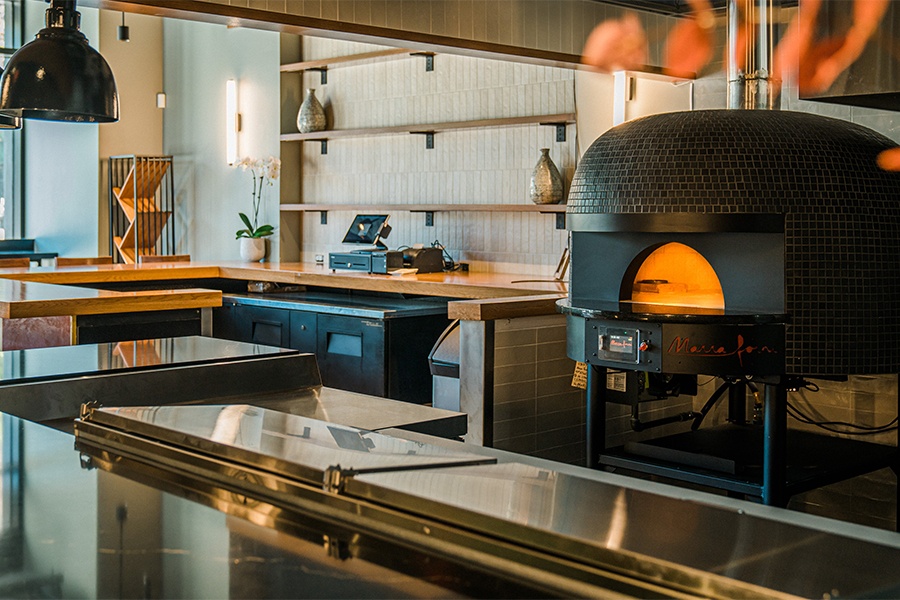 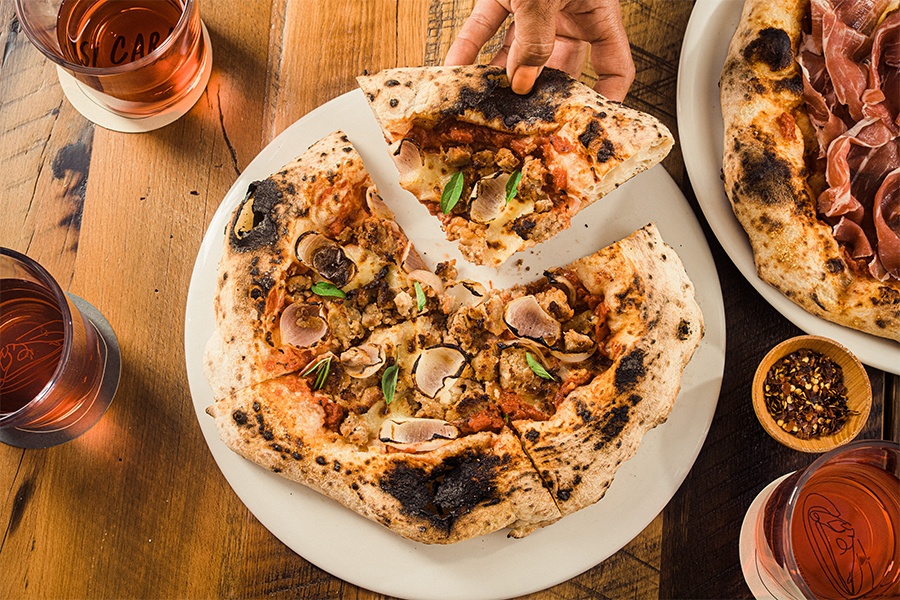