Lambert Givens, the footballer turned Food Network star at Hunter’s Kitchen & Bar, talks taking on one of the biggest names in restaurants. 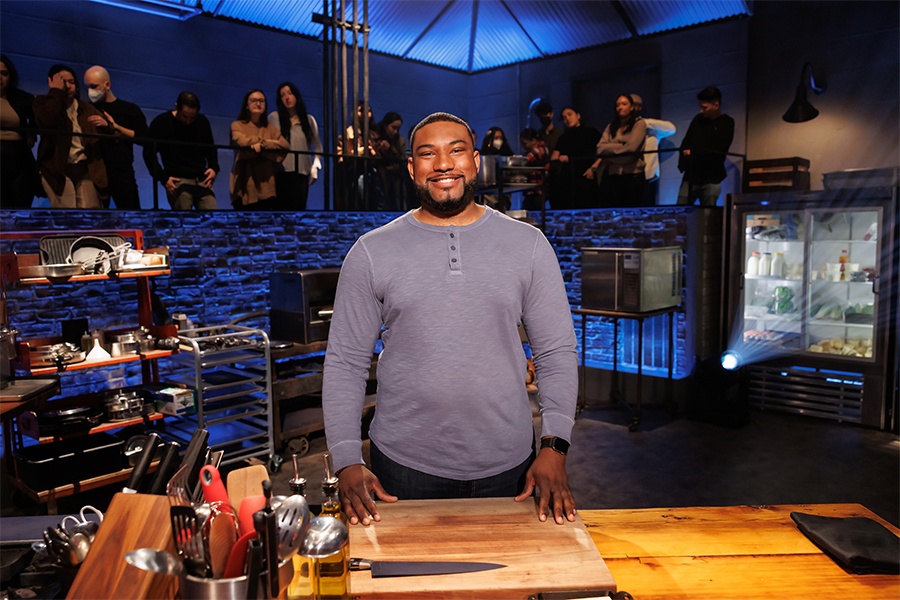 More recently, though, Givens’s competitiveness powered him to victory in a very different arena: Last week he managed to Beat Bobby Flay on the hit Food Network show, a cook-off that pits the titular celebrity restaurateur against a different guest chef in every episode. What was Givens’s game-winning dish? His gumbo, a mainstay on the menu at Hunter’s Kitchen & Bar in South Boston, where the former athlete and current culinarian has been spinning out American South-spanning cuisine ever since the restaurant opened last year. “It’s like being in the Super Bowl,” Givens says of his Beat Bobby Flay experience. “I feel on top of the world.”

For good reason. Boston is a long way from the gumbo-soaked restaurant scene of, say, Louisiana, but Givens’s spicy seafood stew—loaded with crab, shrimp, okra, and andouille sausage—has scored the kind of national bragging rights that puts our city’s Southern cuisine on the map.

Not bad for a guy who grew up in Connecticut, where Givens spent a ton of time learning to cook from his parents and, especially, his grandmother. Today, many of the plates on the menu at Hunter’s—including the gumbo, as well as the collard greens—are cheffed-up versions of the very recipes that Givens’s family brought to New England after moving here from Georgia and Alabama.

Although he inherited that same passion for food early on, it wasn’t always clear that Givens would become a pro chef. In fact, he studied Consumer Science Business at SCSU—although he continued to teach himself to cook using the crockpot, the toaster oven, and the fryer he kept tucked away in his dorm. (“I used to have to hide them during room checks,” Givens adds with a laugh.) After graduation, Givens moved to Quincy to work for a telecom company. He quickly realized, though, that he really wanted to spend his career in kitchens. “Something just clicked,” Givens says. “I was still young enough to be able to change my life, and I knew if I didn’t do it now, I never would.”

Through some contacts in the hospitality world, Givens got a job as a line cook at Capo—an Italian eatery from the Broadway Restaurant Group, the team behind some of Southie’s most popular spots. He worked his way up through Broadway properties, including sushi-oriented Fat Baby and inventive gastropub Lincoln Tavern & Restaurant, before opening Hunter’s as executive chef in August 2021.

It was an exciting anniversary gift when, one year later and armed with one of Hunter’s signature plates, Givens managed to take down Bobby Flay on his home turf. Thanks to all that practice playing football before thousands of stadium spectators, quick-fire cooking for TV cameras and a live studio audience came naturally to Givens, he says—and what’s more, the still early-career chef even got a little behind-the-scenes coaching from one of the biggest names in the biz. “[Bobby] told me there would be tough times,” Givens shares, “but if you stick to it and stay passionate, you’ll get through it.”

That advice echoes the approach Givens takes in the kitchen at Hunter’s, where he taps his football experience to keep his staff on the ball in a high-pressure, fast-hustling industry. “It’s all about the same team values and making sure we work together like a well-oiled machine,” Givens says. “In those moments when you’re tired, you just have to give a little more.”

So what more does Givens want, now that he’s beat one of the best-known chefs in the country at his own game? For one thing, with the kickoff to football season ahead, he hopes that Hunter’s becomes the “number-one spot” for game-day dining; he’d also like to open his own restaurant one day. That said, his competitive streak won’t quit: Givens would love to give Guy Fieri a run for his money on Guy’s Grocery Games (hear that, Food Network?), and if Bobby Flay is ever up for a rematch, he knows exactly which Hunter’s dish he would bring to the table for a second round.

“Our mac ‘n’ cheese,” Givens says, without hesitation. His is a three-cheese blend with shell pasta, topped with a cheddar-biscuit crumble, the chef explains. “And it’s one of the best in the city.” 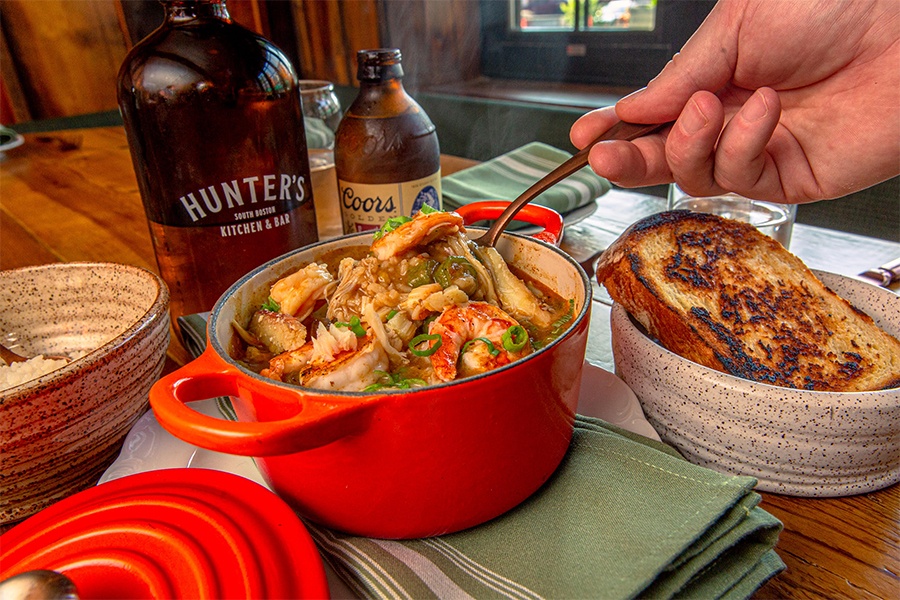