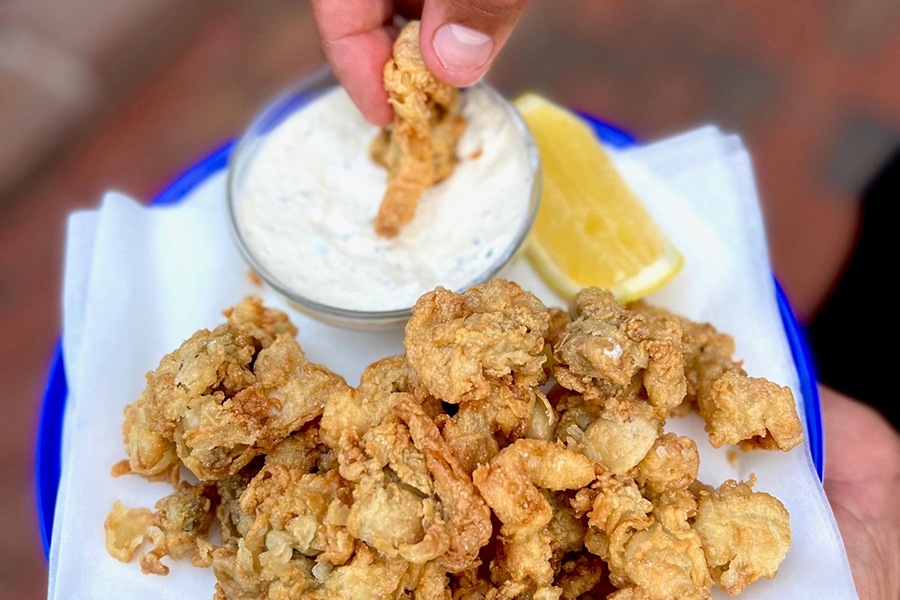 Little Whale Oyster Bar, a New England seafood restaurant, arrives on Newbury Street today, September 12, thanks to a bit of a switcheroo from chef and restaurateur Michael Serpa (Select Oyster Bar, Atlántico). Serpa closed his Parisian-inspired bistro Grand Tour at this location earlier this month to make way for the new spot; Grand Tour had been open for two and a half years.

The opening of Little Whale rounds out Serpa Hospitality Group’s focus on fish, with Back Bay gem Select Oyster Bar serving a Mediterranean-inspired menu and Atlántico gleaning inspiration from the Iberian peninsula for its seafood-heavy selection of small plates and more. Little Whale sticks closer to home with New England-y classics, from clam chowder to lobster rolls (yes, both styles—hot and buttered or cold with mayo). Also on the menu: Ipswich fried clams, crudo, seafood platters, and more. And sure, there’s a bit of beyond-New-England inspiration, too, such as Greek branzino with lentil salad and marinated Portuguese sardine toast.

“I am excited to get back to classic New England seafood dishes,” says Serpa. “Food that makes people smile. Nothing over-complicated—still fresh, light, and all that, but offering the kind of familiar food that sometimes you just find yourself craving.” (He’s particularly excited about the fried clams.)

Got a big crew? Little Whale is also serving family-style lobster clambakes for groups of eight to 12; email the restaurant at least 24 hours ahead of time to reserve. They’re served on the restaurant’s upper level. “We hope this takes off and will be a fun way to party with us,” says Serpa.

To drink, Little Whale is featuring a global selection of wines meant to play nicely with seafood, particularly Champagnes, crisp whites, and lighter reds, as well as some local beers. 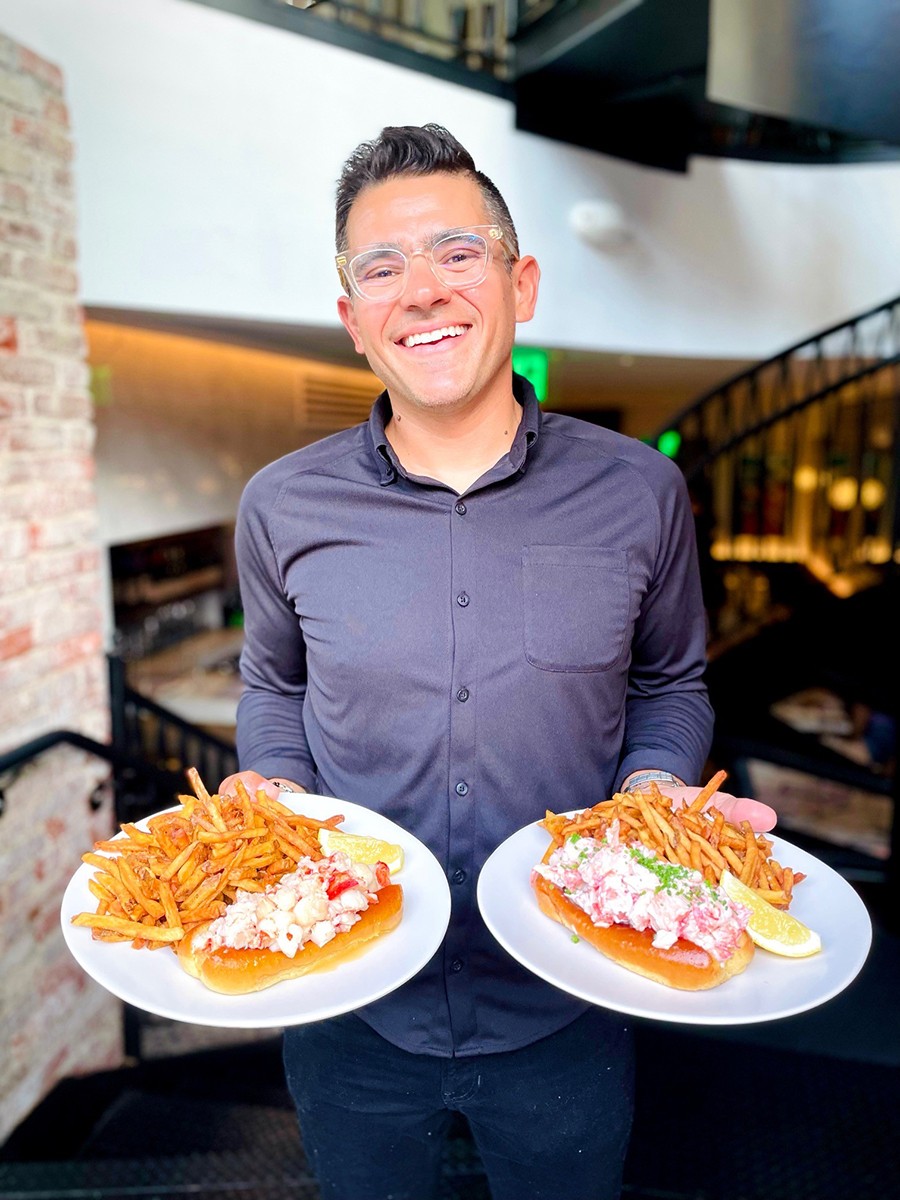 While Grand Tour served desirable French bistro fare and had started building up a solid fanbase, its opening was unfortunately timed, debuting just six weeks before the first COVID shutdown. Between that and another hiatus later in the pandemic, the restaurant struggled to gain traction, Serpa says. “Earlier this summer, I decided that if we were going to make the space work and build the business, we needed to refresh it. A new menu, a few updates to the space, keeping all our staff on board, and Little Whale will be the result of that.”

But don’t worry: Some Grand Tour favorites will still be on the menu, including the popular steak frites. “Love that dish,” says Serpa. The roasted cauliflower, the Maine mussels, and the broccolini with pickled Fresno chilis and white anchovies are also sticking around, as is the luxurious caviar omelet “because you can never go wrong with that,” says Serpa.