Hustle through the menu of scratch-made pastas, huge salads, and “Italian-American-ish” delights. 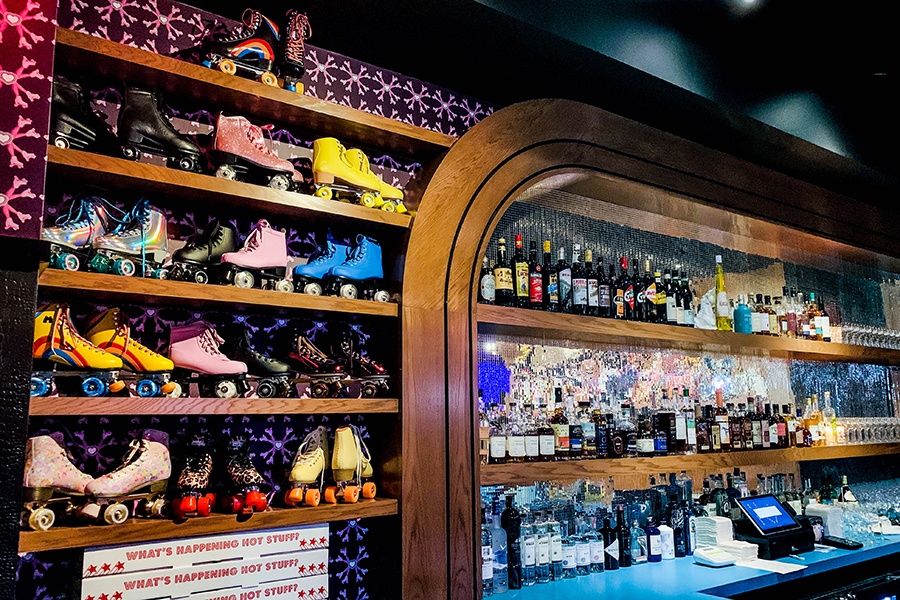 Good luck keeping a straight face as you boogie on through the front doors of Tenderoni’s once it opens on November 25. Just what sparks that first knee-jerk smile when you enter the ’70s and ’80s roller-disco-themed affair, the latest venture from chef and restaurateur Tiffani Faison and her restaurant group, Big Heart Hospitality? Could be the three ginormous custom disco balls hanging from the ceiling. Or the shelf of roller skates by the shimmery front bar. Then there are the retro-colored lines painted on the floor—and the disco elephant host stand that regulars of the well-loved Tiger Mama, Faison’s former restaurant in this space, will recognize. Or maybe it’s less a specific sight and more the vibe, with the soundtrack and lights and glitter all fusing into a palpable party feeling, like you have hours to kill before curfew and no parents in sight.

“If you walk into the space and you’re not immediately ready to have fun, you’re not capable of having fun,” Faison says with a laugh. “We kind of take ourselves a little too seriously in Boston, and I’m always trying to remind myself and hopefully remind others to have fun.” 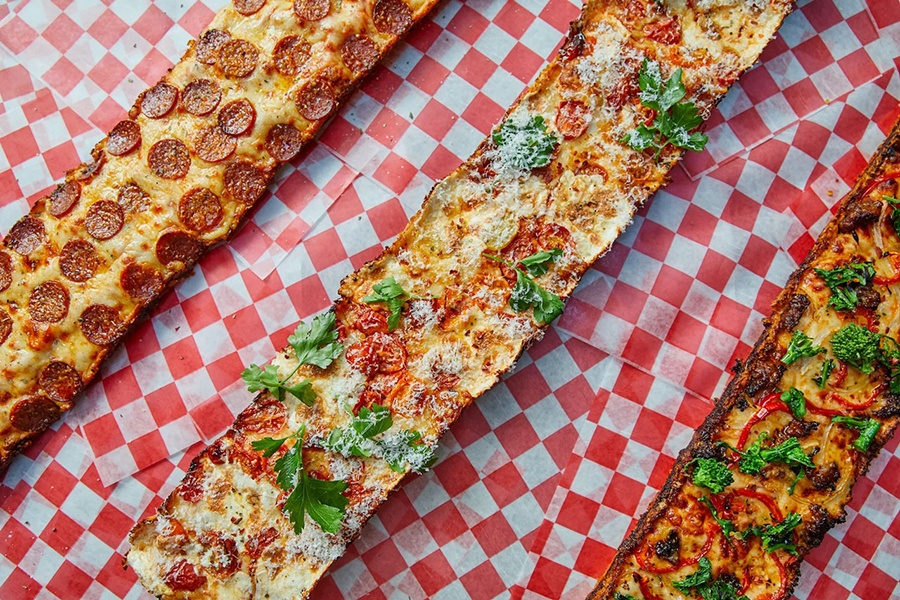 For all the irreverence of the surroundings, though, Faison and the team take execution of the casual “Italian-American-ish” food seriously. The concept and some of the menu will be familiar to those who hit Tenderoni’s first location in the downtown food hall High Street Place. “High Street was an opportunity to do it quicker and to get it out there,” she says of the Tenderoni’s brand. “For me, it was always gonna be a freestanding, larger restaurant.” 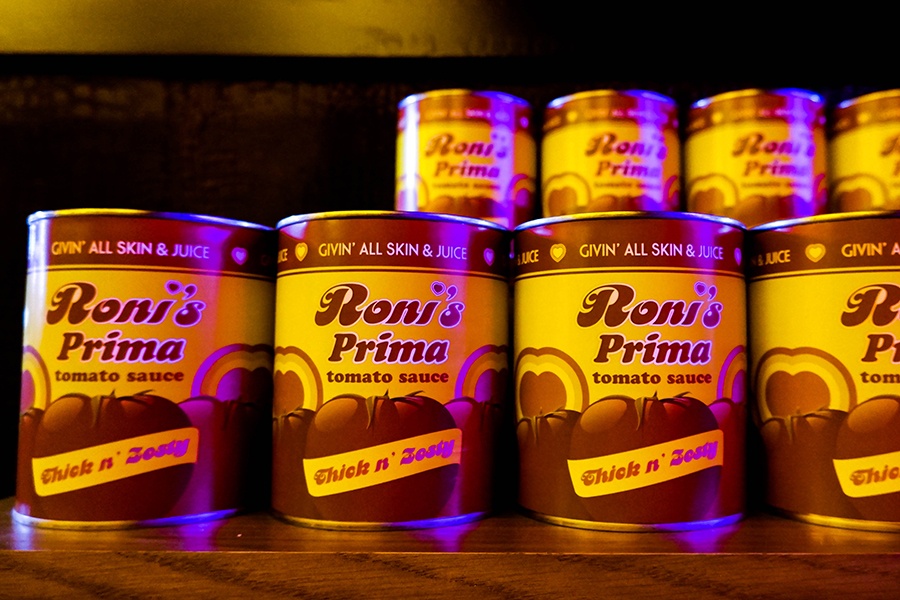 While the High Street Place outpost is a kind of Pizza Hut pastiche, the Fenway mothership mines deeper, pulling from the roller rinks and bowling alleys on the army bases of Faison’s youth, which was spent bouncing around with her military family. That’s not to say the younger crowd—whose only experience with the ’80s may be bingeing Stranger Things—will miss out on the fun. Tenderoni’s isn’t a time capsule to a specific time period; it’s nostalgia for raucous nights hanging with friends, when the most important decision was pizza toppings.

The team, with Cambridge-based architecture firm PCA, reimagined the 140-seat restaurant and its two bars with lots of vintage-inspired wood paneling, custom wallpaper, and animal prints everywhere. Diners can roll up to the turquoise-topped front bar and toss back cocktails between rounds of Hungry Hungry Hippos and Operation. The front bar boasts a wall of photos sourced by rock historian David Bieber—who also worked on the nearby Verb Hotel—from his extensive archive. From Elton John to Grace Jones to Culture Club, the imagery throughout celebrates ’70s and ’80s music icons and queer artists. And then there’s the red-lit, cruisey-chic men’s room, which features images of the Village People on the stall walls, a hilarious hat-tip to disco’s place in queer history. 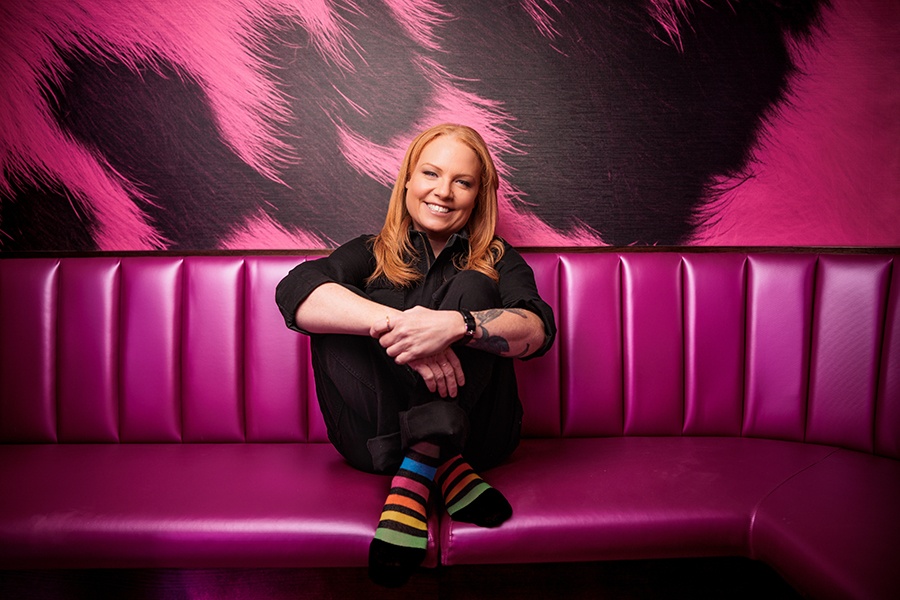 Elsewhere, diners can sit at high-tops or standard tables or cozy up in one of the many booths; a fuchsia-upholstered booth against the fuchsia-leopard-print wallpaper is an especially electric spot. A rolling door emblazoned with an image of Dorchester-born disco deity Donna Summer can section off the rear of the dining room, a second bar, and a chef’s table into a space for private events. All this under a glowing sign on the ceiling that says—what else?—“Cheesy.”

Beyond the kitsch, there’s plenty of actual cheese. Take the beautifully crunchy burnt Parm adorning the pizzas, which spin in the spotlight here, like at High Street Place. On offer are both smaller versions and two-and-a-half-foot-long beauties cooked in custom pans, which will be especially enjoyable shared with friends during the drag brunches that will launch in the new year. And do take a cue from Ms. “I need some hot stuff, baby, tonight” Summer and drizzle your slices with house-made hot honey. 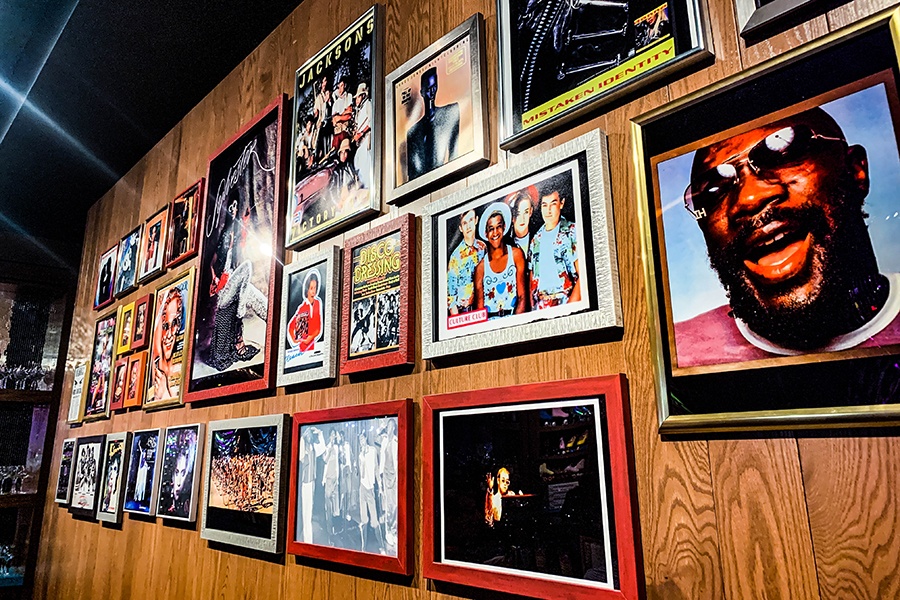 Faison and Dan Raia, Big Heart’s longtime culinary director, crank up the volume with other dishes, too. Along with burrata-and-marsala pizza, new offerings on the menu of appetizers, generous salads, pizzas, scratch-made pastas, and dinner entrees include the “old man clams.” A take on what Faison’s and Raia’s dads and grandfathers would eat, it’s a fennel-packed dish that’s heavy on the aromatics and garlic. The cacciatore, too, upends a well-known dish, featuring brined swordfish in place of the usual chicken. “What I wanted was something that felt like it was taking the idea of casual Italian food and injecting that level of fun and irreverence,” Faison says. “Really using whatever ingredients we want.” 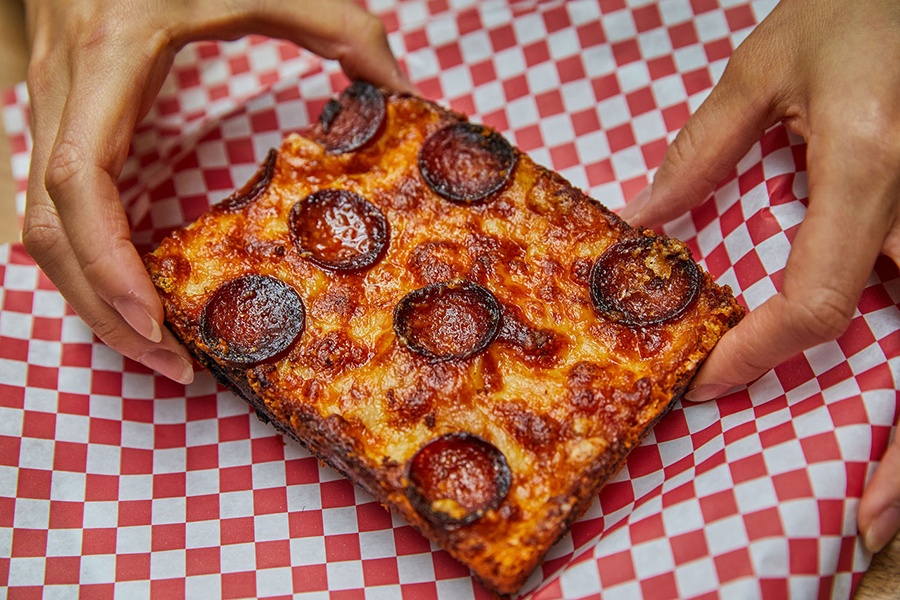 Wash it all down with a 1363 cocktail showcasing vodka, Aperol, elderflower, lime, and a sweet-sour zing of passionfruit. Formerly known as the Da Nang at Tiger Mama, it’s a highlight on Rob Boudreau’s cocktail menu, which also includes libations bottled and canned in-house.

Much like other Big Heart joints, a visit should include a spin down pastry chef Dee Steffen Chinn’s dessert menu. Faison describes the selection as “resurrected from, but also saved from, the ’70s and ’80s.” Meaning, no to dubious fruit salad floating in gelatin molds, but a big yes to soft-serve sundaes with dipped cones, plus a maraschino-topped pistachio cake that’s the color of the fridge on The Brady Bunch. 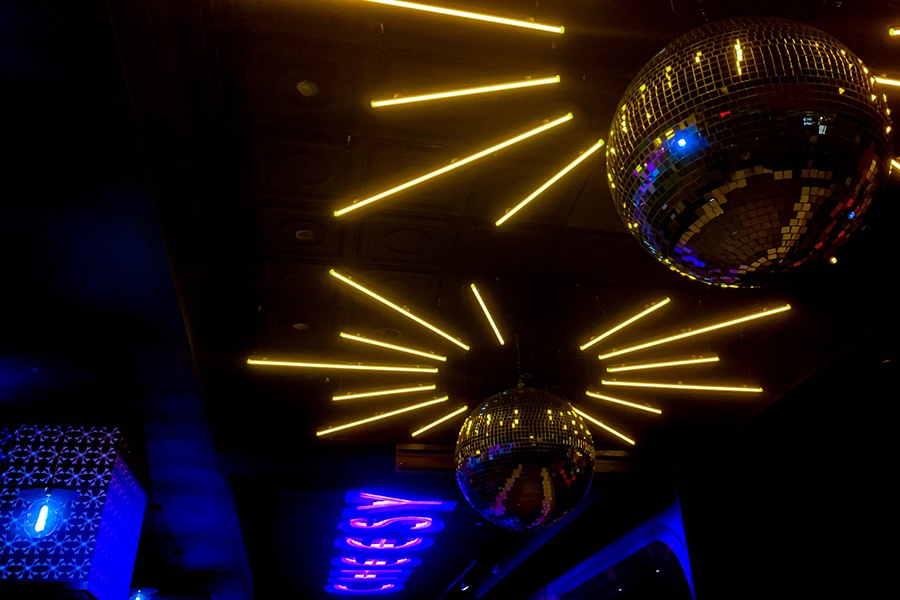 Leave the roller skates at home, but do hustle up some friends, slip into something sparkly, and bump on in for some bites. We’re finally ready to party.

Tenderoni’s will be open for dinner seven days a week. Lunch from the takeout window will launch in December, with drag brunch debuting in the new year. 1363 Boylston St., Boston, 617-425-6262, tenderonis.com.