The menu at the tiny new location, now open in the former S&I Thai space, features dishes from the Isan region. 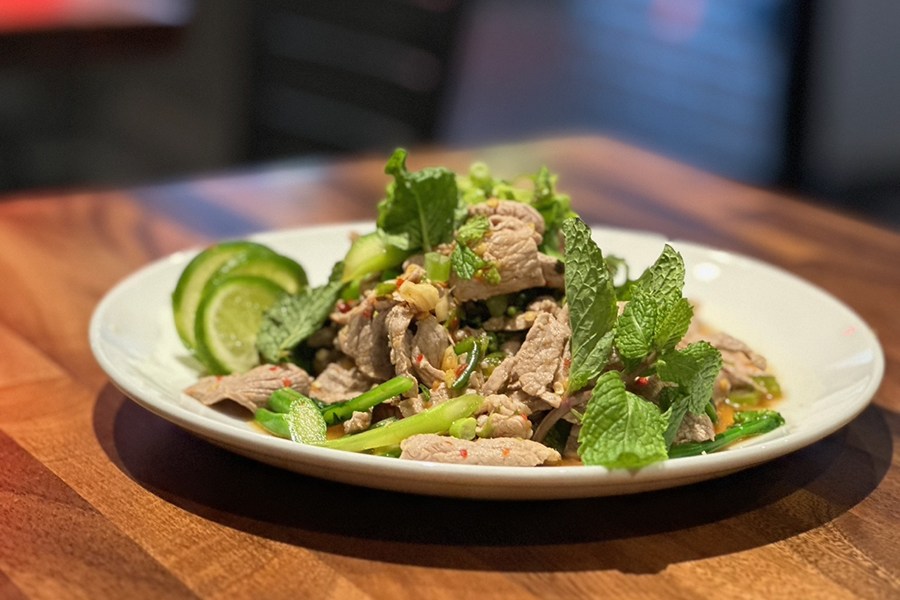 When one door closes, another one opens: In this case, the closure of one of Boston’s most beloved Thai restaurants is bringing a different—and exciting—Thai option to the neighborhood. Laughing Monk Cafe, which is known for both Thai food and sushi at its Mission Hill and Wellesley locations, has just opened in Allston, in the recently vacated S&I Thai space. Here, the team is focusing exclusively on cuisine from Thailand’s Isan (northeastern) region, which tends to highlight fiery and herb-y flavors, often complemented by the salty funkiness of fermented fish. Notable dishes include lots of grilled meats, meaty salads called larb, papaya salad, and sticky rice. (By the way, this means that there is no sushi at this Laughing Monk Cafe location.) 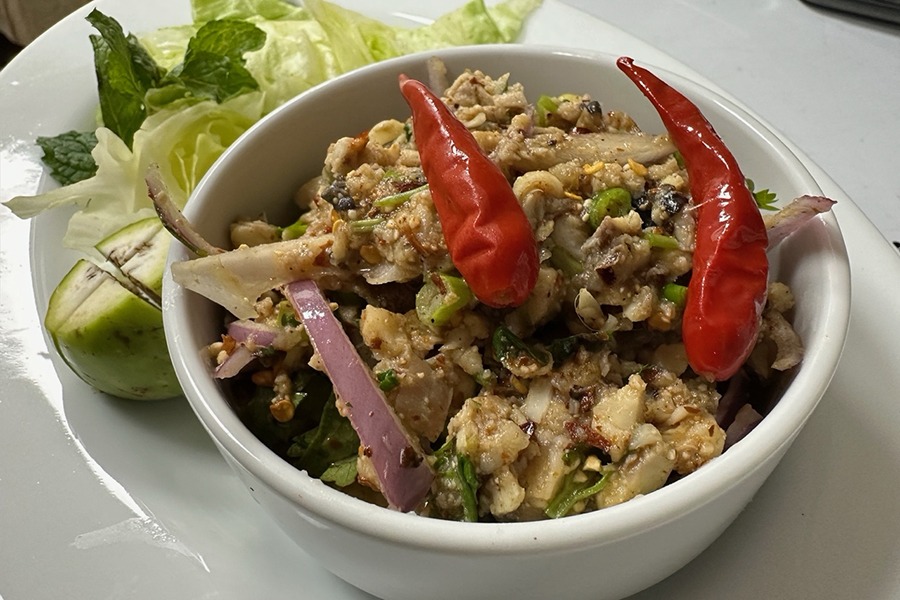 Isan cuisine isn’t entirely unknown in the Boston restaurant scene; you’ll find hints of it on various menus, such as at Brighton’s Thai North, which features specials from several northern Thai areas, and at Cambridge’s Sugar & Spice, whose giant menu is broken down into the dishes of various regions. The new Laughing Monk Cafe location’s laser focus on the Isan region, though, is fairly unique to Boston, and the team hopes that everyone will find something to love, whether or not you’re already familiar with Isan cuisine. 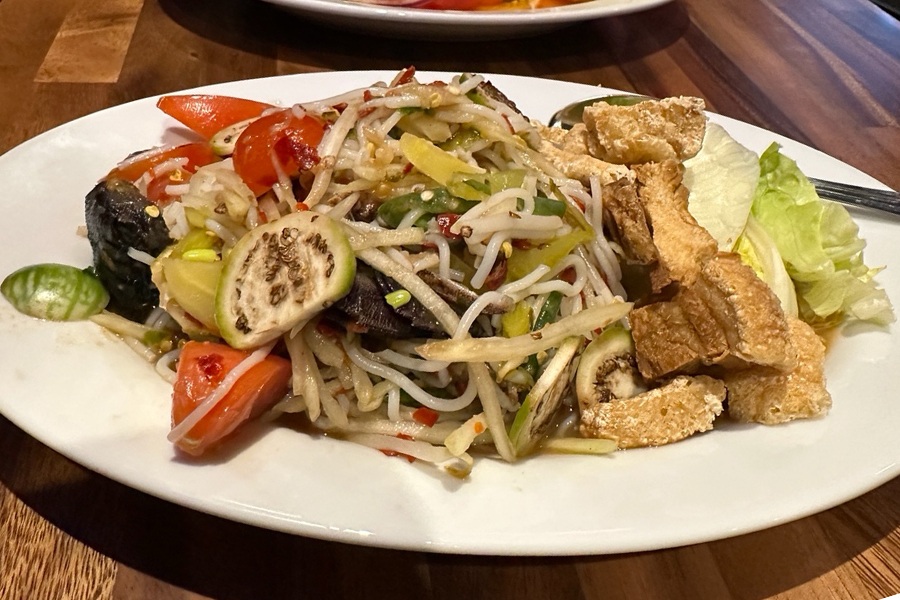 Where to start? “We would like to recommend som tum (papaya salad) and the nam prik pla ra set, which is tasty and low-calorie,” says owner Dome Nakapakorn, describing the latter as a set of assorted vegetables with “scrumptious” fermented fish dipping sauce and “fragrant” white rice. “We would like to invite adventurous foodies to taste our Isan dishes the way they are prepared in the northeast of Thailand, without any alterations,” Nakapakorn says. 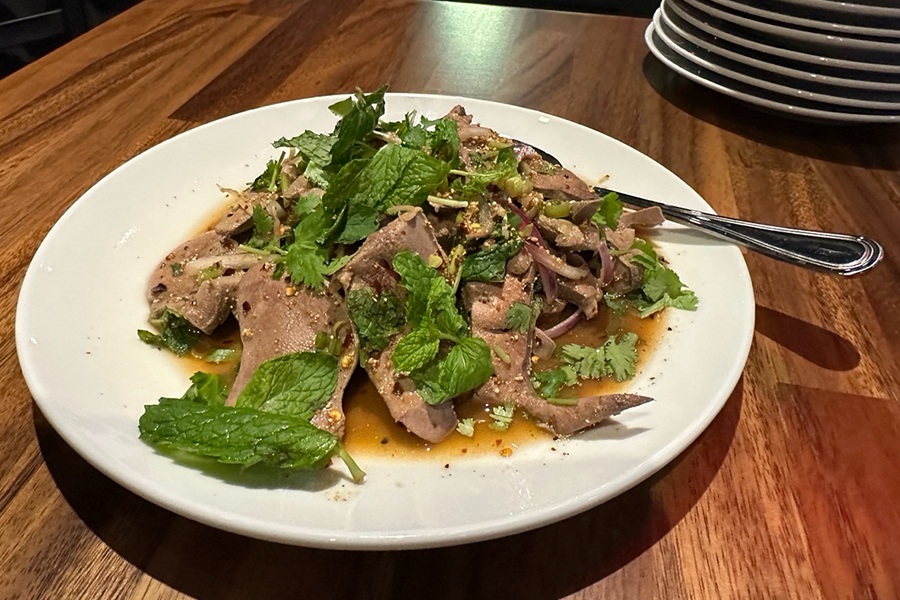 The new project came about because the owners of S&I wanted to retire after many years in business, Nakapakorn says. “We happened to be in the circle of Thai friends, so we jumped in to take over the business.” The focus on Isan cuisine, meanwhile, was to “honor chef Nick [Korboon]’s birthplace,” Nakapakorn explains, also noting the lack of Isan food in Boston. “We’re fortunate to have chefs Paula [Boontee] and Now [Jitkasemphong], who are also natives from that region, join our team, so we’re able to ensure our commitment to serve traditional dishes as authentically as possible.”

The tiny restaurant only seats 12 (but takeout is available), and this location does not currently serve alcohol. Stop by for lunch or dinner Tuesday through Sunday.