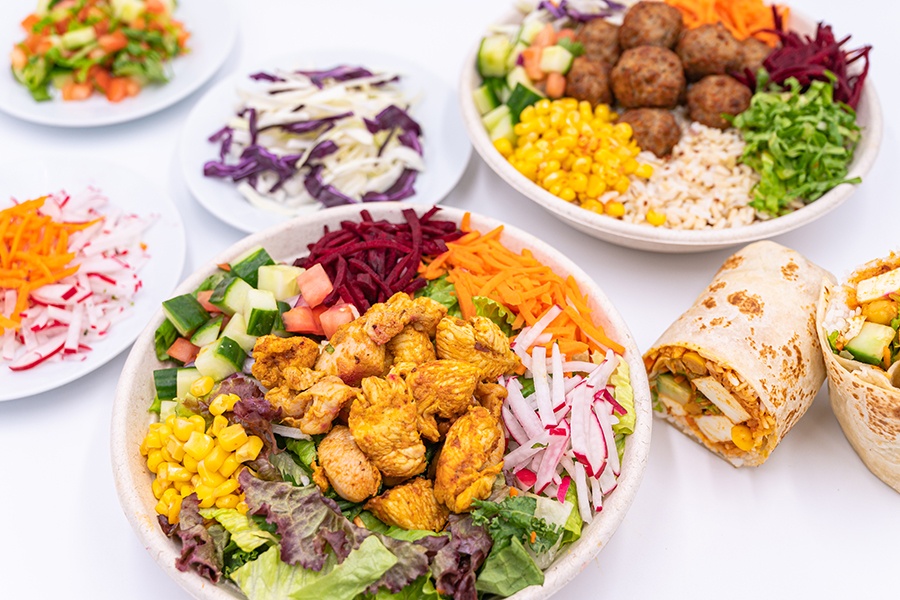 When you walk into Wow Tikka (stylized as Wow!!Tikka), the tantalizing scent of zesty, warm spices welcomes you. The cozy, casual Indian restaurant opened on December 7 on Fenway’s “Restaurant Row,” taking a spot next to some neighborhood favorites on the jam-packed dining strip of Peterborough Street. The new restaurant serves bowl-style entrees and small plates covering a broad interpretation of dishes within Indian cuisine.

Owners and business partners Gopi Nair and Kannan Kesavalu, who both attended culinary school in India, each have 25 years of experience in the restaurant and hospitality industry. Nair completed an MBA at University of North Carolina and then worked in restaurants in Connecticut and New York, including Tikkaway Grill in New Haven; Kesavalu cheffed up bulk-style meals for airlines, cruises, and luxury hotel groups in Boston before opening his own restaurants in Massachusetts, including Madras Grill and India Kitchen. The duo’s extensive experience cooking and selling Indian food in the United States has led to their bigger goal of opening a fast-food-style Indian restaurant together. 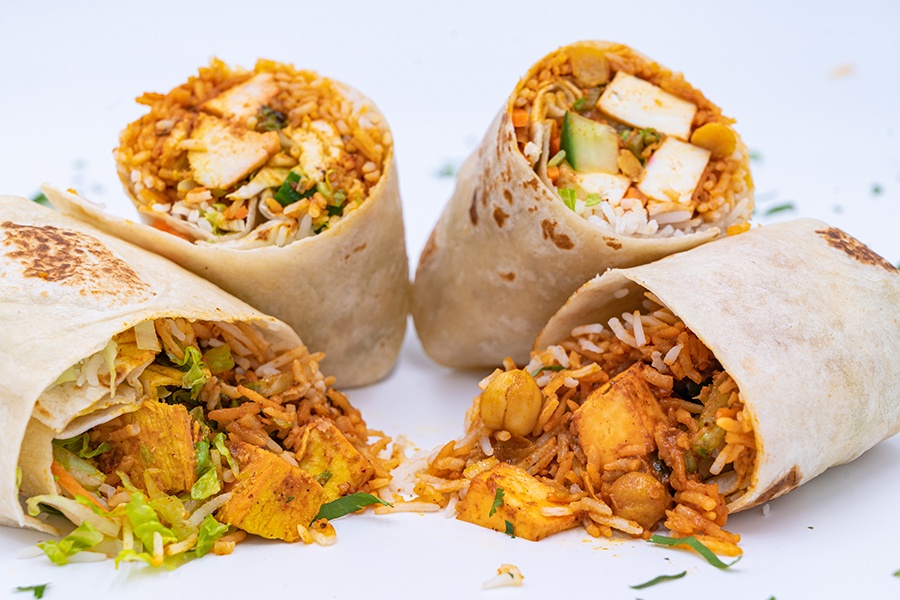 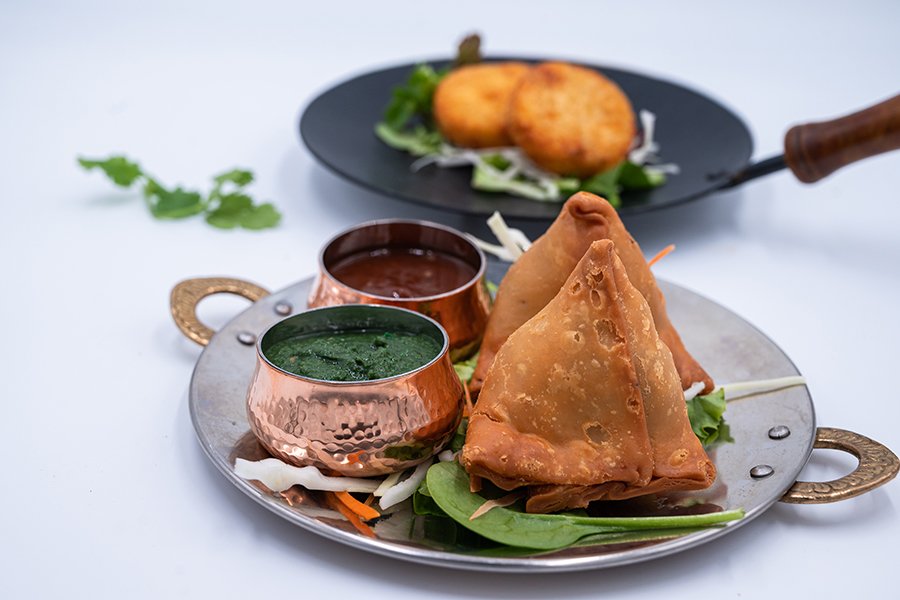 “We are bringing all of our knowledge of Indian food and packaging it in a way that an average John or Jane Doe can come in and enjoy the flavors,” says Nair. “Taking all the mystery out of Indian cuisine is a challenge by itself, one that we aim to solve.”

The main focus—and, so far, the best-selling items—are customizable bowls, wraps, or salads. Customers choose from protein options such as lamb kofta, beef, or vegetable meatballs; chana (chickpeas); or chicken. Next: a choice of five sauces, including tikka masala, spicy vindaloo, and mango curry. The sauces, and many other items on the menu, are gluten-free; there are also ample vegetarian and vegan options. 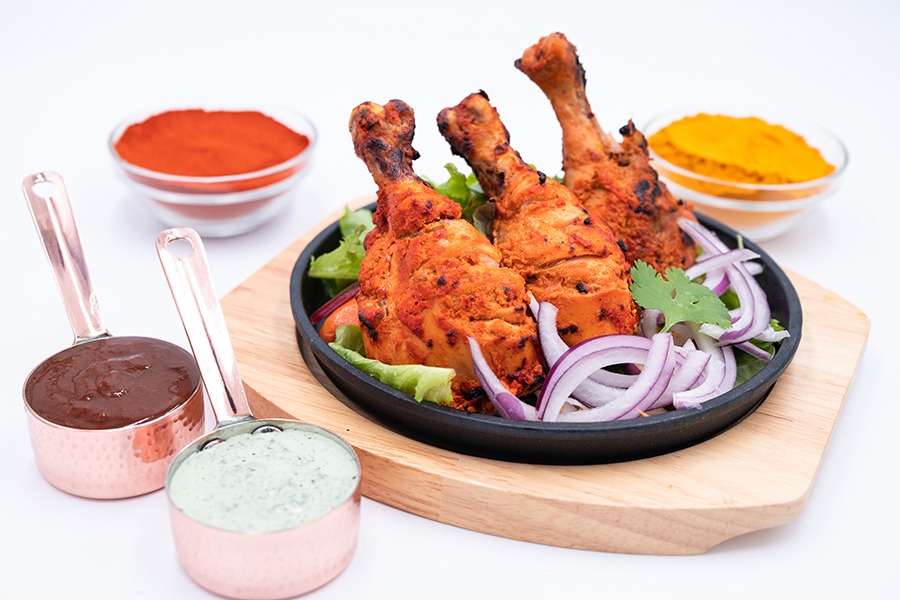 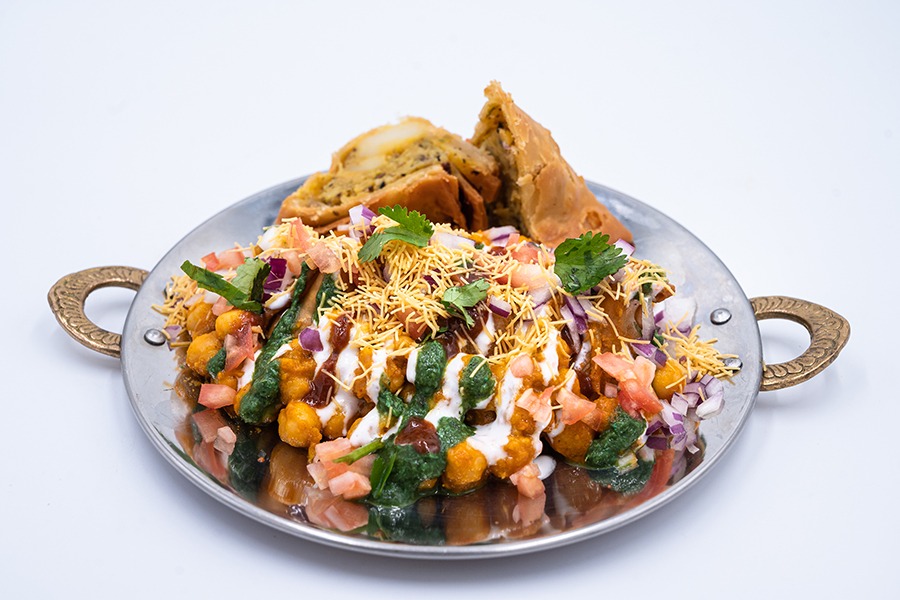 Aside from the hearty bowls, Wow Tikka offers an array of smaller plates, such as fall-off-the-bone chicken tandoori drumsticks, Desi loaded fries topped with chicken or paneer, and naan kati rolls—small wraps stuffed with chicken or paneer, masala sauce, red onions, cilantro, and mint sauce. Spice levels are customizable on every dish, and flavors are sure to pack a punch.

Whatever dish you choose will pair well with a refreshing turmeric chai latte or creamy, house-made mango lassi to drink. Make sure to save space for sweets, because Wow Tikka impresses with dessert offerings like ras malai, cheese cakes in sweetened milk, and gulab jamun, milk balls drenched in sweetened syrup. 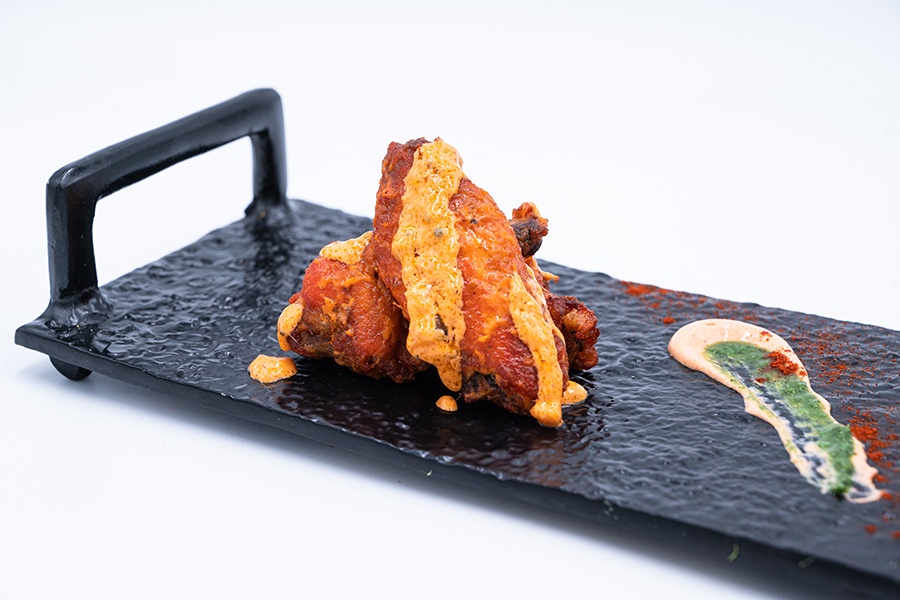 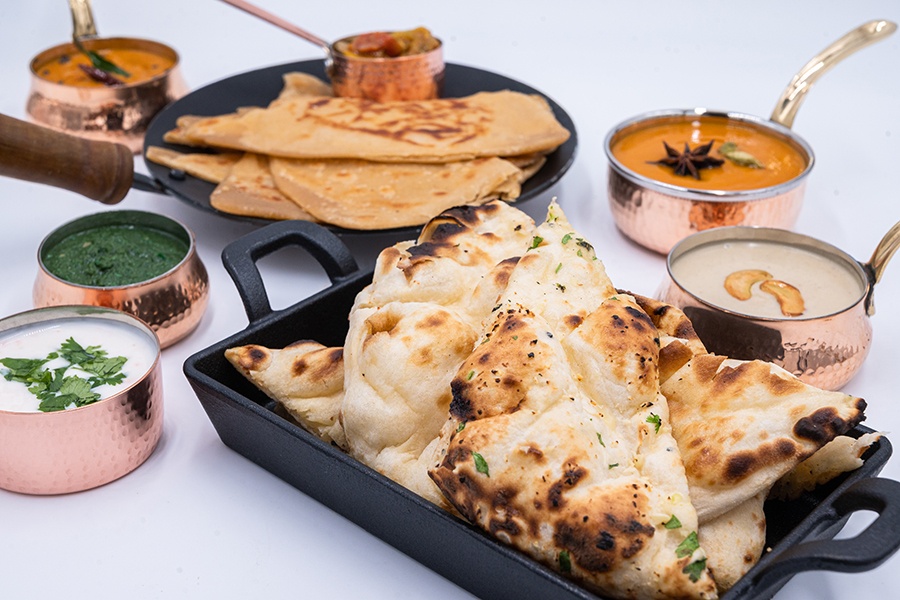 Naan, tawa paratha, and a variety of sauces at Wow Tikka. / Photo courtesy of Wow Tikka

“The uniqueness of Wow Tikka is the fact that it is not region-specific,” says Nair. “If we were to focus on just one region of India, that’d be unfair to the depth and breadth of the cuisine that the whole country has to offer.” The menu’s simplicity does not limit its variety, truly showcasing the versatile skills of Wow Tikka’s kitchen.

“I recreate my recipes and then update those recipes all the time depending on the tastes that people are looking for,” says Kesavalu. “I don’t want to mild out the Indian authenticity—but we want to keep the authenticity while making it more viable for everyone to try it.” 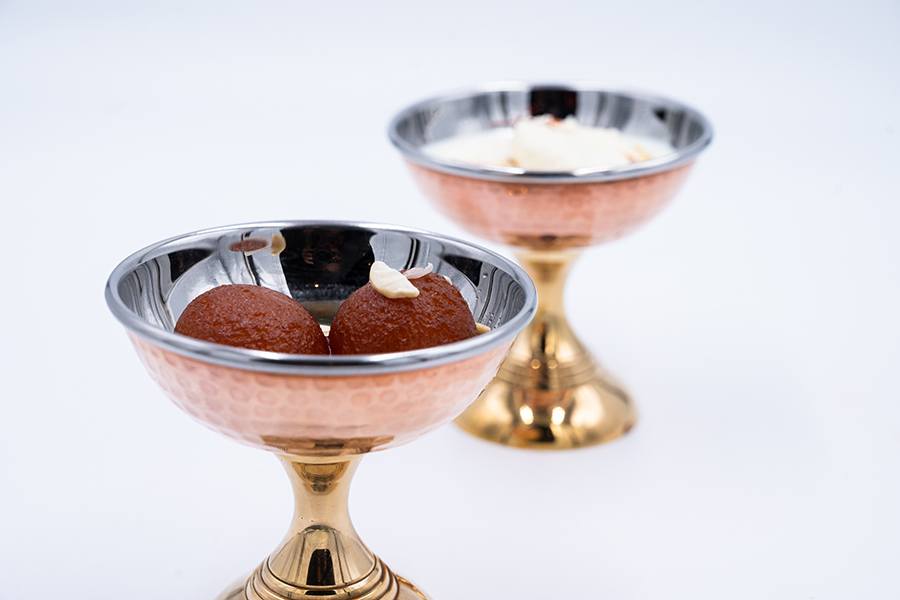 When Nair and Kesavalu quietly opened the doors earlier this month, the intention was to test out dishes with customers and gauge the capabilities of the kitchen before the full launch. The early days have already seen plenty of folks from the neighborhood and other local passersby stopping in, and it’s clear Wow Tikka is poised to become a Fenway fixture.

“The group sitting over there earlier,” says Nair, motioning to a table of four, “told me that it was their first time ever trying Indian food.” Just days in, it seems Wow Tikka is already hitting its stride. “This is why we do what we do.”