Sugar and spice and everything nice.

Okay, urbanites: If you want to go fill a peck of fresh-plucked fruit, we’ve got you covered with this list of area orchards that are ripe for the apple-picking. That said, if you’re simply craving some of those fresh-baked apple cider doughnuts that tend to cap off every farm trip, you hardly need to travel far. In fact, we’ve rustled up a bushel of restaurants and doughnut shops that sell them right now—check them out below, and keep an eye on some of our other favorite doughnut shops, where even more options may appear. 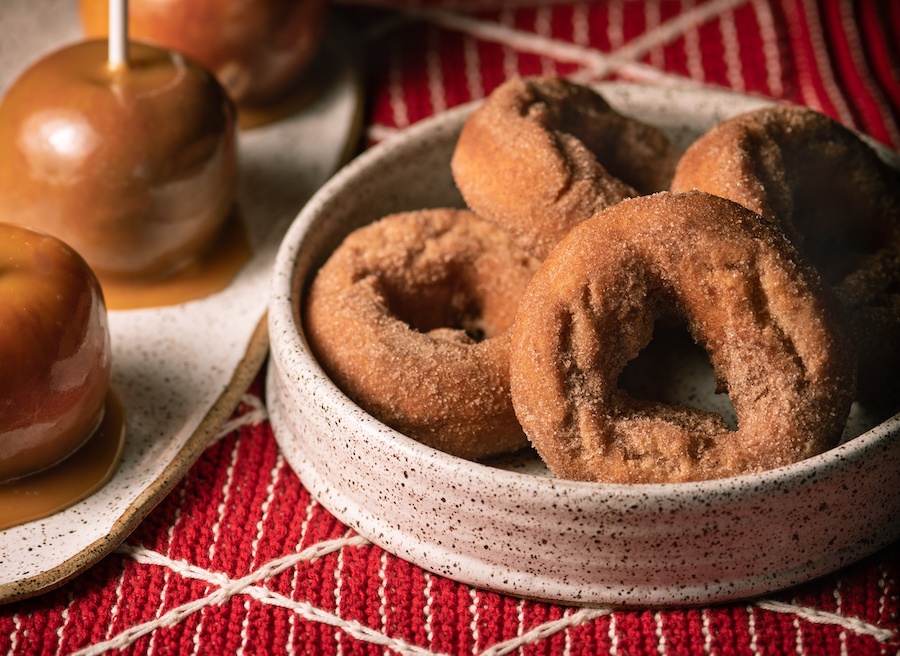 The fall nights are getting crisp, but that’s just an excuse to get cozy on Bambara’s heater-equipped patio. The restaurant is providing blankets for guests to use during dinner service, which is when you’ll find chef David Bazirgan’s apple cider beignets topped with cider caramel glaze and accompanied by calvados crème anglaise. Order an extra few to take home, or just plan to walk away with some caramel apple skewers; Bazirgan is doling them out to diners as complimentary take-home treats. Blackbird’s old-fashioned, spiced cake doughnuts is rolled in cinnamon sugar for the autumnal treatment; there’s also a vegan version topped with an apple cider glaze. Whichever treat you elect to eat, just try to not get crumbs on your new “Doughnuts and Democracy” t-shirt, which the baker is selling all month long to raise funds for votesaveamerica.com. 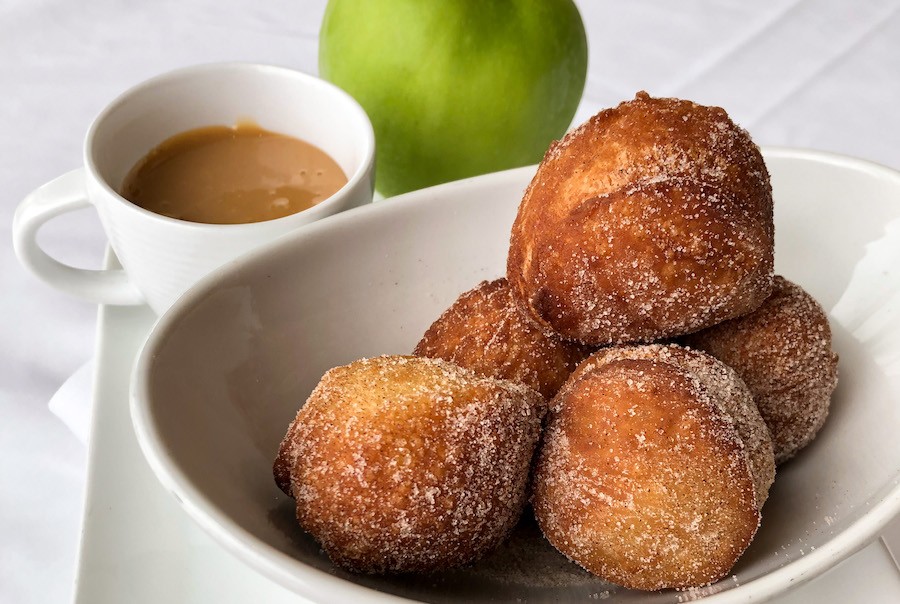 A northern Italian steakhouse is probably not the first place you expect to find a staple of New England autumns, but—surprise! Through November, the dessert cart at Davio’s Chestnut Hill location will be featuring brioche apple cider doughnuts accompanied by warm dulce de leche. Mangia! Or as we say in Massachusetts, eat up, kehd. 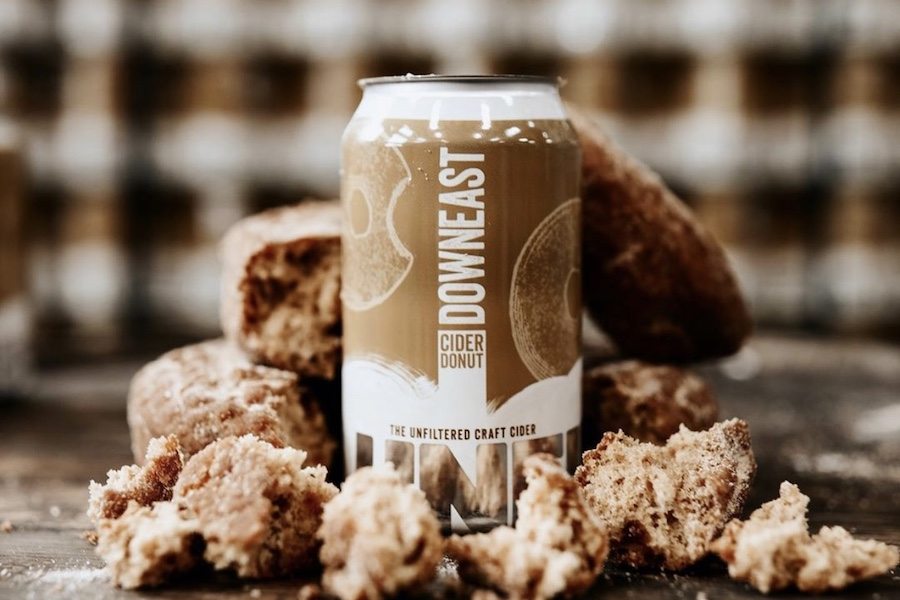 Ever want to drink a doughnut? The only acceptable answer is yes—and the only place to find Downeast Cider’s new Cider Donut release is Time Out Market. The food hall is the only place in Massachusetts to have kegs of the highly coveted new release: fresh pressed cider with vanilla, cinnamon, and brown sugar. But move fast: The first canned run sold out at Downeast’s taproom in just three hours, so it’s only a matter of time before the kegs are tapped, too. 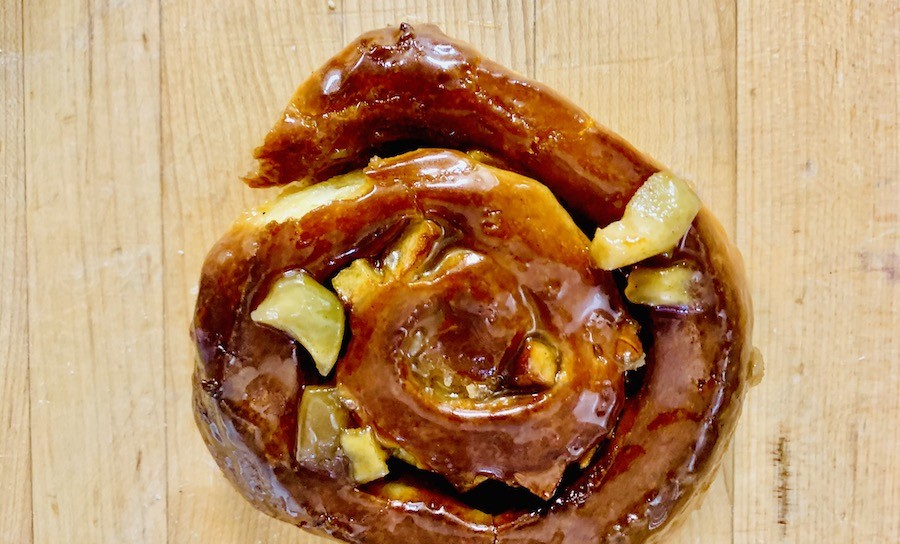 Luckily for your Instagram aesthetic, flannel shirts-overalls ensembles look just as appropriate at a craft cocktail bar as at an apple orchard. So get thee to legendary restaurateur Barbara Lynch’s Fort Point favorite Drink: There, you can sip some kind of warming, whiskey-based nightcap while munching on just-added cider doughnuts with caramel-toffee dipping sauce. Need something to accompany your morning coffee, instead? Head to Lynch’s Butcher Shop in the South End, which has been offering an apple cider-inspired take on a sticky bun (pictured) during a.m. hours. 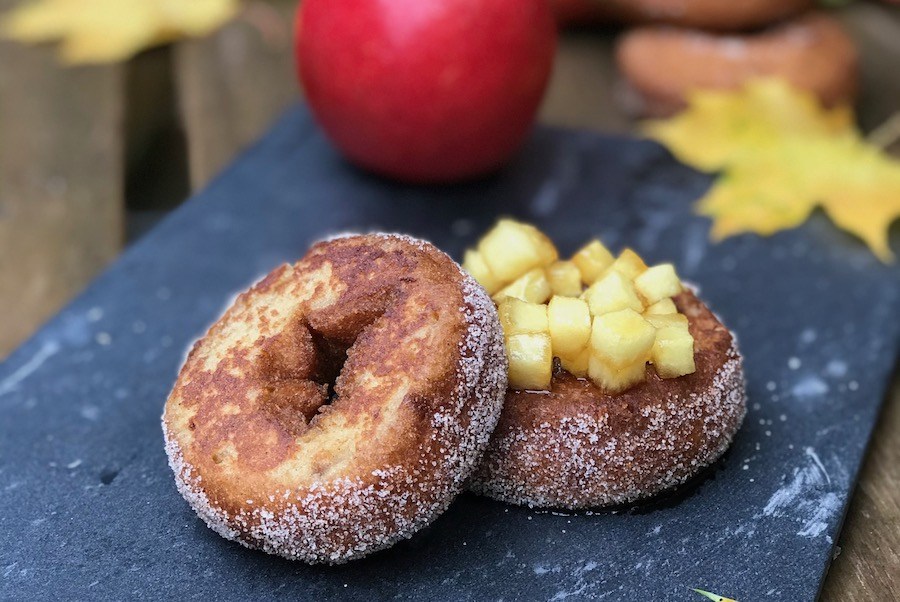 Pastry chef Josh Livsey made it to the finals of the Food Network’s Best Baker in America competition, and those who have explored his whimsical desserts at Harvest, a fine-dining destination in Harvard Square, understand why. But Livsey is also known for doing amazing things with the relatively humble doughnut—and the latest example is his apple cider iteration, a brunch-menu addition that is made French toast-style and topped with diced caramelized apples. 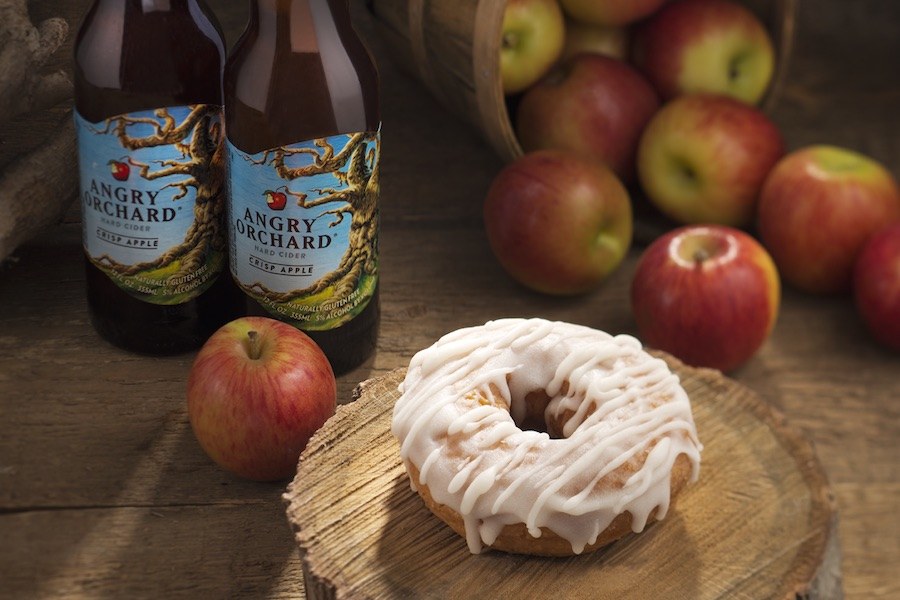 Hard cider is, of course, the most appropriate beverage pairing when munching on a cider doughnut. So we suggest you swing by a Kane’s location on the way to a packie: The cult-fave maker has just released its special October flavor, a cake-style apple cider doughnut dipped in a honey glaze with reduced Angry Orchard hard cider. Sure, you could head to Red Apple’s pick-your-own farm in Phillipston, Mass. But you could also simply head to its stall at the Boston Public Market, where its “mini” rings of fried dough are sold individually or by the dozen. Opt for the classic, rolled in cinnamon sugar; a cider glazed variation; or rotating specials imbued with maple and other seasonal flavors. There’s a cider bar of specialty drinks, or you can take home a pint of the farm’s fresh-pressed cider to spike with spicy rum at home.