The Best Boston Sports Bars for Watching the Playoffs

Don't have a ticket but want to feel close to the action? Here's where to go. 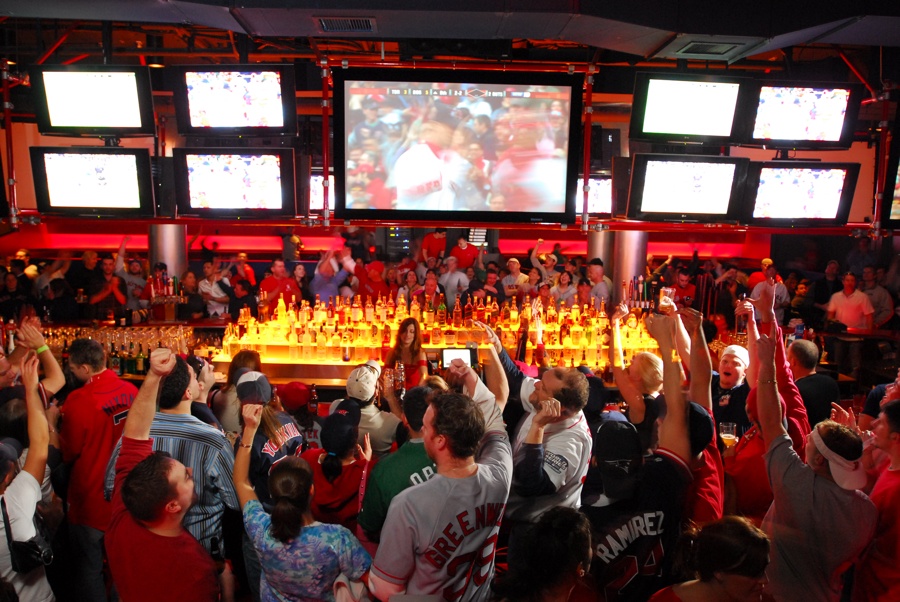 It’s game time. Do you know where the party is?

Given just how frequently teams in this town end up pushing all the way to the postseason, and given this is one of those times, now is as good a moment as any to remind you just how good we have it in Boston when it comes to sports bars.

Because we have some of the best teams and (on their best days) best fans in the country, we’re spoiled. So your options are endless as playoff season rolls around. Smart fans will seek out the best-planned parties around, and there are many, many of them this week in particular as the NBA Finals roll through Boston. Whether you want to be close to the action at the Garden, or a bit further away; whether you want big noisy bashes or more refined affairs, here are some (but certainly not all) of our favorite spots to catch the big game(s), no matter which team is in the limelight.

At the Hub on Causeway’s spacious sports mecca, literally named after all that victorious fabric waving from the rafters at the Garden, a few measly yards separate you from all the action inside, and you’ve got easy access if it’s your mission to join the cheering (hopefully!) fans pouring out when it’s all over. Oh, and did we mention the biggest sports bar TV screen you’ve ever seen, at 40-feet-wide? Or the virtual golf? 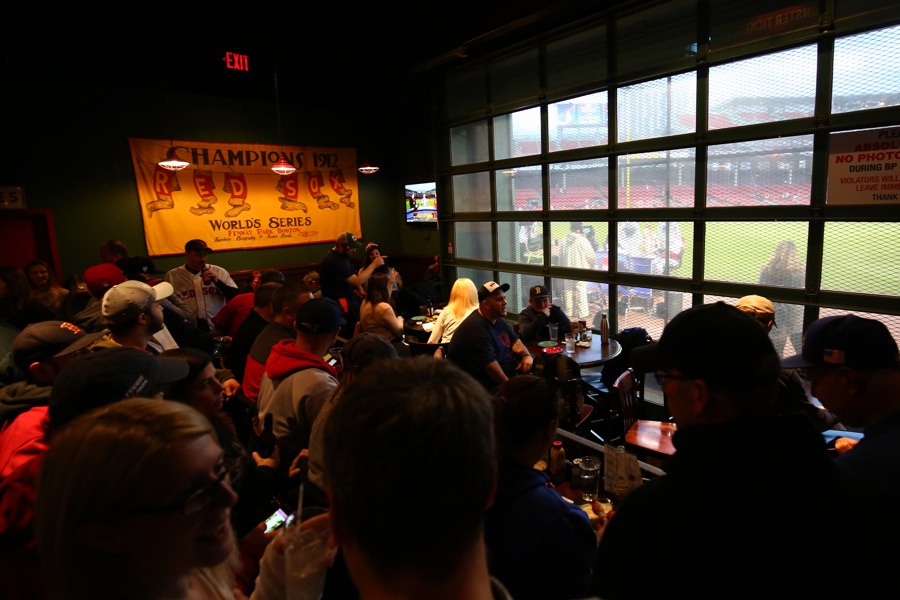 Has this place—the number one spot for blowing the minds of out-of-towners—ever gotten old? Get there early enough, which you most certainly have to do, and we stand by our belief that it has not. It’s an inside the park home run, every time. 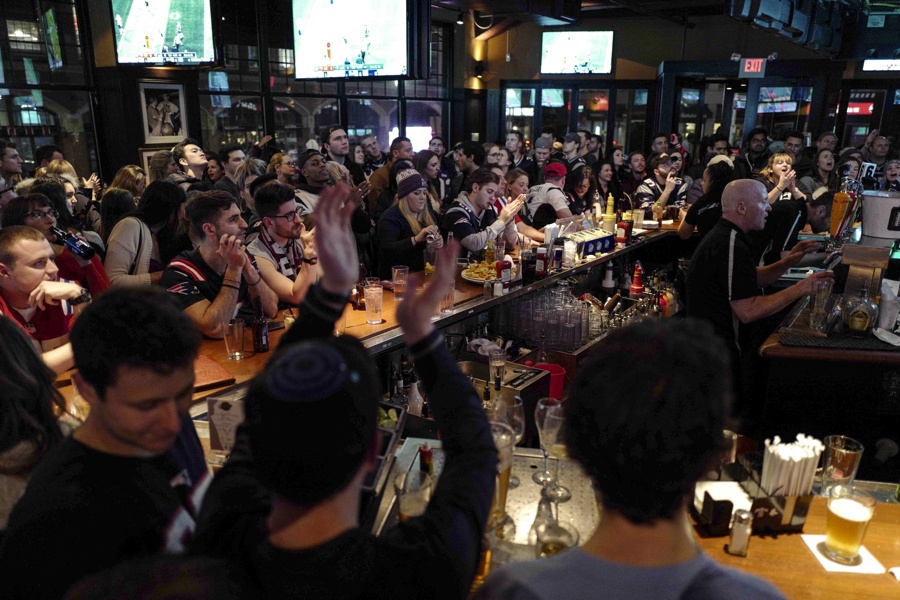 The Cask N’ Flagon pub in Fenway was at full capacity for the Super Bowl in 2019. (Photo by Nathan Klima for the Boston Globe via Getty Images)

We don’t have to tell you about Cask, of course. The frequently awarded and perpetually beloved pre-game destination is always packed to the gills for every last inning come playoff season. Plus, you can hear the roars from Fenway on their outdoor patio (which is especially appealing if you want to freeload during the concert series, too).

Gigantic game night parties can reliably be found in this tricked-out staple in the shadow of Fenway, as you know. So can ample prizes, giveaways, and shenanigans of all sorts. And if you want your shot at getting on TV for one of those Boston-fans-going-nuts videos in a huge bar, not a bad place to post up. 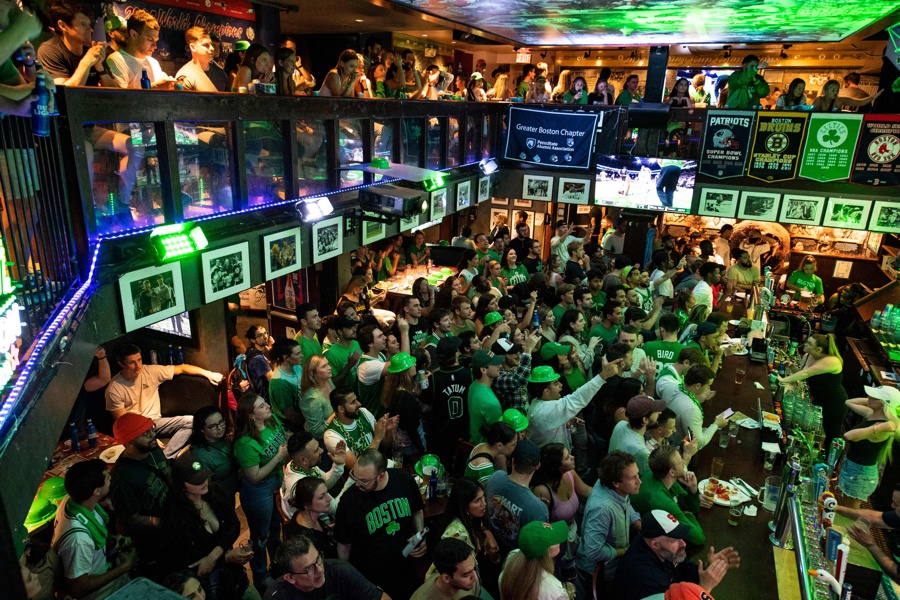 Fans at The Greatest Bar celebrate the Celtics scoring points and leading in the game during the first quarter of the game during game three of the NBA playoffs. | Photo by JOSEPH PREZIOSO/AFP via Getty Images

Whether they’re home or away, the spirit of the B’s and C’s has radiated across the street from the Garden to the Harp come game time for almost three decades. So powerful is this spirit that we will dutifully look the other way about this bar famously being a football season haven for fans of the B*ffalo B*lls. 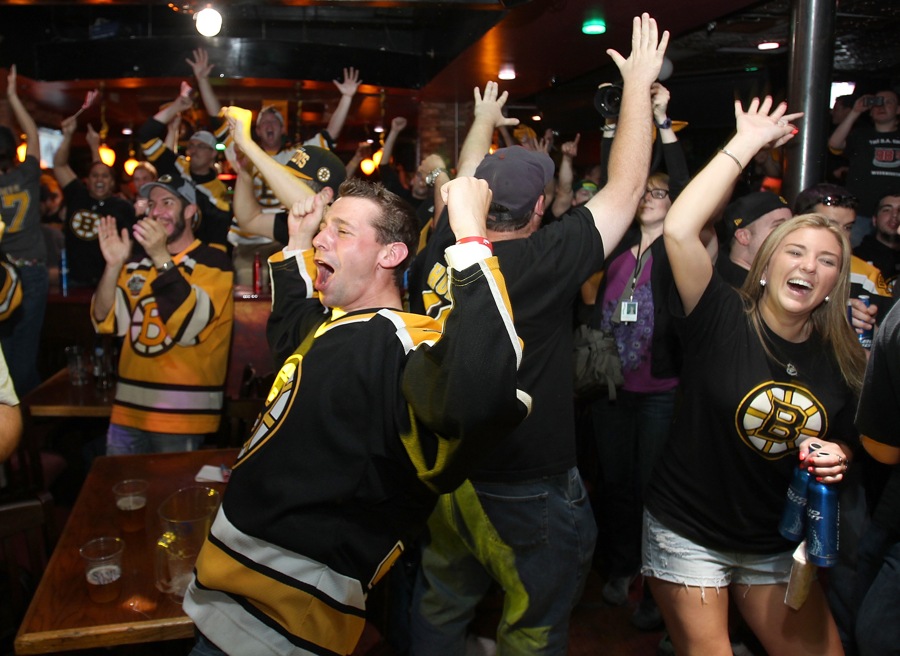 Fans of the Boston Bruins react to a goal at Hurricane O’Reilly’s Bar during Game Seven of the 2011 Stanley Cup Final. | Photo by Jim Rogash/Getty Images

Scream with, or at, your friends and fellow fans. Jump around. Embrace a stranger. Sprint out into the street and gaze at the Garden in all its glory. Do all of these things at Hurricane’s, as the Boston sports gods intended.

Hands-down the best bar for basketball nerds the Greater Boston area has ever known, Parlor Sports is a legend around these parts, which is why we’ve lavished it with Best of Boston awards several times. And it’s set the bar pretty high when it comes to game-time grub, too. 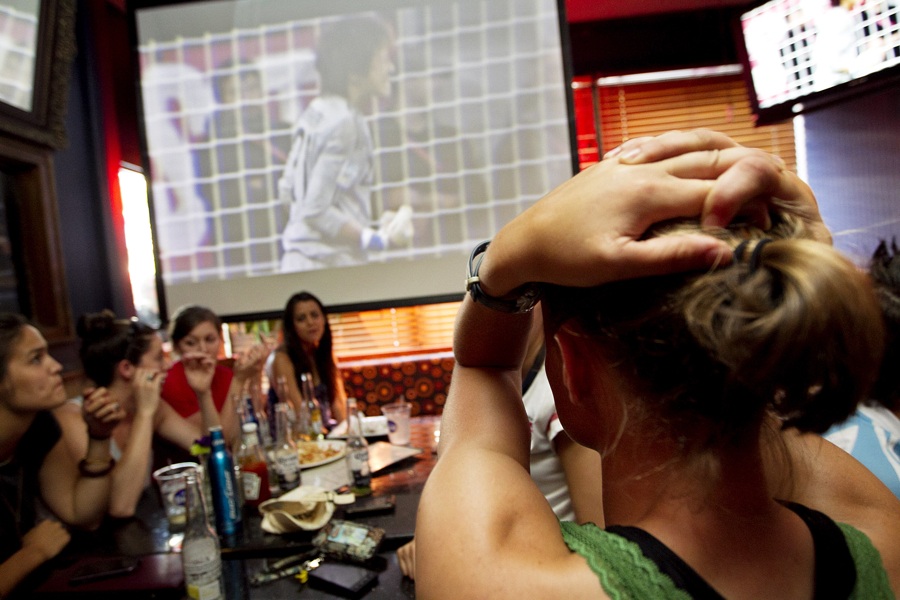 Fans gather and watch the final game of the Women’s World Cup between the United States and Japan at Phoenix Landing in Cambridge, MA on Sunday, July 17, 2011. | Photo by Yoon S. Byun/Globe Staff via Getty Images

More of a European football type place by nature, Phoenix Landing should definitely be on your radar whenever your team’s on the pitch. But it’s still as good a local haunt when Boston’s in contention as anywhere else, so sports fans of all stripes shouldn’t count it out.

You just know from the name alone that this brand-new spot tucked into the Omni Boston Hotel at the Seaport is for a more, shall we say, refined sports aficionado. An elegant, elevated experience awaits you here—just be sure not to slosh your martini or specially crafted finals-themed cocktail at the next buzzer beater. 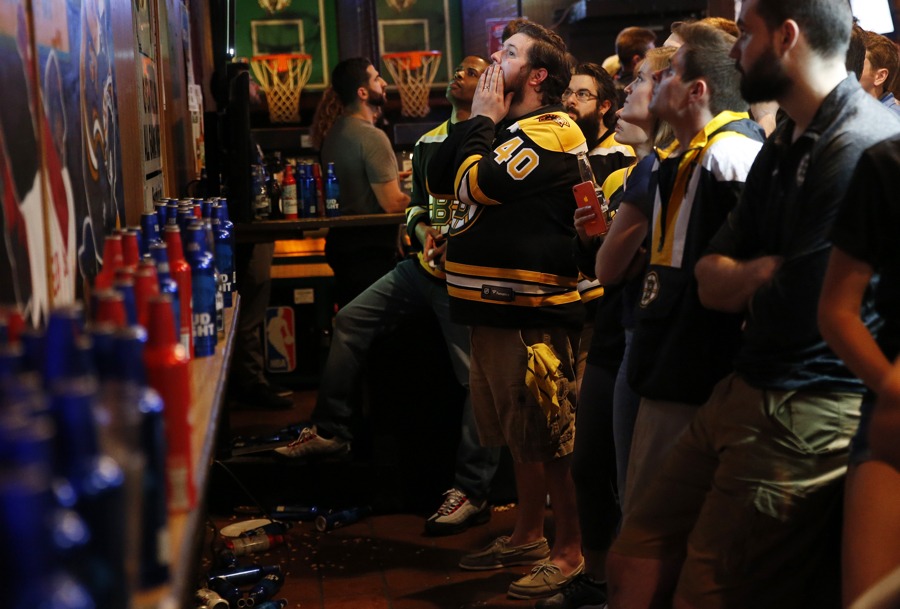 Bruins fans react as they watch the end of Game 7 of the Stanley Cup Finals at Sullivan’s Tap. | Photo by Jessica Rinaldi/Globe Staff via Getty Images

As fancy, sparkling clean, and orderly as any self-respecting hockey bar ought to be, this place has a special place in every Bruins fan’s gritty heart. With its extremely long history catering to generations of Massholes, a bar that is somehow 26.2 miles long, and a clientele that’s as overjoyed or enraged by the scoreboard as you are, Sullivan’s Tap has always been here for all your Boston sports needs, and always will be. 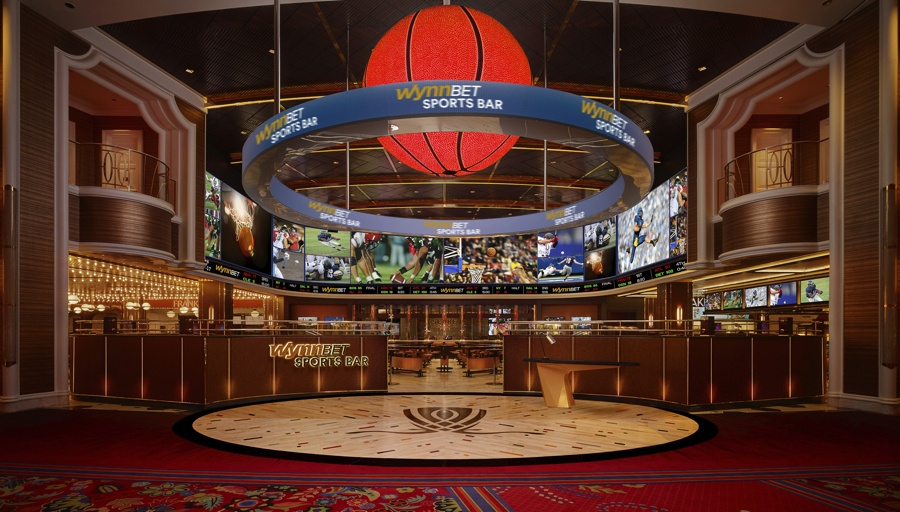 You can’t, well, bet there just yet. At least not legally, and not until the state legislature says go. But we’d wager you’ll find plenty of high-rollers (who have definitely not put money on the game illegally, good heavens) taking in all the action under the massive circular TV screens that ring the comfy lounge seating.