From the North End to East Boston, your guide to marinara-covered classics that are a cut(let) above the rest.

If you’ve been craving a whole lot of comfort food lately, you’re not alone. And chicken parmesan, whether served as a sandwich or a full-size dinner feast, definitely qualifies. The humble staple of Italian-American restaurants is easy to find at just about any sub shop, and let’s face it: It’s hard to screw up. It’s even harder, though, to offer one that stands out—so if you’re looking for one worth going the extra mile (or two), here are a few of the top spots in town. 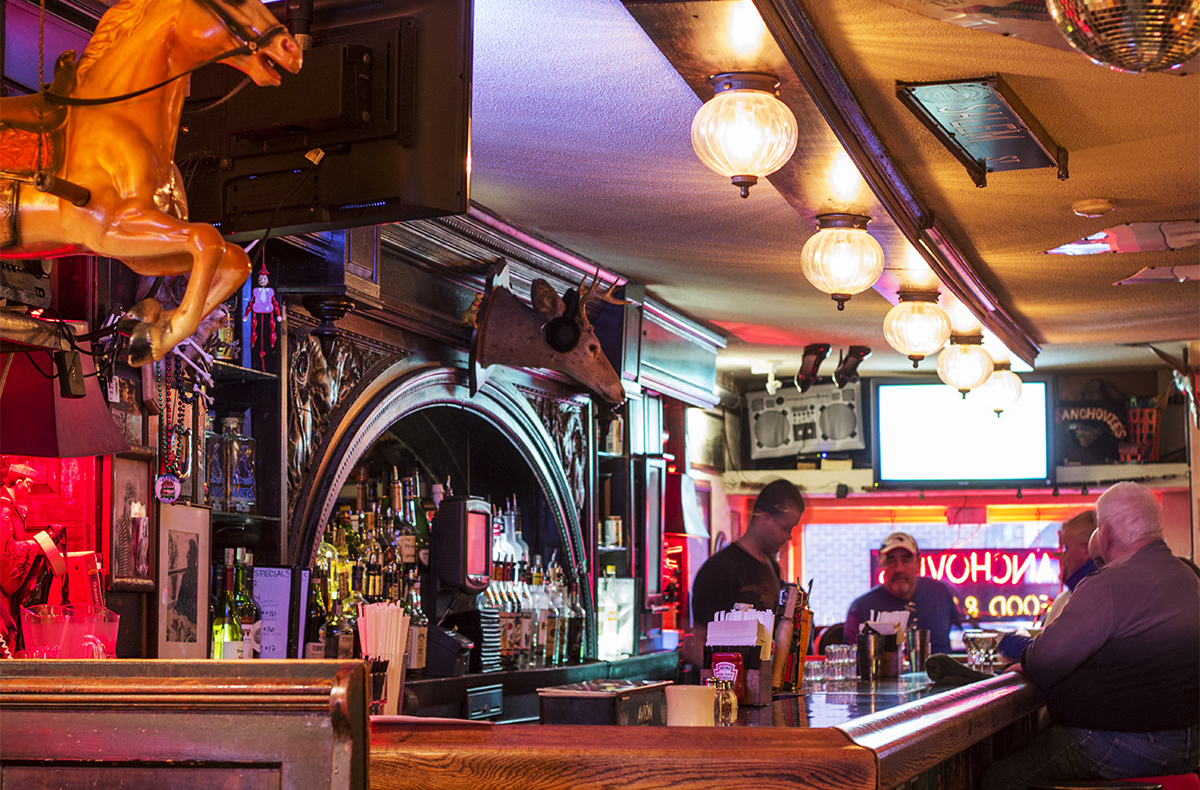 The scene at Anchovies is a little bit dive-y, and / Photo by Ruby Wallace-Ewing for “A Chef’s Guide to Eating Well in the South End”

Dim, cozy, and covered in bric-a-brac (including a disco ball on the ceiling), Anchovies is Old South End in all the right ways. The casual, come-as-you-are vibe is exactly what you want when you’re hunkered down in a wooden booth, diving in to generous portions of Italian-American eats—including, of course, chicken parmesan on a mound of marinara-soaked linguini. Rather huddle up at home? It tastes just as great as takeout.

This brothers-owned trattoria looks quite homey from the outside, as if Lady and the Tramp might be sharing spaghetti behind the white-trimmed windows. Inside, you might be surprised to find that it’s a counter-service operation. The scratch-made pizzas, pastas, and risottos, though, stand up to any full-service restaurant. Exhibit A: awesome chicken parmesan served over a choice of pasta, such as house-made whole wheat radiatore, or in panini form sandwiched by rustic ciabatta.

“You can’t have it both ways.” Says who, exactly? Not Bob, thankfully. In fact, if you swing by this Medford giant among Italian delis, where the big platters of cured meats and piquant cheeses are rivaled only by the three- and six-foot long party subs, you’ll be overjoyed to discover the “50/50” chicken parm and meatball combo sub. It’s exactly what it sounds like: half chicken cutlets, half meatballs, all drenched in red sauce, cheese, and the belief that you really can have it all in life. On that note, have some napkins while you’re at it.

Whereas the neighboring Bricco enoteca focuses on fancier fare, its Italian deli spinoff is your destination for grab-and-go sandwiches like the stellar chicken parmesan, which features cutlets pounded super tender and topped with Romano cheese, too. Pro-tip: Ante up for a half or full tray, an affordable way to feed a small army (or cover all your lunches for a week). This market is also stocked with plenty of imported artisan groceries, so re-up your pantry and raise your home-cooking game. 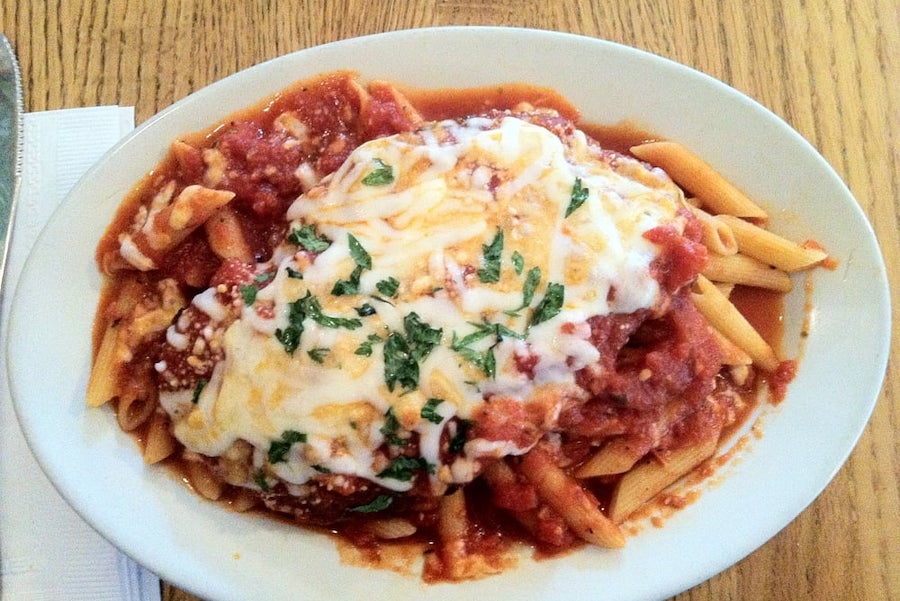 Chicken parm at Dino’s. / Photo by Michael C. via Yelp

The North End is flush with places to find solid chicken parm, but Dino’s definitely stands a cut above. Sure, you can opt for a dinner plate accompanied by ziti or angel hair pasta, but this chicken is best as a (super-sized) sandwich: The pan-fried breaded cutlets, swimming in red sauce under a shield of stretchy mozzarella, are oven baked on 16-inch-long French bread. It’s a sub built for battle.

The North End gets the lion’s share of attention when it comes to red-sauce dining, but East Boston, another neighborhood with a deep-rooted history of Italian immigration, absolutely keeps up. Kelley Square Pub may not look like some whimsical trattoria—founded by a former boxer, it’s a no-frills joint with burgundy vinyl booths and lots of photos of local athletes. But its chicken parm is a menu MVP, whether served over pasta, in a sub, or best of all, tucked inside the dough of a flaky calzone. 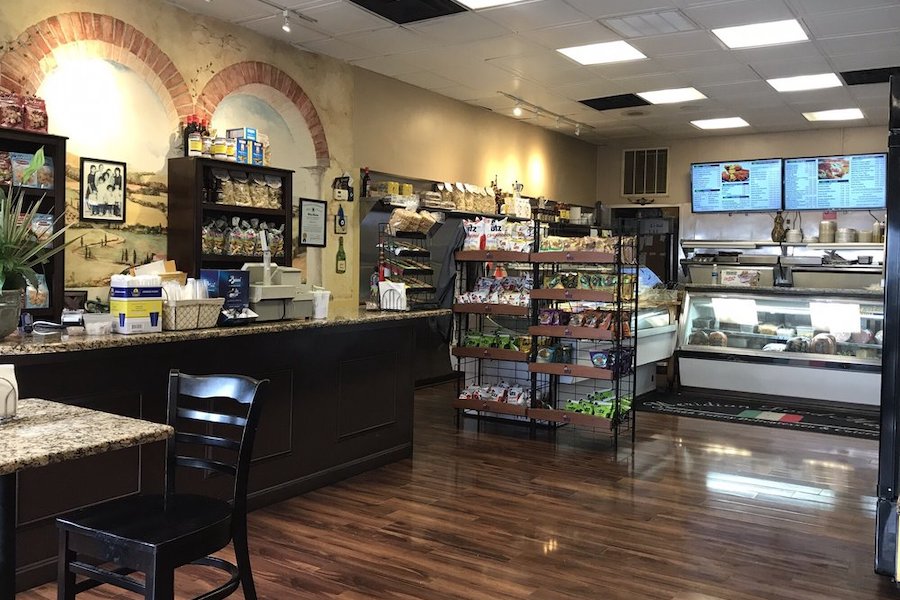 Photo by David R. via Yelp

Another local landmark, Meridian is a family-run deli that goes through about 400 pounds of chicken cutlets each week—a solid testament, we’d say, to the power of its parmigiana. Freshly fried cutlets, mozzarella cheese, and warm, tangy gravy on a soft roll? Perfection. But while you’re there, don’t miss the Meridian Special sub, which sandwiches those cutlets with prosciutto di parma, mozzarella, and roasted peppers, all sprinkled with basil and drizzled with olive oil.

This awesome, inconspicuous family-owned eatery has long been a hit with the masses—especially after it was featured on Guy Fieri’s Diners, Drive-Ins, and Dives. If an endorsement from the king of Flavortown doesn’t get you in the door, maybe this will: Inside you’ll find generous portions of delicious chicken parm that, like every other hearty plate, actually live up to the food-TV hype.

Plenty of downtown office denizens are still telecommuting, but on those days when your flex-time schedule brings you back to the old stomping grounds, make it worthwhile with a lunch run to Sam LaGrassa’s, one of Boston’s most famous sandwich shops, for one of their famously overstuffed creations—such as the delish chicken parm, served on an Italian sesame roll. Curbside pickup is available, and they’ll even overnight ship cooler-packed sandwiches like the chicken parm, served on an Italian sesame roll, to your physically distanced, Boston-expat pals.

Get you a burger joint that can do both: Sizzle up one of the best beef patties in town, and toss together one of the top chicken parm sandwiches, too. Tasty Burger is that place, and its so-called “Chicky Chicky Parm Parm,” covered in tomato sauce with mozzarella, might also have the kewtest name, on top of it all. 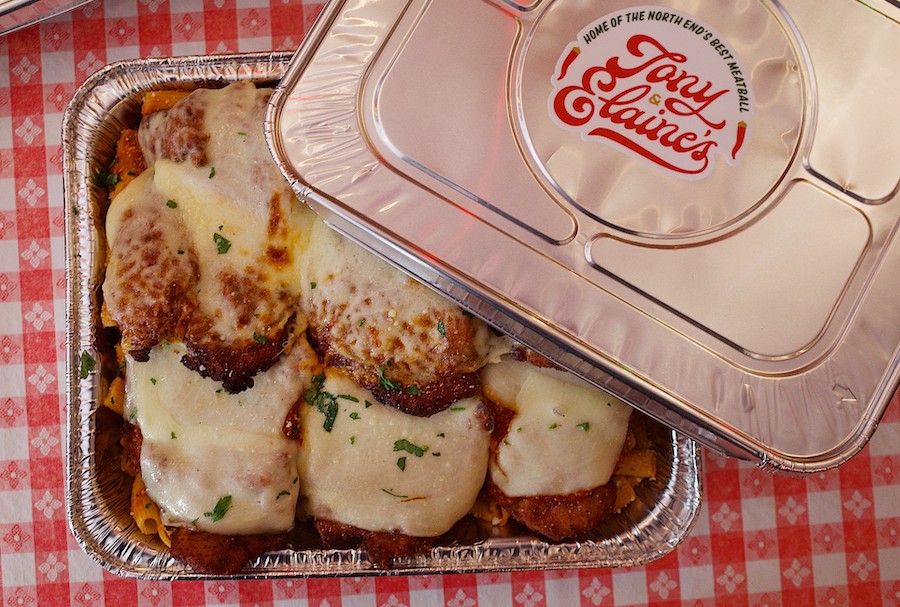 This 2018 addition to the North End looks like it’s been there forever—and that’s sort of the point. The red-and-white-checked tablecloths, strings of colored lights, and retro photos are a nod to neighborhood trademarks delivered, here, with a wink. Naturally, the menu follows suit with all the tried-and-true standards, including delicious chicken parm served with rigatoni. It’s available a la carte and as part of the catering menu, if you want a half or full tray to feed the whole fam at home. 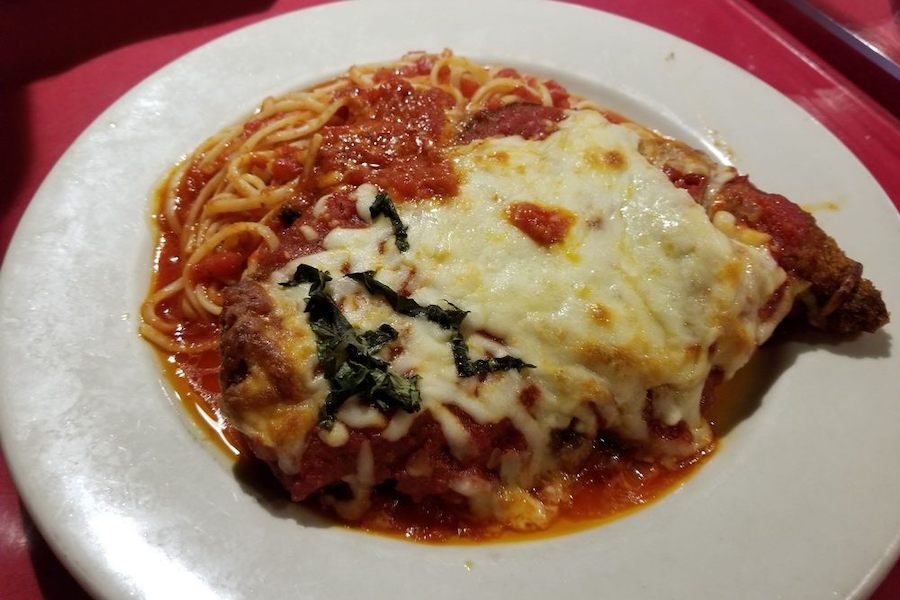 Chicken Parm at Vinny’s at Night. / Photo by Sasha M. via Yelp

This Sullivan Square-side Sicilian joint is a pleasant surprise: A deli by day, it tucks a full-service restaurant in the back. It’s typically a lively place, with a whole host of red sauce-slathered plates and seafood too—from shrimp puttanesca to lobster fra diavolo. So swing by for a lunchtime fix of superb chicken parm on a sub, or wait until dinner for a hulking entree portion served over your choice of pasta.