When it comes to fresh, local food, they're the cream of the crop.

Want more local food news? Sign up for WBUR’s pop-up newsletter “Cooked,” a New Englander’s three-week search for sustainable eats. You’ll understand how to reduce your impact on climate change through your food choices and take actionable steps so YOU can make a difference.

Here in New England, we’re kind of spoiled when it comes to access to fresh, farm-raised food. From small plots just outside the city to rolling acres of crops and grazing land in quiet corners of the region, ours is a part of the country with a rich agricultural heritage and a lot of bright, inventive chefs who make hay of it in the kitchen. But if you’re wondering which restaurants really take the “eat local” ethos seriously, check out some of our favorite local-farm-supporting spots before you fork over your hard-earned cash.

“Fast food” is not a category that typically lends itself to following a farm-to-table philosophy, but restaurateur Ayr Muir has been proving it’s possible ever since the MIT-trained material scientist first got Clover rolling as a vegetable oil-fueled food truck in 2009. 13 years, 14 storefronts, and a whole lot of famous chickpea sandwiches later, Muir has managed to grow his partnerships with local farms in tandem with his vegetarian empire: tomatoes come from Lindentree Farm in Lincoln, for instance, and eggs from Chip-in Farm in Bedford. Clover is so confident about its commitment to only using fresh-from-the-farm produce that, believe it or not, it doesn’t have a single freezer in its restaurants. Very cool. 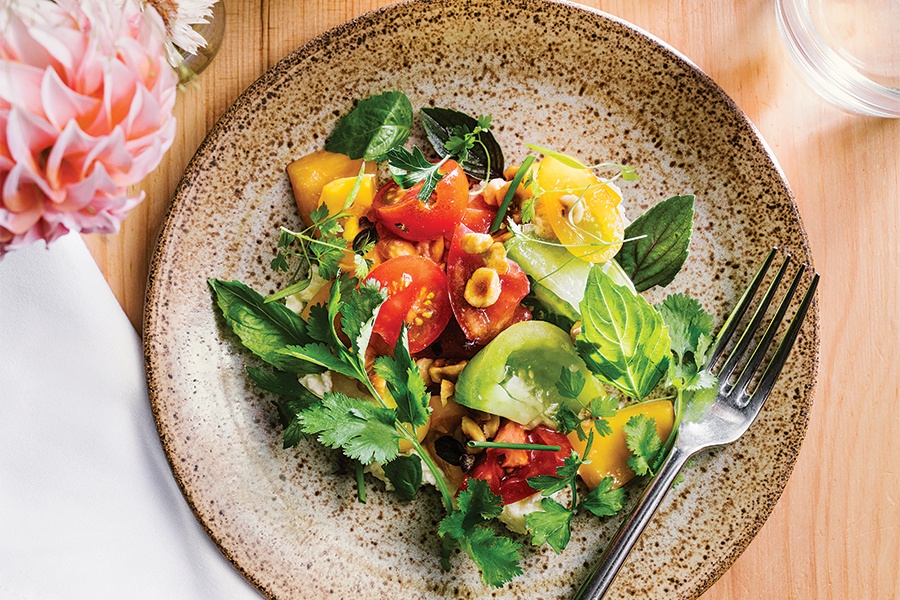 Seasonal veggies are the star of the plate at Union Square’s Field & Vine. / Photo by Adam DeTour

Behind a bright green door in a Union Square alley, Field & Vine awaits. Inside, the place is festooned with pots full o’ plant-babies and plates—many served from a wood-fired grill, the open kitchen’s centerpiece—that highlight chef Andrew Brady’s dedication to hyper-seasonal sourcing from New England farms and fisheries. (At any given moment, that might result in sunchoke hash with sunflower tahini and trout roe, fluke ceviche with fermented habanero sauce, or a salad of beets and olives with pistachio and fennel aioli.) What’s more, Brady and his spouse and co-owner Sara Markey are as deliberate with the drink list as with the food menu, focusing on natural wines by small producers—something they delve into even deeper at Dear Annie, their new pescatarian pub and wine bar in Cambridge.

Speaking of sustainable, small production wines—you’ll find Forage lives up to its big reputation for ’em, even hosting special glass-paired dinners dedicated to responsibly raised grapes from Armenia, Basque Country, and everywhere else, C-Z. The lovely, under-sung gem just outside Harvard Square also lives up to its name, for that matter, turning to local purveyors like famed mushroom forager Tyler Akabane for ingredients. They’re used to craft thoughtful New American cuisine with a “waste no part” philosophy: beef heart (smoked, then served with dried Roxbury Russet apples) and fish head and collar (braised with white mirepoix and sake, and served with pickled asparagus) have recently made appearances on the menu, for instance.

Nowadays, “farm-to-table dining” tends to be associated with rustic-feeling restaurants outfitted with unfinished woods and decked out with mason jars. Long before it became an on-trend buzz phrase, though, James Beard award-winning chef Frank McClelland was an early proponent of the movement at L’Espalier, his white tablecloth-draped, French-inspired fine-dining institution in Boston’s Back Bay. L’Espalier closed at the end of 2018, but McClelland continues to cook with the best and freshest from area farms—Gloucester’s Cedar Rock Gardens, for one—at his eponymous, destination-worthy restaurant on the North Shore. In fact, when he’s not roasting half-chickens or cranking out boar “haute” dogs, you’ll even find McClelland growing veggies and herbs for Frank at his own home. (Oh, and the restaurant has an adjacent market stocked with local cheeses, artisan foods, and other groceries for stuffing the pantry at yours.)

Chef (and conservationist) Peter Davis is another local pioneer of farm-to-table dining: Henrietta’s Table has been holding it down in Harvard Square since 1995 with hearty, home-cooked New England cuisine that comes from, well, right here. For starters, Davis turns to local producers such as Verrill Farms, Red Fire Farm, and Siena Farm (run by Chris Kurth, whose spouse, acclaimed chef Ana Sortuna, turns their Sudbury, Mass. harvests into Eastern Mediterranean feasts at Oleana). Then he turns it all into dinners of Yankee pot roast, “pig under a brick” with sweet potato puree, and even cheesecake with candied walnuts. That last one, laced with maple syrup from Maynard Farm, is available during Henrietta’s long-popular weekend brunch, too. 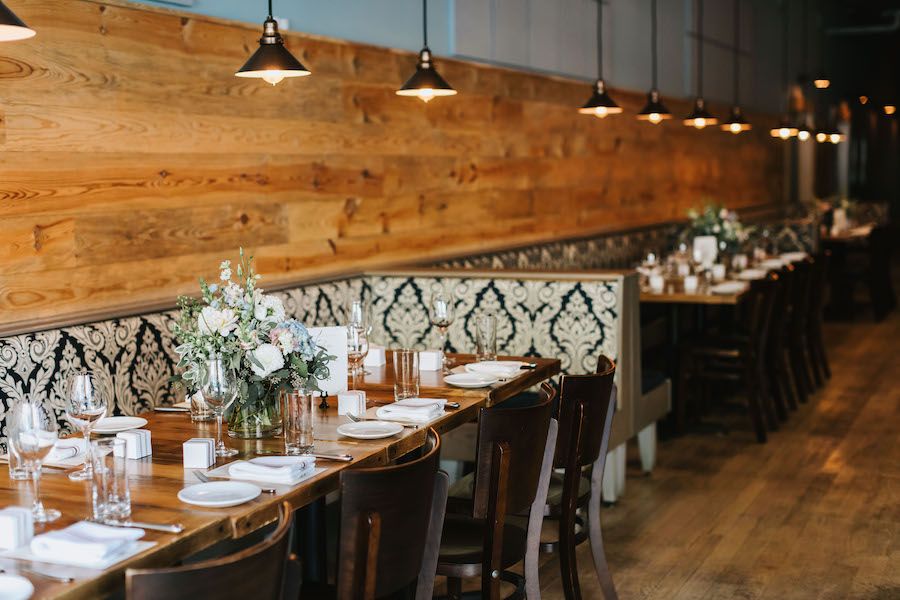 Over the course of the last year and a half, chef Will Gilson was busy getting not one, not two, but three new restaurants off the ground at Cambridge Crossing. (The final act in that hat trick, Geppetto, finally opened its doors in October.) Even while all that was going on, though, he never let a single ball drop in the kitchen of his first place, Puritan & Company, which celebrates its 10th anniversary in Inman Square this fall. It’s a still-excellent entry in the farm-to-fork genre—a legit legend among Millennial-Bostonian foodies, by this point—thanks to traditional and modern takes on New England cuisine that always comes out cooked just-right, from the roasted free-range chicken with salsa verde to the grass-fed ribeye with wild mushroom sauce. While Gilson works with a litany of local farms, it helps that his family’s homestead is the four-acre Herb Lyceum in pastoral Groton, Mass., which just brought back its on-site farm dinners for another spectacular season. 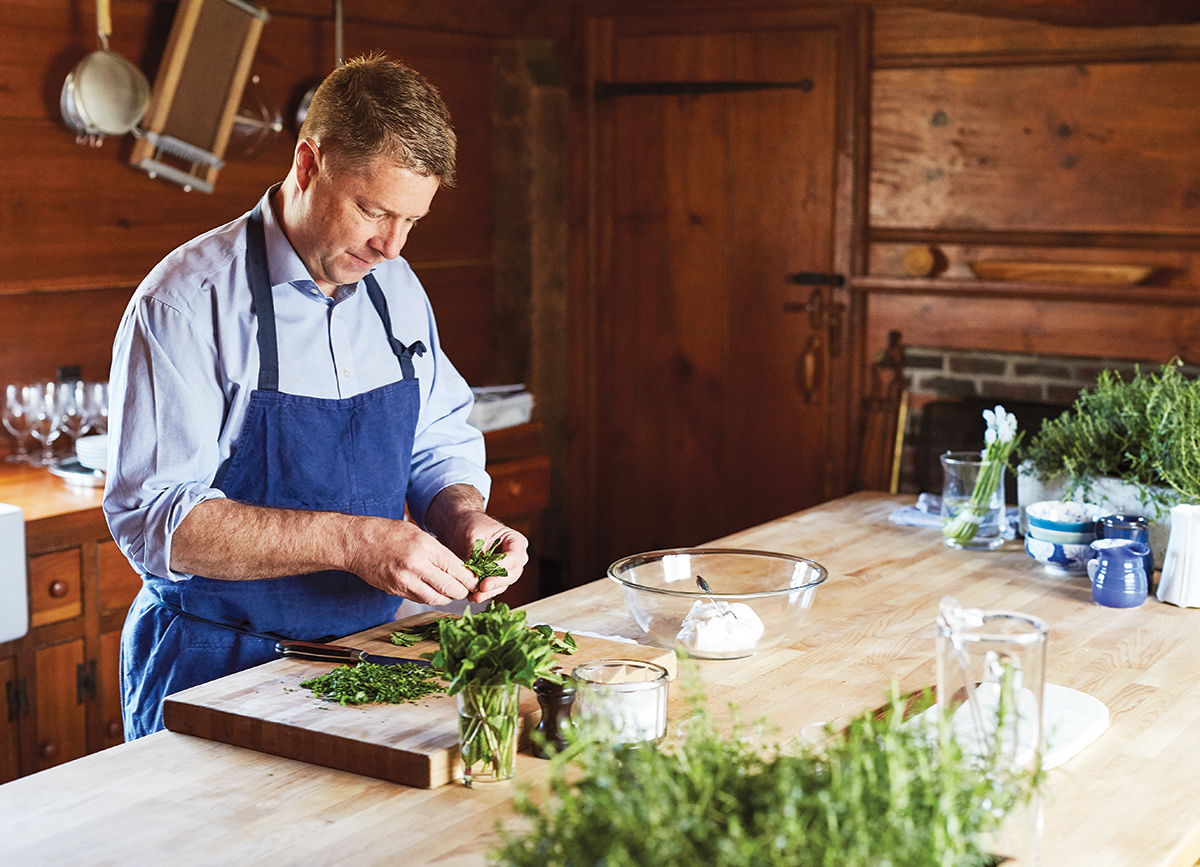 Another restaurant with its very own farm, Saltbox certainly makes the most of the veggies, meat, honey, and more that comes off its family-owned, 10-acre property in Concord: Its casual, daytime kitchen covers everything from soups and sandwiches to fresh-idea entrees such as cauliflower and parsnip cheesecake with braised leeks and herb pesto. The darling cafe (which does catering for groups of 10 or more) even has a grab-and-go market where you can snag the microbrewery beer it makes with its own hops. And if you ever find yourself considering a career change—well, they’ve got that covered, too. Saltbox Farm hosts a unique apprenticeship program that allows future farmers a chance to apply for a paid position learning and employing regenerative agriculture practices. Go ahead, get your hands dirty.

It used to be that chef-owner Robert Harris focused strictly on catering, leaving Top Chef alum Carl Dooley to the nightly duties at his (awkwardly named) restaurant Table at Season to Taste. Now Dooley has moved on to Mooncusser, an exceptional sustainable seafood restaurant in the Back Bay; Season to Taste, meanwhile, is cruising along just fine with its newly streamlined, still-punny name. Seasonality remains the name of the game—when sunchokes are everywhere, for instance, you might find them served with smoked hake or turned into ice cream to accompany apple crisp. Heck, in Harris’s hands, even the humble, weed-like dandelion can be coupled with feta in a crepe to serve with Aleppo pepper-spiced lamb sirloin.

Only a few blocks away from Season to Taste, chef-owner Erin Miller has been quietly crushing it at Urban Heart, a warm, charming contemporary American restaurant that celebrates all things local: from the Cotuit oysters Miller grills and serves with a finger lime and a coconut-chili emulsion, to the Granby, Mass.-grown Red Fire Farm eggplant that might get roasted and smoked for one dish, then covered with cauliflower, roasted tomatoes, and cilantro yogurt for another. It’s an intimate operation, but the ultimate experience is to pull up just one of four seats at the chef’s counter; that’s where Miller’s multi-course tasting menu will offer an early taste of her next great plates. 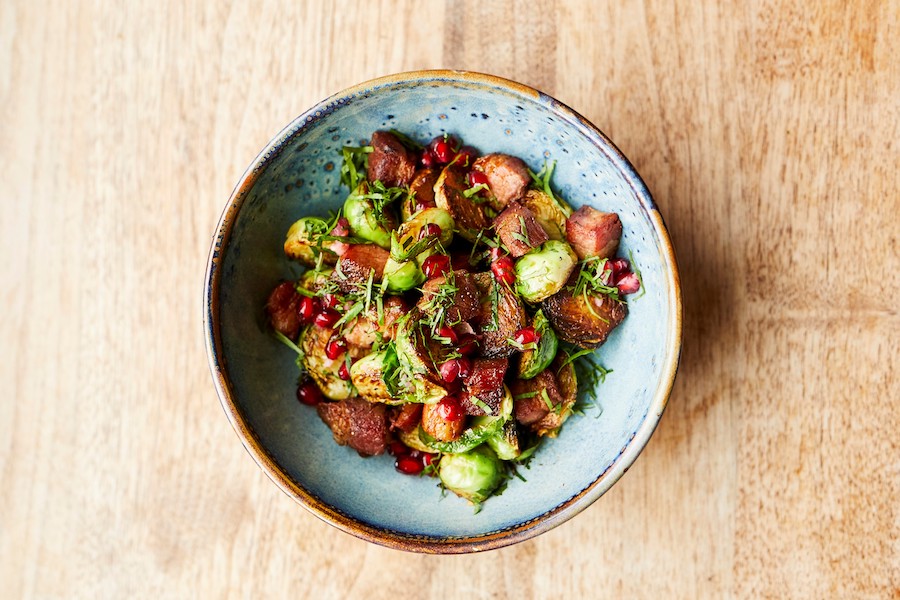 The sparkling, swish Seaport sibling to Woods Hill Table, restaurateur and local-food-activist Kristin Canty’s original spot in Concord, this Boston Harbor-front gem looks like a million bucks. Luckily, chef Charlie Foster’s food earns the front-row view to heaven, working with ingredients that come straight from Woods Hill’s own farm in New Hampshire: the lamb, for instance, grilled and plated with piquillo pepper romesco, as well as the sized-for-two pork loin served with potato and sunchoke gratin.