Eight Essential Pop-Up Restaurants to Try around Boston This Summer

From Nashville hot chicken to decked-out doughnuts, these eateries have it all—if you know where (and when) to find them. 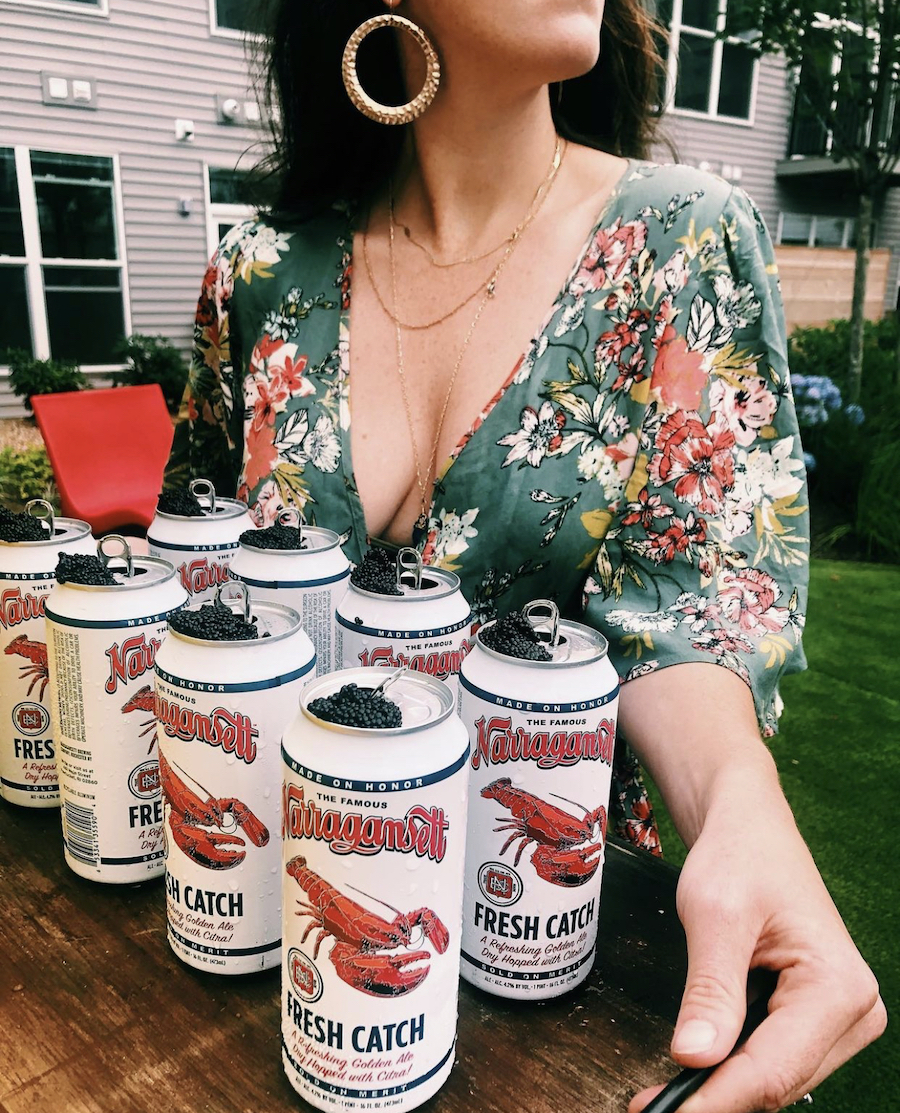 Pop-up restaurants are the welcome wildcards of modern dining, for obvious reason: with their tantalizing temporariness, often ambitious young chefs at the helm, and usually boundary-pushing or offbeat cuisine, they inject an air of spontaneity, exclusivity, and excitement into the city in a way that more permanent situations innately can’t. What’s more, after a year spent cooking at home more often than ever, we’re really craving the electric feeling of discovery and city life that pop-ups epitomize. And so, with post-pandemic days begging to be seized, here are eight exciting Boston-area pop-up restaurants to try this summer.

Later this year, Comfort Kitchen will bring to Upham’s Corner a full-service café and restaurant dishing out comfort food inspired by the African diaspora. Want a taste of what’s to come? You can head now to Jamaica Plain’s space-themed diner Little Dipper, where the Comfort Kitchen team is staging a pop-up preview every Thursday to Sunday all summer. The succinct menu pulls inspiration from the culinary traditions and travels of North African Moors, resulting in plates like a charred spiced chicken with preserved lemon marmalade and za’atar brown butter trout. If these vibrant flavors are any indication of what the future holds, we’ll be waiting with bated breath for whatever Comfort Kitchen cooks up in a spot of its own. 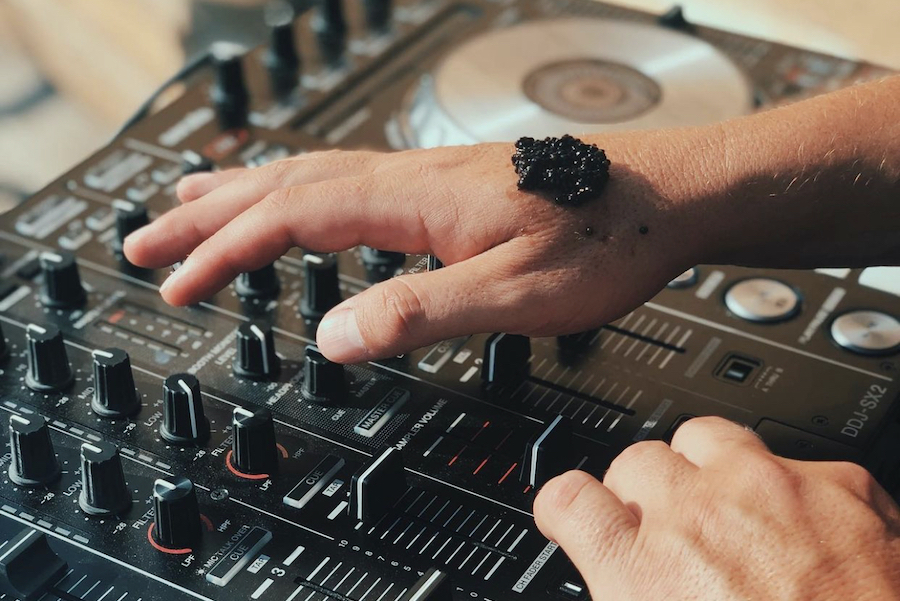 An elusive and unpredictable operation, East Boston Oysters has achieved huge success despite embodying many things our buttoned-down city tends to avoid: impulsivity and whimsy, in particular. Nonetheless, founder Alexis Cervasio pulls off playful, slightly irreverent, and effortlessly elegant events that, in a word, educate eaters about New England’s more mysterious seafood specialties, oysters and caviar. There’s a twist, though: Tickets to each soiree—which often feature cameos by other local indie food businesses—are announced flash-sale style via their email list, with locations and detailed itineraries kept under wraps until 24 hours before the festivities begin. The pandemic threw a wrench in the proceedings, but they’re back in action this summer, even as Cervasio simultaneously preps the opening of a brick-and-mortar market. Sign up for EBO’s e-mail list to stay up to date, and more importantly, don’t delay when an event is announced: the latest “field trip” to Duxbury sold out in just a few hours.

The distinct heat of Nashville hot chicken is one of that city’s most iconic culinary exports, and Hot Chix, which has been popping up at Kendall Square’s Pagu since 2019, may be the Boston area’s most well-known purveyor of the stuff. Though it’s only available for takeout a few hours a week on Tuesdays, founders Alex Nystedt, Will Yoo, and Alex Kim have built a name for Hot Chix as a premier fried chicken destination—so much so that a brick-and-mortar restaurant of their own is slated for a July opening in Inman Square. That said, they’ll continue to operate the pop-up at Pagu even after the new space opens, meaning their fiery chicken sandwiches and top-notch sides (such as a cooling banana pudding) will keep that neighborhood’s devoted heat-seekers sated even as they plant more permanent roots elsewhere. 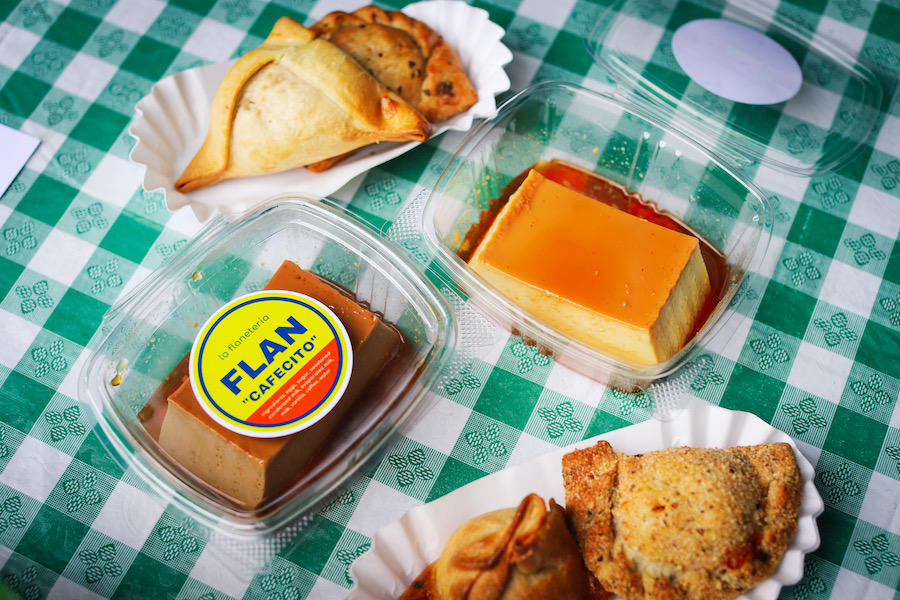 Flan from La Flanetería with empanadas from Buenas. / Photo by Carlie Febo

According to Vanessa Yip, Wednesdays should no longer be known as hump days—they are now, by her decree, #OnlyFlans Wednesday. That’s the day her takes on the classic dessert—from standards like chocolate flan to inventions like a coffee-flecked cafecito or an aptly named “tiramiflan”—appear at Buenas at Bow Market for takeout, replete with instructions for unmolding at home the luscious custards and their gorgeous pools of caramel. Preorders must be placed by 9 p.m. on Sunday nights to guarantee pickup, but some walk-up customers might still be able to snag some flan by the slice, if they’re lucky. 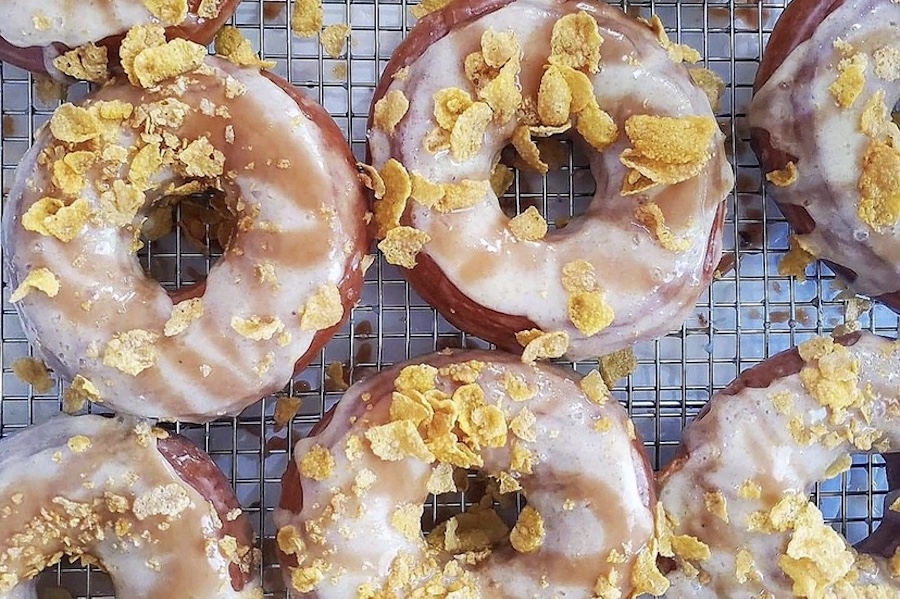 The doughnut is a blank canvas ripe for invention, but few take it in as many exciting directions as Kate Holowchik, the one-woman force behind this pastry and baked goods pop-up. Available at Reign Drink Lab in Dorchester most weekends through the summer, Holowchik’s creations range from savory preparations like a caprese doughnut with mozzarella mousse and marinated tomatoes to a raspberry lychee lime rickey donut, and even imaginative takes on other breakfast pastries, such as an ube cinnamon roll. Best of all, the flavors vary according to Holowchik’s whims—that means no weekend will have the same selection, and repeat visits are bound to be rewarded. 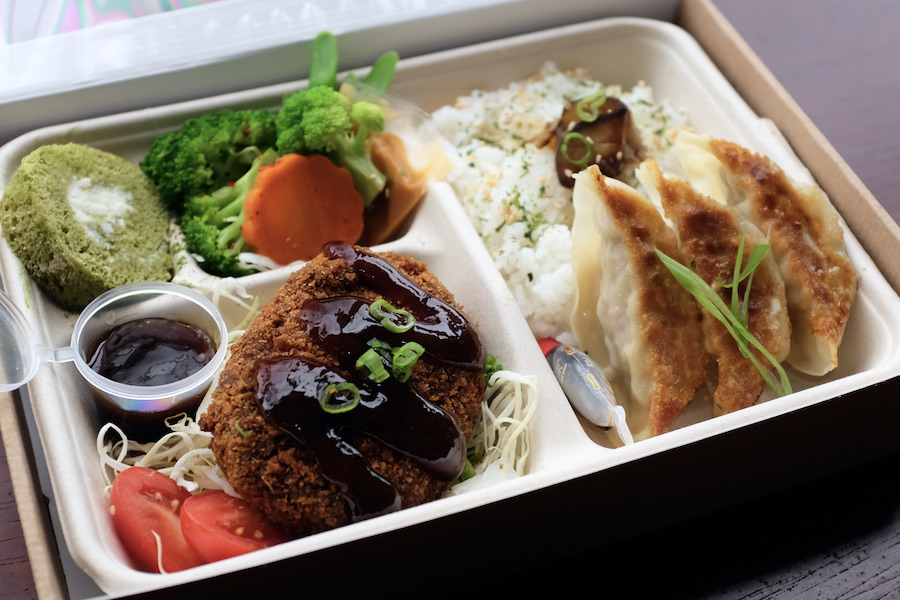 B&G Oysters alumni Ted Woo and Jon Awerman have joined forces to serve their interpretation of chūka ryori, or dishes of Chinese origin done in a Japanese style, to touch on the fascinating (and often delicious) ways that different cultures can come together through food. Keep an eye on Instagram for the pair’s Boston-area appearances: in recent weeks, Mimi’s Chūka Diner has popped up at CREATE Gallery in Somerville’s Bow Market and Idle Hour restaurant in Quincy, among other places. There are also themed bento boxes prepared for pickup on Fridays and Saturdays in Malden and Medford, respectively—one recent offering, for instance, sported brothless ramen noodles with braised chicken, an ajitama deviled egg, and gyoza. Don’t feel like wandering out? Mimi’s Chūka also delivers from-scratch dumplings across the Boston area every Sunday. 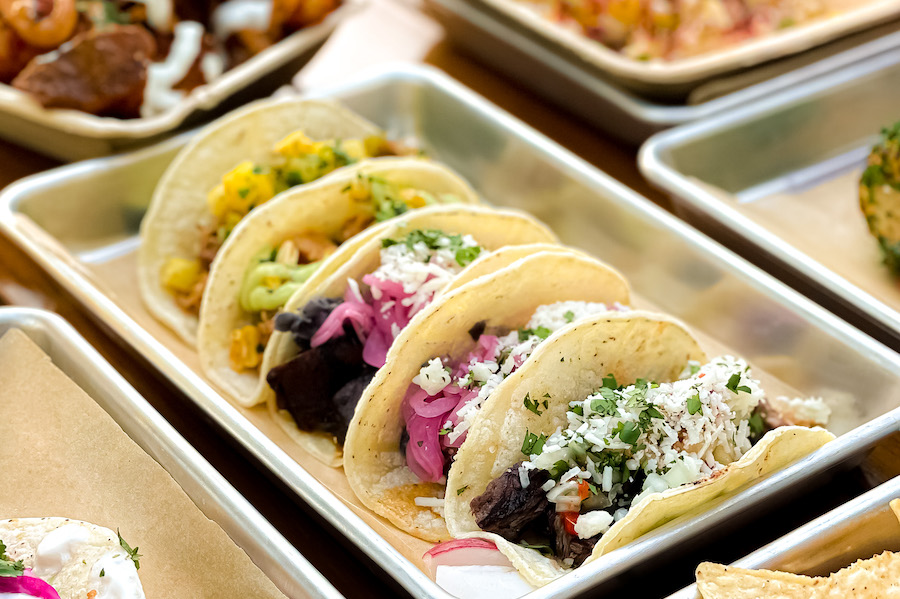 The latest and greatest addition to the Seaport’s dining experiences is Para Maria, a culinary tribute to the abuela of chef Tatiana Rosana. Rosana’s Latin-cuisine concept has moved into the Envoy Hotel’s Outlook Kitchen, which she typically helms, until September, bringing with it a menu inspired by the Miami native’s upbringing in a Cuban family. Expect to find a smattering of delectable tacos—think chipotle portobello mushrooms and mojo pork carnitas—as well as ceviche and three types of elotes. And with many of the family tradition-hewing dishes served as small plates and meant to be shared, Para Maria is a place seemingly tailormade to host your own countless reunions with loved ones this summer. 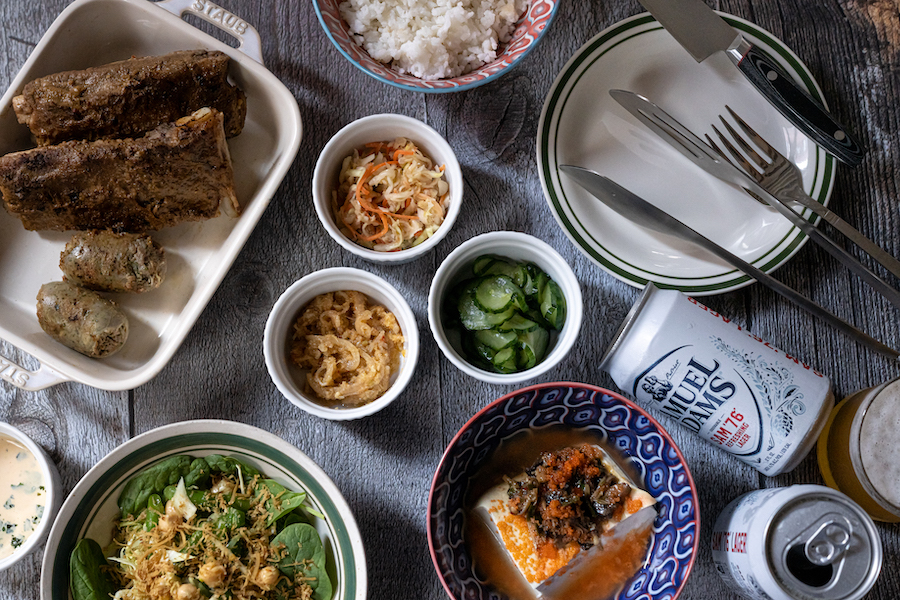 Though the pandemic caused chef Derrick Teh to be furloughed from his post at Cambridge’s Momi Nonmi last year, it also gave him the freedom to devote time and energy to growing a project of his very own in Sekali. The foodie favorite dishes out modern Malaysian meals that pull from his upbringing in Borneo and culinary career across the Northeast, to tantalizing results: think curry laksa with udon noodles and pork short rib, plus housemade chili crisp and kaya, or coconut jam. Menus and pickup locations go live every Wednesday on their Instagram, but act fast—they’ve been known to sell out in minutes.