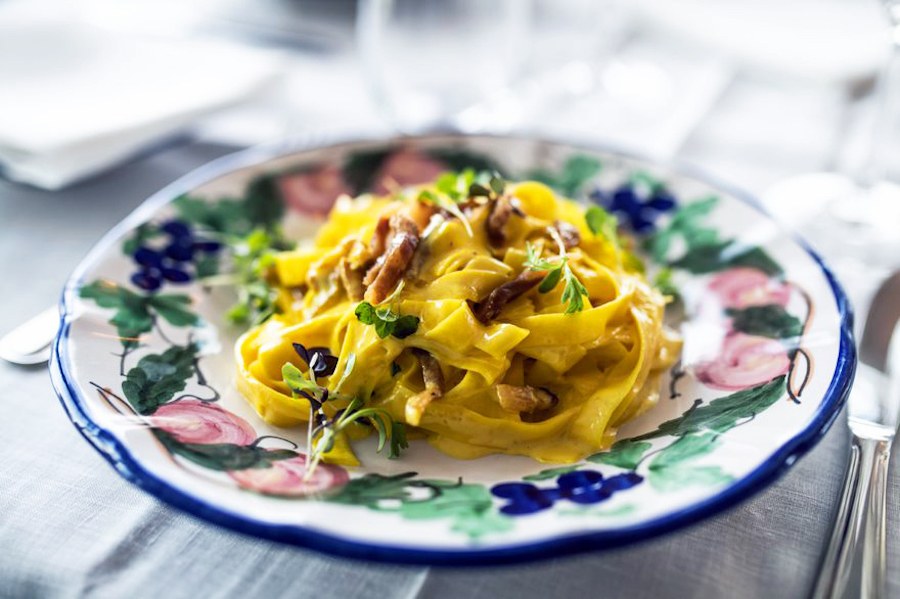 Maybe it’s the influence of Johnson & Wales University, one of the world’s top-ranked culinary schools, but relatively petit Providence, Rhode Island is a city that punches way above its weight, when it comes to restaurants. Federal Hill is well known for its wealth of divine Italian eateries, plus there’s all sorts of lively spots—brewpubs, sushi joints, you name it—dotting the mini-Venice that is the River Walk. And besides all the exceptional eats, Providence is just fun: There’s a ton of walkable watering holes and an especially vibrant gay bar and club scene that keeps the nightlife hot even in the colder months. When you’re ready to make the quick drive down (or better yet, schedule a ride share so you can truly enjoy the cocktail scene), here’s where to savor some time in Providence. 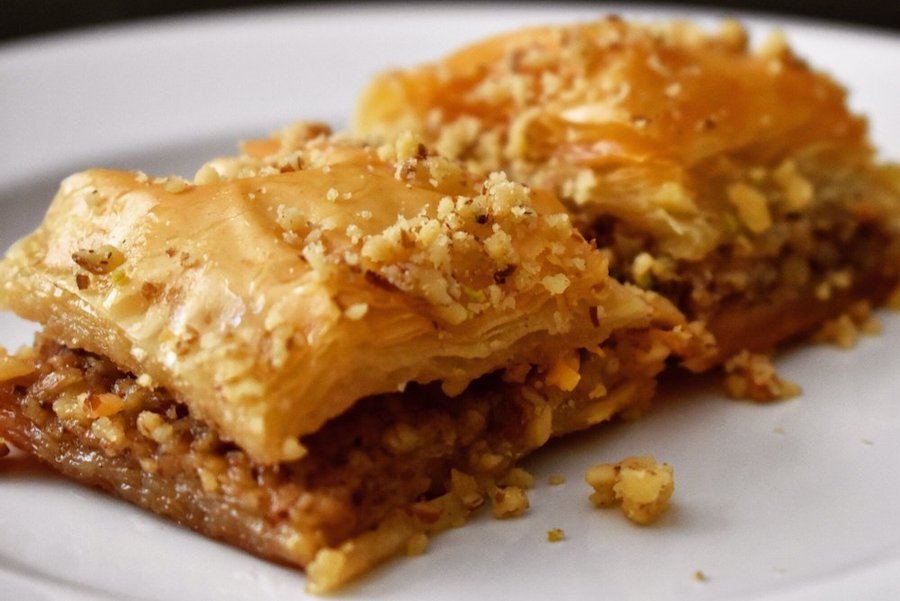 Baklava at Aleppo Sweets. / Photo by Tamra F. via Yelp

With “sweets” right in its name, this café—gorgeously appointed to pay homage to the Syrian city that owners Youssef and Reem Akhtarini hail from—is the perfect place to savor the baklava of your dreams. Here you’ll find phyllo purses stuffed with orange blossom water-tossed pistachios and drizzled with simple syrup, as well as layers of crispy dough topped with almond slivers. If you can avoid the temptation to skip to dessert, the café menu also features excellent kabobs and soaring renditions of mezze favorites (zippy tabbouleh salad, for one, and hummus with the right kick of lemon). But anyway, back to the baklava: They also ship it, so you can order by the pound to share. Or not. 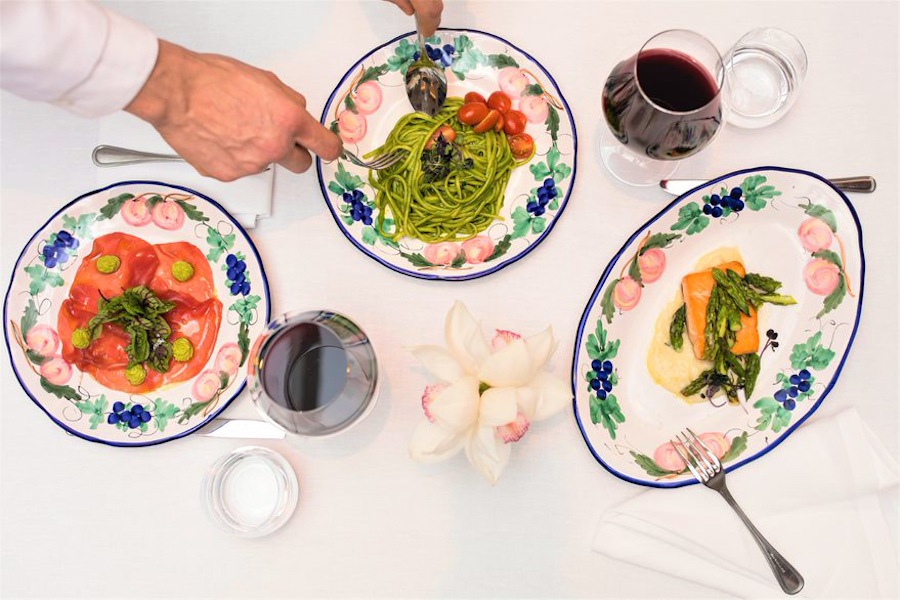 When the luxe Beatrice Hotel opened in Providence in October, it came with a Bellini chaser. By that I mean the hotel’s fine-dining restaurant, Bellini, named for the cocktail that restaurateur Ignazio Cipriani’s great-grandfather apparently originated at his Venice bar in the 1940s. The first Providence outing from the Cipriani hospitality group, which is behind some of the swankiest restaurants and lounges in the world, Bellini’s Art Deco-style interior sparkles like Prosecco and serves a similarly lively spread of breakfast, lunch, and dinner, focusing on modern spins on Italian favorites. Our favorites? Those would include the grilled lamb chops and crudo tasting—think smoked salmon with crème fraiche, as well as Hawaiian bigeye tuna carpaccio with crispy fennel.

We’re still awaiting the completion of Bintimani’s downtown Providence restaurant, but the place is already offering catering—and, well, we’re already well-familiar with the excellence of this Roxbury-founded West African kitchen. Sahr Josiah-Faeduwor opened Bintimani in Boston’s Nubian Square about 12 years ago, but when the building’s business owner evicted him during the pandemic (with plans to build luxury apartments, because of course) he and his family decided to plant new roots in Providence. If you’ve been missing it, the drive from Boston is absolutely worth the chance to savor the organic Sierra Leonean cuisine, notably the cassava leaves with rice, the peanut stew with chicken, and the plantain, cassava, and yam salad.

This beauty has been the grand dame of Federal Hill’s Italian scene since 1914, which means you absolutely have to come here for the classics: The feeds-a-small-army-sized lasagna Bolognese with ricotta and mozzarella, the cremini mushroom-studded chicken marsala, and the house-made gnocchi in a lush pink vodka cream sauce. The dress code is “casual elegant” and the service is attentive. But all manners fly out the window when it’s time to fight over the last clams casino.

The gaggles of Brown University students who line up at this petit restaurant on Thayer Street have clearly done their homework, as the award-winning eatery has been a local favorite since opening in 1997. Pop quiz: Should you get the kafta wrap of perfectly grilled beef, or the falafel version full of fried-chickpea-ball goodness? Answer: Get a combo wrap (duh) with both. And do be sure to try all the toppings, too, including the hot sauce and hot peppers that can easily be tempered with the cooling tzatziki. 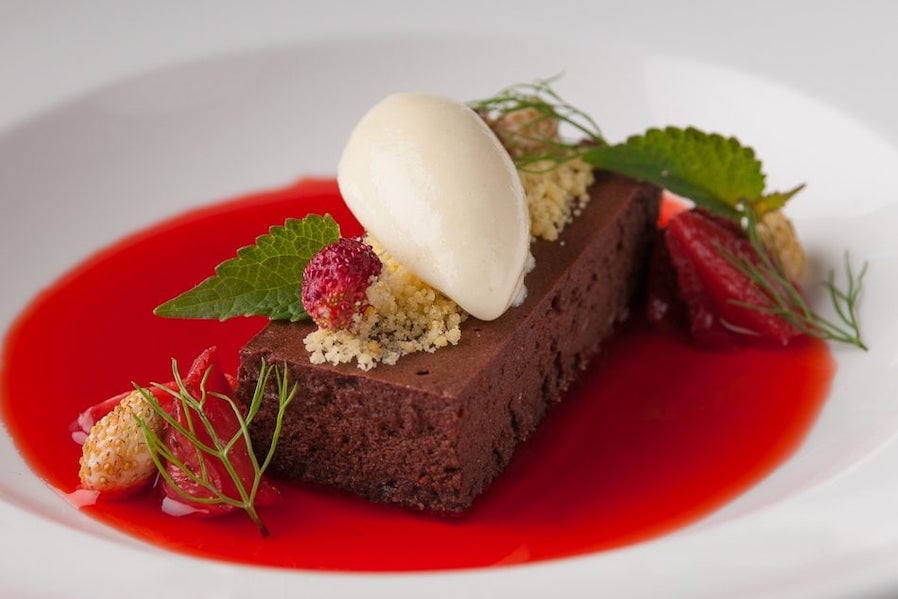 Chocolate marquise at Gracie’s. / Photo by Gracie’s via Yelp

Dash to this homey yet elegant New American beauty for its seasonal menu of similarly suave-but-still-unfussy plates. Consider, for instance, the house-made potato gnocchi with decadent milk-braised pork and spike of Calabrian chili, or the duck—sourced from Crescent Farms in Haverhill, Mass.—served with veggies and a sage-and-sour-cherry jus. Not sure where to start? Take your hands off the wheel and let acclaimed chef Matthew Varga drive you through a five- or seven-course tasting menu. All you have to do is enjoy the ride.

This bright and hip Japanese-fusion restaurant and sushi spot on Providence’s east side never disappoints with its raw fish game, from the classics—like pristine slivers of yellowfin sashimi—to fabled house favorites like the Red Dragon roll with avocado and crab stick, topped with whole eel. That said, the single standout might be the fried Tuna Crisp, a tempura-battered spicy tuna roll with hits of cream cheese. Afterwards, go all in on the fried front, and finish the meal with some deep-fried green tea ice cream.

Make global-plates spot Layali your first stop on a night on the town in Providence, especially if you’re heading to the Ocean State capital for a dose of its energetic LGBTQ nightlife—this bustling eatery is in walking (or stumbling) distance of legendary gay bars like the Stable, Dark Lady, Alley Cat, and more. Bring your crew and pick over all the small plates, especially the gorgonzola-stuffed dates wrapped in bacon, and the kicking Rhode Island-style calamari that’s served with pepper rings. The Eastern Mediterranean-accented menu also has some people-pleasing pizzas, including dessert pies topped with chocolate and strawberries or caramelized bananas. And the drinks? Oh, girl. If your goal is get lit, you can do much worse than the flaming espresso martini, plus there’s smoking cinnamon shots and sweet-but-sneaky rum punches to put you in a Provi-dancing mood. 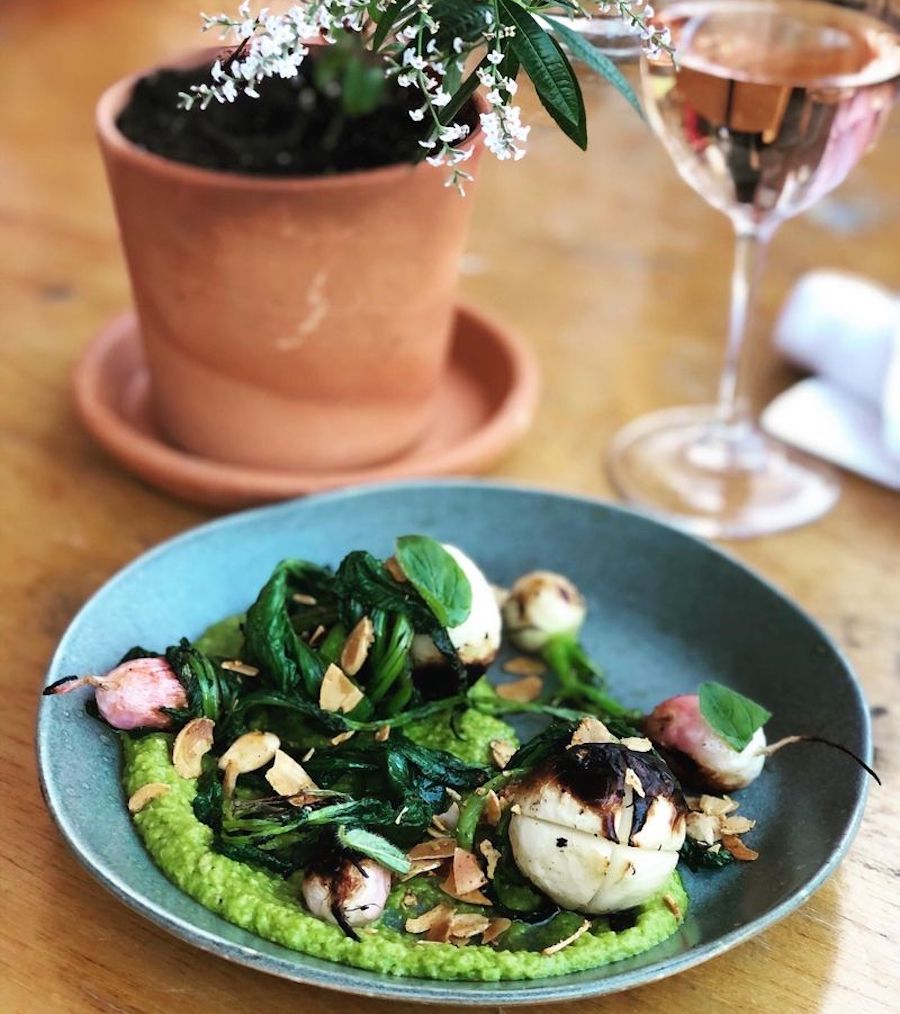 This New American spot’s small plates don’t pull any punches with their big, bold flavors. It doesn’t hold back on presentation, either: The seasonal New England eats, from the squash “carpaccio” to the basil-roasted half chicken with fresh veggies, are almost too beautiful to eat. Almost. Somehow, we’ll resign ourselves to tearing asunder the gorgeously grilled steak with the accompanying rich, duck-fat fries, or as well as the smoky pork chop brightened by griddled apples. 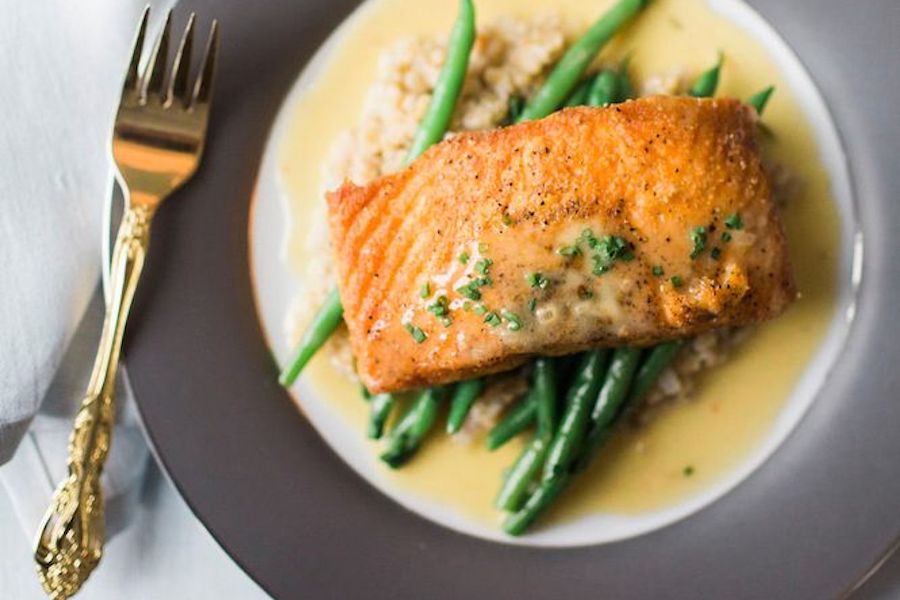 Come to this corner of Providence’s east side for the post-apocalyptic-chic views of a defunct railway bridge on the Seekonk River. Stay, though, for the seasonal plates served in a legitimately lovely 19-century bridge gatehouse-turned-restaurant. Considering the waterfront location, it’s probably no shocker that the seafood is a standout, especially scallops accompanied by an umami-heavy XO sauce made from dried shrimp. Don’t sleep on the brunch, either. We’re partial to the challah French toast and the Gatehouse omelet—the latter, filled with chouriço, peppers, and cheese, is a bridge to the area’s Portuguese-American heritage.