With their super-crispy crusts and edges of gloriously charred cheese, these uniquely Massachusetts-style pies are wicked iconic. 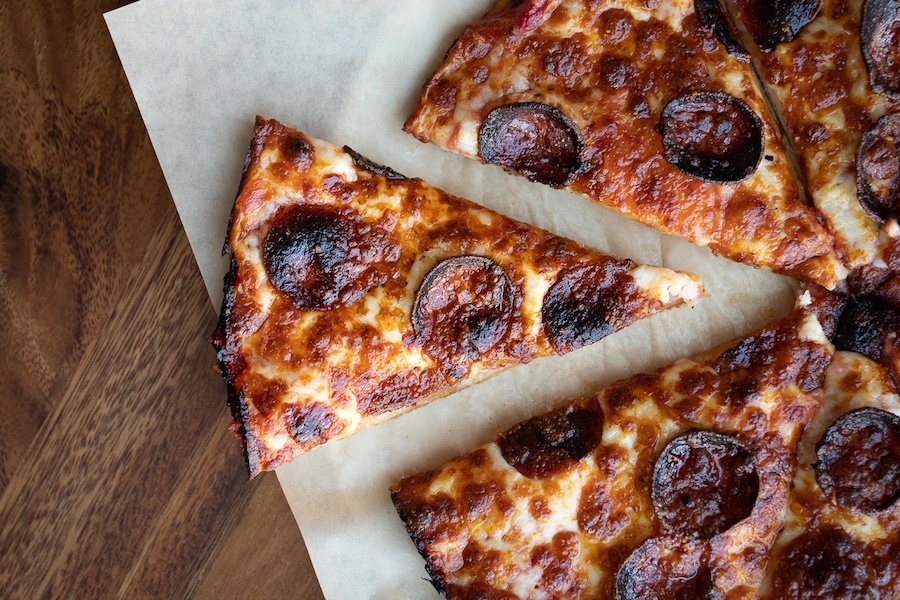 In the Bay State, “bar pies” are to pizza what “candlepin” is to bowling: a regional variation that is a source of great pride for true-blue Massholes (show of hands!) and leaves everybody else scratching their head, going, “huh?” If you’re among the uninitiated, we’ll explain. Originally designed as a simple, inexpensive snack to keep you guzzling cold brews at the bar, these pizzas—native to the South Shore, by the way—have spawned an entire local-food culture around their smallish, 10-inch size; thin, cracker-like crusts that get super crispy; and melted cheese that oozes all the way to charred edges. They are glorious. But where to get the best? We anticipate some food fights over the picks, as everyone has a favorite; here are ours, at least right now.

There’s a fraternal order-feeling fandom that surrounds Alumni, a pair of bar pie joints in Weymouth and Quincy (where the original, now-shuttered location first started cooking things up in 1960). They’re at the head of a working-class tradition, serving hot and cheesy rounds of crispy ‘za—including the Triple Pepper Roni, topped with pepperoni as well as sliced cherry, banana, and roasted red peppers—that are exactly what, after a long day shift, you want to share with buds over a round (or two, or three) of suds. 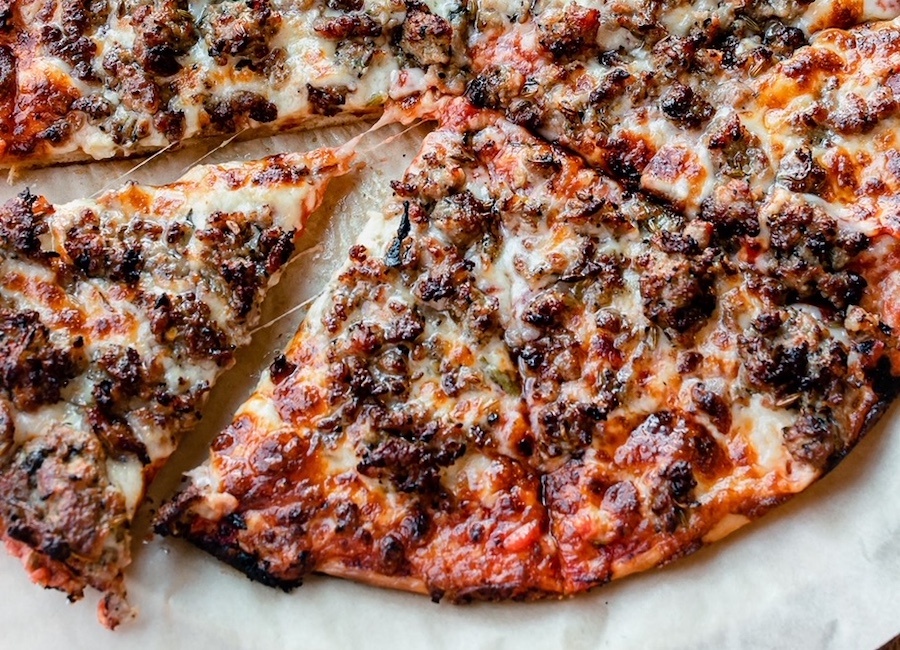 The IPAs, lagers, and other craft beers flowing at Castle Island Brewing’s new Southie taproom were already reason enough to pay a visit. Then we learned the place would also be serving bar pizza from the family behind Lombardo’s in Randolph, a sprawling catering and events venue (with nightclub) where every South Shore native has been to a wedding at least once. Now, even when we’re not particularly thirsty, we’ll swing by just for Bardo’s awesome pies, made with Castle Island beer-infused dough and topped with house made sausage, garlicky shrimp, hot-sauce’d chicken, and more. 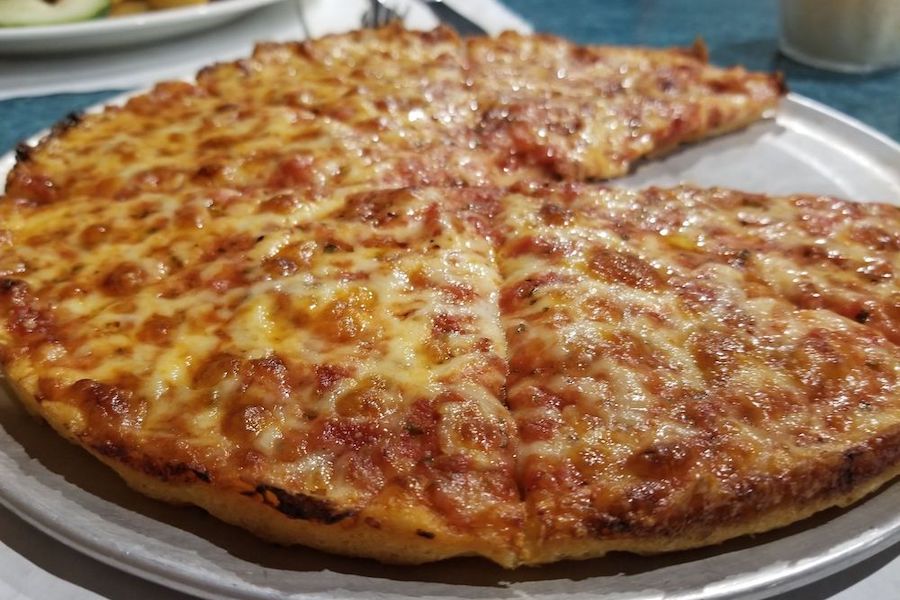 Cape Cod Cafe. / Photo by Marsha A via Yelp

One day, some intrepid, hungry anthropologist will finally provide us with a comprehensive history of bar pizza’s Bay State origins. In the meanwhile, we’re willing to trust Cape Cod Café’s claim that it’s the place where this style of pies got started (they’ve been around since 1939, after all). And anyway, there’s no doubt that they’re still a spot that does them best—across four locations now (Brockton’s was the first), and while shipping frozen versions to expat bar-pizza lovers across the country.

If you know, you know. What? Well, that one of the best places to get bar pizza is an operation housed inside a local American Veterans Post, which sort of sounds like a setup for one one of those old Saturday Night Live skits starring Jimmy Fallon as a Sox fanatic. Hoey’s pies are no laughing matter, though, whether topped with salami, anchovies, or anything else—and certainly not if you opt for the Fat Daddy, which promises “two times the dough, two times the cheese, and two times the sauce.” 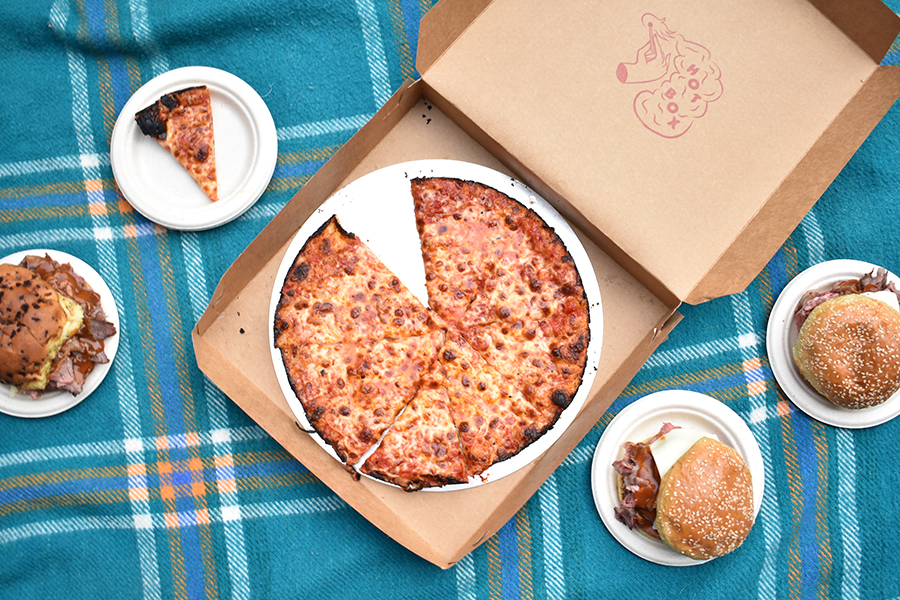 There’s probably some South Shore folks out there who haven’t yet made it to Hot Box, a takeout-only operation at Somerville’s Bow Market, and might be tempted to write it off as some citified-hipster, bar-pizza poser. That would be a big mistake. Hot Box’s perfectly crisped 10-inch rounds can stand up to any south of town, from the classic cheese pie to more nontraditional takes like the Brunch #1 topped with over-easy eggs and bacon-and-black-pepper gravy. (There’s a vegan one, too.) What’s more, Hot Box also specializes in North Shore-style roast beef sandwiches, for when you really want to argue over what region does what best. 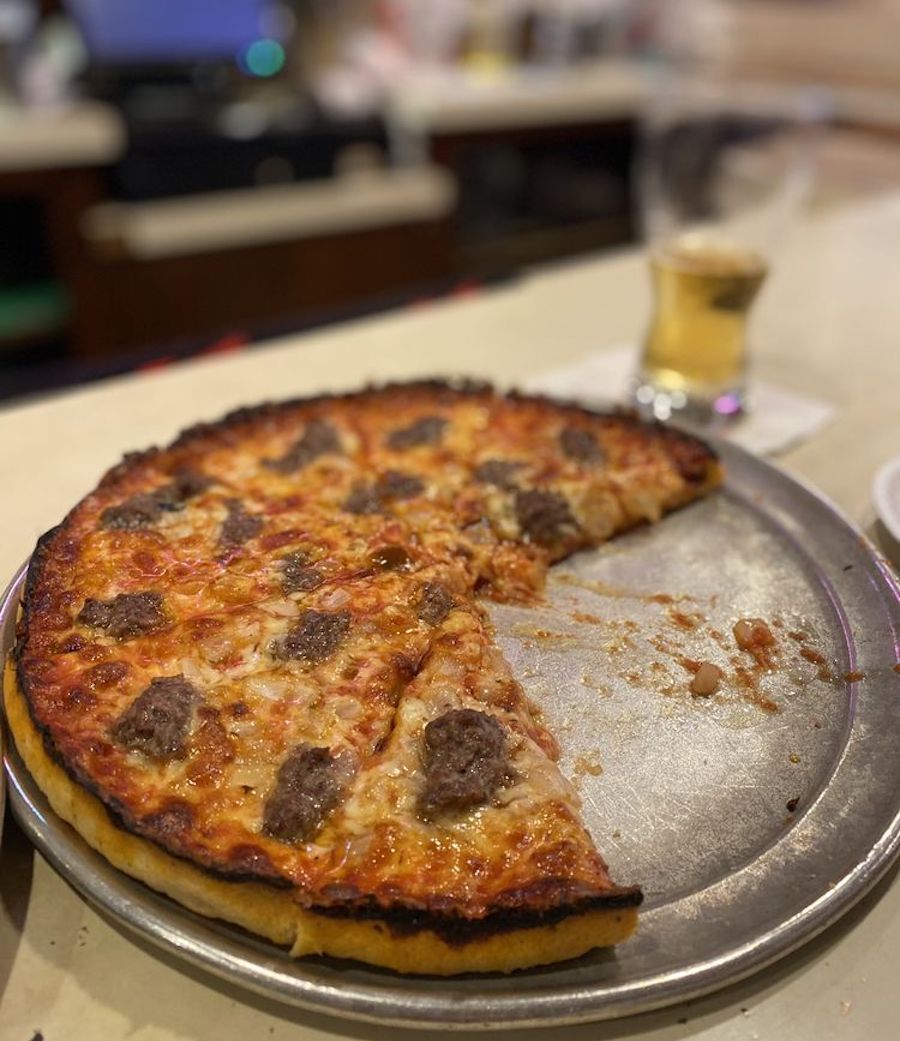 The Lynwood has literally everything you want in a South Shore town haunt: wood paneling, wood booths, burgundy bar stools, and a couple arcade games in the corner. Oh, and bar pizza—glorious, glorious bar pizza that is famous enough to tempt folks from all over. They come for the local color, they come for the cheap beer, and they come for the pies topped with Boston baked beans, in particular.

Poopsie’s is popular. Wicked popular. Popular enough that takeout orders might have to go unanswered during prime times. Should you make a go of it anyway, or better yet, pop over to the old-school-Mass. pub for a bar pizza topped with feta, chili, or ghost pepper cheese? Absolutely. Nobody likes a quitter.

Compared to some of the other landmarks on the list, Tinrays flies a bit under the radar. Don’t let that happen, especially if you like your bar pizzas with just a little more chew than some of the other, more cracker-like crusts that abound. The lodge-like joint still offers nice laced (that’s South Shore-speak for “burnt”) edges, though, to support fixings like green peppers, mushrooms, taco-style beef, and more. 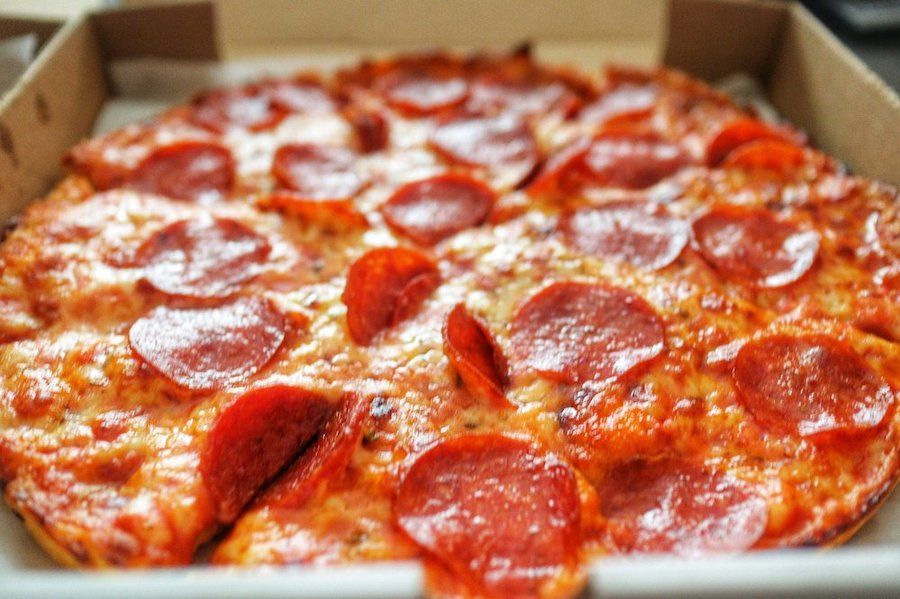 A giant among bar pie purveyors, Town Spa is a spacious parlor with the throwback vibe of a place your parents would have turned to in order to feed a whole team of little leaguers. Even after decades in the biz, though, the family-friendly, family-owned place (which has an entirely separate entrance just for its nightly onslaught of takeout orders) hasn’t slouched a bit—especially when it comes to its pickled-topped pizza, the house specialty. 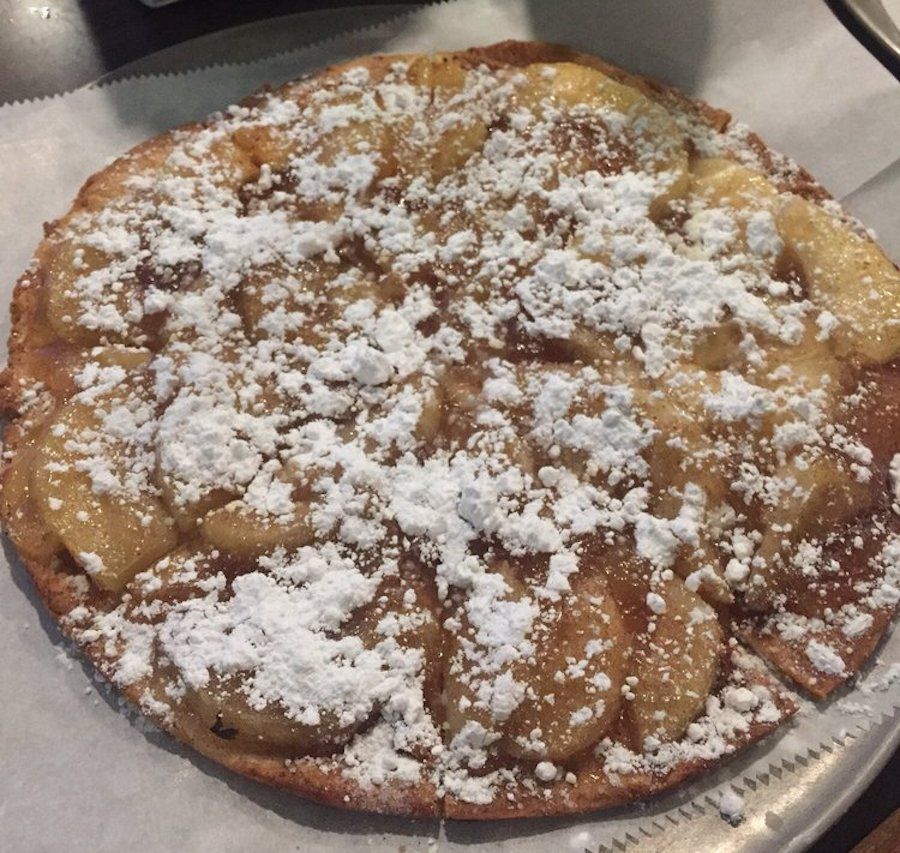 An apple cinnamon pizza at Venus Cafe. / Photo by Emily W via Yelp.

You will be smitten with Venus. Sure, its spare, no-frills dining room and nondescript exterior may not grab your eye. The beloved-for-a-reason bar pizzas, though, are beauts. In fact, not only does the place offer gluten-free dough, but it complements its traditional, savory pies with a selection of “sweet pizzas” topped with apple cinnamon, Oreo cookies, and more.