Eight of the Best Takeout Spots in Dorchester

You might not be able to travel abroad right now, but you can still take yourself on a culinary journey through Dorchester. Just bring a big appetite to Boston’s largest neighborhood, where the cuisine-spanning restaurant scene makes it easy to globe-trot from vibrant Trinidadian curries to heaps of Abruzzo-style pasta to overstuffed Vietnamese bánh mì. (Plus there’s always the spicy Cape Verdean fare at Restaurante Cesaria, one of the 25 hottest restaurants in the city right now.) Here are a few more to-go friendly eateries for satisfying your hunger and wanderlust. 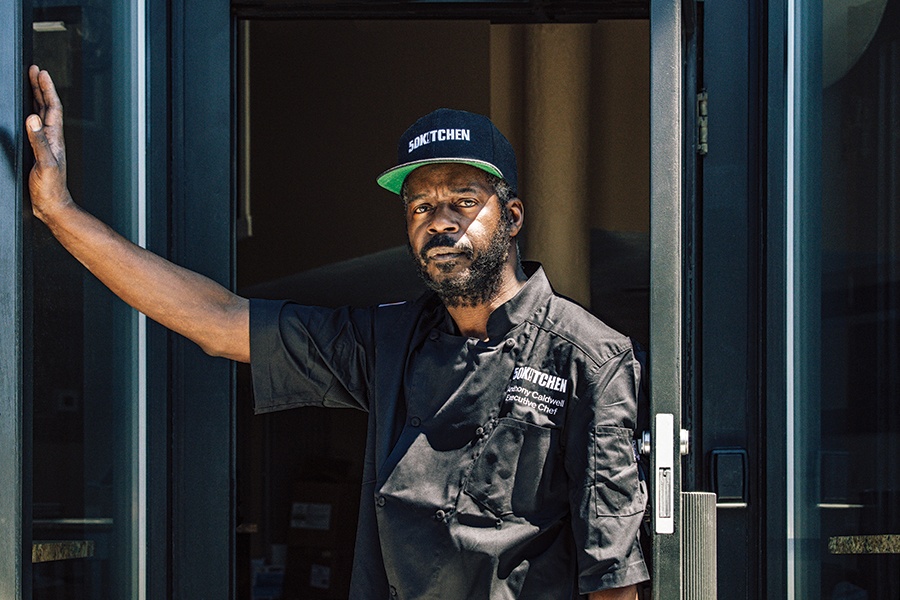 50Kitchen chef-owner Anthony Caldwell. / Portrait by Jessie Burke for “The Bostonians Giving Us Hope for the Future“

Chef-owner Anthony Caldwell’s menu at 50Kitchen is like a love letter to his Dorchester roots, as it fuses some of the American South and Asian cuisines that characterize many restaurants in the neighborhood. When it comes to this mission, the jambalaya egg rolls, served with gumbo dipping sauce, are a slam-dunk; so is the banh mi featuring smoked brisket. Comfort food cravings are additionally answered with the chicken and waffles, which arrive with rosemary maple syrup and house-made apple butter you’ll want to bathe in. And the cornbread? Here, it’s a honey-drizzled, deep-fried bite of bliss. 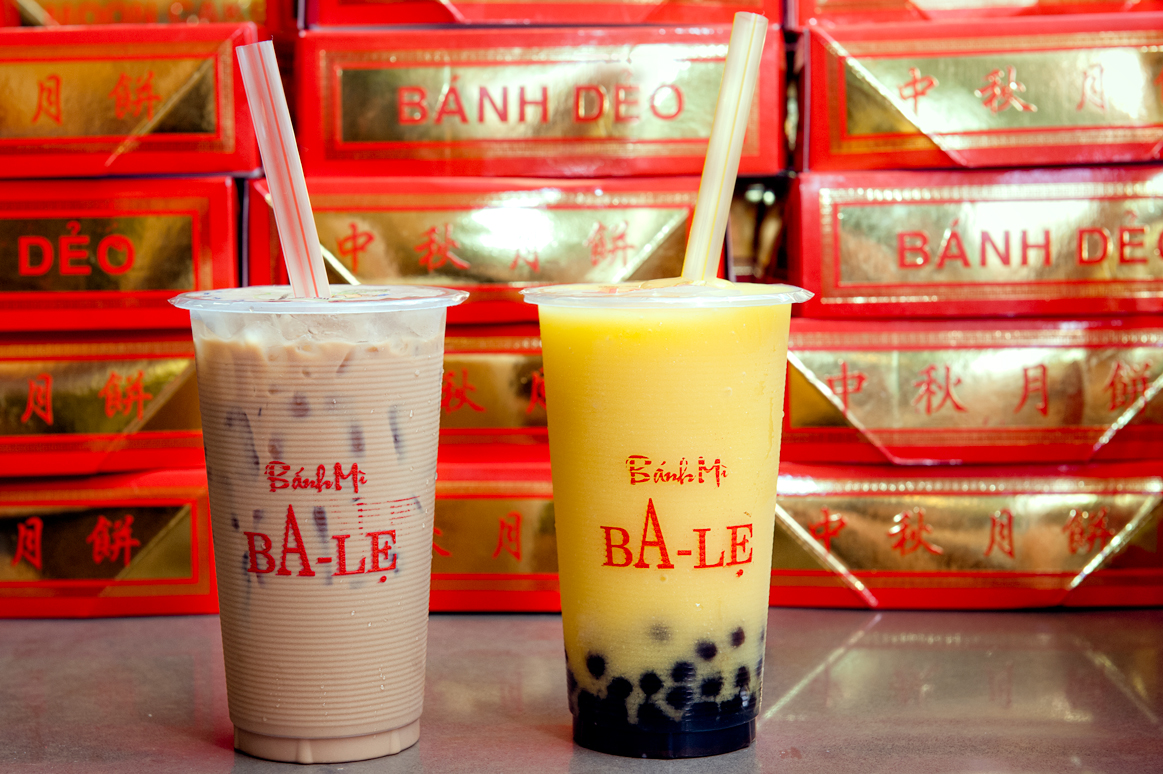 Ba Le’s bánh mì are some of the best around. These sandwiches slather a perfectly crumbly baguette with homemade mayo and fish sauce, then stack it with a feast of fillings: slivers of charred-edge barbecue beef, braised pork belly, or fish patty. Finally, everything is topped with pickled vegetables and cilantro. If you’re looking to eat on the cheap, know that all the sandwiches are under $7, which is enough reason to stop in several times a week—plus, that’ll leave a few more dollars for trying the spot’s generous portions of pork and shrimp lo mein, rice plates, and other goodies. 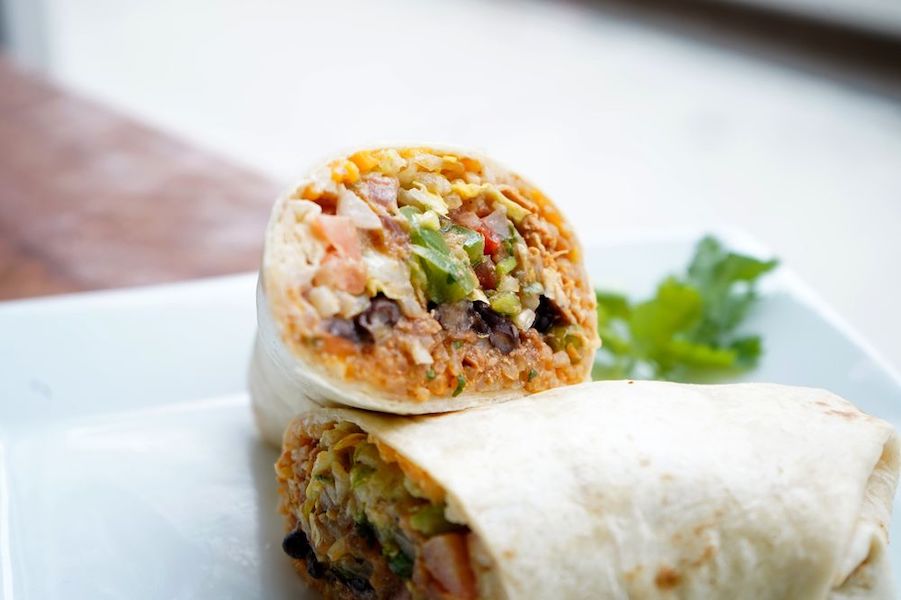 Photo by Dora Taqueria via Yelp

Dora upped the ante on comfort food in Upham’s Corner when it opened just before the pandemic hit at full force. Ten months later, like other restaurants in its position, the still-new Mexican spot could use your help—but then again, you could use a quesadilla, so consider ordering takeout to be a win-win proposition. Those gooey quesadillas are certainly generous gifts of meat and cheese, served with sour cream, hot sauce so spicy you’ll break a sweat, and cilantro-spiked salsa verde. Plus, the burritos and bowls—the grilled chicken, the slow-cooked pork carnitas, the paprika-packed chorizo—will make you forget charmless chains like Chipotle ever existed. Save room for the cinnamon and sugar-dusted churros with dipping sauce, too.

While Landmark’s legendary menu of late-night-owl noshes is currently on pause, you can still find most of its offerings on the main dinner menu. Just look to the snacks section, which is the stuff of midnight-munchies dreams: Buttermilk-soaked fried pickles served with spicy mayo, crispy-edged yet spongey pretzel bites for swabbing up nacho cheese and honey mustard, the delicious culinary melting pot of buffalo chicken rangoon with blue cheese dip. If you’re in more of a full-meal mode, the braised short rib, so tender it falls apart at a fork-lift, is a must-try.

Four words: Wings by the pound. Along with thin-crust pizza and a sprawling menu of burgers, subs, and other favorites from all those red-vinyl-booth’d pizza parlors of your youth, Pantry peddles buckets of boneless chicken wings (plus various dipping sauces) in portions that range from one to six pounds. The pizza options, meanwhile, run from standard to specialty: There’s the no-frills cheese pie as well as the Dot Dot Dot loaded with alfredo sauce, chicken, broccoli, and ziti (for when you can’t decide between pizza or pasta). Plus, the menu section devoted to loaded potato skins is a thing of beauty—it transforms the humble tuber into a blank canvas for a boatload of toppings, including a Thanksgiving-style combo of turkey, stuffing, cranberry sauce, Swiss cheese and gravy. 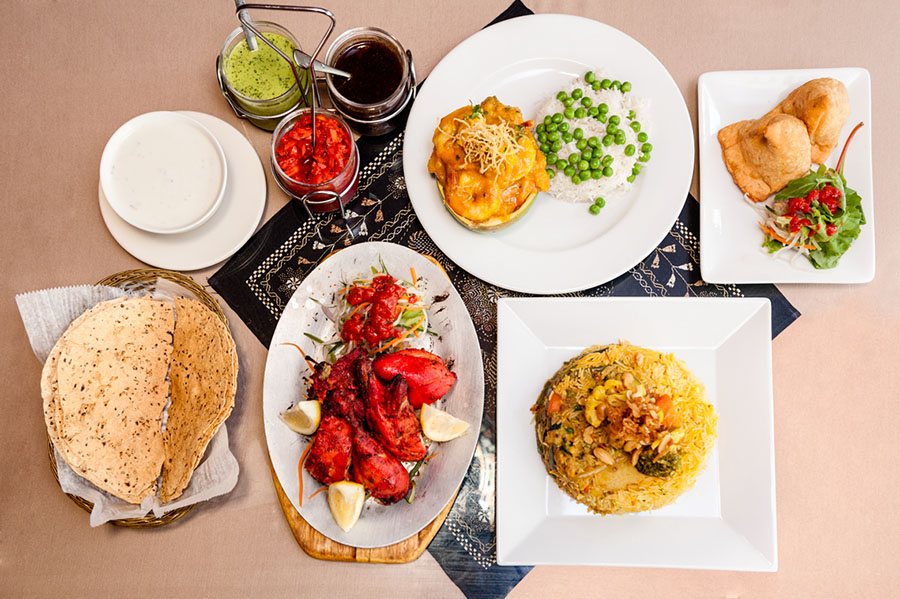 A spread from Shanti. / Photo by Chelsea Kyle for “A Chef’s Guide to Eating Well in Dorchester“

Like its sibling spots in Roslindale and Cambridge, Dorchester’s Shanti outpost tests the willpower of hungry patrons. Sure, you’re beyond stuffed, but will you continue to sop up creamy korma with more garlic-flecked naan? (Answer: Yes, absolutely.) The menu boasts tandoor-oven specialties and flavor-rich curries (see the shrimp Malai curry with coconut, zippy ginger, and raisins), as well as tons of veggie-friendly favorites—say, spectacular saag paneer with homemade cheese. Go for the goat, too, especially the Hyderabadi biryani rice dish graced with tender chunks of meat and served with cooling raita to curb the curry kick.

While the enormous portions at this Caribbean takeout spot mean that you can easily split entrees with one or two people, it’s hard to resist housing an entire roti of curried goat and potatoes yourself. Indeed, the stars of Singh’s menu are the namesake roti wraps: unleavened whole-wheat flatbread that’s grilled and stuffed with your choice of protein—curried shrimp, jerk chicken, oxtail and more—along with sides like chana potatoes and plantains. Still, all the dishes sing with stewed-for-hours flavor, including homemade beef meat pies with a lip-burning paprika punch. While you’re at it, be sure to pick up some pholourie (pillowy fritters served with tamarind sauce) for snacking throughout the day. 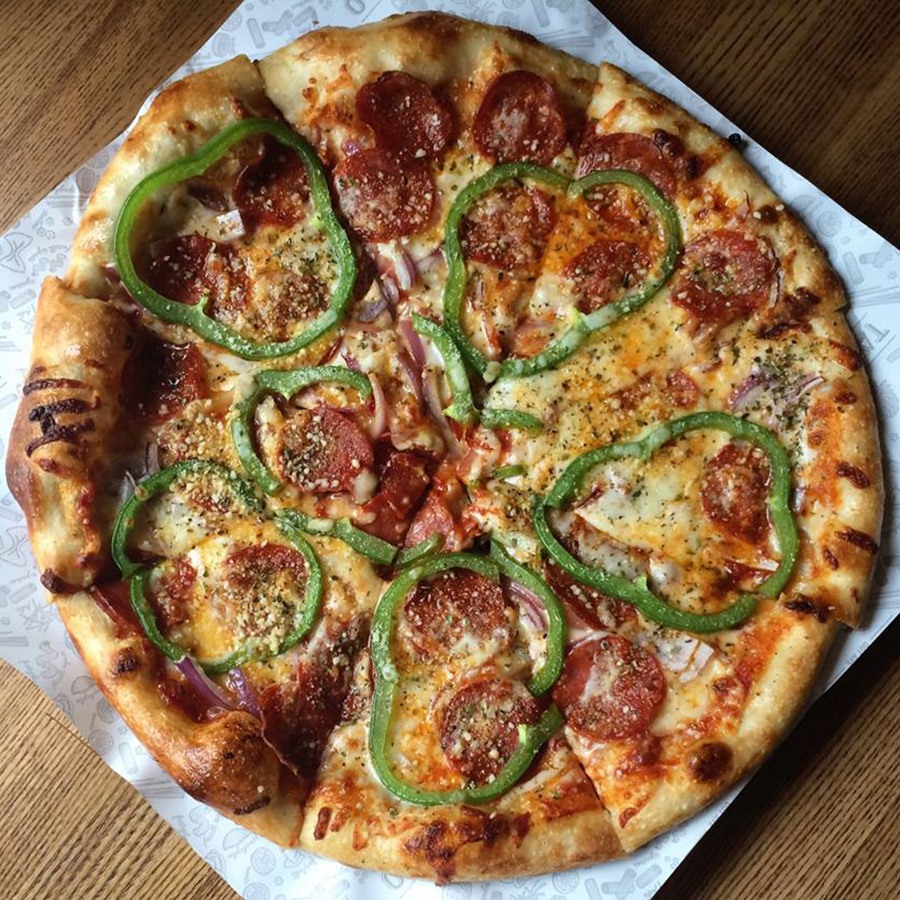 Tavolo whisks you to Italy by way of Ashmont with their house-made pastas and amaro-infused cocktail program. Appetizers of rosemary focaccia and mussels arrabiata with pancetta, shallots, and grilled bread (for dunking in kicky red sauce) are perfect prologues to the crispy pizzas, including one kale pesto- and prosciutto-topped winner that’s drizzled with sweet and slightly smoky balsamic. The greatest stunners, though, are the pastas—and we’re especially partial to the salty-creamy dopamine hit of the carbonara with crispy pancetta, egg, and romano cheese. But really, whether you opt for ribbons of fresh fettuccine, classic spaghetti, or little flavor bombs of gnocchi, you’ll find warm, carby comfort on frigid nights.