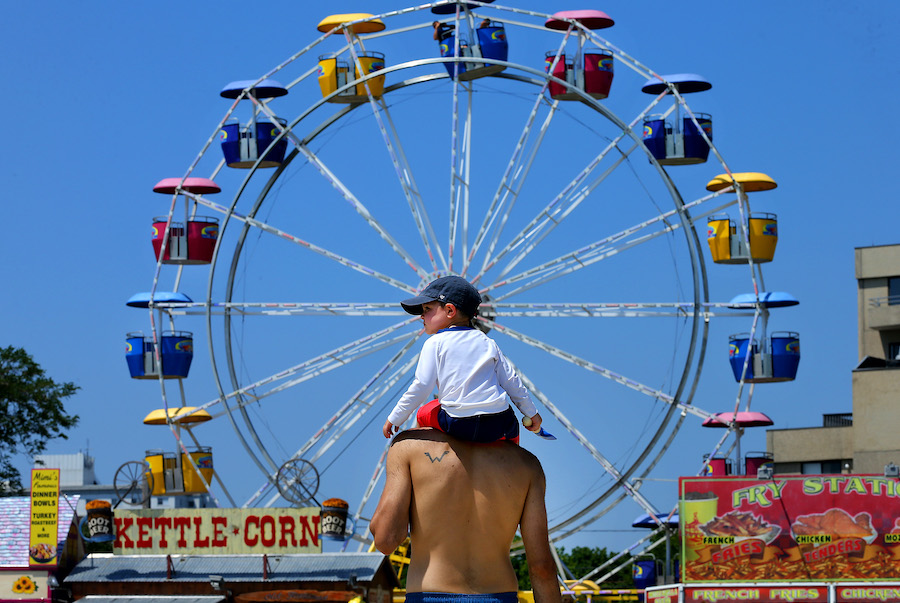 We’re midway through summer, so if you haven’t already worked in some trips to a local beach—well, there’s no time like the present. Revere and Winthrop beaches are some of the easiest to get to when you want to stay close to the city, of course, but where to scoot for a quick lunch or a leisurely dinner when the day is done? Here are some of our favorites for when you forgot (on purpose) to pack a cooler.

Before you read any further, let’s get this out of the way: Yes, we know that the original Kelly’s Roast Beef is on Revere Beach. It’s a landmark! The birthplace of the most famous mini-chain on the North Shore, our region’s roast beef paradise, etcetera, etcetera. But you already know about it, so please let us direct you to a more hidden gem in Revere’s Beachmont neighborhood. It’s a former Best of Boston winner for serving prime sandwiches—nicely sliced piles of pink beef on an onion roll with classic condiments like BBQ sauce and mayo—from spare digs a stone’s throw from the south side of the beach. Beat it over. 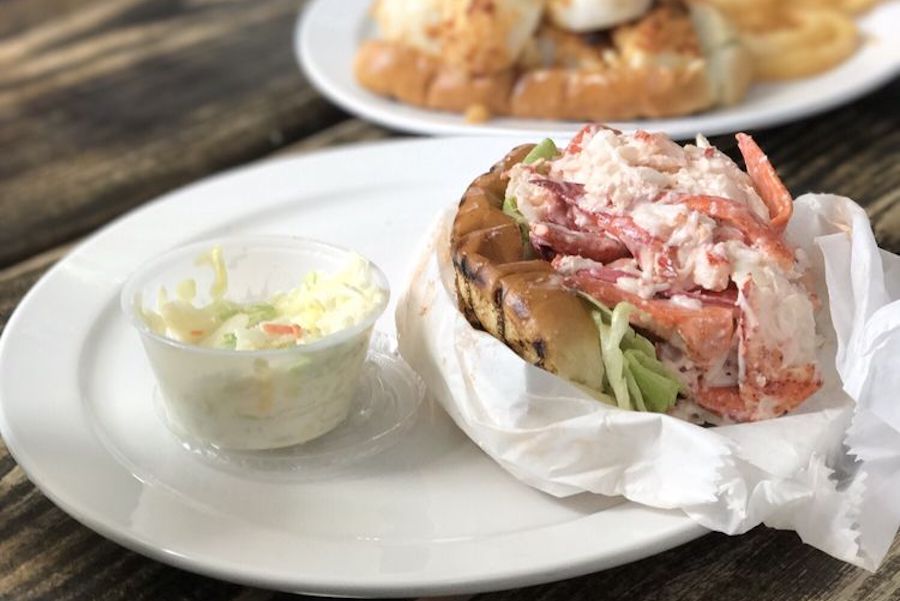 Photo by Scott W. via Yelp

It’s not a summer beach day without a stop to grab fried seafood somewhere, and Belle Isle is perfectly positioned between Revere and Winthrop beaches to serve as a stop to or fro. We vote for fro, though, because we think you’ll find that one of the city’s best lobster rolls reaches new heights when enjoyed on a patio with dusk-time views of the water and Logan airport takeoffs. Before you depart, though, a reminder: It’s cash-only, bring some bills.

Bianchi’s used to be a cash-only joint, too. That never stopped fans from lining up at the beach-side spot for piping-hot, thin-crust slices topped with cheese, pepperoni, or anchovies. Now that the 1952-founded business has relocated to a new address less than a quarter-mile up the beach, though, Bianchi’s has stepped into the modern age with a spiffier setting for having a beer or cocktail with your pie, plus—hurrah!—they now take plastic and mobile payment. You’ll no longer need to hunt for spare change in the sand when the craving hits and you’re caught cash-less.

You know what you need after a long day at the beach? To go swimming in a scorpion bowl at Billy Tse, a Chinese and pan-Asian outfit related to the same-named restaurant in the North End. And what do you need with all that tropical-tasting rum and fruit juice? A pu-pu platter loaded with egg rolls, beef teriyaki, and crab rangoon, as well as steamed wontons, lo mein, and moo shi shrimp. Grab a seat at the bar, or grab takeout to bring Billy to the beach.

When it’s time to cool down from a hot day, there’s always ice cream. But sometimes, to be honest, nothing hits the spot like spicy food during or after a day in the sun—after all, your stomach deserves a dose of soul-warming rays, too. And for that there’s Bridges, a lovely little Nepalese restaurant on the road between Revere and Winthrop beaches. Steamed momo dumplings filled with chicken and served with chili sauce, yellow peas simmered with ginger and garlic, goat curry, and other subcontinental cuisine is the thing here, and it’s all delicious. 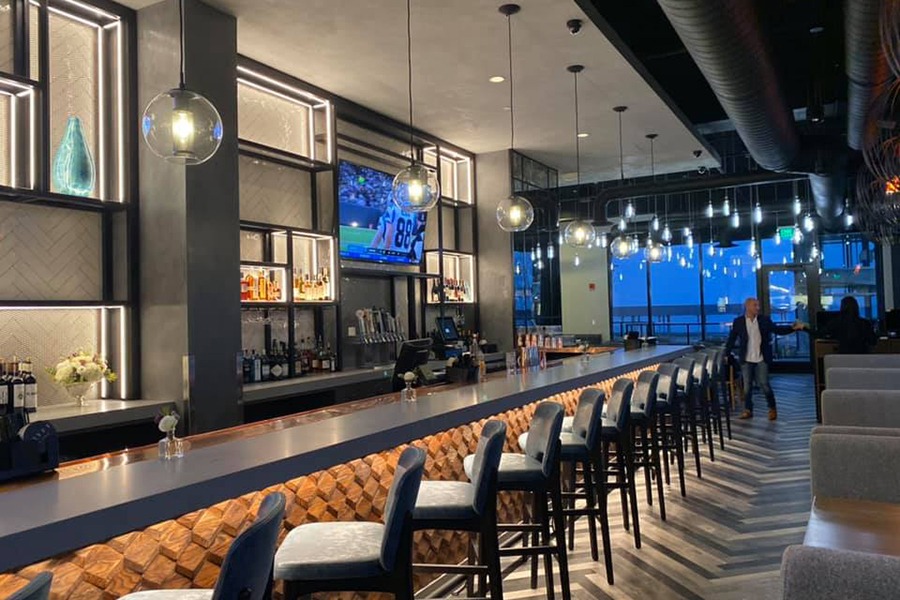 One of the newest dining options on Revere Beach, Dryft is a sleek spot. It’s less the kind of place you head to with sand still in your flip flops (at least shake them out before you grab a seat for lunch on the waterfront patio) and more a place for dinner and drinks on the beach-side strip that is Ocean Ave.—you know, after you’ve pulled on a real shirt and showered yourself in a couple sprays of cologne. Then it’s nothing but cool cocktails, ice-chilled oysters, mains like butter-poached lobster risotto, and pasta bowls filled with shrimp scampi. This will do. 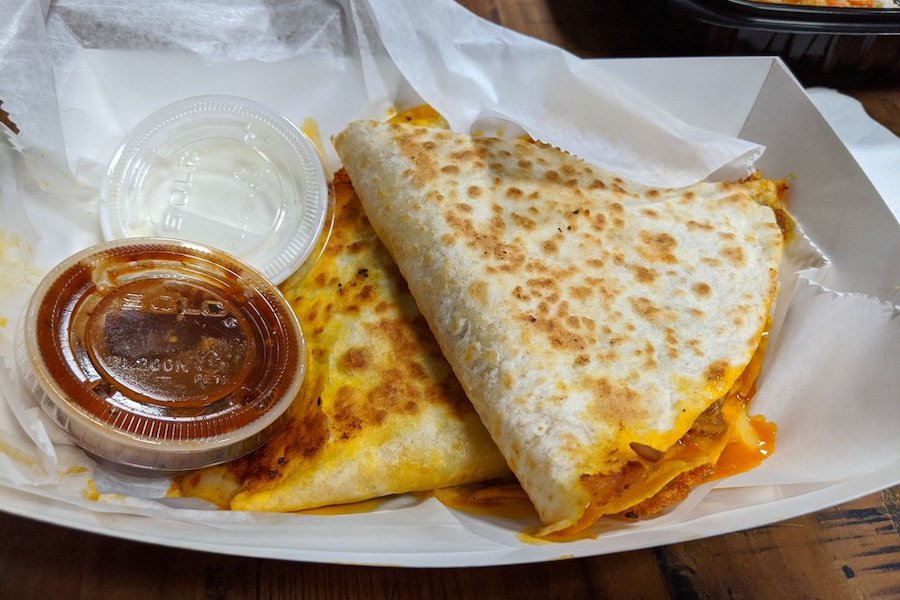 Quesadillas at Esquite. / Photo by Marshall H. via Yelp

After years spent selling elotes from street carts all over the Boston area, the Moreno family has opened a brick-and-mortar restaurant that brings Mexican street food to Revere Beach. You want tacos? You’ve got ’em, with fillings like braised beef and pulled pork. Tortas? Absolutely, and the sandwiches come stuffed with everything from chorizo to refried beans to queso Oaxaca. And yes, all the steamed corn cobs are here, too, slathered with chipotle aioli, fiery black salsa, lime and salt, and more.

Revere Beach isn’t exactly a trip to the Aegean, but it’ll do the trick on a weekend—especially if accompanied by some tasty Turkish delights from Istanbul Diner Cafe. Hot shawarma, shish kebab, and falafel plates, cooled down with tahini or yogurt sauce, are all winners, and the baklava is always a sweet finish to a summer day.