Chart a course for all the seafood you can swallow, plus spicy shrimp rangoons and lick-your-plate desserts. 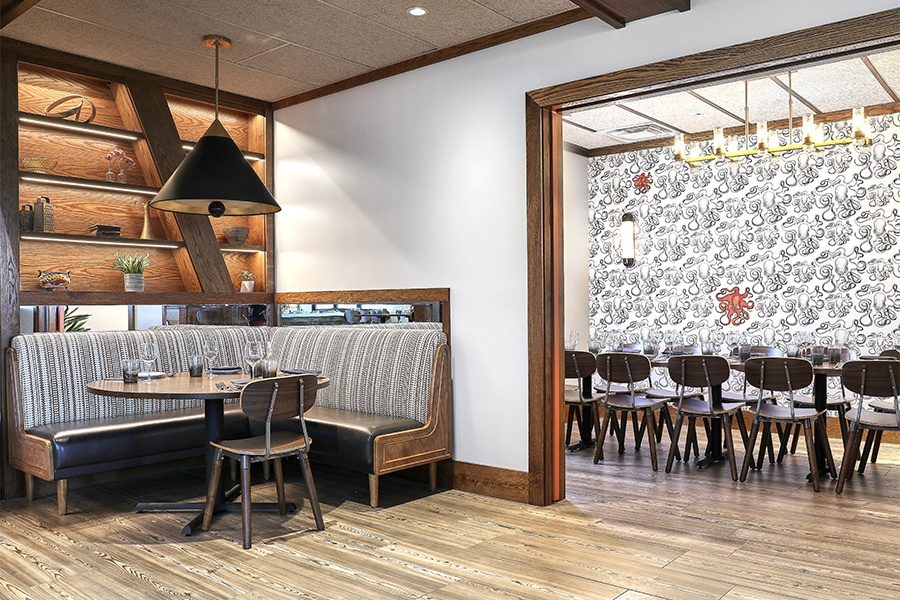 Newport might be famous for its Gilded Age mansions, pristine beaches, and bustling Thames Street, but there are definitely other reasons to give in to the tidal lure of this Ocean State spot. Namely: Cali-Mex cuisine, luxe French fare, and raw-bar hopping while you soak up the sunset over the sea. Savor all these and more as you flow down this list of eight spots that make waves in this seaside city.

A breezy, laid-back spot on Bowen’s Wharf, Diego’s transports diners from Newport to the West Coast with Cali-style Mexican fare combined with killer cocktails. Among the mammoth menu of street tacos, appetizers, larger plates, and shareables (that is, if you’re feeling benevolent enough to split an order of the spicy shrimp rangoons with butternut squash), be sure to try the charred mushroom and cauliflower quesadilla and the slow-cooked Adobo duck empanada that’s served with a side of house spicy duck gravy. And the crack fries? As addictive as they sound, with crisp, hand-cut potatoes slathered with Oaxaca cheese and garlic aioli. Set your clock to island time with tiki drinks, such as the dark rum-rich Painkiller with a dusting of nutmeg, or book a mescal flight.

Not all of Newport’s restaurants are fish-and-chips-slinging, nautical-themed joints. Case in point: the sleek industrial vibe of this bustling grill, bar, and beer garden right on Thames Street. As close as you are to the sea, you can absolutely dig into some grilled octopus served with almond sauce and grape salad before an entrée of today’s catch. But do yourself a favor and traipse more into turf than surf, especially the lamb poutine—a feast of hand-cut fries topped with chili oil, plus cilantro that cuts through the roasted-garlic cheese curds—and the marinated skirt steak with zippy chimichurri sauce. If the raspberry-ice martini, delighting with both Chambord and fresh-pressed raspberries, isn’t enough for dessert, spring for the famed sticky toffee pudding. You’re welcome!

You won’t find stuffy white tablecloths at Franklin Spa, the casual and well-loved spot that offers a breather from tourist traffic. Like the grub at your favorite diners, the menu is a novel of nosh—patty melts oozing with cheese, salads topped with crab cakes, and grilled muffins, to name a few. Be sure to bookmark the spot for its exceptional breakfasts. The wild Texan omelet with house-made chili and cheese, for one, lassoes big flavor, while plates like the Azorean sandwich with grilled chourico, egg, onions, peppers, and cheese served on grilled sweet bread shout out the area’s Portuguese population. And the raisin-bread French toast, dredged first in cinnamon-egg batter, lives up to the “spa” name, offering full-body bliss.

Even though Giusto only opened in September 2021, it already nails stalwart flavors (see: the rigatoni with rich lamb ragu and the whole-wheat casarecce with braised pork). As a “freestyle Italian” eatery, the ingredients often chuck the rulebook. Here, kiwi butter boosts basil and parm in the prosciutto agnolotti, and the combo of n’duja (a fatty and spicy pork sausage loved in southern Italy), orange, and peppadew peppers in the stuffed littlenecks dish is downright rebellious. Pro tip: At $55 a pop, the tasting menu is a more budget-friendly way to enjoy the whole bounty.

Much like adding lobster to anything—say, Jo’s house-made, pickle-topped burger—prixe fixe is a sure bet. Served Sunday through Thursday, the two-course prixe fixe menu takes the guesswork out of dining by curating the house specialties for you. Pair the rich clam chowder with pan-roasted salmon, its savory-sweet kick owing to a bourbon glaze, or the shrimp served with a sea of creamy cheddar grits. At $25.95 per person and including a glass of wine or beer, you’d be hard-pressed to find a more affordable spot to hunker down with a hanger steak that’s crowned with a dollop of house-made herb butter. And since that cinnamon-peach bread pudding is calling your name, go ahead and splurge for an added dessert. Leaving Boston means you’re basically on vacation, right?

Say g’day at this quirky Aussie-themed café, breakfast joint, and smoothie bar, where Down Under flavors meet down-home cooking. The milk bar is the Australian cousin of the American diner, and you can see the family resemblance with plates of buttermilk pancakes and breakfast sandwiches. Or keep it simple with a cup of joe and vegemite-slathered toast. (For the record, those that detest Australia’s divisive and oft-villainized yeasty spread are just plain wrong.) For lunch, meanwhile, look to the rosemary-packed Aussie lamb sandwich or rip into a hot meat pie—also available to take home cold or frozen to ensure you can return to the Outback later.

The Mooring Seafood and Kitchen Bar

Dropping anchor for dinner at the Mooring, set right on the historical waterfront with sweeping views of the boats, is as reliable as the tide; you can count on a delectable meal every time. Roll up your sleeves for feasts of two-pound lobsters with warm drawn butter and potatoes, plus seafood pasta boasting pan-seared scallops and shrimp in a fiery arrabiata sauce. Or skip the stove altogether and rollick through the extensive raw bar, replete with fresh oysters, chilled white Mexican shrimp, and whole chilled lobster with all the trimmings. Indecisive/ravenous? Spring for the Poseidon’s bounty of the grand shellfish platter. And forget dessert; the lobster and shrimp fritters found in the “bag of doughnuts” appetizer might have you swearing off the sweet course all together. 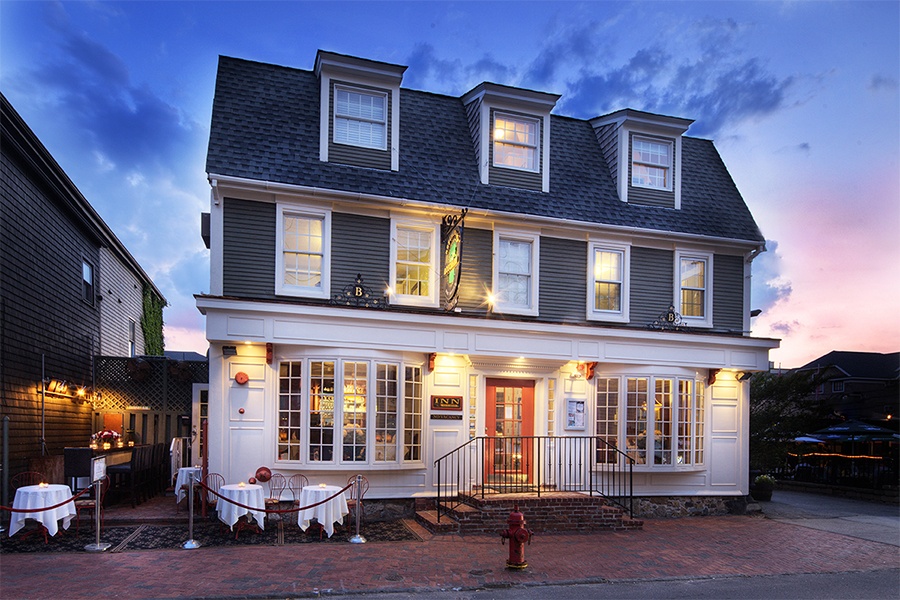 Did you give in to the gluttony at this favorite French place and now you don’t feel like driving home? Book one of the Bouchard’s six rooms above the restaurant. Whether you’re tucking in or hitting the road, set a course for fine fare dished out prix-fixe style, with a four-course seating from 5-6 p.m., and a five-course seating at 7:30 p.m. The menu changes frequently, though expect a focus on luxe French connections. Think: escargot with brown butter sauce, duck breast with a zippy sauce of lingonberry and green peppercorn, and sole with a classic beurre blanc sauce brightened by chives.