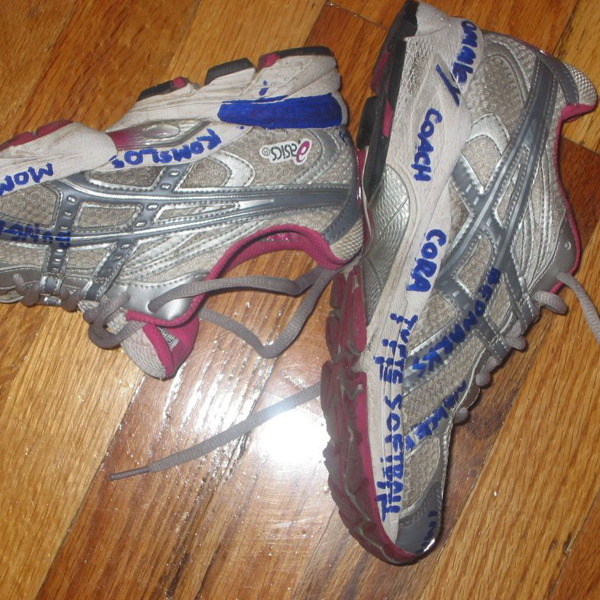 An emergency text message from my employer woke me just before 6 a.m. on Friday, April 19. It said, simply: “The office is closed, do not leave your home, turn on the news.” The message was the beginning of a day that juxtaposed intense fear with the helplessness and (at times) boredom of sitting inside, watching the drama unfold, waiting for the manhunt to end. This is a story of the lockdown by the numbers.

Degrees in Fahrenheit it was in Boston on the day of the lockdown: 72

Minutes she spent lying on her deck that day, in the sunshine, trying to concentrate only on breathing the warm air in and out: 11

Miles her husband was from home during the daylong ordeal: 989

Text messages she received inquiring about her safety and general state of mind: 53

Phone calls she received from her mother: 5

Seasons of Homeland she told her mother she intended to watch after living a real-life episode of the show: 0

Occasions she said the same thing when 24 premiered two months after 9/11, when she was 23 and living in New York City, worried threats to blow up the Empire State Building might be real: 9

Electronic devices she used to track news about the manhunt: 5

Hours her dog had to hold it before she was brave enough to walk around the block: 6

Times she actually considered having her dog poop in the bathtub, as her mother had suggested: 1

Years the hunted suspect had been alive: 19

Miles from her apartment the suspect lived with his older brother, the other suspect: 1.2

Blocks between her apartment and theirs: 13

Nights last summer they may have stood together in line for ice cream at Christina’s in Inman Square: 7

People they killed or injured with two homemade bombs at the Boston Marathon finish line: 3 and 286

Occasions on which President Obama traveled to Boston to mourn their deaths: 0

U.S. Senators who voted, two days after the bombing, to kill any legislation that would strengthen gun control laws: 45

Consecutive minutes of television she watched: 334

Minutes she spent organizing and reorganizing her closet later that afternoon when reporters had no new information to share: 74

Minutes after listening to the press conference during which the Governor ended the lockdown and suggested the suspect had escaped, emergency vehicles went screaming past her car as she drove northwest on Mass Ave: 12

Hours Boston-area residents were on lockdown: 15

Promises she made to her herself after finishing that race to never, ever run a marathon again: 101

Minutes she needs to shave off her best-ever marathon time to qualify for Boston: 17

Like every other Bostonian, I’m heartbroken for the injured, the deceased and their families. I can’t get used to seeing my neighborhood’s street corners broadcast on national television. And I hate that so many runners—all of whom came to Boston to test their limits—weren’t able to experience the free-wheeling joy of running unabashed down the middle of Boylston Street, fueled by high fives and cheers from thousands of happy people. There’s nothing like it.

[The shoes in the photo are the shoes I wore during the 2006 Boston Marathon. The names on the shoes are the people who donated money to the Tufts Marathon Challenge.]